The solo exhibition by Tegene Kunbi, born 1980 in Addis Abeba), pursues his exploration of the language of color and geometric forms. 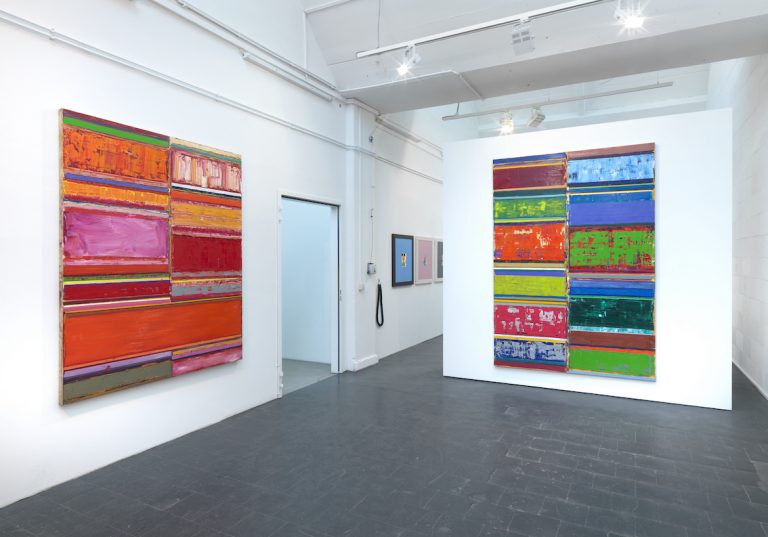 The alternating glowing and fading colors distinguish his paintings with a visual steadiness that engages the viewer in an investigation of a fundamental African aesthetic. Inspired by the cultural heritage of the people of Ethiopia, native landscapes and his own experiences in society the artist uncovers his country’s legacy. The combined oil and textiles on the surface of the canvas engage in an intense dialogue of substances, and each hue interacts with the other to form a sense of harmony. Kunbi creates his paintings using color as the vocabulary of his vision, reconciling together the richness of hues and the straightness of forms. The geometric structure of the paintings reflects the Ethiopian textiles used in religious ceremonies.The artist claims that the process of painting is for him a ritual as well as a struggle to regain a form of spirituality. 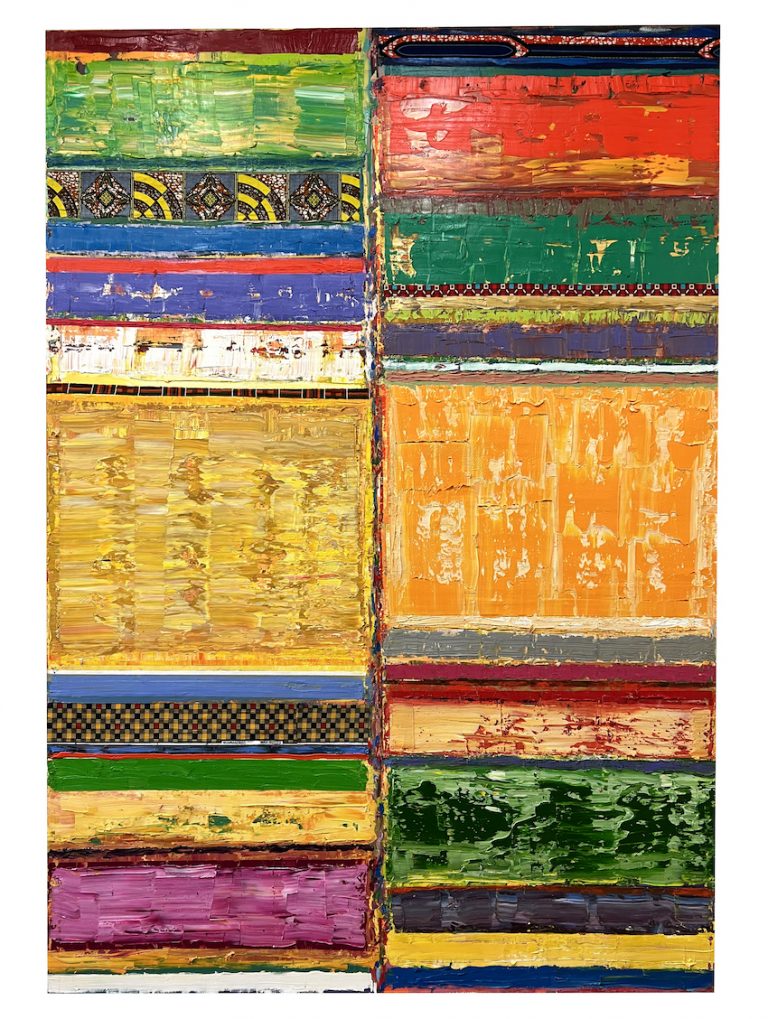 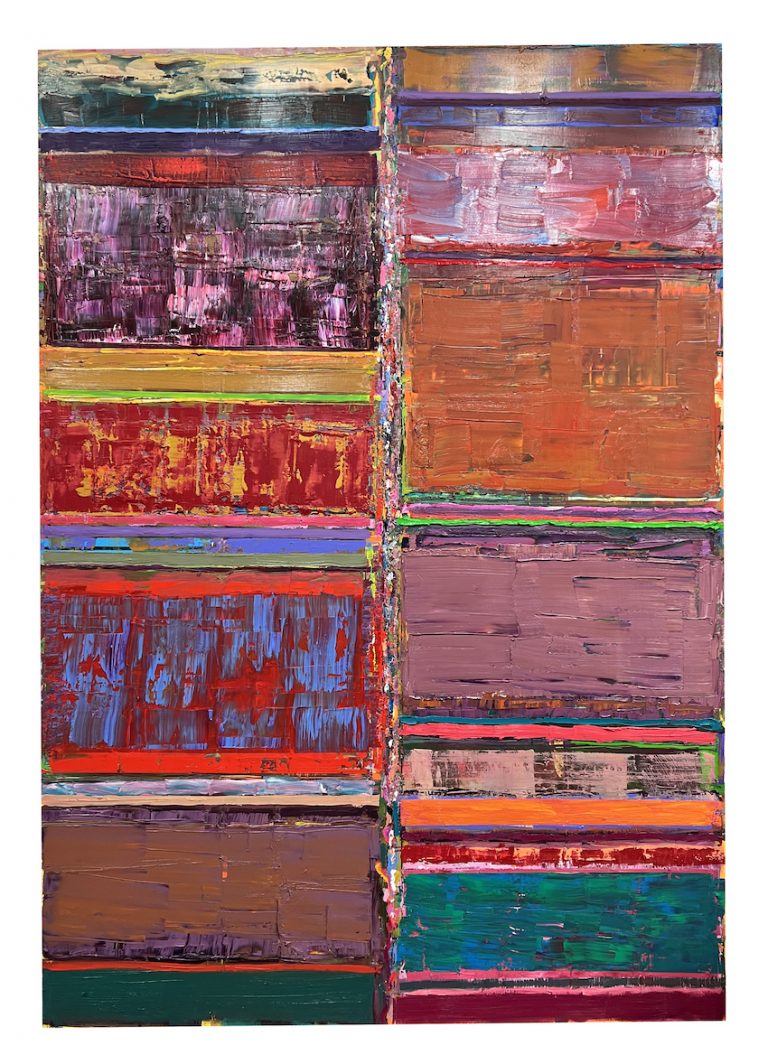 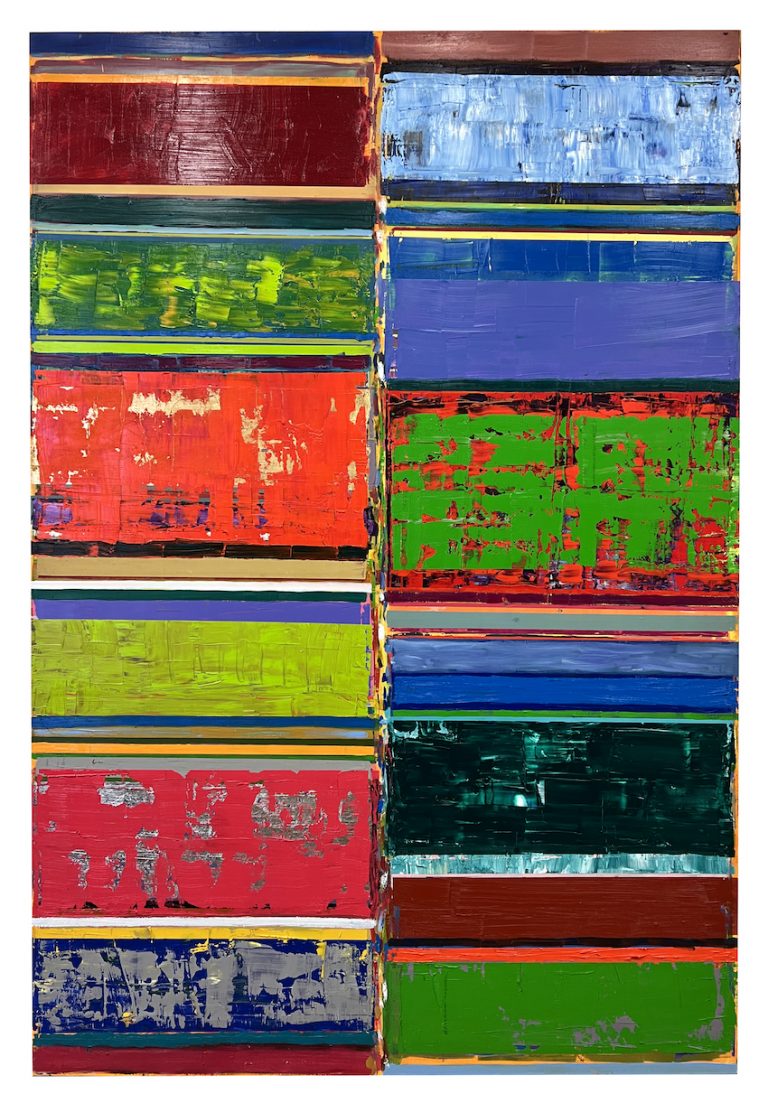 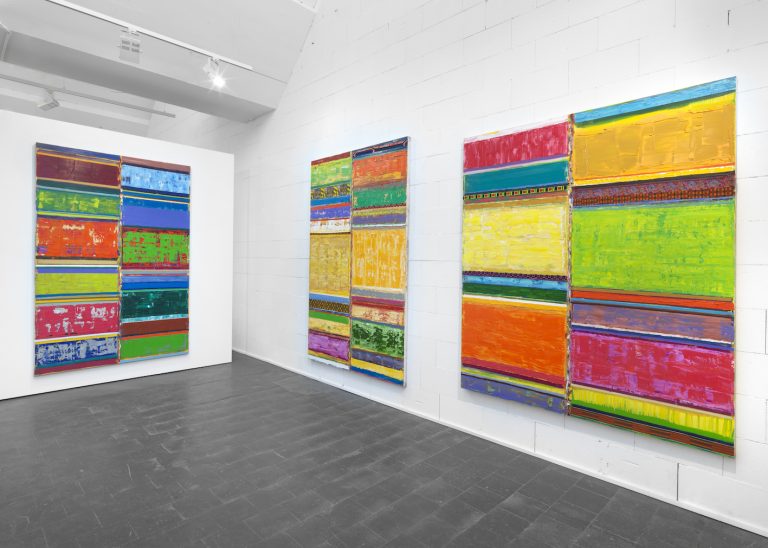 Tegene Kunbi studied fine Art at 2000-2004 Fine Arts School, University of Addis Abeba, 2007-2011 at the Universität der Künste Berlin, where he has been based since. This year Tegene Kunbi was awarded the Léopold Sédar Senghor prize from the President of the Republic as part of his participation in the Dakar Biennale. 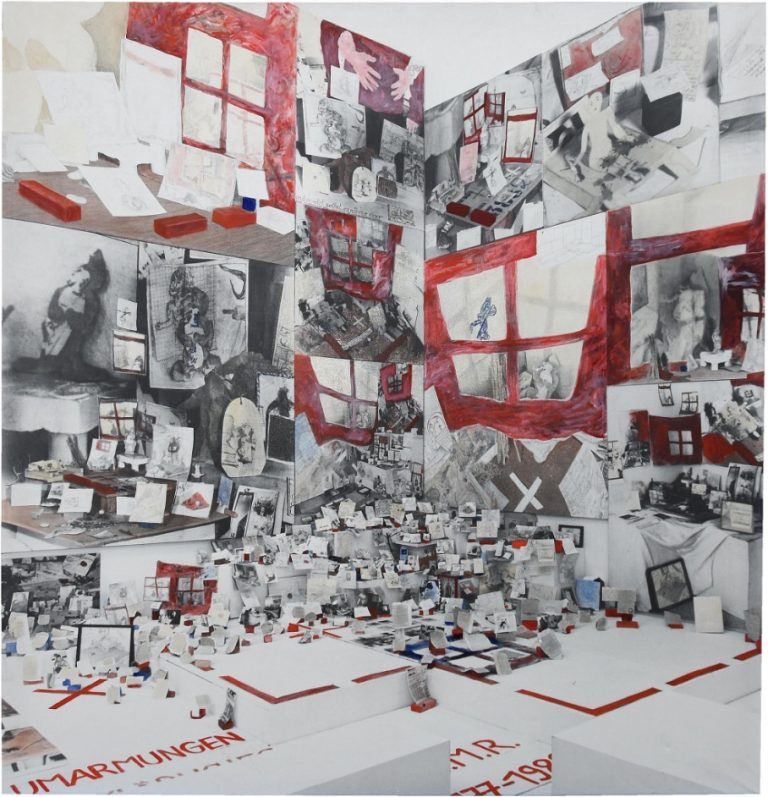 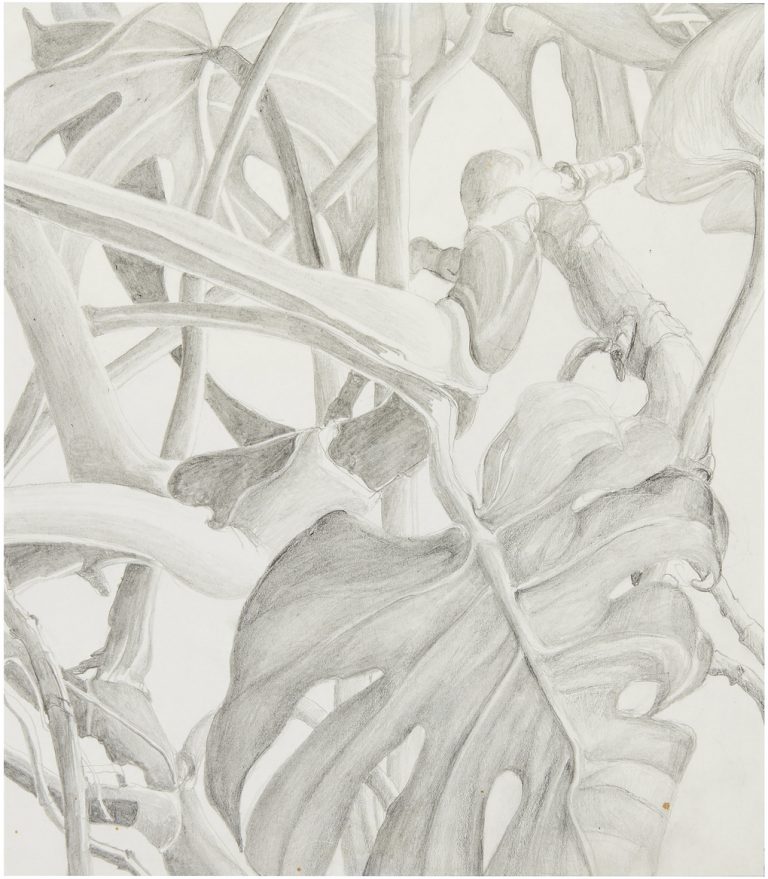 Galerie Barbara Thumm is pleased to present the solo exhibition „T.S.K.F.P.R.M.“ by the conceptual artist Anna Oppermann (1940-1993) presenting works from her estate.

The comprehensive selection of individual pictorial works traverses Oppermann‘s oeuvre and draws attention to motivic association as one of her central artistic principles. Often, individual objects or perspectives offered starting and recurring points of reference. The associative circling around a theme resulted in Oppermann`s own iconic assignment of meaning in the complex system of references of the work as a whole. Across different media, the range of Oppermann‘s drawing and sculptural oeuvre can be traced through the formal correspondences. Her precise observation of her own perception and its conditions is clearly emphasised by the focus on individual motivic elements. In addition to varying forms of presentation, different states and manifestations of individual motifs are recognisable in loops, modifications, condensations, divisions and multiplications, which are also central to Oppermann‘s ensemble method of constantly reconfiguring arrangements. In addition, the title of the show picks up on another specificity of Oppermann‘s, namely her free play with the assignment of linguistic meanings, phonetic similarities or even the puzzling through the abbreviation of words. In the tension of repetitive depiction and simultaneous deviation of the depicted, the exhibition invites the viewer to create their own references and to unravel the hidden meaning behind the initials. 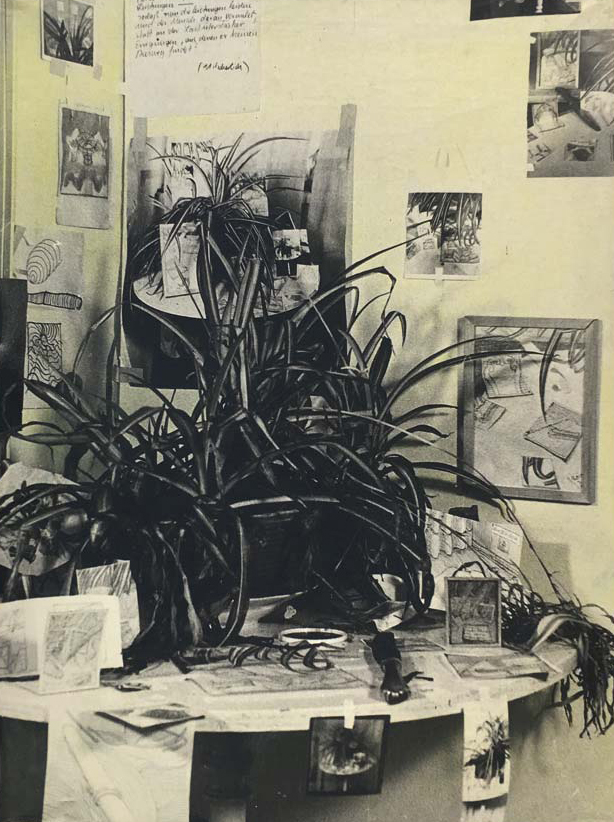 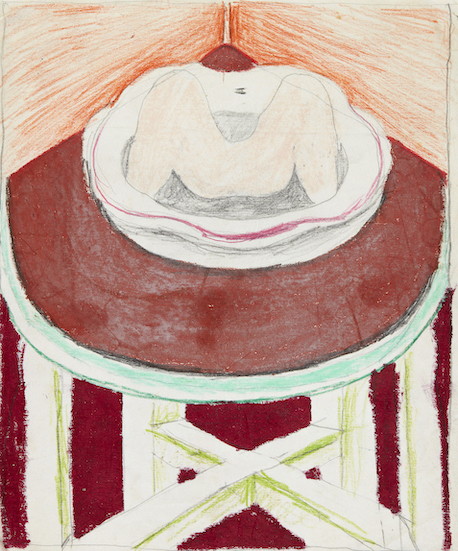 Anna Oppermann, (1940–1993) is a key figure of the German Conceptual Art and Post-Conceptual Art. In the sixties, she developed her radical open and dialogical language. Her intricate assemblages of drawings, photographs and objects grew into large scale overboarding spacial installations for which the artist coined the phrase “Ensemble”. 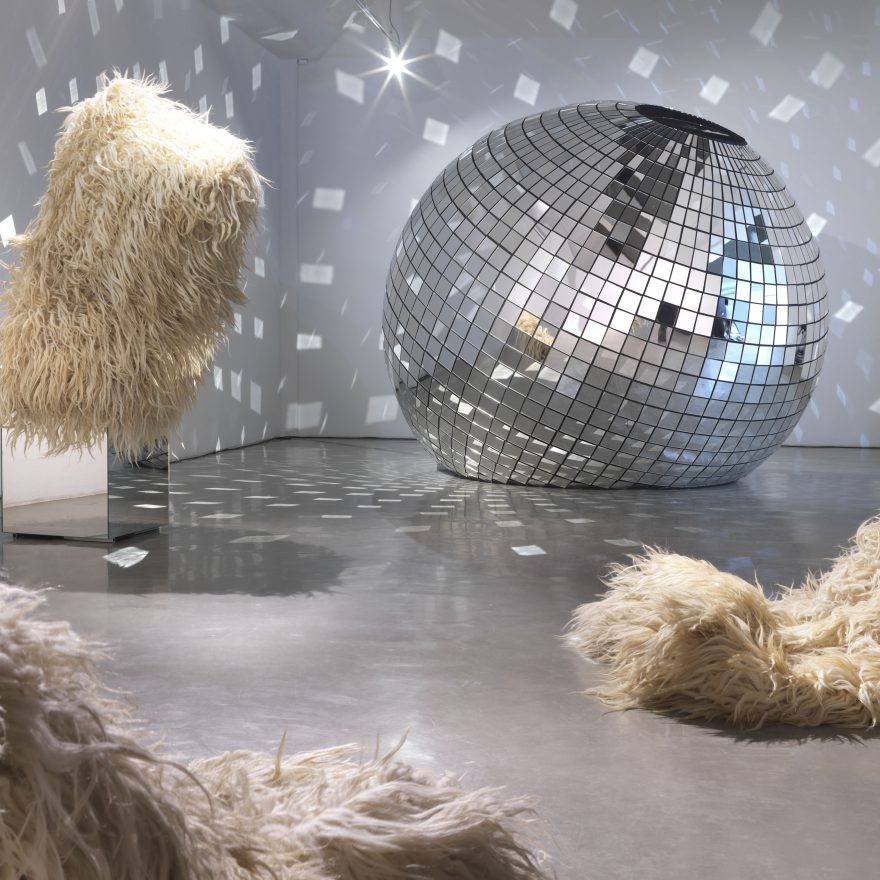 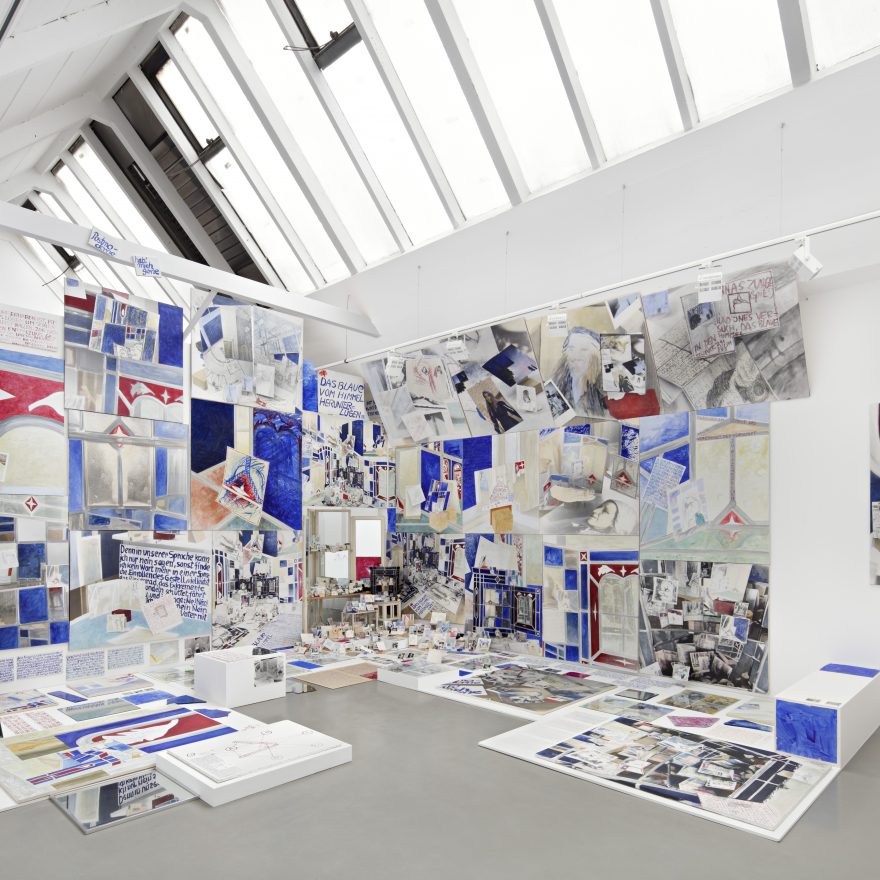 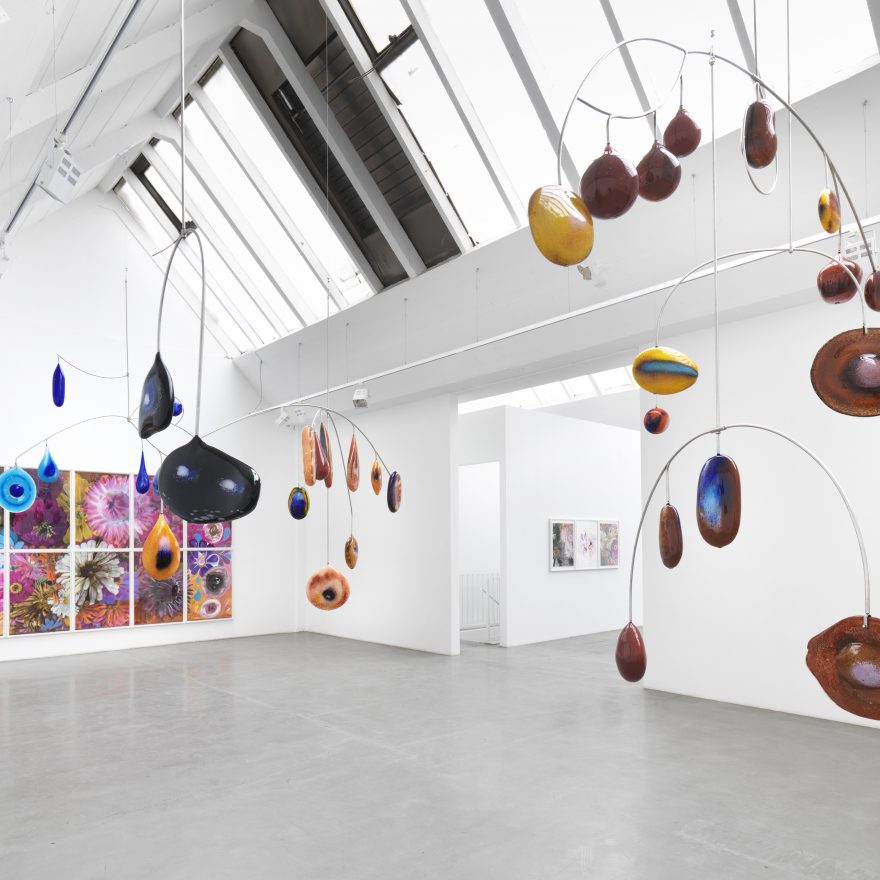 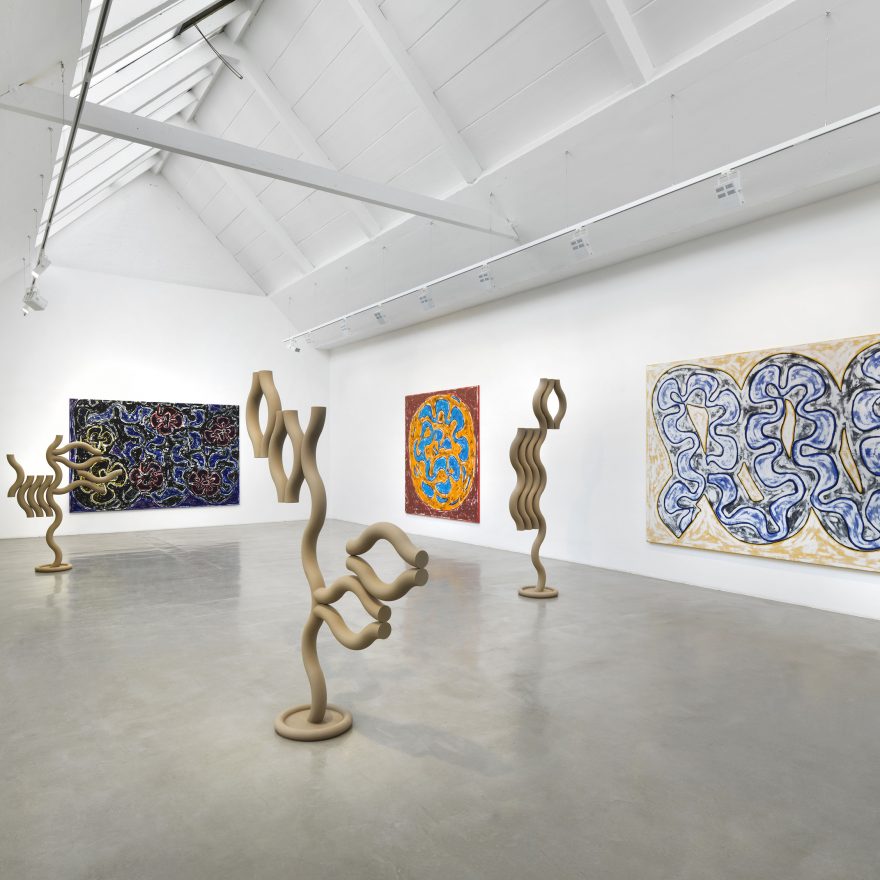 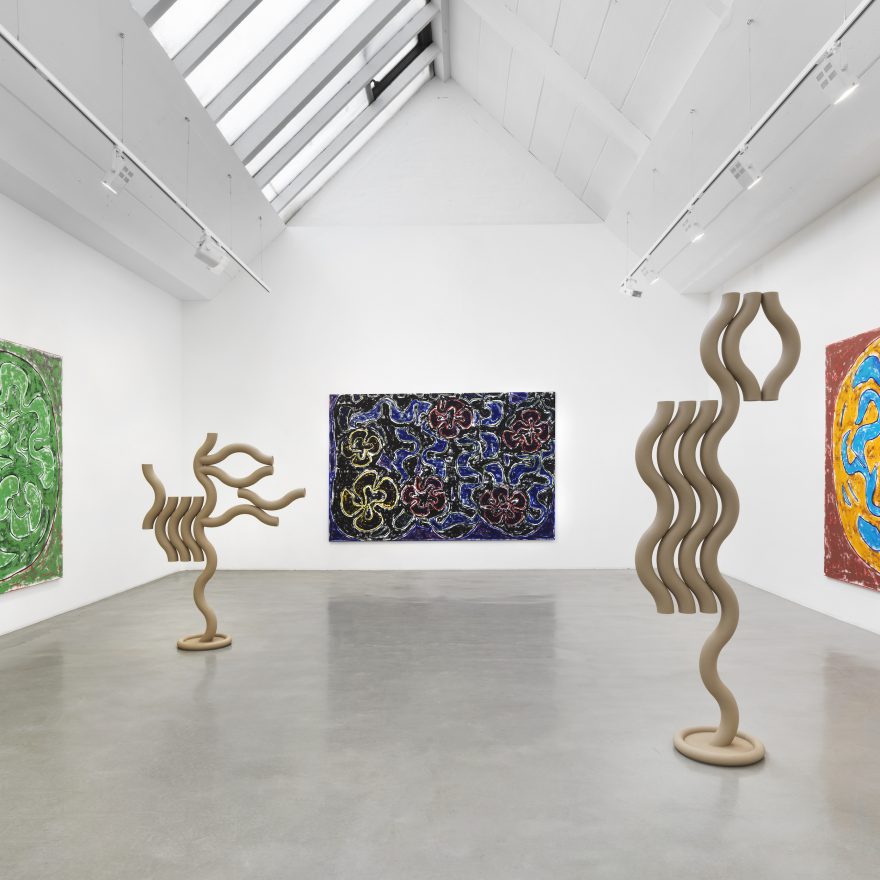 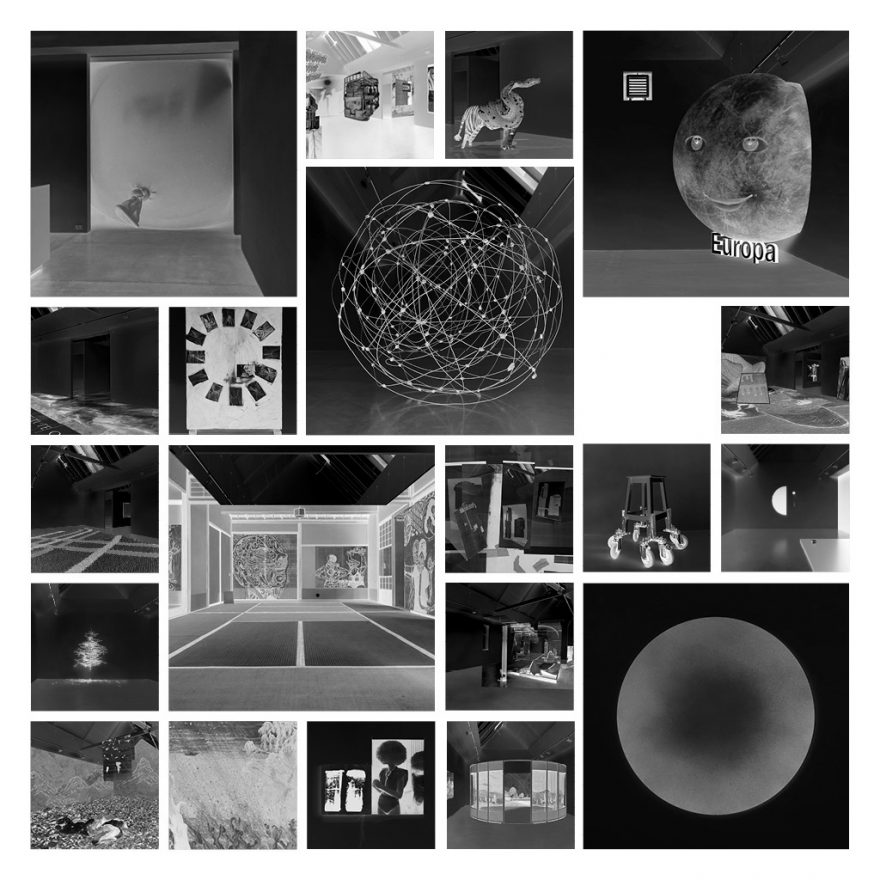 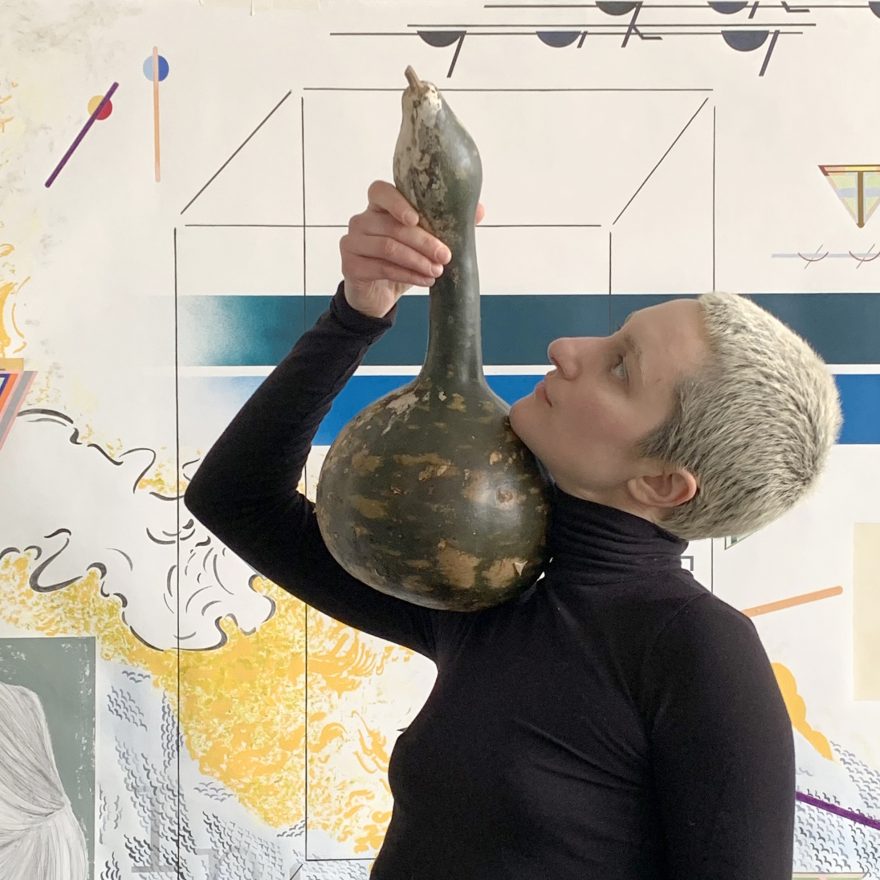