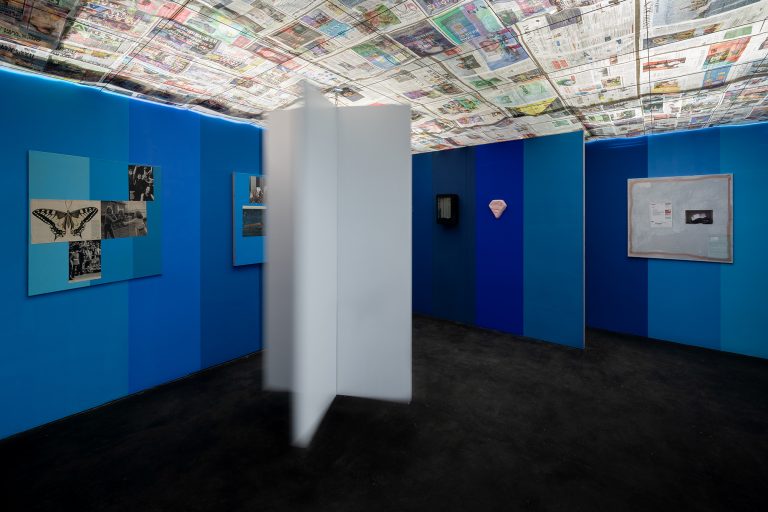 It’s 1993 and the coffeepot goes live. The grainy black and white webcam feed of the midrange Krups had already been loading to employee desktops via the local network for a few years…so in theory no one at the office had to find themselves with an empty pot ever again.

No one, sleepy, grumpy, salivating over their next caffeine fix met with the crushing disappointment of their coworker grabbing the last cup. No one stuck weighing their options:

Did anyone see me come in here? Alice was on the phone. Brad is half awake…maybe no one will notice if I just walk back to my desk and wait till someone else makes a pot? No, that’s not the team playing attitude we had a whole seminar on just last Tuesday. Wait, how did Tim beat me to it?

By November 1993, the coffeepot exceeds this local server in Cambridge, England and is now loading, a new image every 6 seconds onto the World Wide Web. The promise is that no one will miss out on Tim’s fresh pot anymore, not even the housewife in Missouri or the telemarketer in Bangladesh. 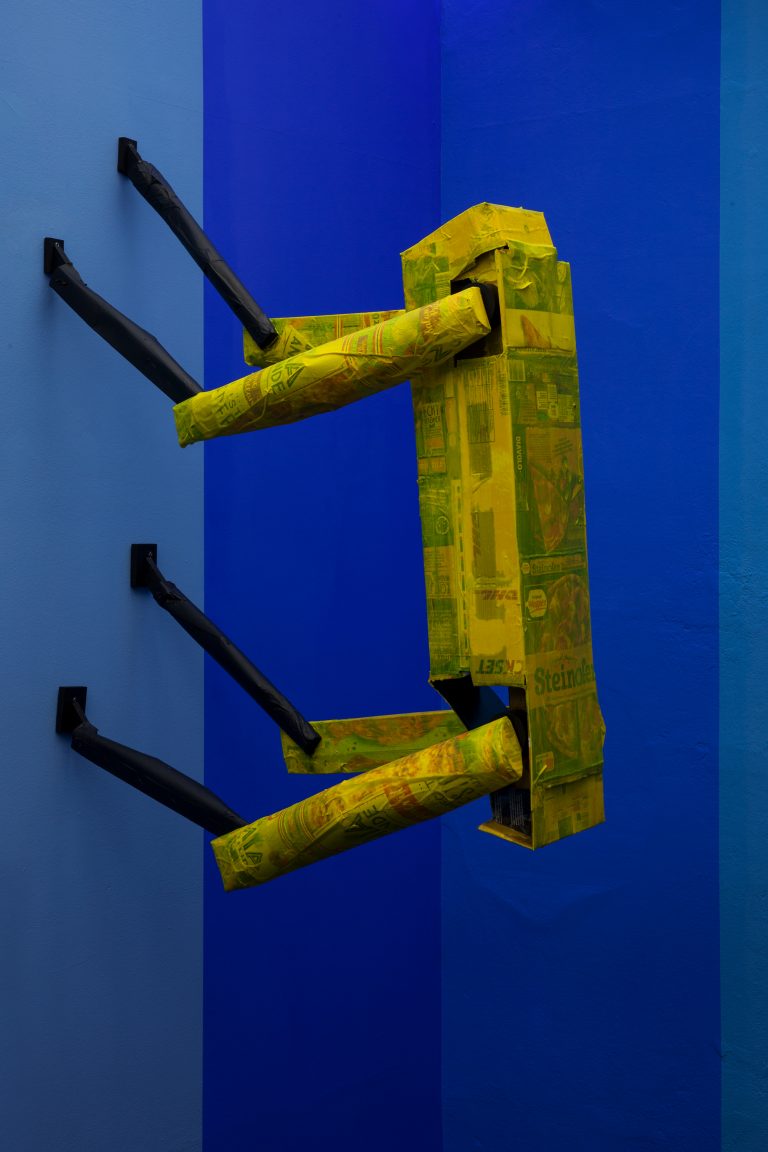 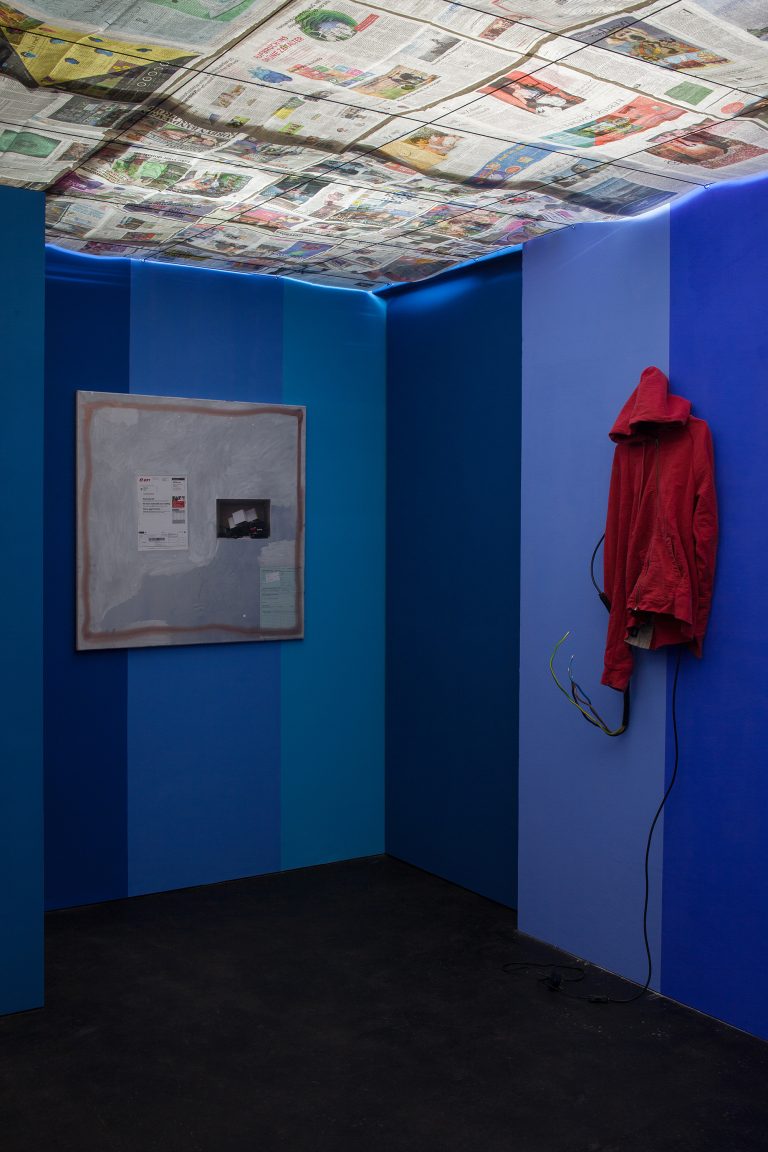 Except a lot can happen in 6 seconds. Brad, for instance, could come in with his giant thermos meant for soup and empty the pot in one go. Julie already on her way to the kitchen will be mightily disappointed.

By the afternoon, Brad’s asleep at his desk. Tim’s sitting on the edge of Alice’s trying to convince her that dinner this weekend is “not-a-date.” Julie rolls her eyes at the not-quite love birds, and having opted for tea has had a productive day so far, but really she’s just counting the hours till she can meet her friends from Uni for a pint. 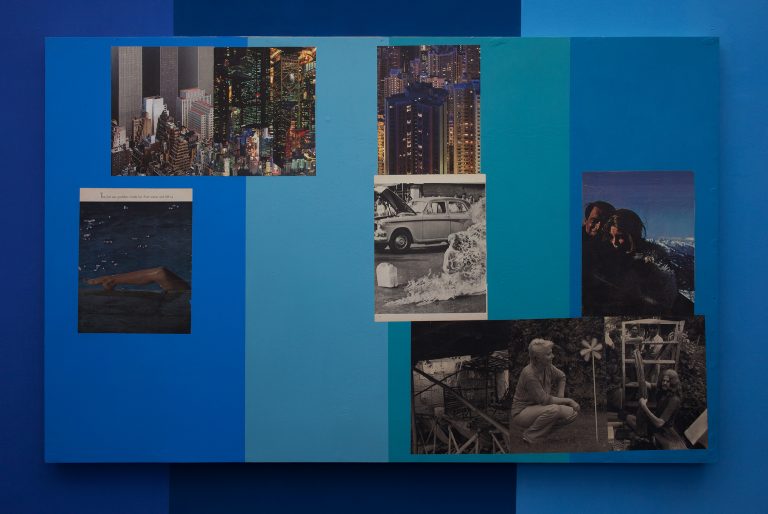 8 years later: Tim and Alice are divorced and Brad has switched to Adderall. The coffee pot cam goes dark. It’s August 2001 and no one cares about coffee anymore. Actually coffee is making a big splash in the UK, or a little tinkle really…the pour over trend will be starting soon. Just in time for the now infamous Krups to be bought on eBay for £3,350 by the German news website Spiegel Online.

2021 the Krups is in a museum. Everyone runs on pods now. All you have to do is take a perfectly proportioned pod of coffee grinds, available in a variety of qualities, origins and roasts, place it in the pod holder then bring the lid down. It generally has a very satisfying suctioning sound and sensation when you lower and engage the lid. You have to make sure the water tank has enough water or it won’t work. Then you press some buttons, usually whichever one is blinking. The little machine vibrates and moans then a short weak stream of coffee comes out. After about 7 pods, you’ve got enough caffeine in you to forget you didn’t have a real cup of coffee. 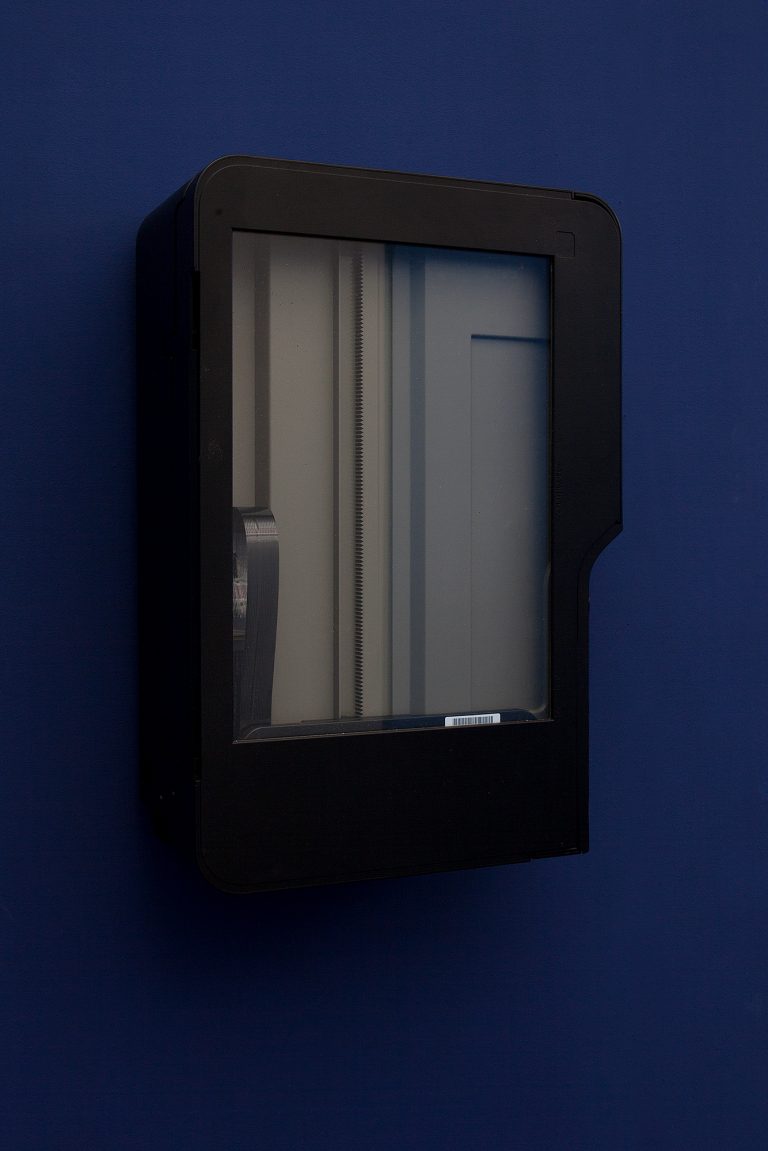 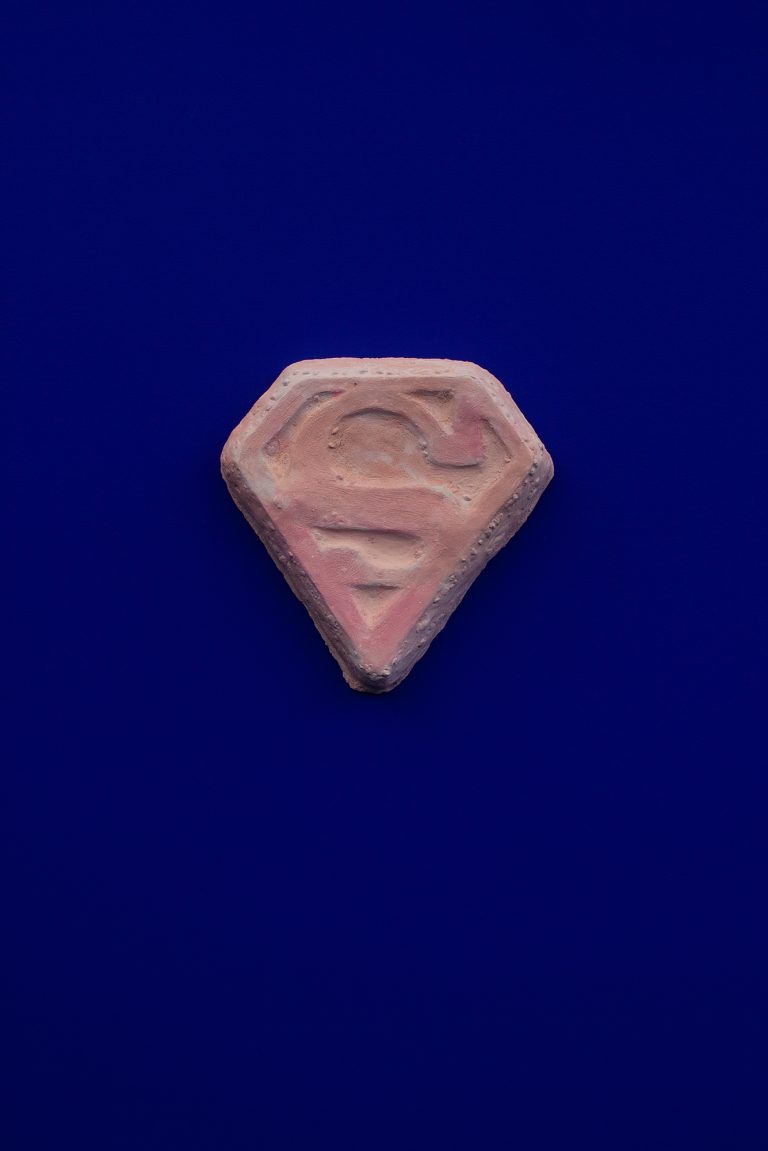 Alice is repping some weird plastic bracelet, a kind of updated “livestrong.” She left tech years ago after her recipe blog blew up, a few cookbooks and kids later she now seems to be mostly selling branded kitchenware and something she’s calling “lifestyle experiences.” Brad found some vague yet extreme Christianity and thinks that Boris Johnson is satan’s newly appointed vessel.

Julie is sober and joined Extinction Rebellion. Never knew her to have much passion but she keeps gluing herself to intersections or large pink vessels…kind of enviable, her commitment. Me? I just spend the day filling shopping carts and crafting wishlists. I lost my job so I don’t have much money, but the government has been good and gives me a bit every week. I don’t really leave my house, even when it’s okay to. I mean what’s even out there? 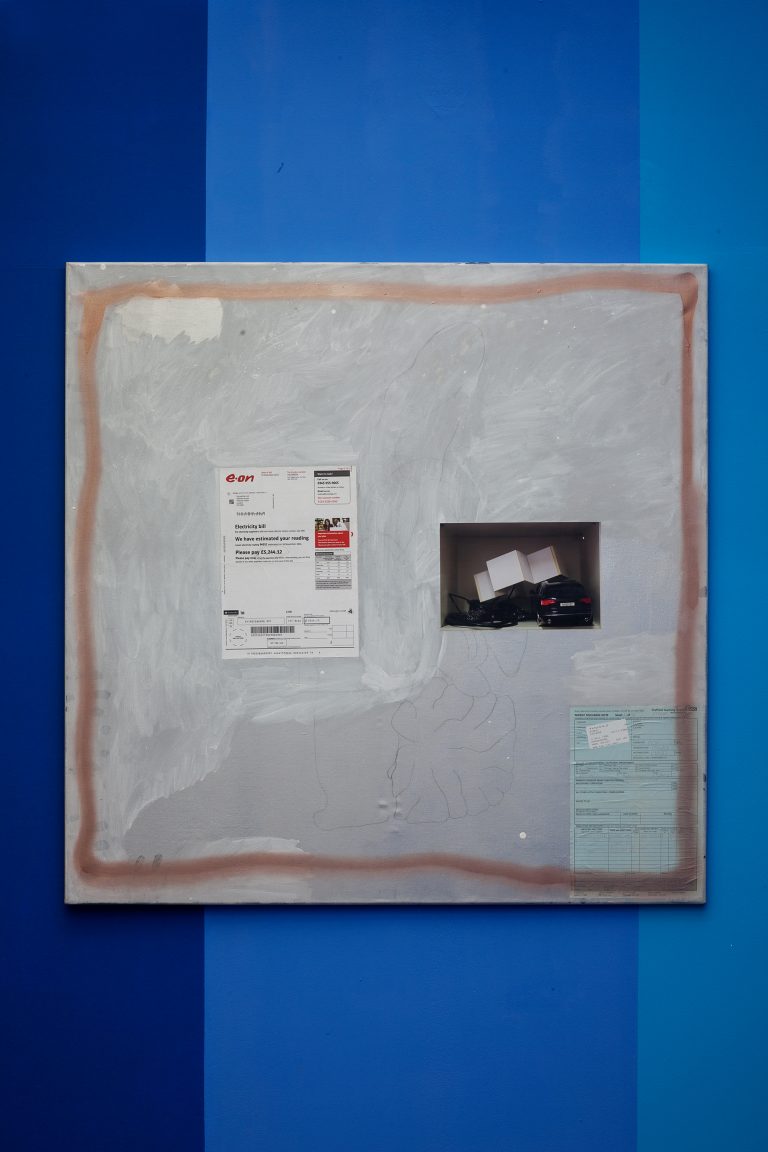 Richard Sides
Somewhere out there in the wilderness through the context of your own life, 2021
Acrylic, spray paint, paper and C-print on canvas
100 × 100 cm
Courtesy: Richard Sides and Schiefe Zähne, Berlin 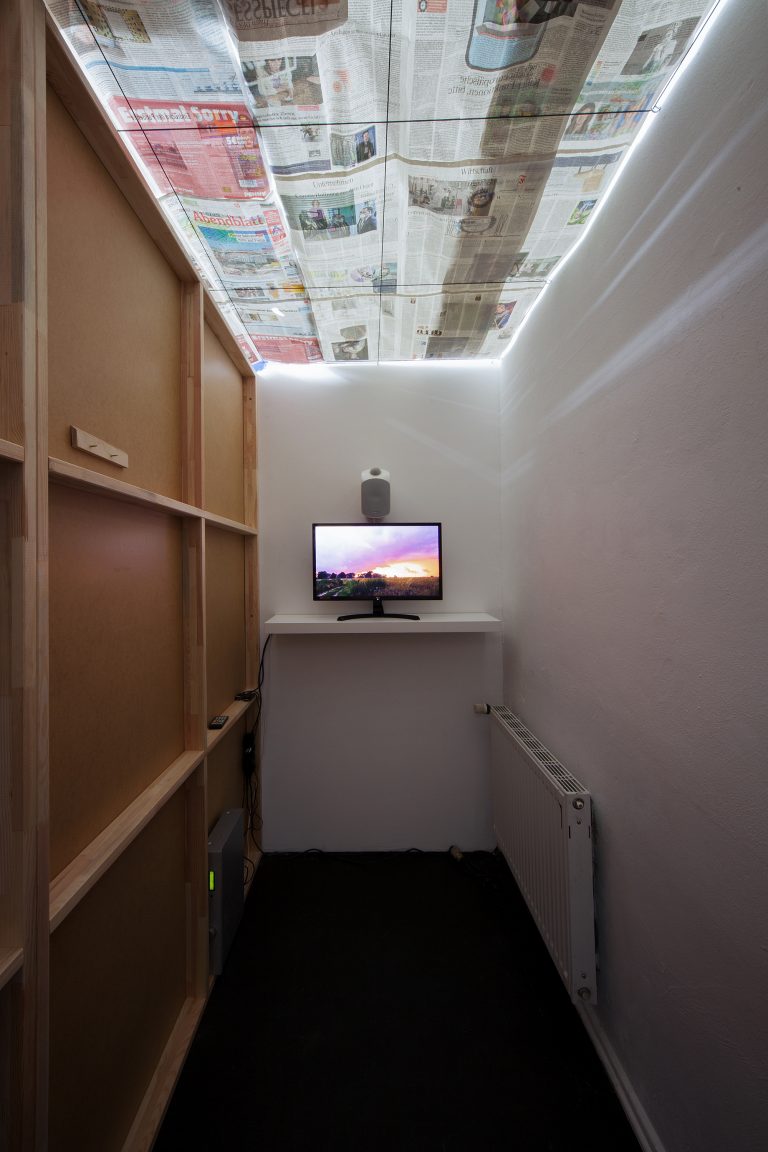 I used to be angry, back in the day, like I wanted to tear open this fake world we are living in. Yah know? Really fuck shit up. Do something crazy, like sleep with my daughter’s best friend, get the shit beat out of me, or crack the whole damn code, but really what’s the point? There is just a whole other fake world hiding behind this one.

I’d be lying if I said I didn’t miss seeing other living things besides my plants and various fermentation projects, but it’s really about weighing and calculating risk. For me, personally, it’s just not worth it. 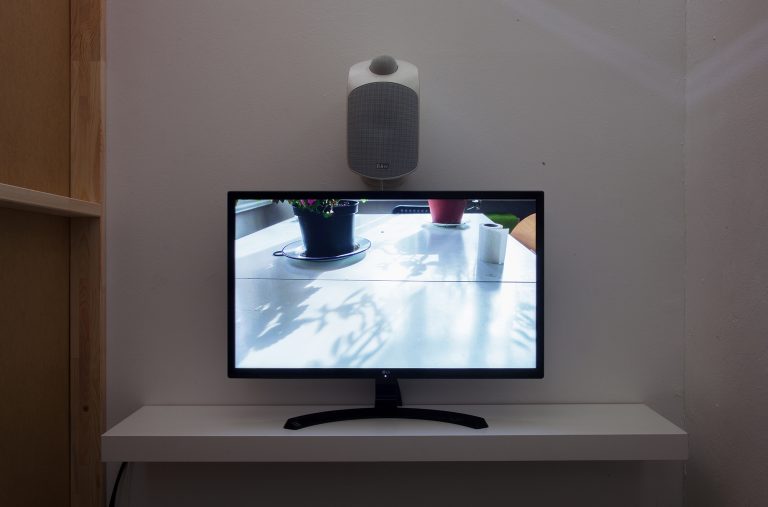 Jenna Bliss (*1984 in Yonkers, New York) is an artist and filmmaker, she lives in New York.