Chert Lüdde currently presents Rosemary Mayer (1943-2014) in her first solo presentation in Europe. Mayer was a significant figure in the New York art scene beginning in the late 1960s and throughout the seventies and eighties. A prolific artist and writer as well as active participant in feminist artistic discourses, Mayer was intimately involved within a close-knit network of fellow artists and scholars, including Adrian Piper, Bernadette Mayer, Vito Acconci, Ree Morton, Lawrence Alloway, and many others. 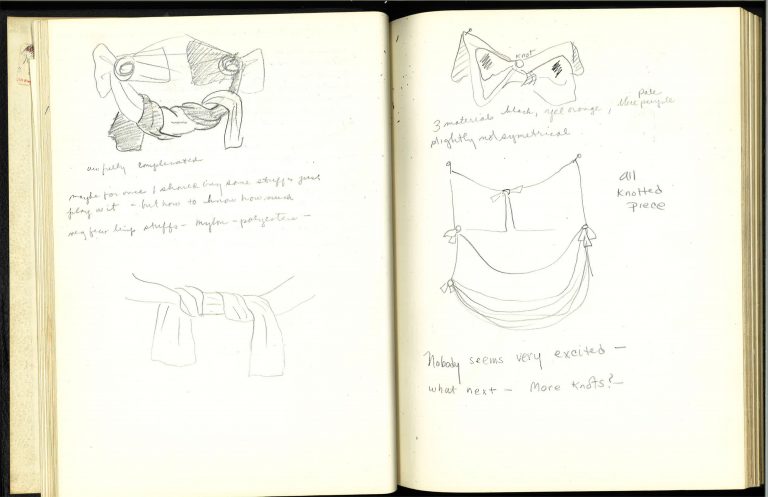 The exhibition includes a series of drawings called Endless Work (1972), envisioned for an installation at A.I.R. Gallery, which Mayer co-founded. Such drawings hold a significant place in Mayer’s oeuvre as expressions of inspiration, meticulous studies of shape and color, as well as precise renderings of her sculptures, many of them are now lost. In her 1972 artist statement, Mayer details the relationship of drawings to permanence, “Drawings as permanent records, reminders for small spaces.” 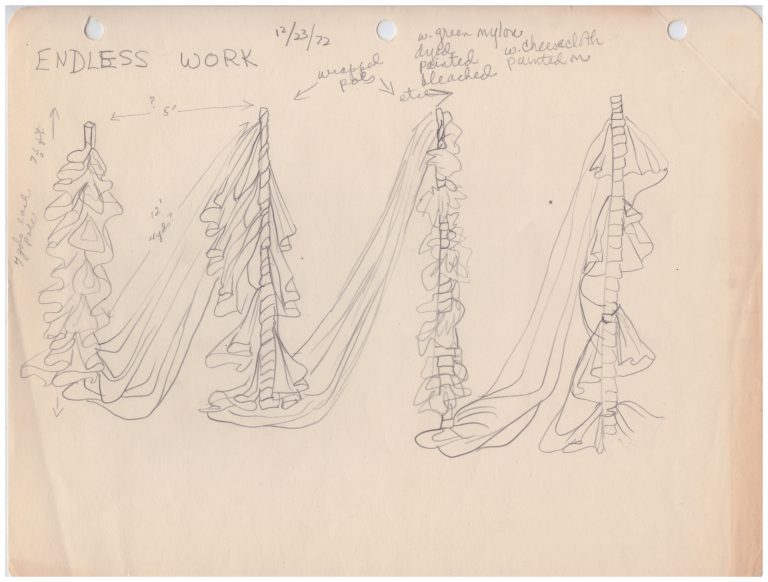 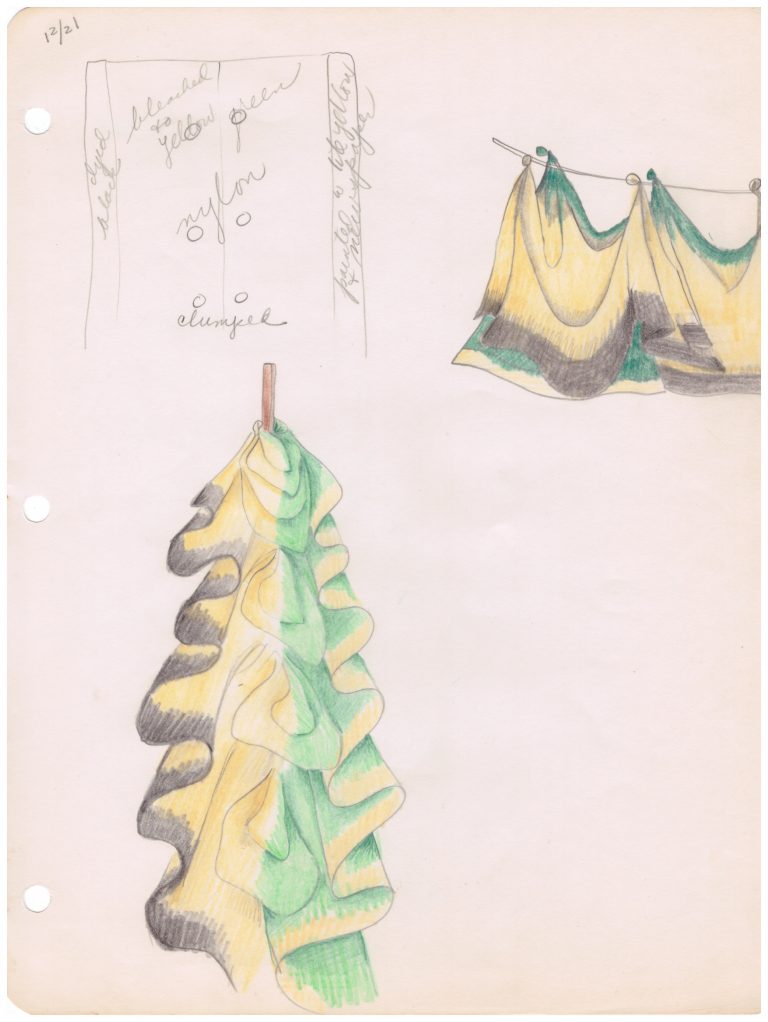 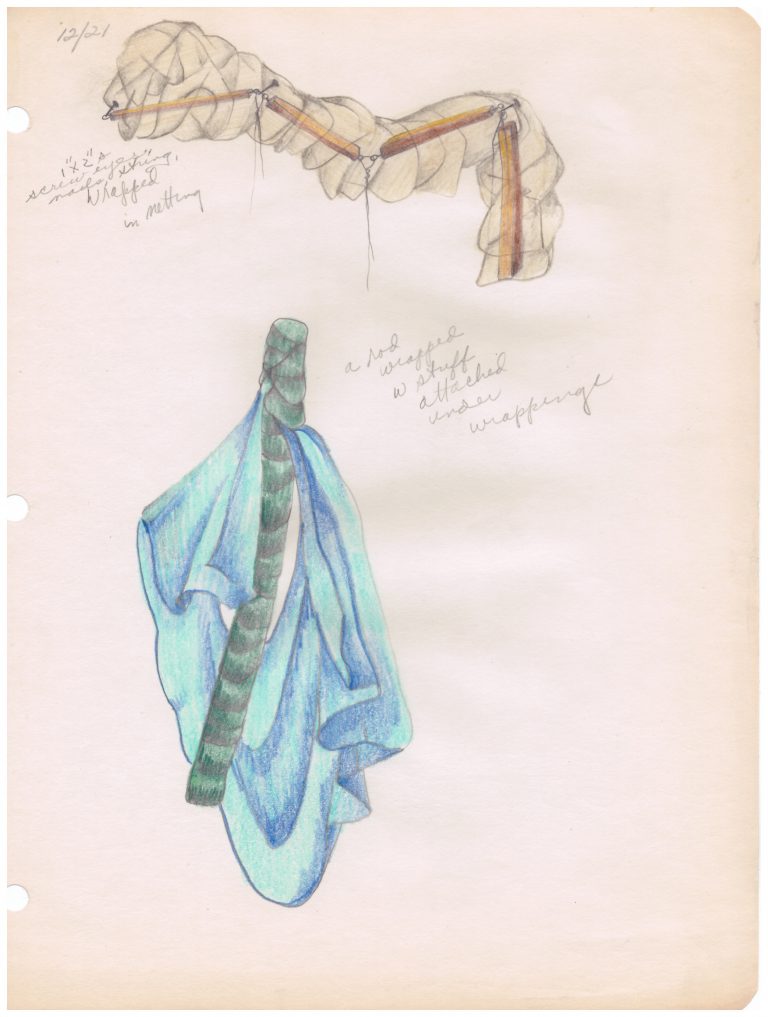 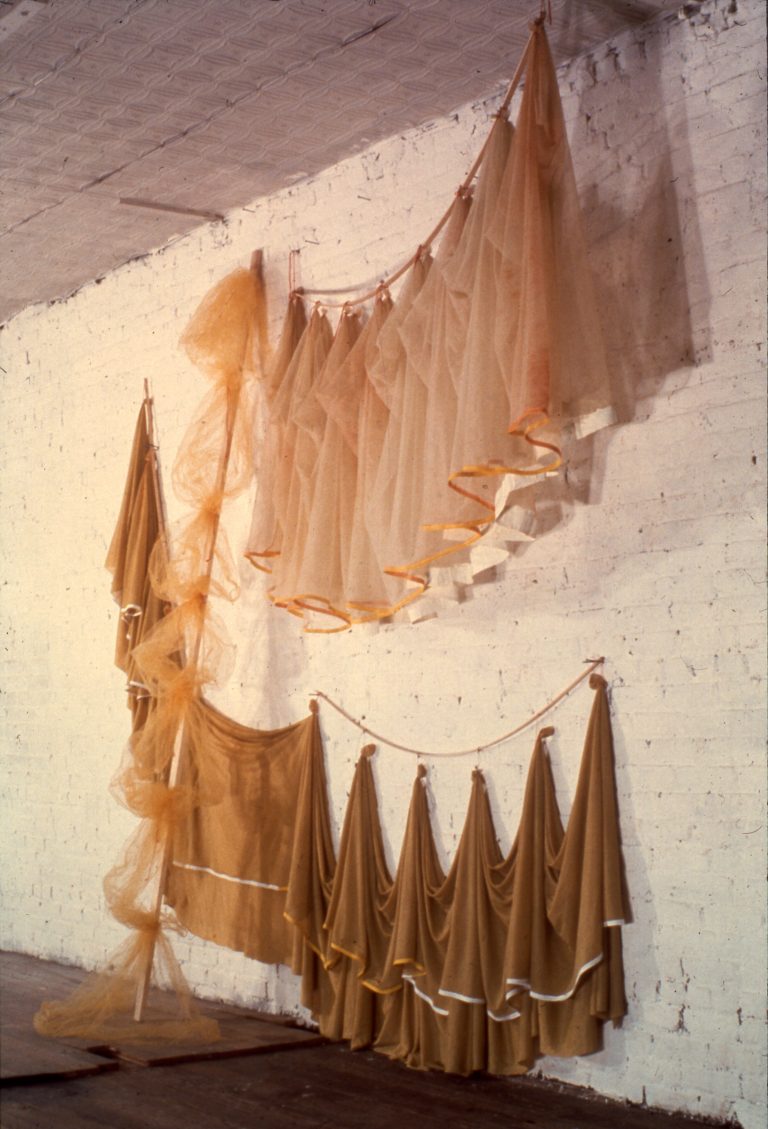 Endless Work is an unrealized piece, which notes from Mayer’s journals suggest was originally meant to be shown in an installation at A.I.R. Gallery. There were two versions of Endless Work. In her journal she writes about how she changed the idea for the work. The first idea involved poles to which were attached dyed and ruffled fabrics. These fabrics then extended to another pole and were similarly wrapped. This may have been related to or influenced by a sculpture she recently had completed in November, Semiramis, which incorporated a pole wrapped with gauzy fabric. 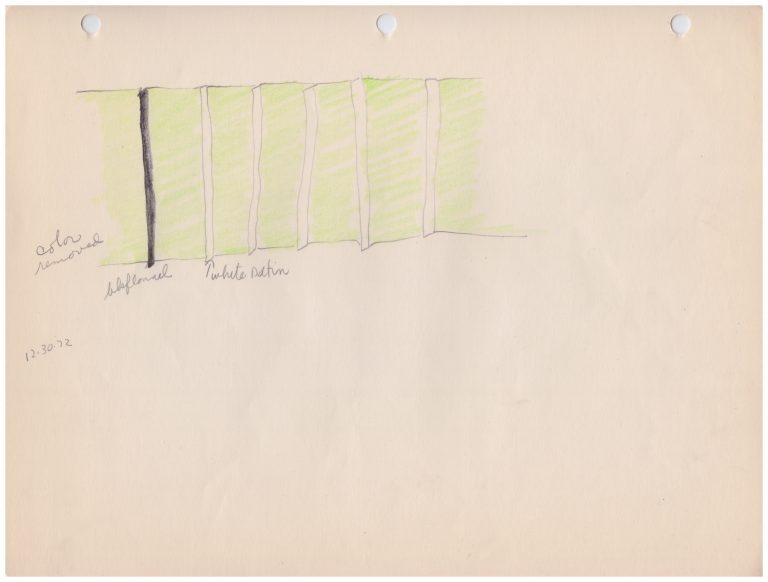 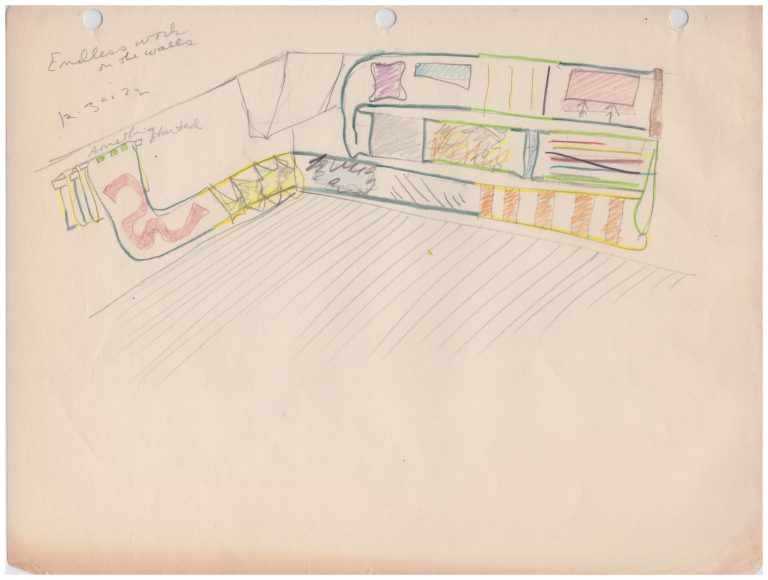 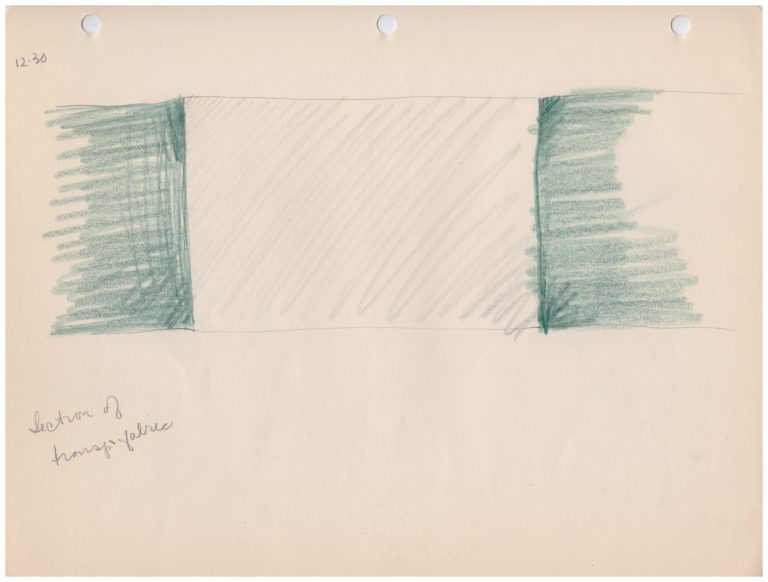 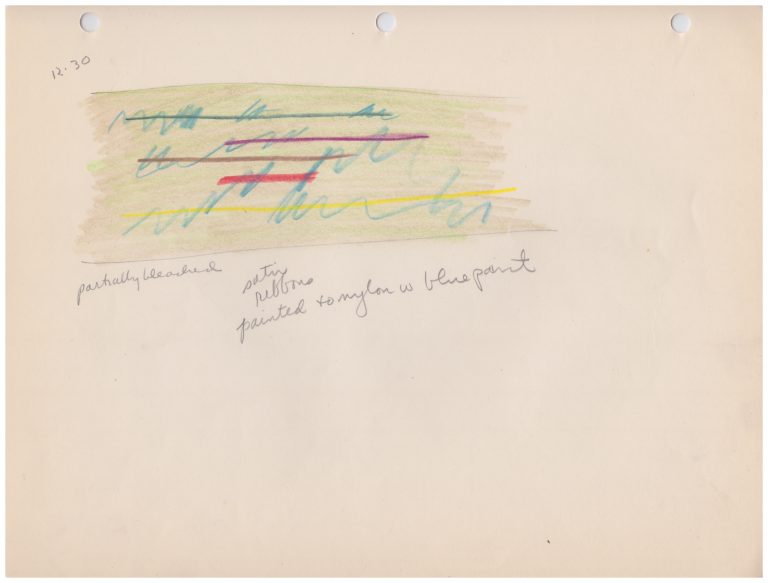 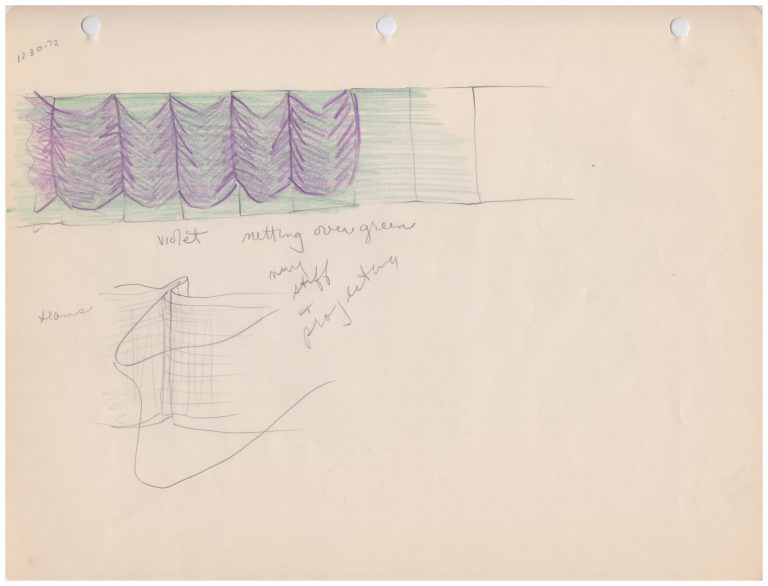 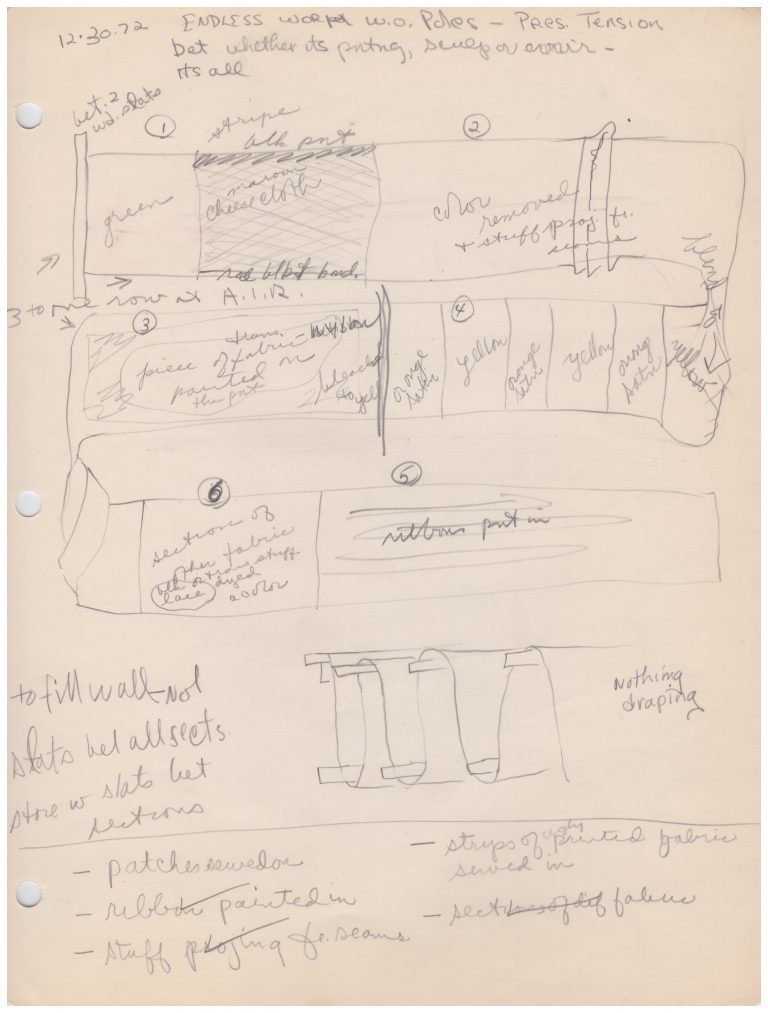 Soon after, she changed her idea for Endless Work into what she called a series of “sort of paintings made out of fabric.” A diagram shows two walls covered with different sections, made up of various fabrics that were painted or manipulated. She made a basic sketch of each of these sections. The work reflects her ongoing exploration of the tension between painting and sculpture. In her journal she tried to articulate what she was doing, wondering if it was “a commentary on the equal importance of presented visual schemes. A making literal of paintings. A Joke?”
The work was never exhibited.