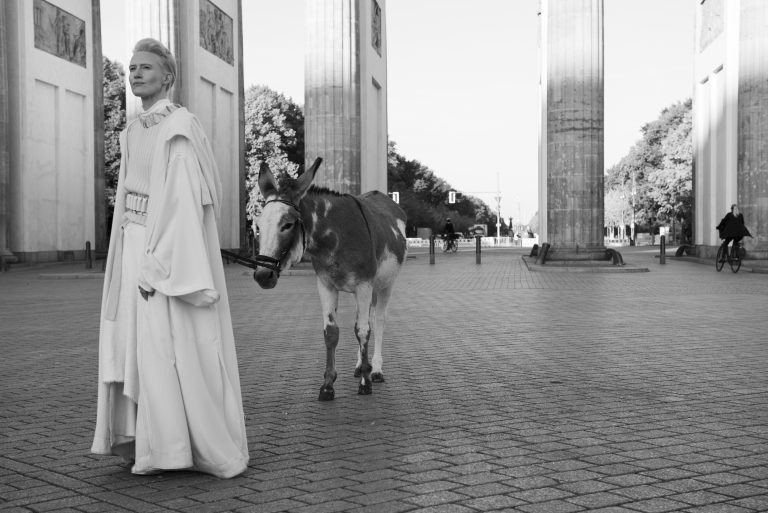 Yael Bartana’s new monumental video work Malka Germania is her first work shot on site in Berlin. It is on display as the centerpiece of the large solo-exhibition “Yael Bartana: Redemption Now”, opening June 3 and on view until October 10 2021 at the Jewish Museum Berlin and it tells the myth of a female Messiah’s arrival in Berlin. Malka’s appearance sets an uncanny process in motion, oscillating between dream, nightmare and reality.

The three-channel video installation is newly commissioned by the Jewish Museum Berlin. The artist has lived in the German capital for many years in alternation with Amsterdam. Due to Covid travel restrictions, Bartana, who normally travels extensively and leads a rather nomadic life, had the opportunity to deep-dive into Berlin as a vessel for German collective memory and identity.

Yael Bartana describes the initial point of the narrative of the film as very much connected to her life here:

“I only remember that I had a dream. In my dream, Prenzlauer Berg, the neighborhood where I stay when I’m in Berlin, was full of signs in Hebrew. All the street and shop signs had been replaced. So after this dream my first idea was to make a film where we just replaced German signs with Hebrew signs. This was the first scene I had in mind. I can’t decide if this dream was a nightmare or a longing for familiarity.” 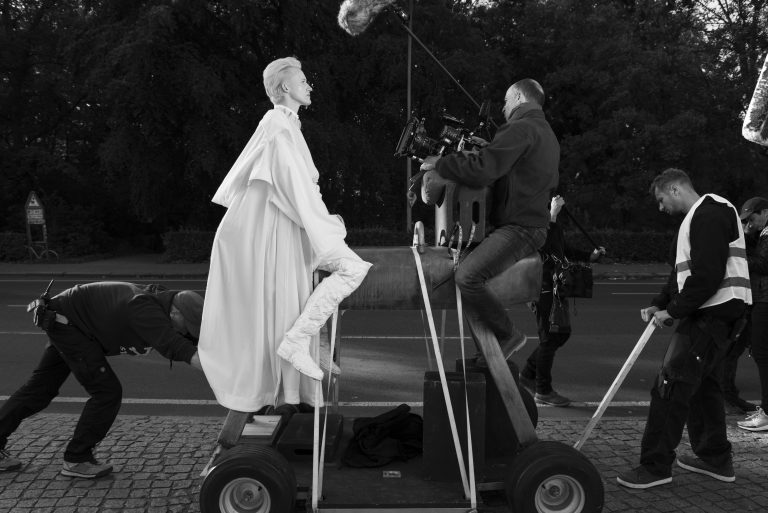 Shooting of Malka riding on a dummy of a donkey
© Studio Yael Bartana; Photographer: Daniel Sheriff 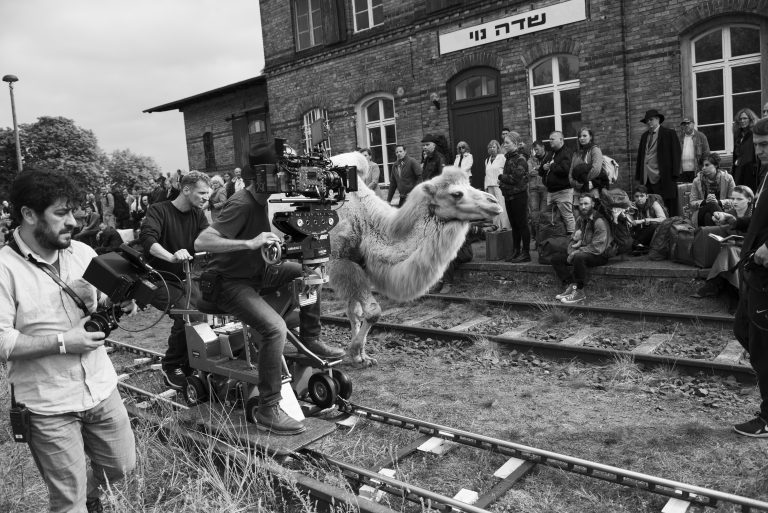 Based on this dream, a script was created, which shows the appearance of an androgynous figure in Berlin, that starts a process of change. As in the dream, one of the consequences of the appearance is that actually street signs, the lettering of the Strandbad Wannsee or a train station in Brandenburg are now to be read in Hebrew script. The main figure Malka Germania appears at the Brandenburg Gate, at the Reichstag, at checkpoint Charlie and rides on a donkey in the Tempelhof Airfield.

The arrival of the portrayed savior flushes the city’s fears, dreams, repressed traumata and memories unto the surface. Malka Germania is Hebrew (and Aramaic) for “Queen Germany,” referencing the Hebrew female version of the title of the Messiah “Malka Meshicha” in combination with the Hebrew name for Germany that is, in turn, identical to the title of the megalomaniac Nazi vision of the city of Berlin as “Germania”. 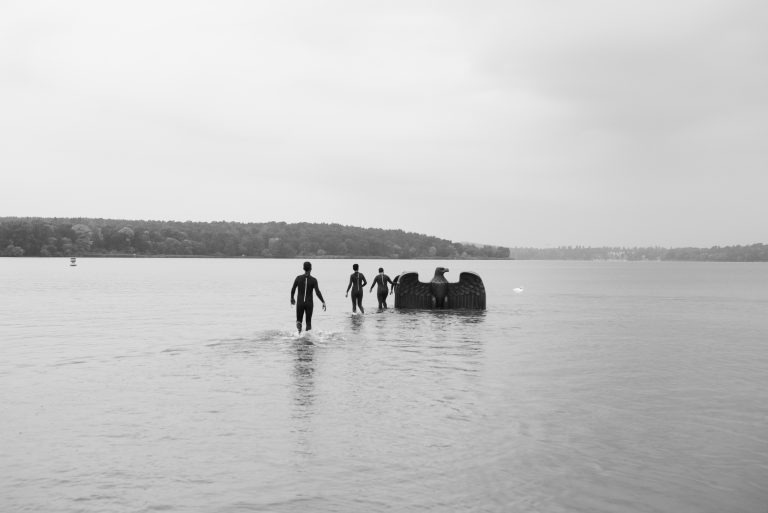 At Strandbad Wannsee an eagle emerges out of the water
© Studio Yael Bartana; Photographer: Daniel Sheriff

And indeed, as soon as Malka visits the Wannsee Beach, an eagle in National Socialist aesthetics emerges from the lake. The eagle is on top of a huge dome, and in the completed film a computer-animated model of the capital Germania comes out of the water, surprising the bathers. It confronts the German public with their culture of remembrance in the context of the resurgence of nationalism and antisemitism, actually hiding under the surface. With the emergence of the Hall of Germania from Wannsee, the video reaches a climax of revealing hidden fears and desires. Here, the presence of Malka flushes the city’s darkest, most horrific imaginings out of the sewers and into the light, right where people continue to bathe and laugh today, overlooking the House of the Wannsee Conference. The scene shows how history lives on in the city and does not cease to exist even in the most unselfconscious moments, pulsating in the background or underground. It’s a cathartic feeling to have the behemoth before your eyes.

In the scenes that have been shot in the popular Bergmannkiez in Kreuzberg, Malka’s presence sets a completely different process in motion: residents dispose of and rid themselves of objects with memory power and throw them out the windows. 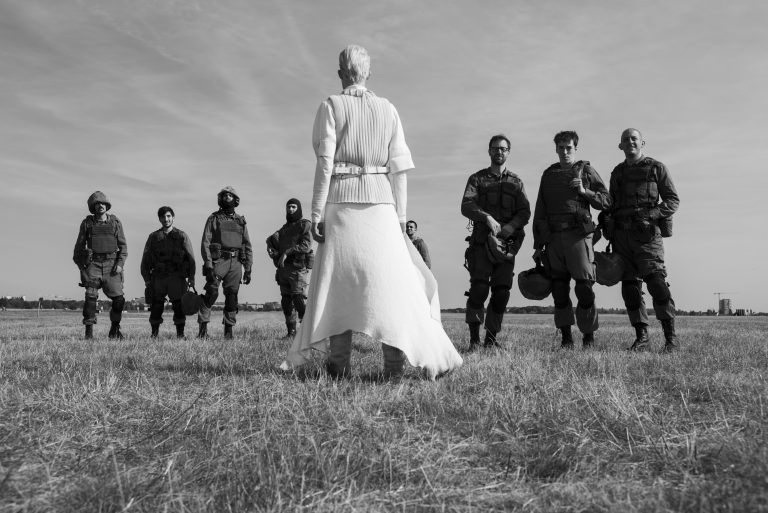 Malka rides on, and also in the following scenes at the Brandenburg Gate and the Reichstag it became apparent during filming how Yael Bartana’s scenes take on the character of performances in public space. The authenticity of the locations carries the film and creates an immediacy for the viewer that can hardly be escaped.

The exhibition Redemption Now at the Jewish Museum Berlin centers structurally and thematically around the new video Malka Germania. But it shows much more: From video installations and photographs to light sculptures and an archive, Redemption Now assembles more than 50 works by Yael Bartana created between 2001 and 2021. Here we can see how the artist constantly develops new artistic strategies and examines topics like collective identity, the culture of remembrance as well as gender and diversity. 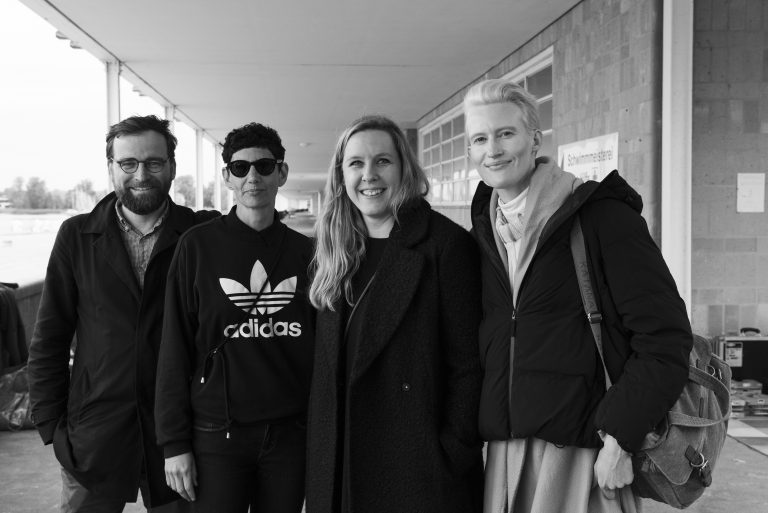