I don’t like the idea of a perfect white canvas with a flat surface. For me, the surface has to be like a skin, a physicality that I can work on and that changes. 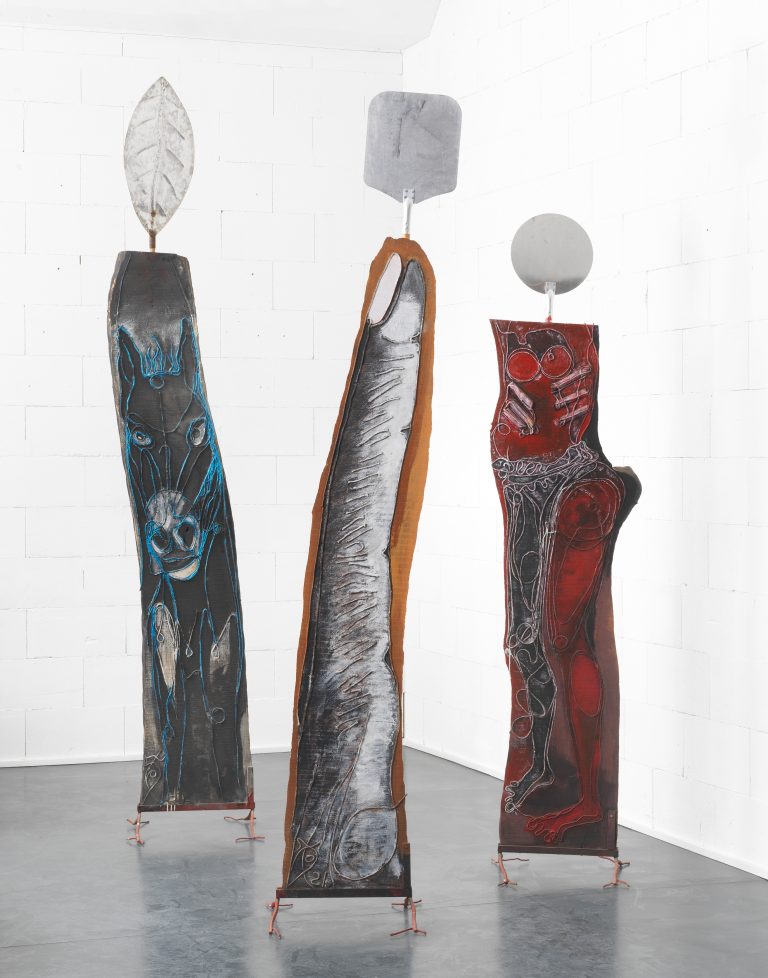 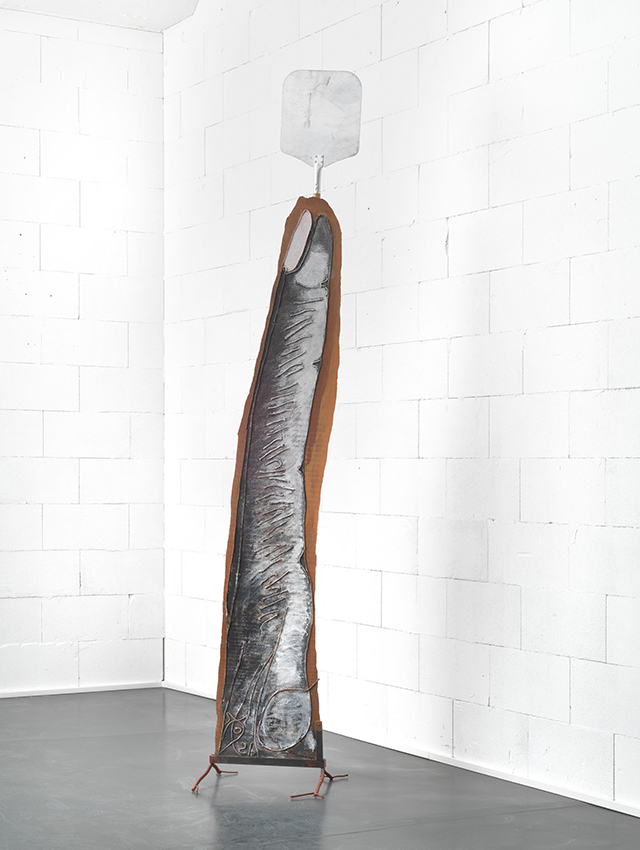 El Hadji Sy lives and works in Dakar. He is a painter, performer, curator and activist, who has been a leading figure of the Senegalese art since the seventies.  His first gallery show in Berlin, will reflect on his outstanding position as a painter. He belongs to the second generation of Senegalese artists who came after the renowned École de Dakar. In defiance of Léopold Sédar Senghor’s cultural régime, Sy painted with his feet for 10 years, refusing to be part of received art historical canons. Since the mid-1980s, he has used jute rice bags as a surface on which to paint with mixed media including oil, acrylic, tar and wax. Paintings are hung across ceilings, placed on floors, as well as on walls. Sometimes he produces stand-alone paintings on frames. With a swirling script of signs and figures, Sy’s visual language reflects a decidedly performative style. *

El Hadji Sy will spend time in Berlin in April and is planning to create a monumental jute painting in situ which will be installed in dialogue with recent paintings and sculptures. 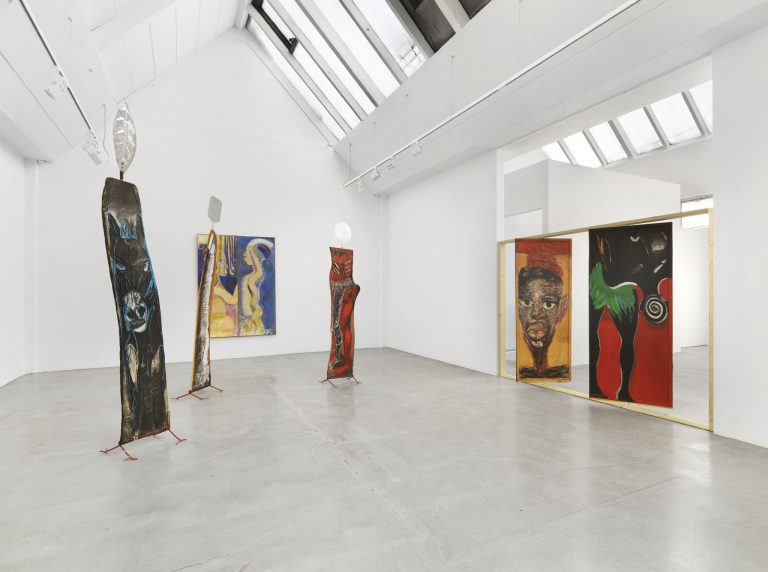 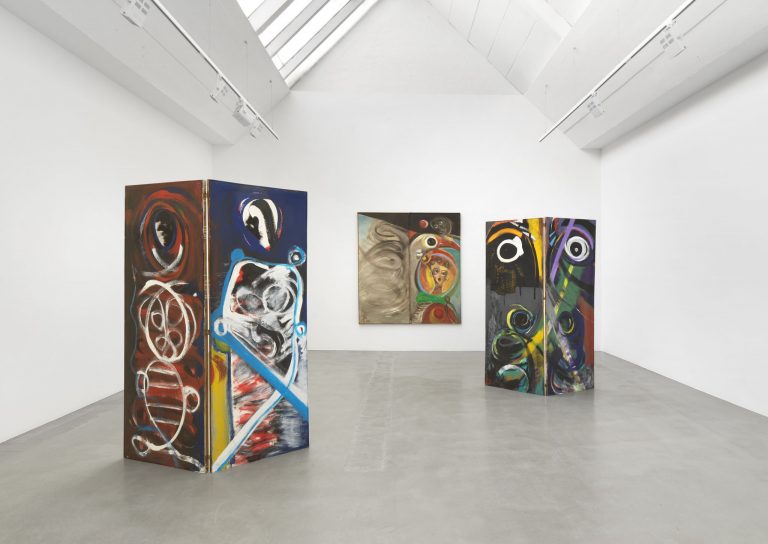 Could you ever imagine not working with people, in collaboration, in a collective?

No, because the tradition of making art in Africa is something collective. When you produce something, the community takes part in the process. It is the collective that accepts it. The artwork becomes a socialised object, enhanced and embellished by the community. And the community is reflected in it. It’s the transfer to Western norms that has turned the artist into an isolated bourgeois, a person who works individually. In contrast, the system of solidarity and sharing transforms the object into a new vehicle of information. It is shared by the community both as a witness and a social object.

You used to paint with your feet as a form of resistance to the traditional canon of the École de Dakar.

Yes, that’s true. The Western understanding of painting often revolves around the notion of the eye and the hand. I wanted to kick out this tradition like a football, with one violent gesture. I’d do it until I could see the trace of my action on the canvas, my imprint, like the one the police once used to identify people. At first I thought this was dancing. Then I realised that I wasn’t dancing but kicking. After that experience, kicking became an instrument within the general economy of composition. My foot became a brush with which to paint a systematisation of the trace of the body. 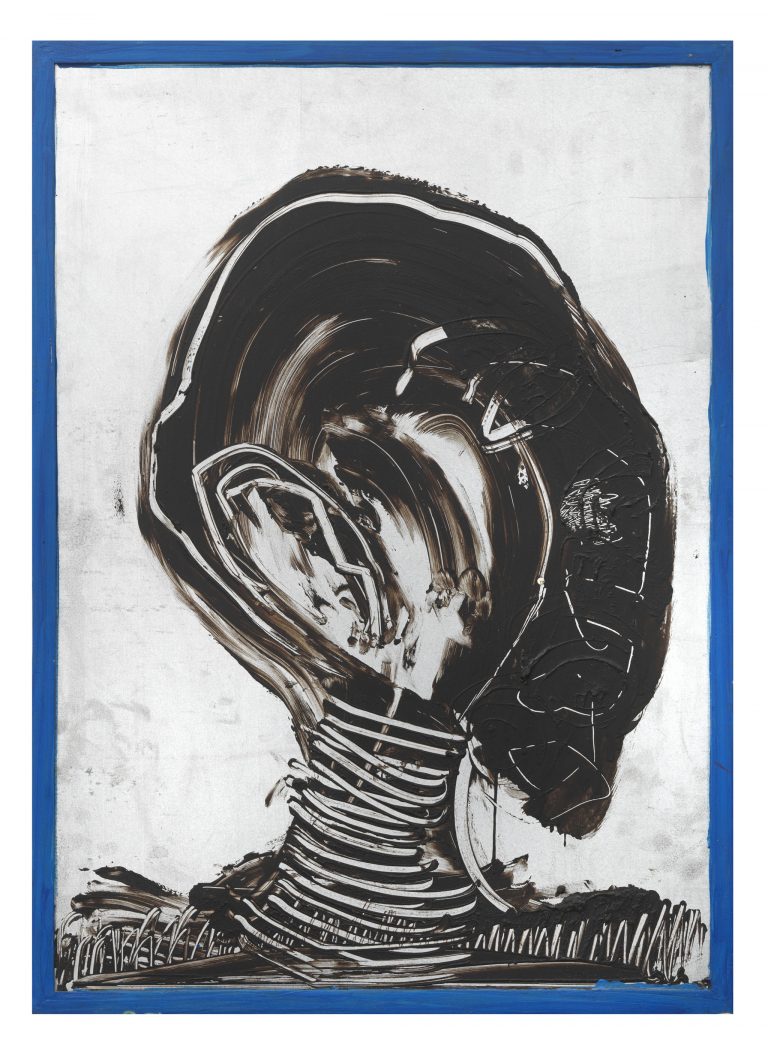 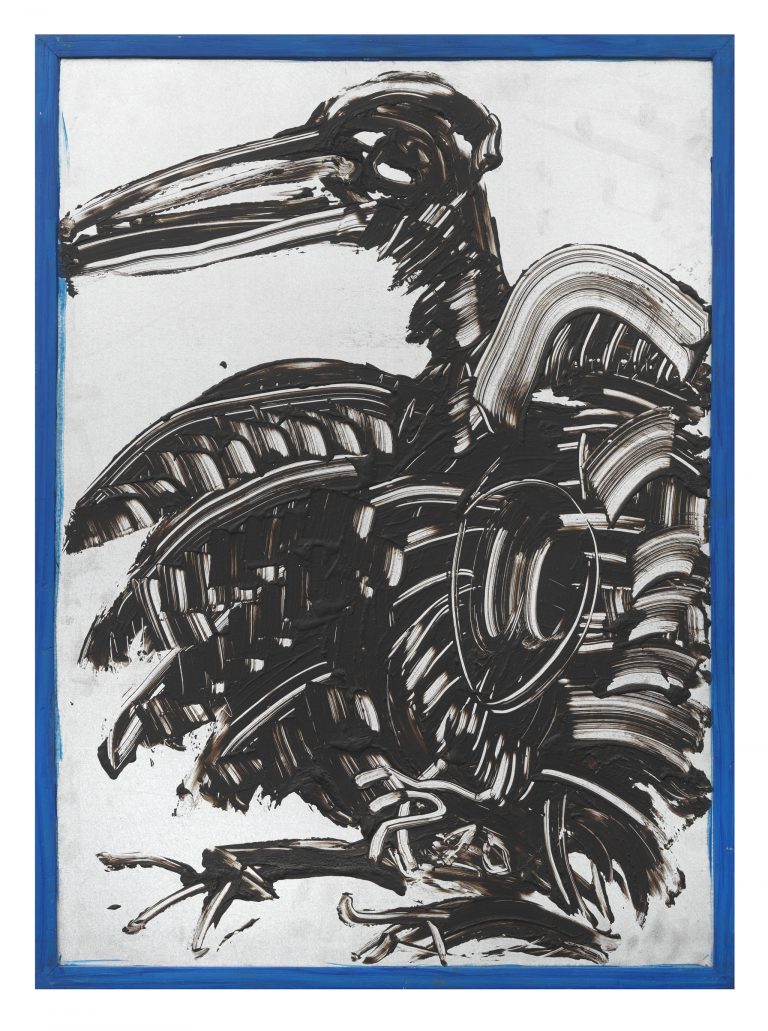 El Hadji Sy has been shown at the IFAN Museum of African Arts Dakar, the 31st Sao Paolo Biennale (2015), Ujzdowski Castle Centre for Contemporary Art, Warsaw (2016), the Whitechapel Gallery (1993). Most recently he was presented in Germany at Documenta 14 (2017). He will participate in the upcoming Dakar Biennale in May 2022. © Clementine Deliss 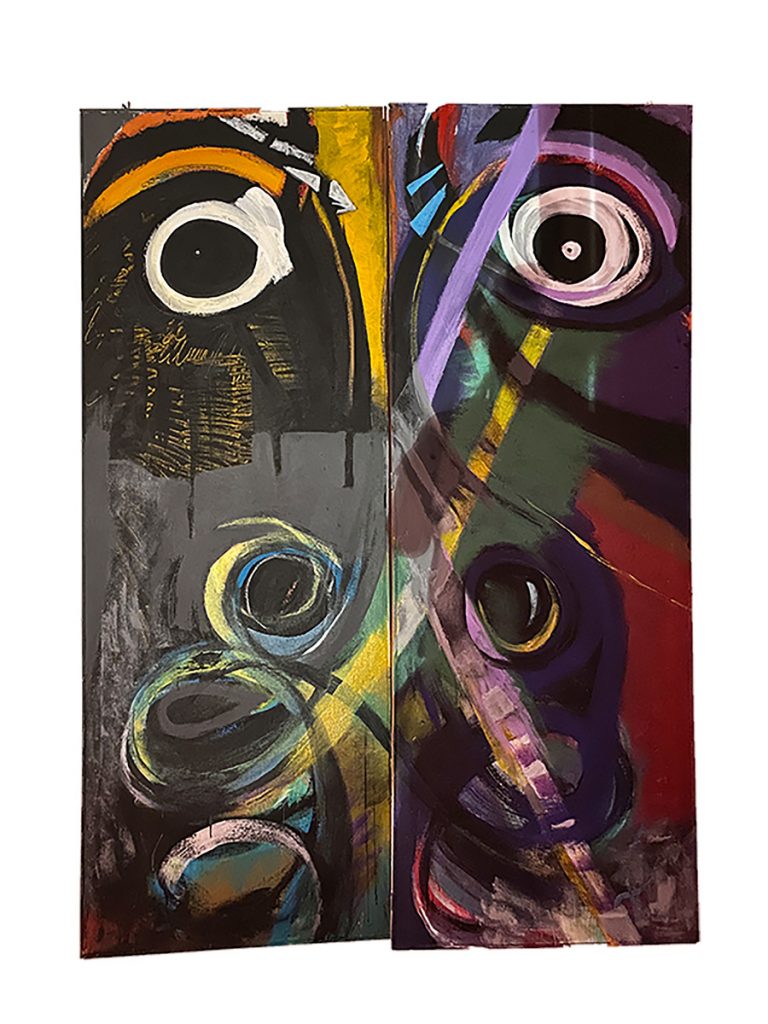 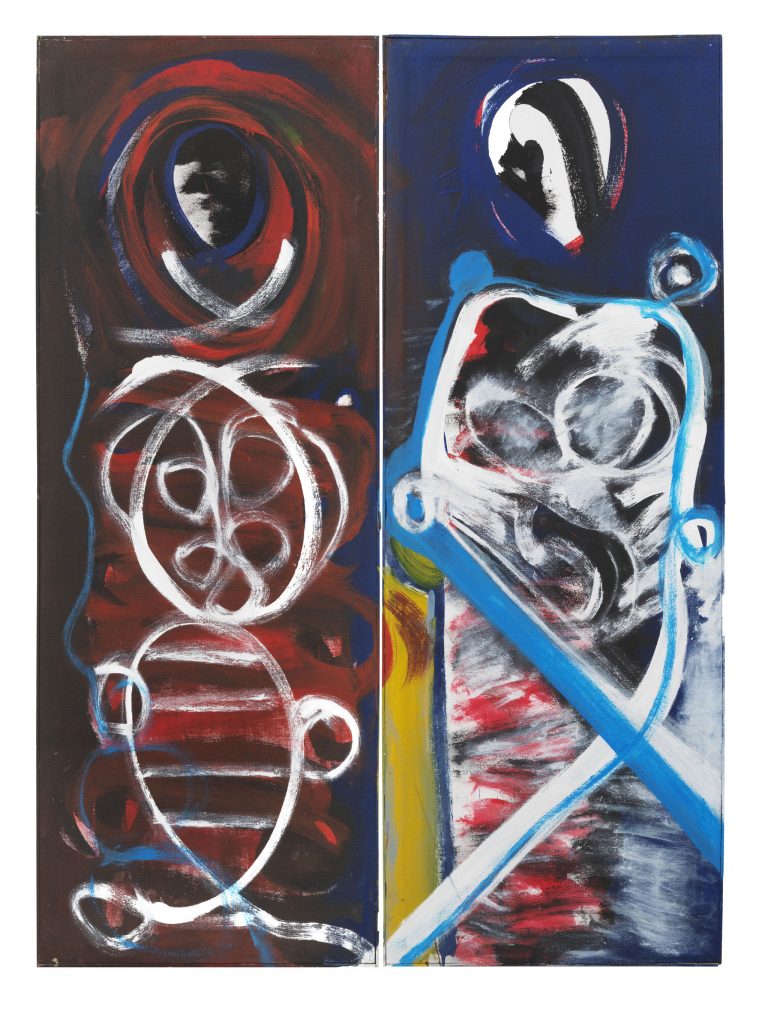 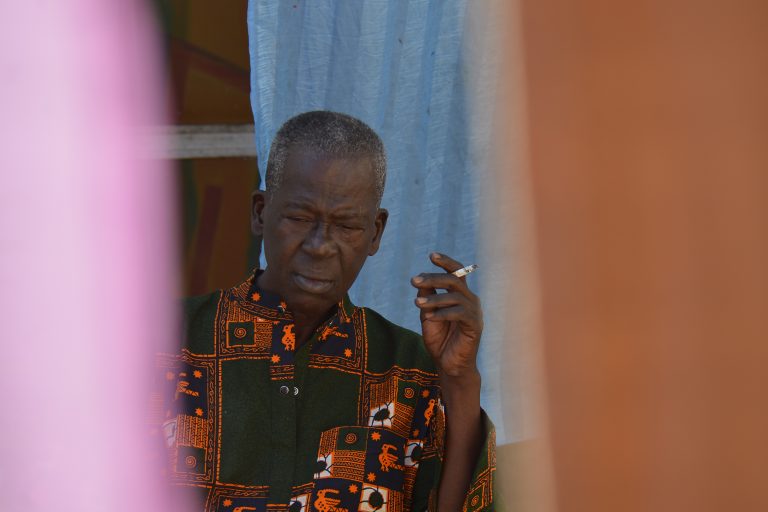