“What is painting? This is a conceptual question that has its place in language. But painting exists outside language. It is found and has a place in another realm.” 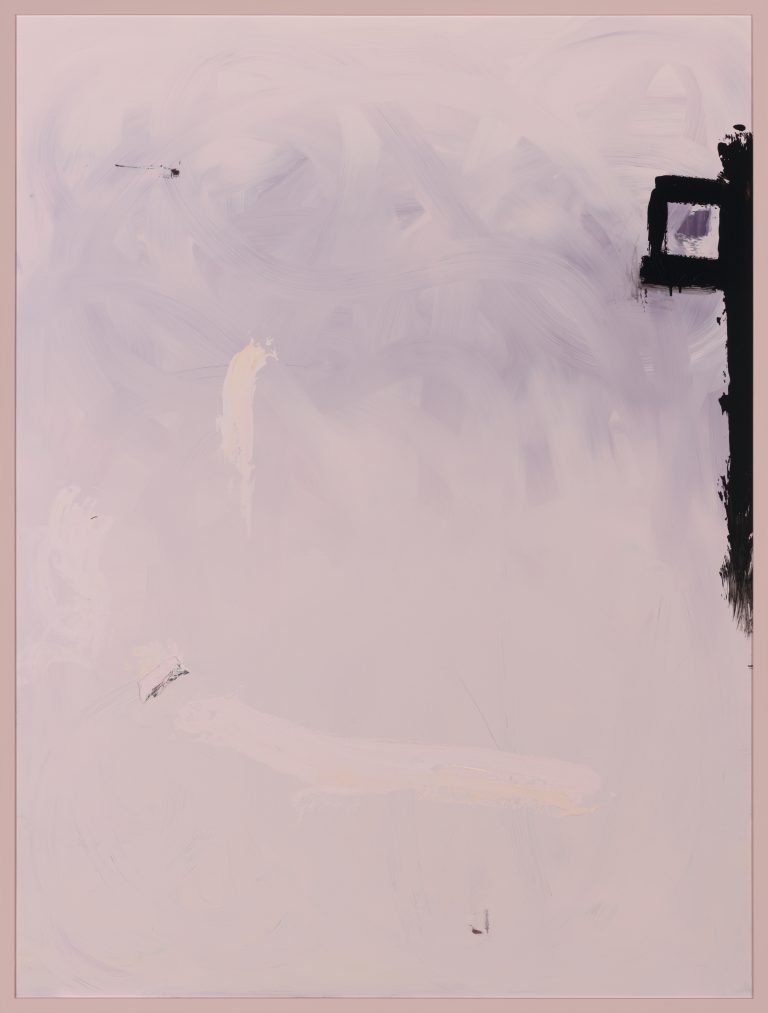 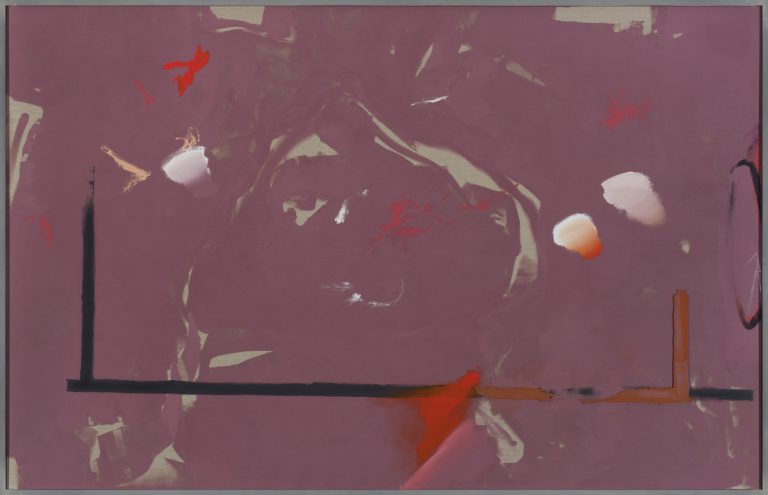 Galerie Thomas Schulte is very pleased to be able to announce the exhibition Anton in a Bast Skirt by Michael Müller, opening as part of Gallery Weekend Berlin this September. This will be the first solo presentation by the artist at the gallery following his extensive cycle of “18 Exhibitions” (2013 to 2017). The new exhibition will further more be the first with a focus on Müller’s painterly oeuvre, who until now has been known primarily for his conceptually complex, multi layered installations and performances. As part of his show at the gallery, Müller will present two new groups of works, “In front and behind the glass” and “Handicap.” In these, Müller examines the classical approaches, methods and techniques of painting — its formats, materials, presentation and reception — and questions our learned expectations with regard to painting. Both groups of works explore different aspects of the painterly process.

“In front and behind the glass” is a series of abstract paintings in which Müller uses various materials such as glass, canvas and metal as painting ground in order to explore the possibilities of shaping the relationship between the projected spatial effects of an image and its“nature” as a painting and three-dimensional object. By painting on the glass, which usually separates the painting from its surroundings, we as the beholder see the paint “from behind,” through the transparent ground.” The composition of the final work, which in some cases consists of several layers of painting on transparent and non-transparent supports, requires Müller to paint on the glass “in reverse direction.” The pictorial vision, the mental blueprint of what ultimately will constitute the composition of the work, throughout the painting process has to be thought backwards. Moreover, the paint seen from behind appears to the beholder as a smooth, saturated surface. The brushstroke, the physical trace or handwriting of the artist, which traditionally is so important in painting, remains hidden — concealed in the small space between the glass and the canvas or wall. 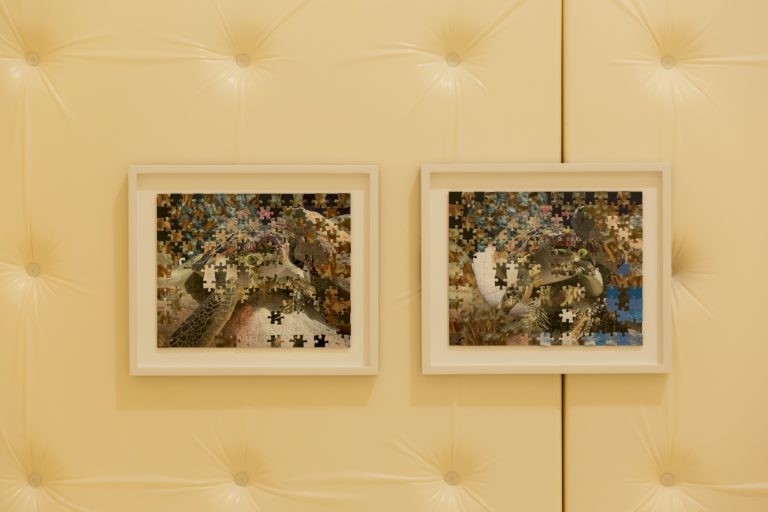 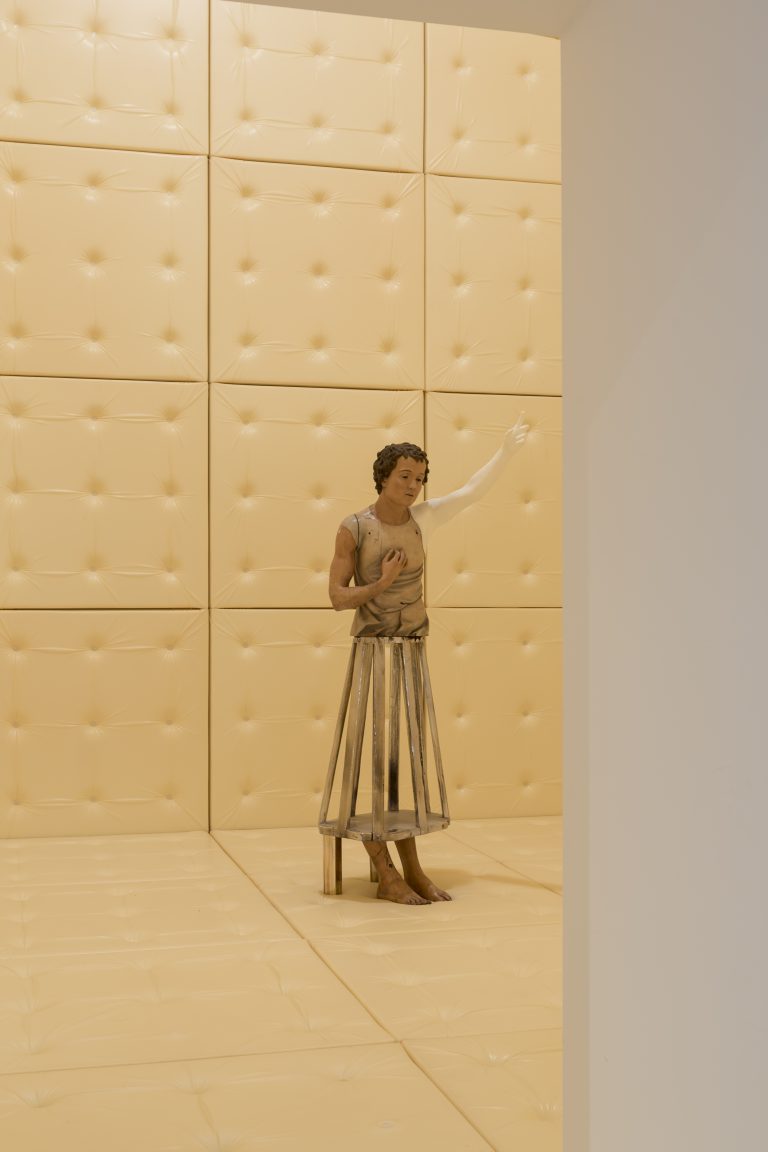 Müller has painted the works of the series “Handicap” either with his bare fingers or using “tools,” which instead of enabling painting make it more difficult, such as windshield wipers, a mop, a scalpel, rollers or an encrusted, dry brush. The artist thus deconstructs the myth of the artist’s “ingenious hand” — a myth that can be dated back to the Neolithic period, to the imprint of the human hand found by archaeologists in early cave paintings.

At the heart of Müller’s presentation is a painting-installation — a hybrid between installation, painting and sculpture. A single painting is presented in the center of the room, attached with a flexible joint to a free-standing metal column. The visitor is invited to change and manipulate the orientation of the painting by moving it around. The frame of the painting for this purpose has been equipped with handles. The beholder is enabled to break with the determinism of the standardized way of presenting painting. Moved away from the wall, the picture—which is perceived as two-dimensional—becomes recognizable as a three-dimensional object in space.

“Painting and people share the fate of being incomprehensible. They are beyond rationality. They are both banal.” 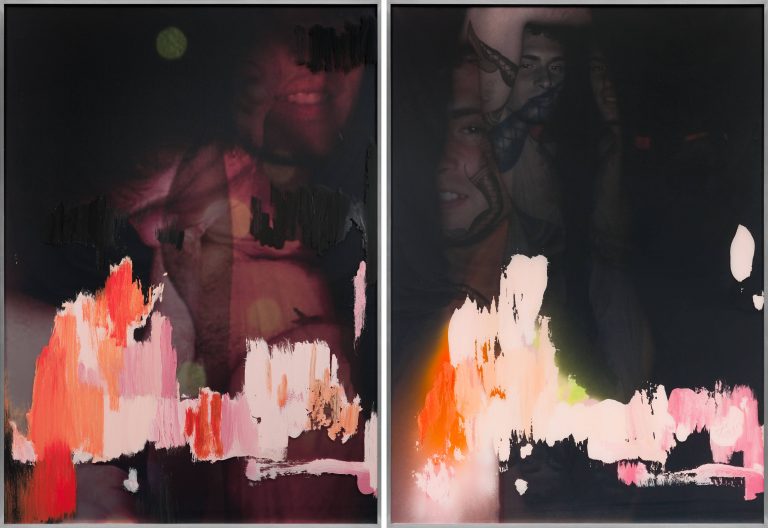 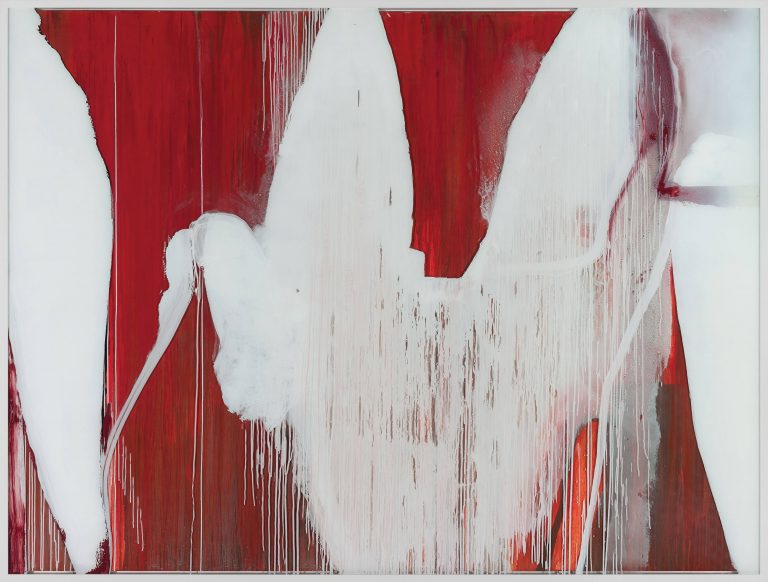 In the front area of the gallery, the exhibition Anton in a Bast Skirt is framed and extended by a second exhibition Bikini on Mars and an additional installation Beyond the White Cube (Zeigen). The latter consists of a room lined with cream-colored, sound-absorbing foam panels and with a 19th-century Christian processional figure placed inside. The figurine’s missing arm has been replaced by a scaled-down 3D-print of Müller’s own arm pointing upwards into the air. Two small puzzles are presented on the walls, featuring the interlocked motifs of a turtle and a hermit crab.