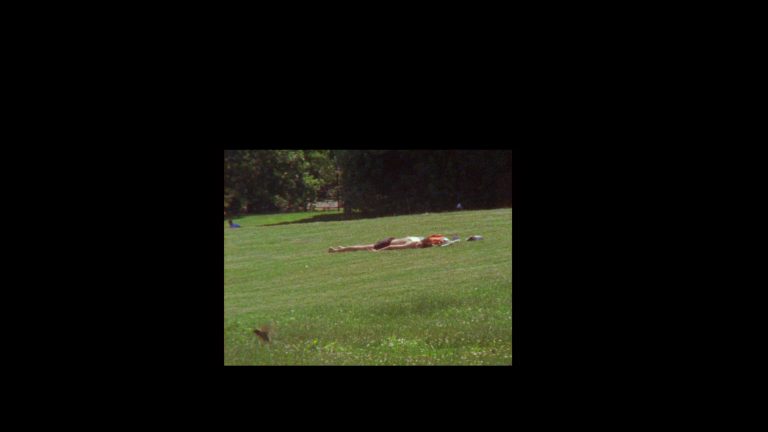 For Gallery Weekend *Discoveries, Sweetwater will present Christopher Aque’s second solo exhibition with the gallery. Through sculpture, photography, and video, Christopher Aque’s work explores the connections of power structures and dynamics to notions of desire and sexuality. Public space is often the site of these investigations, expressing the inherent vulnerability of private desire. 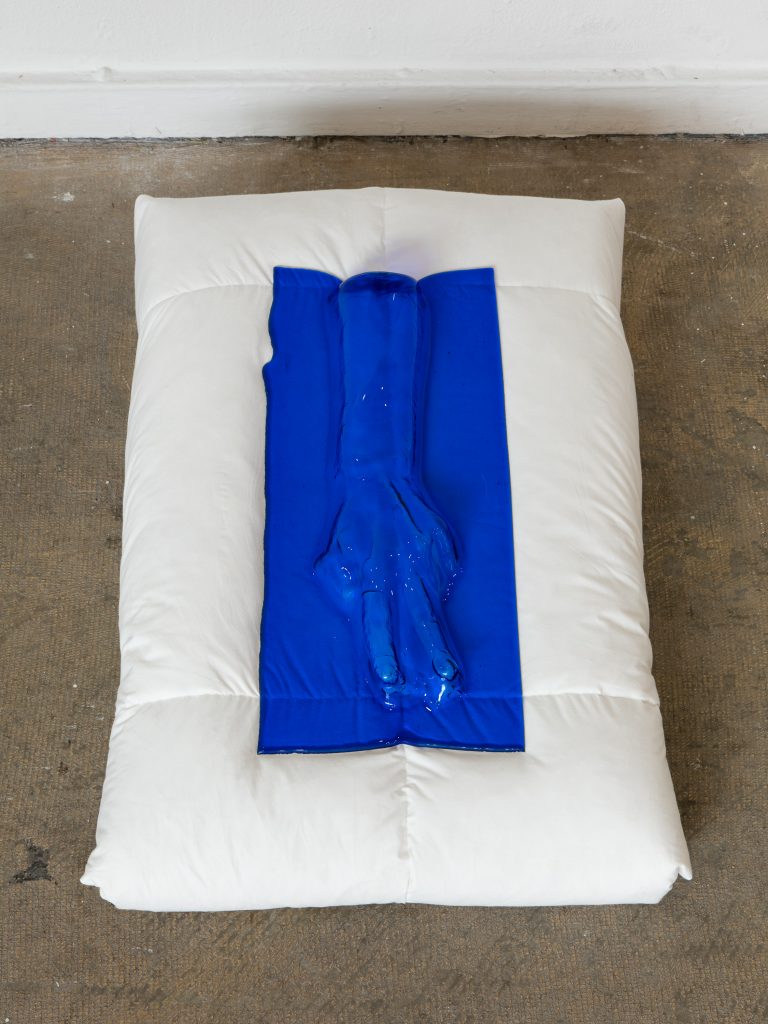 Christopher Aque, Repose (a couple), 2019. Courtesy of the artist and Sweetwater, Berlin.

Christopher Aque, Repose (a couple), 2019. Courtesy of the artist and Sweetwater, Berlin.

Aque’s exhibition takes inspiration from the memorial fountains, public waterways, and pedestrian traffic of New York City. At the center of the gallery is a multi-part sculpture: two fountains, each drawing water from the other. As the water passes through the cast-glass forms, it is cleansed by germicidal UV-C lights. Typically used in hospitals and laboratories to sanitize equipment, the lights here act as a purifying method for the water that circulates through the gallery. Six diptychs juxtapose one voyeuristic photograph of a New York pedestrian with an image of water in motion, encased in a plexiglass box and set behind a linen passepartout. The photographs are made via gum bichromate prints, an arduous, labor-intensive process requiring as many as 15 separate exposures, each made with the same UV-C lights present in the fountains. 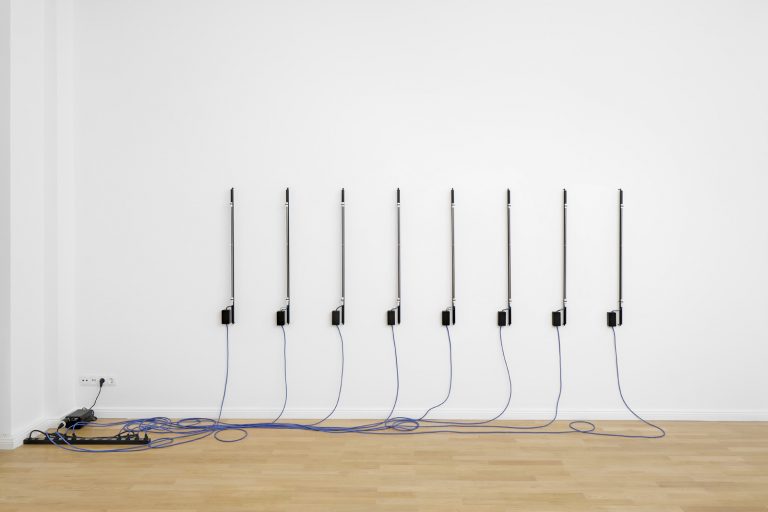 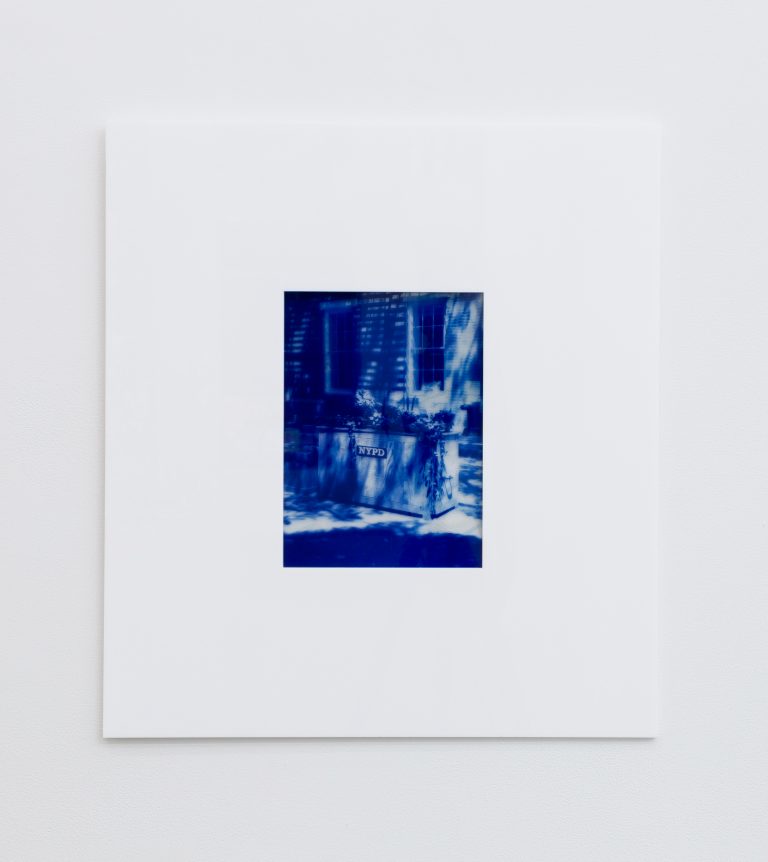