by Slavs and Tatars

In the Hall of Fame of Rivalries, where empty jerseys eye each other down, and lab coats draw swords like ghosts under the cover of night’s darkness, right up there with historic feuds between Thomas Edison and Nikolas Tesla, or Albert Eisntein and Henri Bergson, or even the consumer battle between Pepsi and Coca Cola, a corridor exists for Art versus Craft, and a corner for their respective sidekicks, Autonomy versus Function. What makes competition between rivals so compelling is that similarities are invariably pushed aside to make room for sharp contrasts, to say nothing of sharper elbows. To try to distinguish between Art and Craft, is to engage in the disciplinary equivalent of trench warfare; and despite an inordinate amount of ink spilt on the subject, the frontiers seem to have budged preciously little.[1]

Far from the tacit dismissal of handicrafts and folklore that has often characterised the modern project, Slavs and Tatars tend to see no less than the currents of history, political emancipation, and ideology in these otherwise discreet craft objects and practices. For our Friendship of Nations: Polish Shi’ite Showbiz, we have studied, adopted, revised and employed several such instances – from pająks to reverse-glass painting and banners – where craft or folklore traditions are shared between the peoples of Iran and Poland. While some of these traditions – such as the mirror-mosaic – have been instrumentalised for ideological ends – Slavs and Tatars have aimed to redeem, or restore, a critical potential in each craft’s formal and discursive relevance to a shared heritage.

Pickle Bar is Slavs and Tatars’ latest initiative to extend their Eurasian platform to the greater public outside the confines of the traditional institution. Situated steps away from the collective’s studio and recently-launched mentorship & residency program in Berlin’s Moabit district, Pickle Bar invites other artists, thinkers, writers, and researchers to explore the limits of ideologies and the edges of belief systems within a Slavic take on the apéritivo bar. 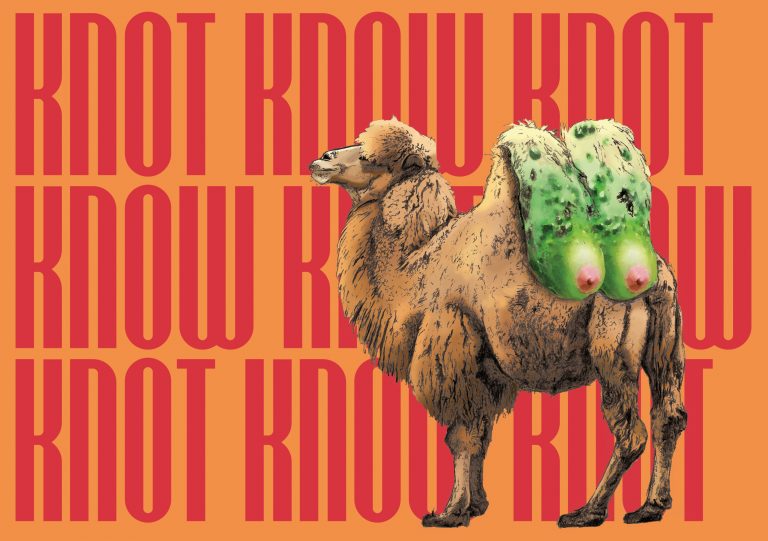 For Knot Know, our summer program at Pickle Bar, we’ve decided to look at craft’s potential for building solidarity and queering beliefs across Central Asia and China. Each month, a specific work will be presented at Pickle Bar–a paper cut-out, an ikat, or Muslim Chinese calligraphy–as a gnostic thumbnail, a point of departure for lectures, screenings, podcasts–online as well as in real brine. Crafts offer a tonic to the many jinns of contemporary society: be they cults of personality, secular rage, or ecstatic acceleration.

Pagan, Pantheist Progressivism aka the pająk

Originally a pagan tradition, the pająk, as its name in Polish indicates, hangs like a spider in homes across Poland. Every autumn, according to local customs, Poles craft a pająk from found material to give thanks for the year’s harvest. Equally ephemeral materials – tissue-paper, hollowed egg shells, ribbons, etc. – serve as ornaments, in the shape of flowers or simple pom-poms. The austere geometry of some recalls the geodesic obsessions of Buckminster Fuller, if only more vernacular, with the hearty material more spinstress than systems theorist. Other pająks look like exploded stars: taking over the entire ceiling, they function as full-fledged interiors rather than mere decoration. Meant as symbols of fertility, if one were to judge by the sheer scope of shapes and scales found, the pająk is indeed a bounteous medium. 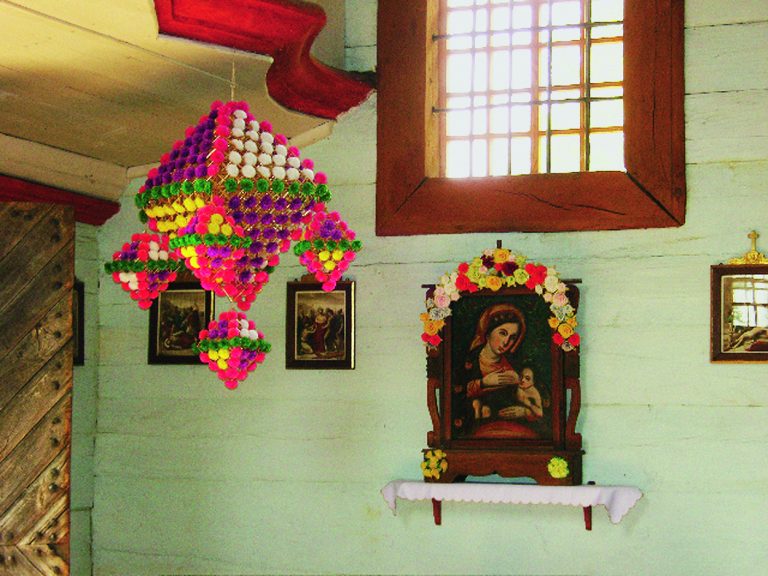 Pająk hanging in a church within the Ethnographic Park in Tokarnia, part of the Museum of the Kielce Region Countryside

Like a votive, sometimes sprawling from the centre of the ceiling, or at other times delicately dangling in the sacred corner of a room, the pająk celebrates the yearly harvest with charmingly pantheist panache. Straw, wheat, reed, or even dried beans make up the delightfully intricate skeletal structures. Wreaths of wheat are carried in processions such as dożynki (a harvest festival) and laid out in the fields or installed in the local church.Wheat is the most prominent of elements making up the mythological constellation of Мать Земля (Mat Zemlya or literally Mother Earth), the collective term for Slavic deities connected to life cycles such as growth, birth, and more specifically harvest. The Ukrainian Дідух (didukh or literally grandfather spirit), an age-old craft of weaving a staff with wheat not unlike the dożynki, provides the genealogical force – the staff representing one’s ancestry as a talisman.

Logo of the Army of the Guardians of the Islamic Revolution

Logo of the USSR

From the basic building block of food (bread) to the ideological stand-in for socialism, it could be argued that wheat exerts a sacred, almost atavistic aura, and not just in Slavic countries. The Bank Sepah, Iran’s first bank established in 1925, today sports a logo combining the stylised lettering for Allah, as found on the flag of the Islamic Republic, surrounded by a wreath of tulips on the left and by a stalk of wheat on the right. This inadvertent tribute to the crest of the USSR, whose hammer and sickle are surrounded by two stalks of wheat, would make Iran’s Revolutionary Guards, the inheritors of the Army Pension Fund at the origin of the Bank Sepah, drop their collective jaws. Wheat’s rare ability to combine the seemingly incommensurate – Communism and Islam – can be found even on the logo of the Army of the Guardians of the Islamic Revolution, where a stalk of wheat sticks out of a resistance fighter’s sleeve, above the Kalashnikov.

The renewed interest in crafts as a consumer object and creative activity in recent years has been amplified by an accompanying disillusionment with modernity. The pająk for example can provide a model of antimodernism – the relentless ricochet of looking backwards in order to advance more boldly forward – in so far as it commemorates the past, in the form of an offering for the crop’s yield, and benediction for the future, that is, the harvest of the forthcoming year.[2] Today, having slowly given up the ideological window dressing of modernity, and forsaken the seductively benign euphemism of globalisation, the capitalist cloak of internationalism is faced by a resurgent provincialism and nationalism. We look to the antimodern with particular urgency, to open up a space no matter how cramped for a cosmopolitan and progressive resistance to the transactional. 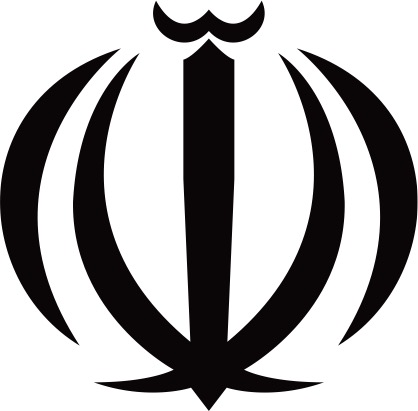 In Praise of the Normal, the Methodical, and the Slow

By most metrics, crafts are slow. Whether it’s the emphasis on intricate handiwork or the disruptive anachronism of the artisan in a post-industrialised society, craft’s personification would be the grandmother to the young whippersnapper that art imagines itself to be. By jamming time though, craft can open up a space to not only make and produce otherwise but also to think differently. If, for example, the pairing of Poland and Iran and their recent histories strikes an off-key note, the unlikely affinities between Shi’ism and Catholicism only pours further fuel on dissonant fires. Scholars of Shi’ism, from Seyyed Hossein Nasr to Henri Corbin, have often pointed out areas of overlap, from the idea of transubstantiation to the proliferation of saints and their veneration, from banner processions to painting behind glass, to self-flagellation.[3]

David Pye sees in craft ‘the workmanship of risk’ (as opposed to ‘the workmanship of certainty’ of industrialised production): that is, the outcome of the former is less predetermined than the latter.[4] He uses the analogy of writing by hand versus modern printing. This refreshingly severe euphemism manages to define process, diligence, or the methodical away from the sentimentalism often associated with handiwork on the one hand and the romanticism of the accidental, inspired artist on the other.

Craft offer a refreshing antidote of the collective impulse over recent decades’ increasing obsession with the individual. Contrary to its oft-touted DIY image, the obstacles for entry into craft remain, relatively high. The protectivist urge in crafts stems from the very first guilds. When push comes to shove, unlike the arts, crafts tend to opt for repetition over difference: an apprentice calligrapher for example, must spend some ten years copying his or her mentor before daring to allow a flourish of their own. In fact, the repetition – be it the mantra of a zikr or the stitching of a needlework – revolves around a certain genealogical transparency so engrossing it veers on transubstantiation; one must not just reveal one’s sources but become them. A correlating dynamic – between the collective and the individual – in the crafts takes place between mentor and apprentice, with the latter emphasising tradition over innovation. Instead of profaning originality by peddling it at every moment – from the conception of the work to its distribution – the radicalism of what constitutes true innovation is sacralised, soothed by the retelling and reiteration of a certain practice over and over again. That is, the crafts allow for a decoupling of innovation from individuality.

In the merging of life and work that results from a profession passed down across generations, the heft of tradition makes craftspeople authors in their own right.

In an attempt to embrace both factions, and never one to shy away from a doomed endeavour, Slavs and Tatars choose to reach across the aisle separating art and craft, as if to suck every last ounce of venomous binarism out of the divide. If the storyline up until now has been one of crafts’ over-reaching aspiration to be included in the rarefied world of the fine arts, perhaps we should try something entirely different (surely there must be an antonym for aspirational?); to collapse both arts and crafts downwards into the everyday, the generous, the intimate.[5] In such a manner, we can turn up the volume on the so-called politically mute craft loud enough to tempt the fine arts to join in the dance of shifting down. 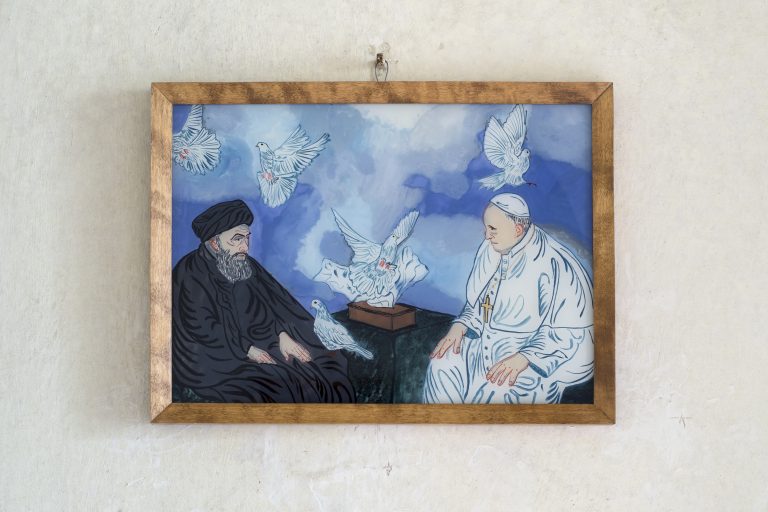 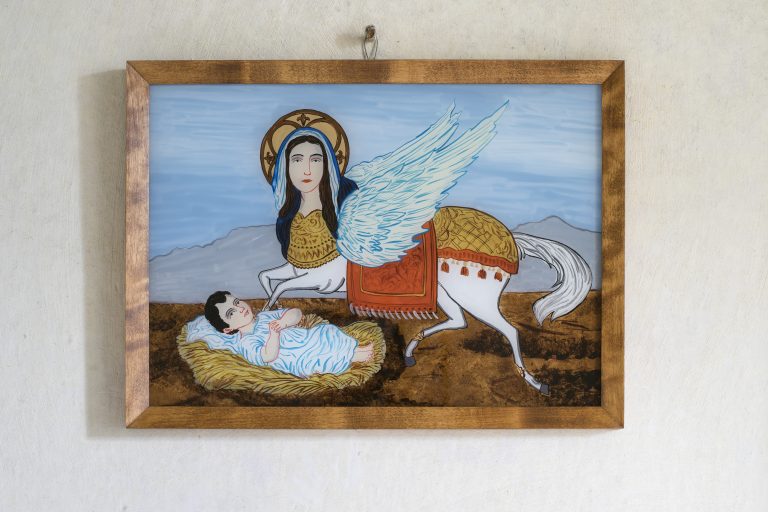 [1] The crux of the debate distinguishing Art from Craft can be summarized in three points: One, craft has not managed to create a critical discourse on par with that found in art history. Two, art is autonomous while craft often serves a function. Finally, craft – invariably dependent on the work of the hand – has inadequately adapted to the world since industrialisation, which is not the case of art.

[3] If (Sunni) Islam was a reformation, a correction of sorts to what some deemed the excessive idolatry of Christianity, then Shi’ism’s role as counter-reformation becomes more vivid. Hence the claims that Shi’ism Christianised Islam both theologically with the re-introduction of mystical gnosis or the return of the twelfth imam, or Mahdi, as well as formally with its less doctrinaire view on figuration. Slavs and Tatars’ Reverse Joy lecture-performance draws another parallel between Shi’ism and Catholicism in the respective rituals of Muharram and Carnaval.

[5] ‘The special quality of beauty in crafts is that it is a beauty of intimacy….The beauty of such objects is not so much of the noble, the huge, or the lofty as a beauty of the warm and familiar…Here one may detect a striking difference between the crafts and the arts. People hang their pictures high up on walls, but they place objects for everyday use close to them and take them in their hands.’ Sôetsu Yanagi, in: Adamson, 2010, p. 168.

Please note that the attendance capacity is limited inside the Pickle Bar.