The older me would hate the younger me!

I want to be younger but I’d never trade back places with my younger self!

I would tell my younger self not to be so stupid!!

I would tell my younger self not to worry, you’ll survive sweetheart, things

won’t be great but they’ll be..well.. okay at least 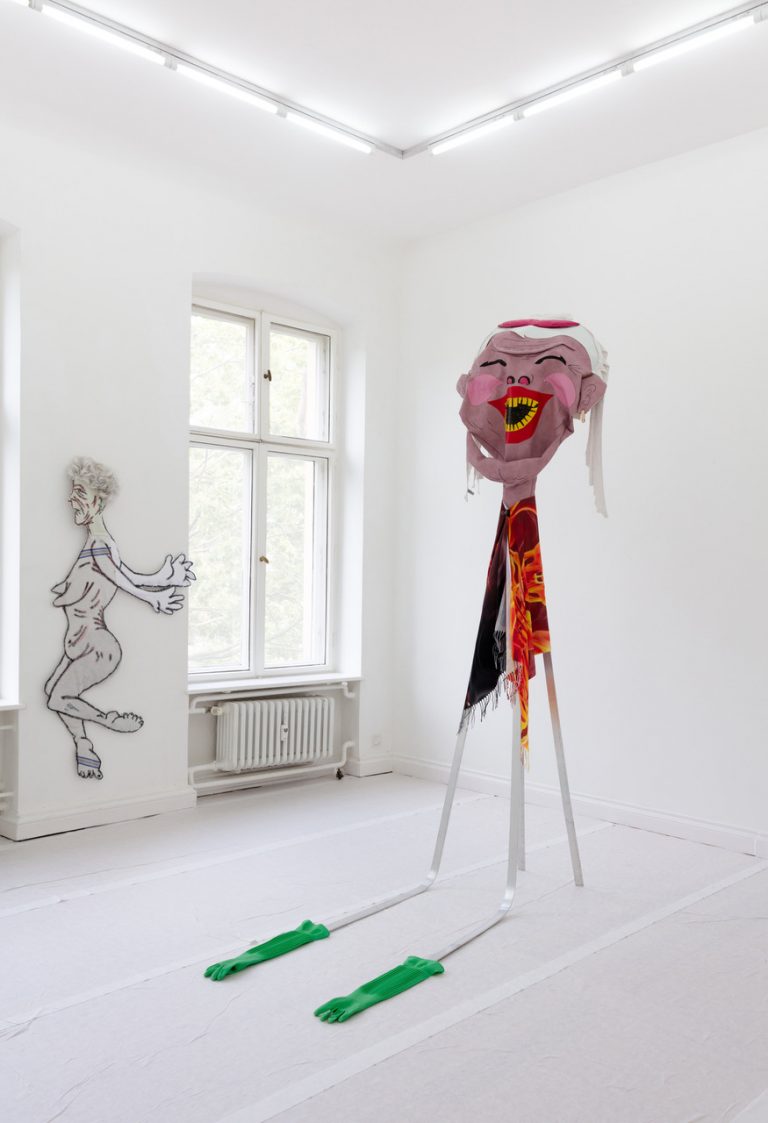 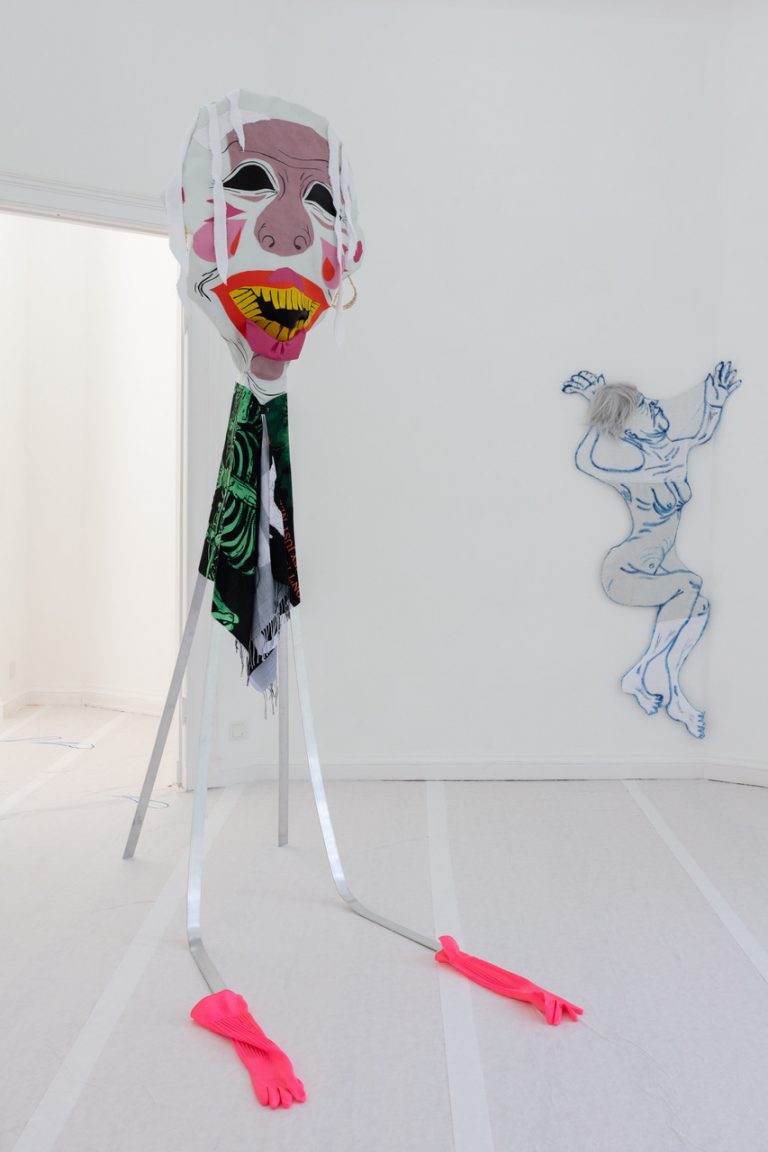 Within her body of work, Catherine Biocca frequently shapes large-scale scenes that insinuate total autonomy from the viewer’s reality. It is almost, as if by visitation we are actually intruding upon private property or a theater stage, interrupting the very happenings taking place. Her characters, deemed recognizable as anthropomorphized assemblages, are consistently active and presently conscious within their surroundings. 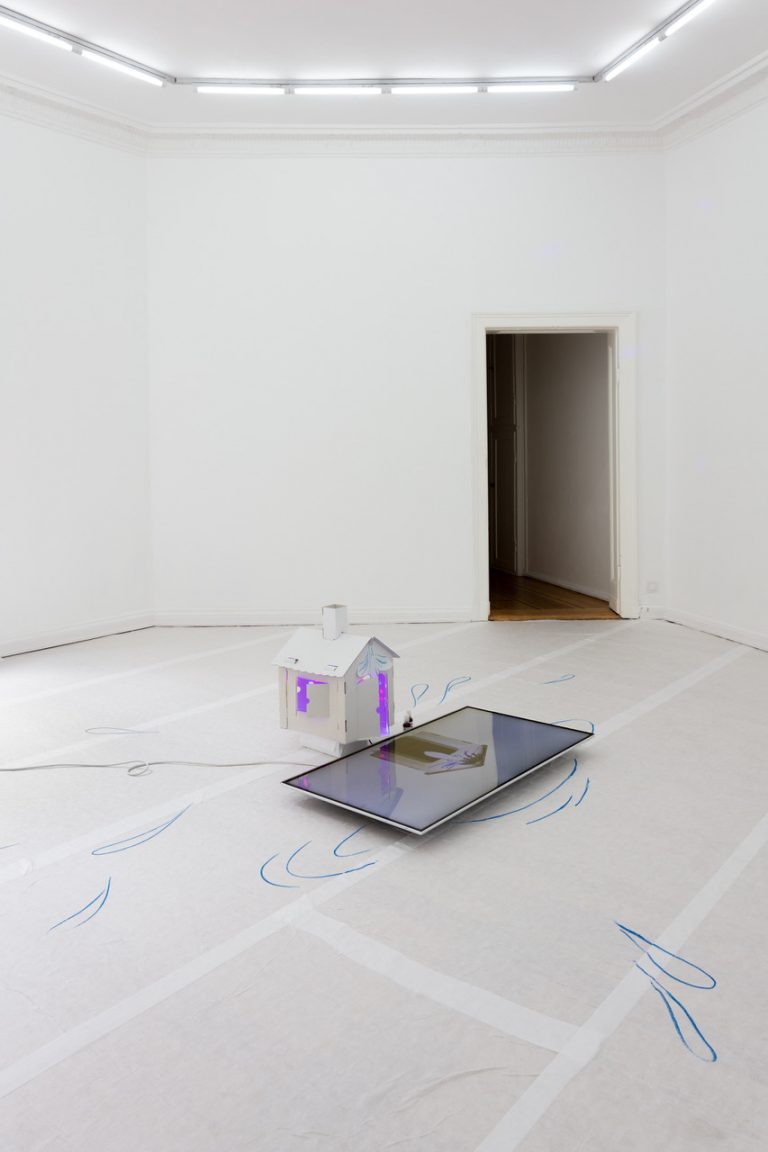 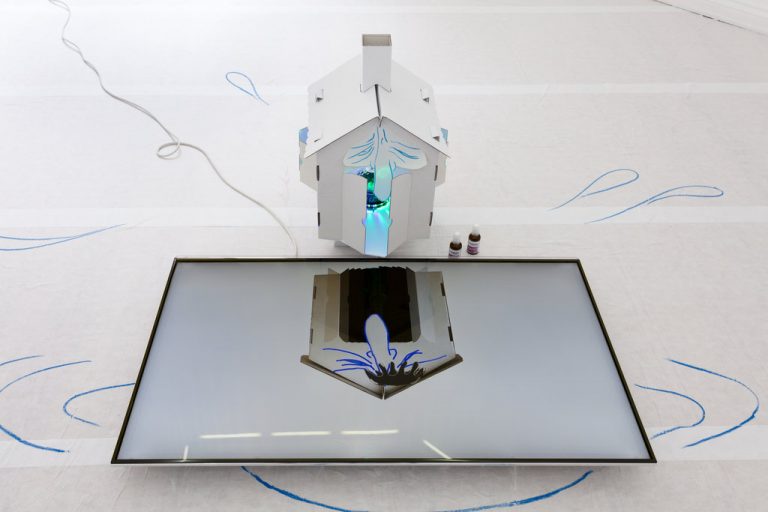 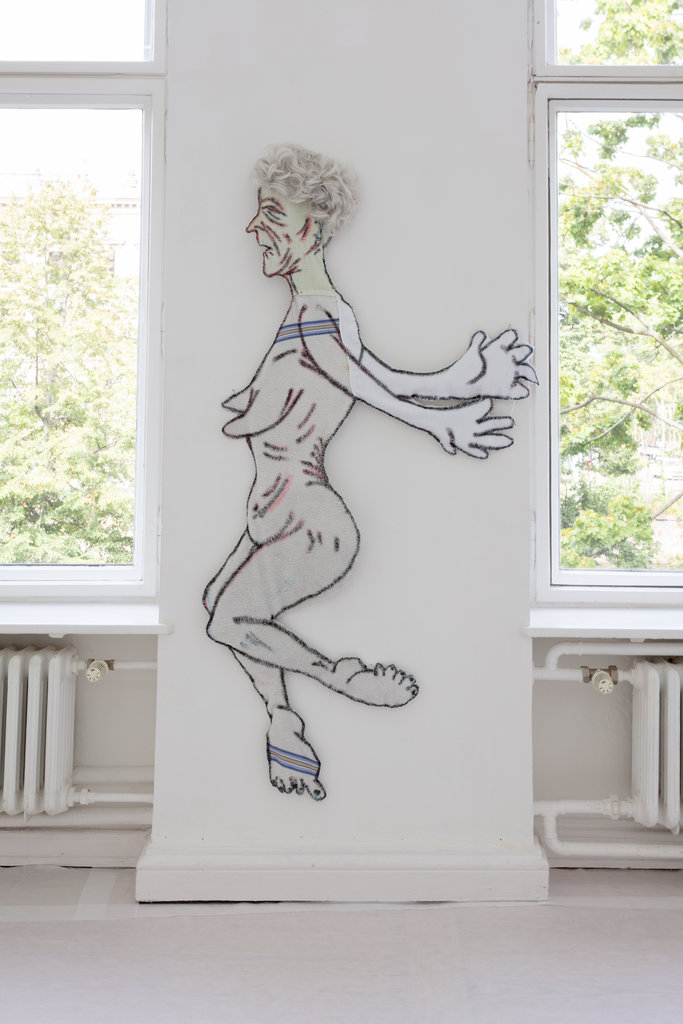 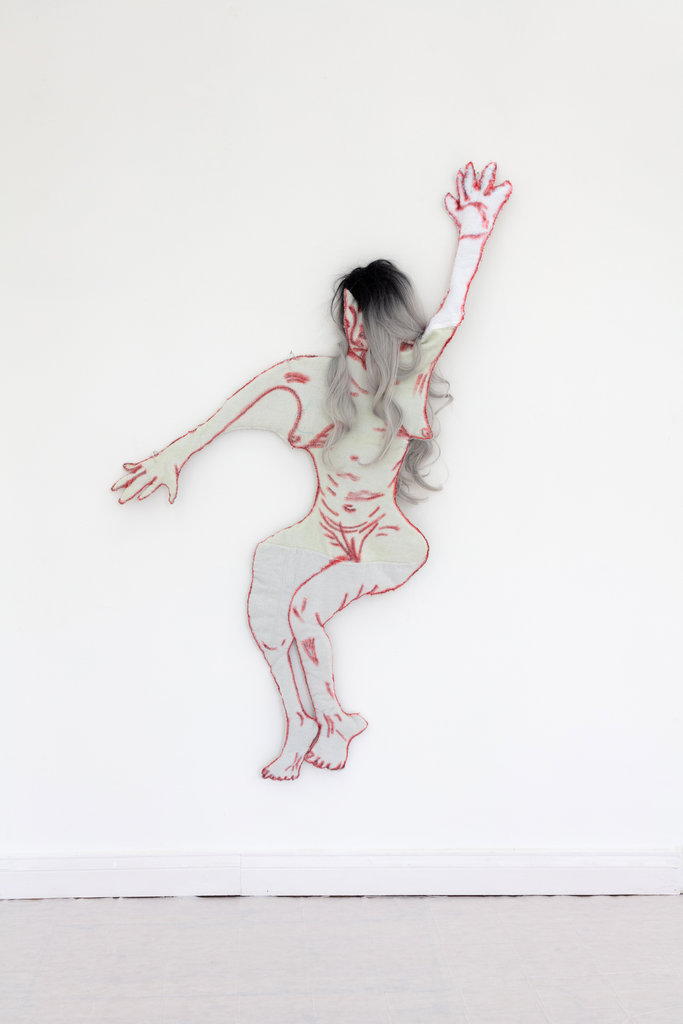 For the exhibition Milky Seas , Biocca has created an environment wherein the viewer is instantly pulled into an unpredictable narrative. The exhibition explores and challenges the inside/outside barriers of perception between subject and object. Once in-situ, the viewer no longer possesses a passive watchful gaze, but instead becomes integrated into the story as a kind of collective consciousness slips and weaves itself through the membranes of the gallery space.

Upon entering the space, a humanoid house-like sculpture snores heartily, filling the space with gentle sounds of sleep. It becomes apparent the sleepy figure is also slowly flooding its surroundings with saliva, ready to lap at our shoes and perhaps wash us away at any moment. The liquid permeates through the space, anchoring us together in the present, to an entirely collective experience.

Not far away, we happen upon a lively conversation we aren’t entirely sure we are meant to hear. Two candidly aging ladies, their figures of which are made up of a variety of materials soft and solid, cackle and screech freely at one another for a time. Their exaggeratedly long limbs and wry facial expressions allude to a playful kind of jeering, joke-telling, or rousing of whomever comes within earshot. Not unlike an excited crowd yelling the slogans of their favorite sports team or politician, the two mimic aggressive battle cries and shouts, usually meant to intimidate one’s opponent or enemy. Surrounding them, more mischievous figures dance and leap freely throughout the space.

This activel and frenzied scene is soon disrupted by an impending sound; the approaching footsteps of an authority perhaps ready to tread boldly into the setting, sullying the floor with their hefty boots and punishing our rowdy protagonists.

you didn’t mind, or even wipe it away

It just got absorbed into you after a while

Catherine Biocca (born 1984, IT) lives and works in Berlin. After studying political sciences in Rome she studied fine arts with Georg Herold at the Kunstakademie Düsseldorf and in 2014 Biocca spent a residency at the Rijksakademie van beeldende kunsten in Amsterdam. Past solo exhibitions include You’re hired , Villa della Rose, Bologna, IT (2019); Complexity Cost, Greengrassi, London, UK (2019); Ancient Workers , Kunstfort Vijhuizen, NL (2018) and Bonsai Feeling , Kunstverein Nürnberg, DE (2017). Her work was shown in several group exhibitions, such as Camouflage , LOK Kunstmuseum St-Gallen, CH (2019); Djima , GAK Bremen, D (2017); or the 3rd Ural Industrial Biennial of Contemporary Art, Yekaterinburg, RU (2015). In 2017, Biocca received the Hans-Purrmann Promotional Award for Fine Art by the city of Speyer and in 2016 the STRABAG Artaward International. Most recently Biocca has been an artist in residence at the Federal Foreign Office of Germany. Currently works by Biocca are on view in Berlin the Haus am Lützowplatz and at K60, Wilhelmhallen, Reinickendorf.