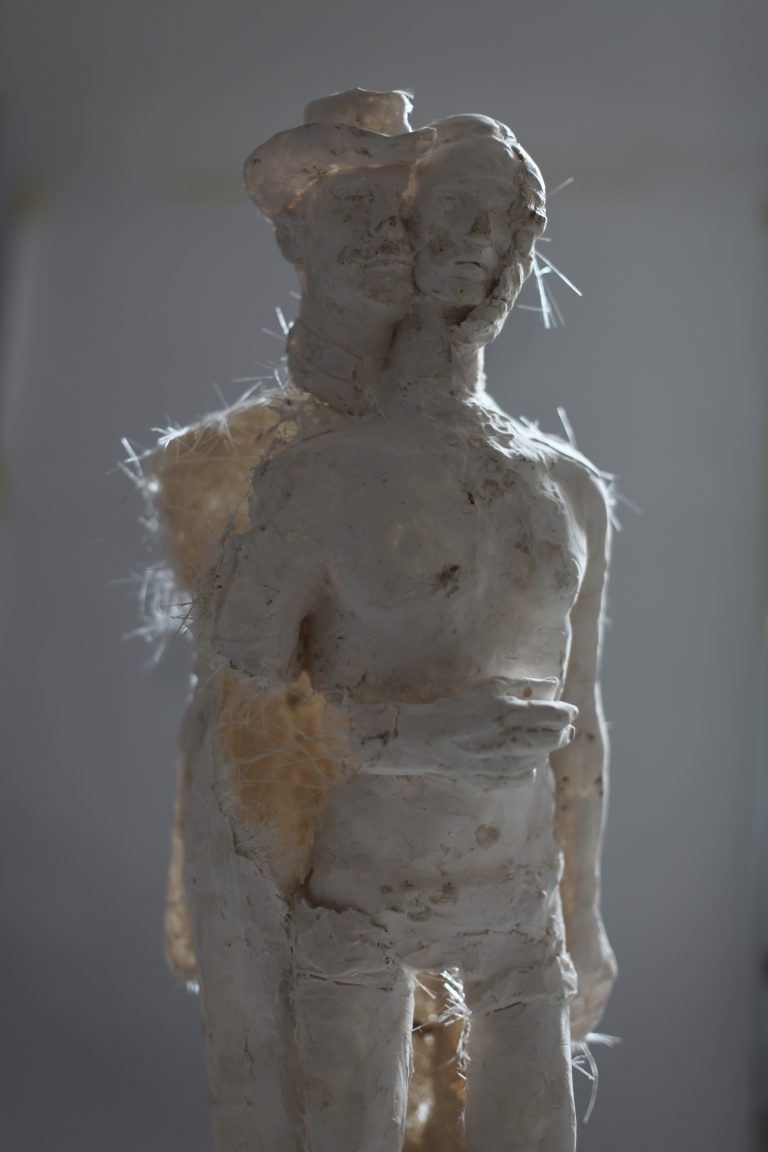 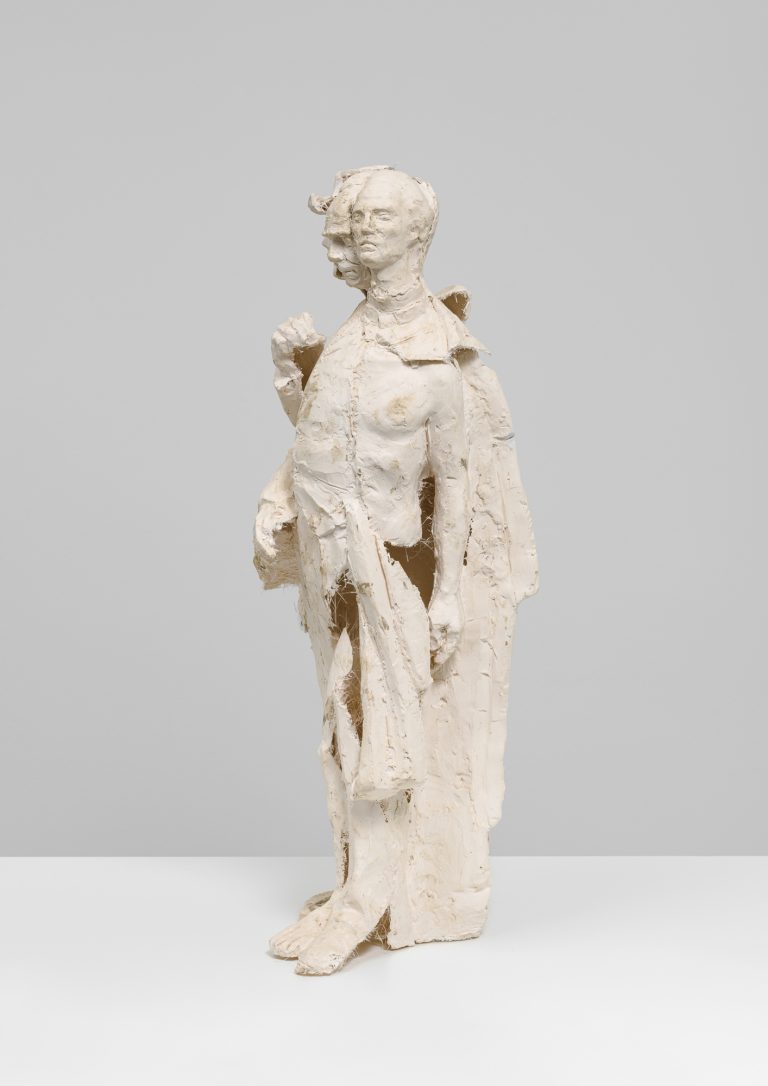 Ciprian Muresan, Project for Monument The Spectre, version 1, 2021. Courtesy the artist and Plan B Cluj, Berlin 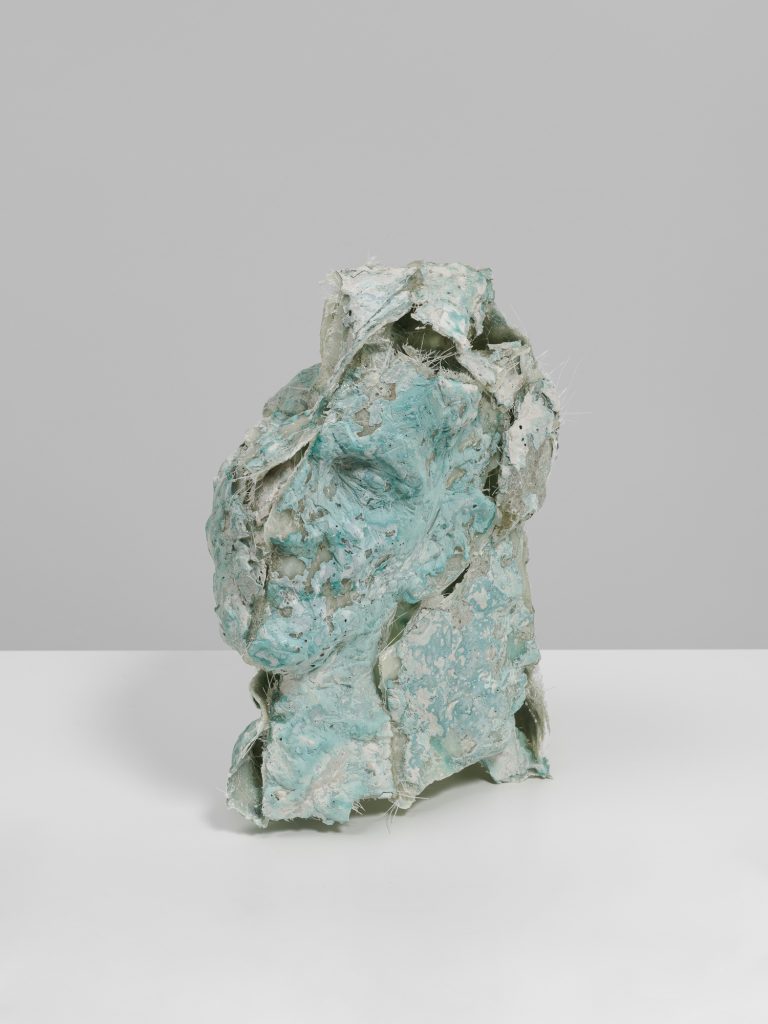 Galeria Plan B is pleased to announce the solo exhibition of Ciprian Muresan including a  presentation of works by Paul Stoie for Gallery Weekend Berlin Discoveries.

Ciprian Muresan‘s exhibition is a critical exploration into the collections that art institutions inherit after radical shifts in the political systems or socio-political (even aesthetical) changes of paradigms, when museum storages become repositories of “junk“. These collections-as-containers could be the subject of TV shows such as Storage Wars, where participants have the possibility to acquire the content of a storage unit without being able to check it beforehand.

In a museum, the mere accumulation of hundreds of works over the years develops a complex institutional apparatus for maintenance, archiving and conservation, which often becomes obsolete. For his solo exhibition at the S.M.A.K. Museum in Ghent in 2019, Muresan copied in drawing the collection of the museum by overlapping the artworks so that they would fit on a sheet of paper. The display of the drawings in Berlin is different than the one in Ghent, where a model of the museum building resembling a carcass was used as a container for the drawings. 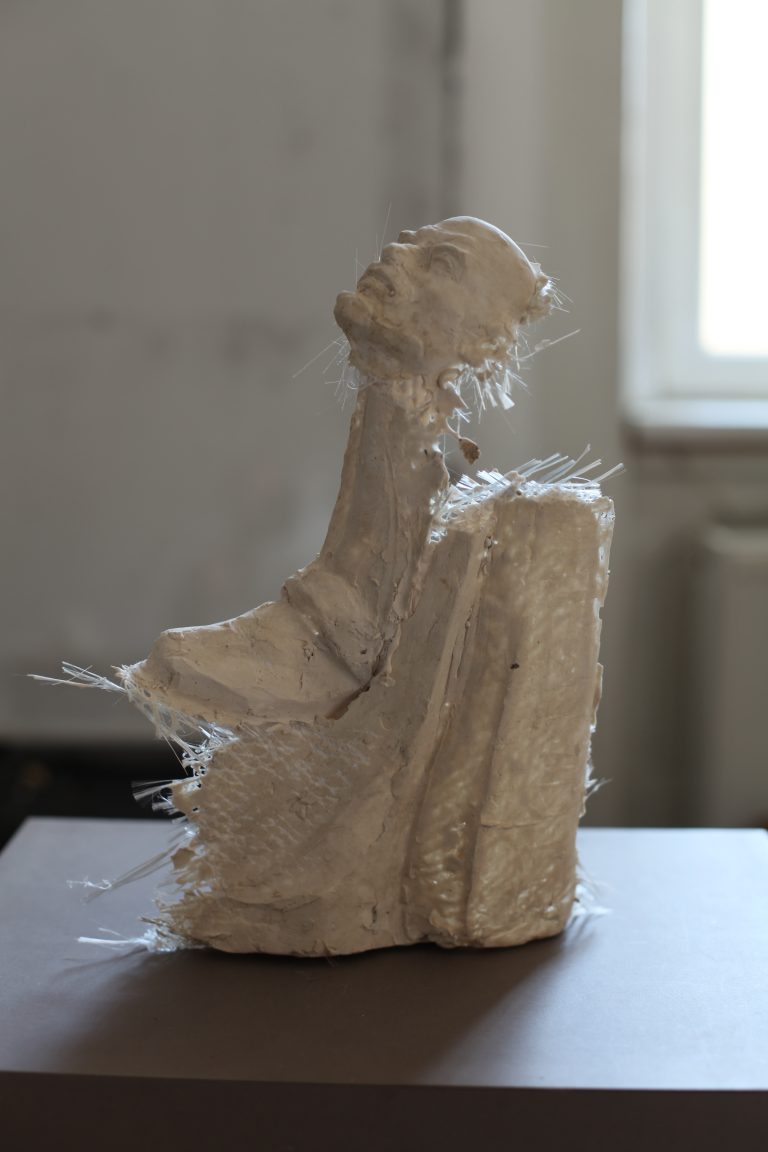 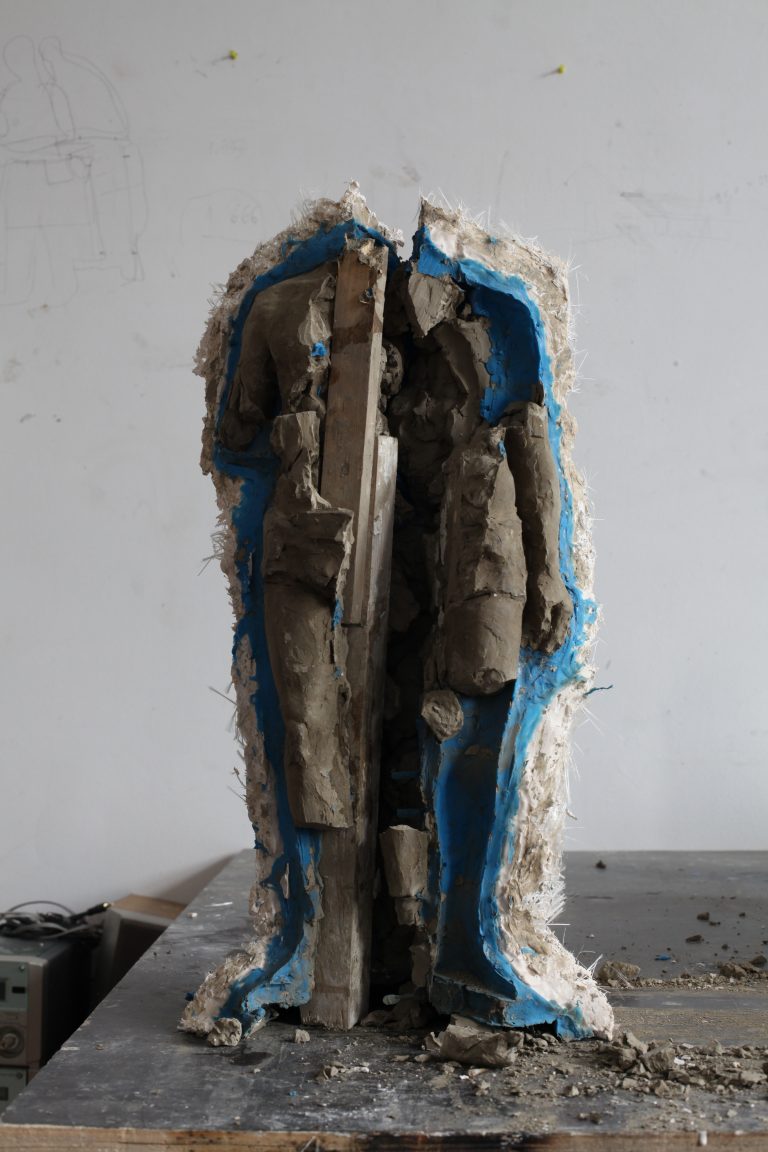 Muresan also reflects on the fate of monuments, their lack of utility nowadays, the loss of their initial meaning over time, and their relevance for the present. In this exhibition, models for realised projects such as The Spectre (2021), a large-scale sculpture exhibited at the National Museum of Contemporary Art (MNAC) Bucharest in April this year, in which he tried to merge images of prominent and frequently represented cultural figures, and the relationships of the sculptors with these personalities, are displayed alongside models for sculptures yet to be realised. In Romania, many monuments were used as occasions for futile celebrations, election campaigns, “markings of territory“, among them: the statues of poet Mihai Eminescu by Gheorghe Anghel, and of playwright I.L. Caragiale by Constantin Baraschi, both in Bucharest, as well as the statue of poet and philosopher Lucian Blaga by Romul Ladea in Cluj. Muresan placed these monuments in a “mixer“, in an attempt to re-purpose them and find new meanings, just as shards from broken porcelain figurines are sometimes randomly recomposed and reflect the peculiarity of history through the impossibilty of having visual closure or a “correct“ assembling of pieces in the puzzle. 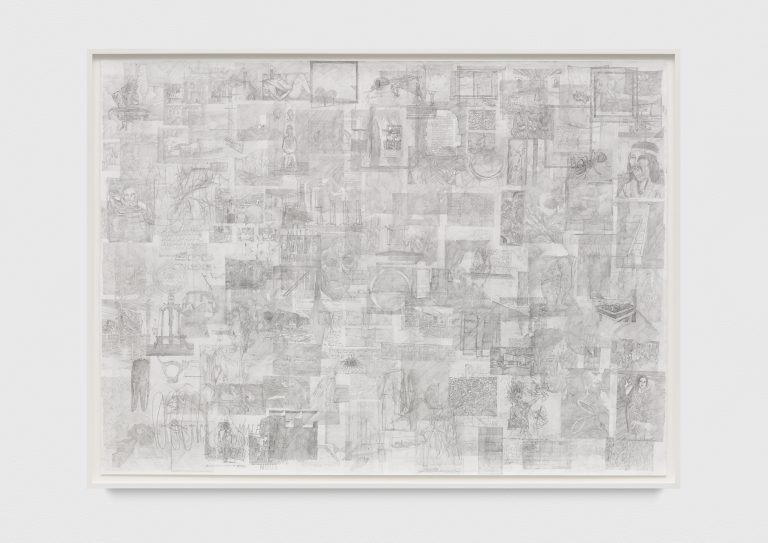 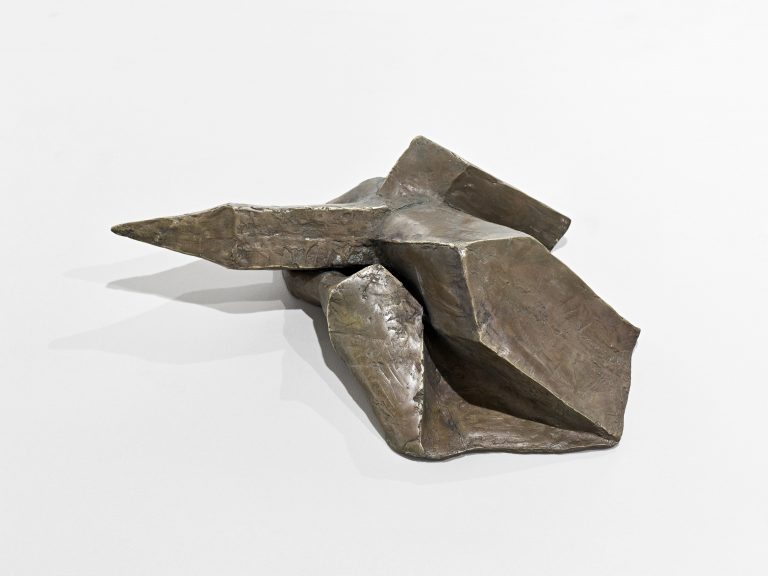 Ciprian Muresan, All the Images from the Complete collection catalogue of S.M.A.K. 7, 2019. Courtesy the artist and Plan B Cluj, Berlin

Another model exhibited combines fragments from a broken statue of Lenin, referencing the statue of Lenin toppled in Piața Presei (Press Square) in 1990s Bucharest. Muresan’s model connects with the history of the city and the irony of making a “cubist“ sculpture by using social-realist raw materials, knowing that the tension between the two directions was in the heart of each artist in Romania (and Eastern Europe) before 1989. 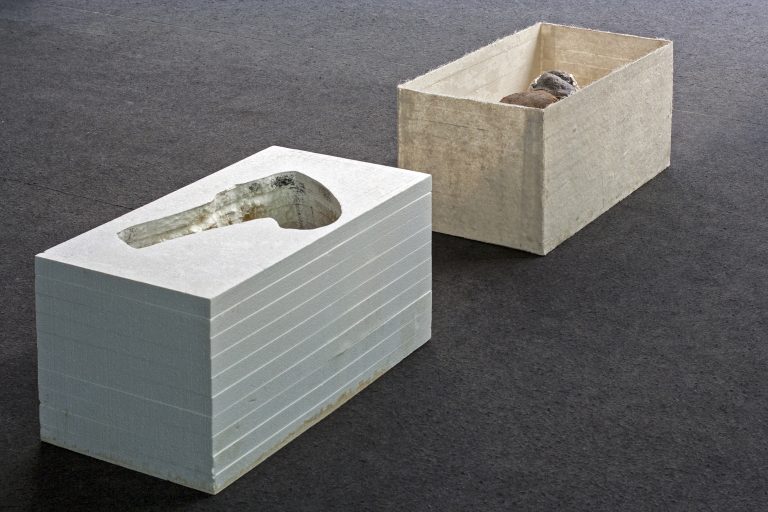 The possibility to share and borrow small details, stories turned into legends or technical procedures when making sculpture is the subject of a new video. Muresan remembered a detail from a conversation with artist Alexandru Antik, who told Muresan how his friend, the sculptor Mircea Spataru, built a monument in Bucharest at the beginning of the 2000s. Trying to remember how he imagined that the statue was made, Muresan filmed the method while applying it to a sculpture of his from 2020 – a sculpture in which he was trying to re-do from memory the God of war by Dimitrie Paciurea on permanent display at the Museum of Art in Cluj.

In parallel to his curiosity about the wax sculptures of  Medardo Rosso, specifically, how the core would look like, if one were to melt the surface, Muresan filmed the melting process as applied to one of his sculptures – a small replica of the destroyed statue of Lenin in Bucharest. 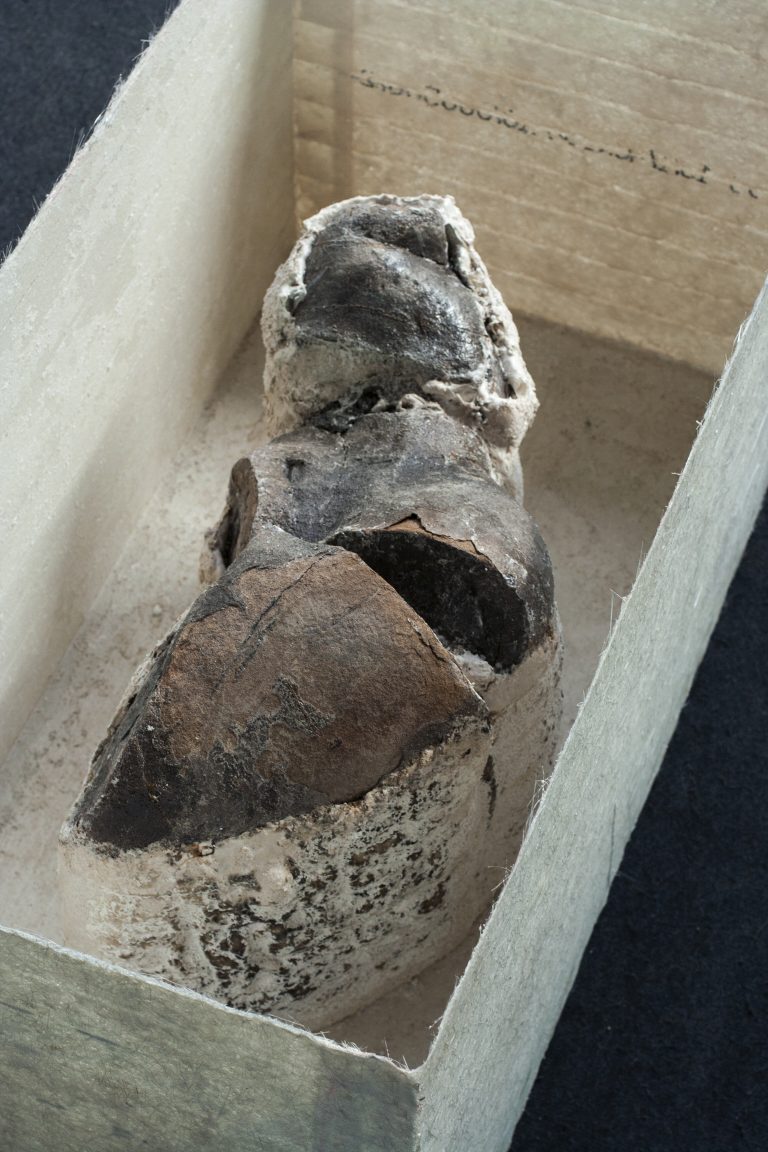 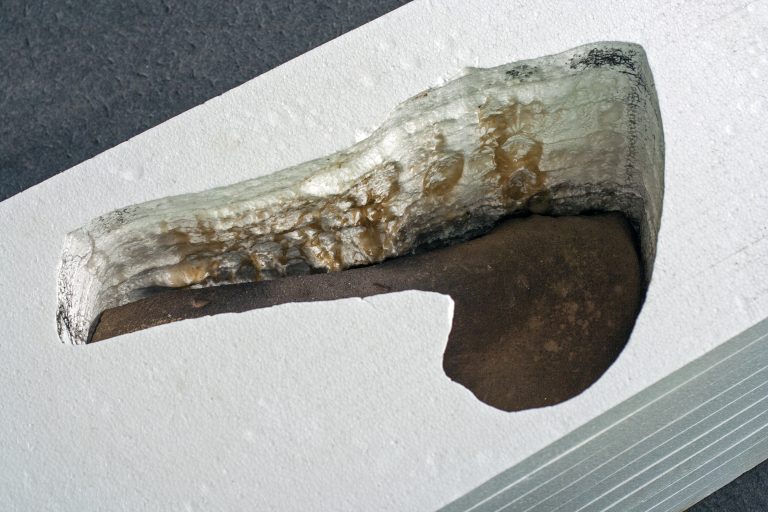