Galeria Plan B is pleased to announce the first solo exhibition of Adrian Ganea opening on the occasion of Gallery Weekend Berlin 2022.

In Ghost Trade, Adrian Ganea’s haunting sculptures construct a virtual forest world, a mythical space both disturbing and intense, inhabited by digital assets that come to life. We find ourselves in a world within worlds, one that is mirroring and yet upsetting what is outside. 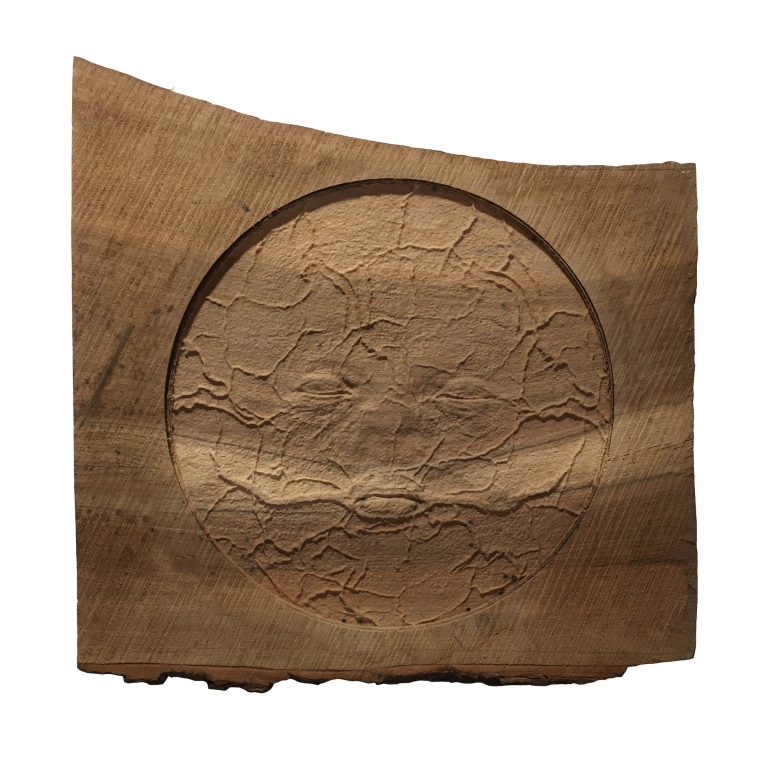 Vast collections of scans make up entire online libraries of 3D assets, where instantly downloadable objects are neatly ordered in categories. Pristine quality 3D scans often come in increasing levels of detail, but technically they are always made up of just surfaces. The ultra-thin geometries follow the approximated shape of the trees and display projected photographic textures of bark and leaves. Polygon shells are then easily multiplied and arranged to reforest virtual space. Such supposedly lossless reproduction hints at a promise of transcending by producing digitalized casts of the trees that can outlive their living counterpart.

For Adrian Ganea these digital assets are not unlike the ancient death masks made of thin metal sheets wrapped on the face of the deceased, artefacts to haunt romanticized virtual representations of nature. As the ecological crisis deepens, ghosts of the living trees leave the burning forests behind to populate the woods of RPG fantasy settings or dot the backgrounds of animated stories. Such forests are not easily entered. To remember what we learned from fairytales or video games alike: you have to pass a test, a gateway, or a threshold to reach the magical realms 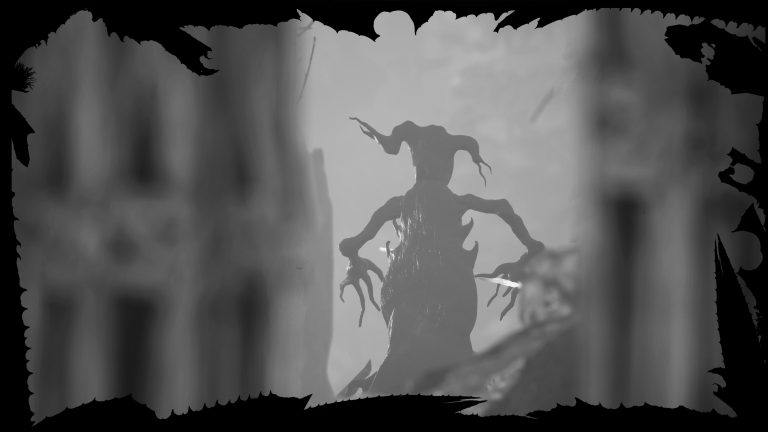 Stepping through an oak portal opens up the path to the exhibitions’ virtual world. The contorted entrance acts as an introduction to a world that blurs the aforementioned divides between digital vs. real. Taking a cue from video game level design, Ganea remodels and sculpts flowing branches and creepy vines starting from high-resolution scans of trees, to grow into a wooden gate that sets the stage for a story that is yet to unfold. Manufactured with the use of industrial means like lumber processing and computer-controlled machining, Ganea’s sculptural work relies on digitally-mediated gestures that ultimately reconstruct the organic materiality of a formerly alive oak tree. Once inside, silent people watch singing ghosts.

By sculpting and manipulating detailed 3D scans of wooden outgrowths, Ganea shapes the hollow geometries into digital assets for a mourning forest and summons them back out of the digital realms. Reflecting the digital processes of scanning and reproduction, the physical presence of the pieces starts out as 3D prints that are multiplied using more traditional resin casting techniques. On the forest floor, tiles follow a repeated pattern to provide a seamless texture. Branches, twigs, and tree stumps grow into the main characters on the woodland stage. Beyond trees, the pink veiny hues of roughly mixed acrylic resin offer a posthuman view of grieving nature that encompasses all living and non-living beings.

Lament songs echo in the woods. In Greek mythology, Orpheus was remembered as the greatest of all poets and musicians, and renowned for the songs that charmed the wild animals and even made trees and mountains bow. This ancient power of music over nature sits in stark contrast to modernity’s rhythmic abuse of the natural resource. Programmed like NPCs in a scripted animation, amalgamated robotics and pink branches form weird figures that sing old game tunes. Constructed out of the environment’s assets, the non-human singers are unassignable to any species.

Emerging more or less in sync with the industrial revolution, ideas of taxonomic classifications and the boxing-in of the natural world brought on modern science and economy, and allowed for the aggressive commodification of the wild. In another ancient Greek tale, the founding of Thebes tells the story of Cadmus fighting a dragon. After defeating the beast, he sows the dragon’s teeth in the ground which then sprout violent armed men.

With Adrian Ganea’s background in theatre and scenography, the mythological references in Ghost Trade go beyond classical age nostalgia and draw from contemporary texts like E. Jellinek’s Wut to critically rethink our relationship with nature and the grind of the world around us. The garden inhabited by death masks unexpectedly becomes a place of hope and wonder, when, in spite of their commodified story, ghosts start singing. 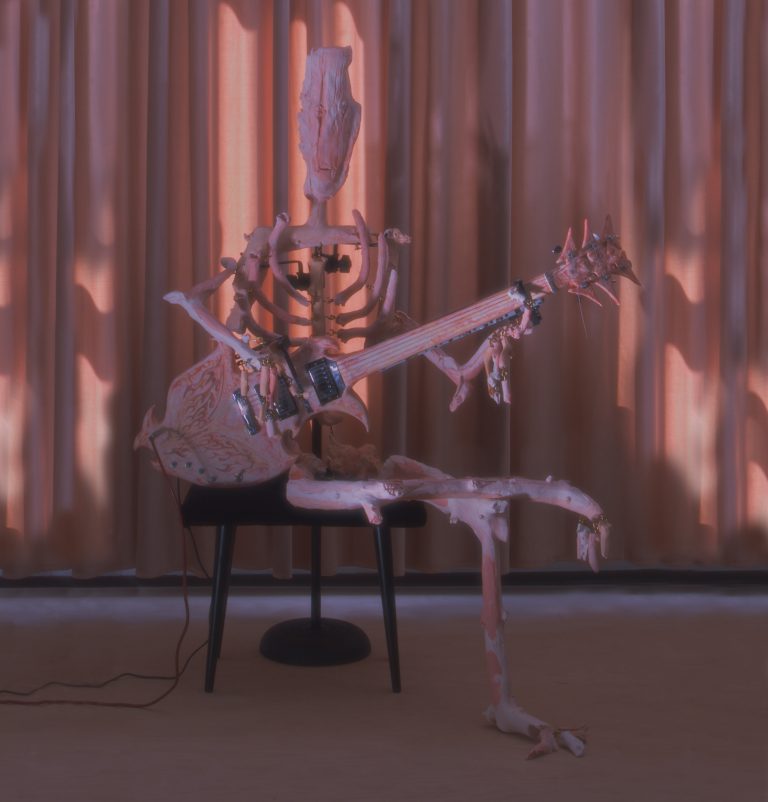