“Because I follow the process—the hand, the line—something abstract can develop just as well as something figurative.
If there is an image-idea beforehand, it changes from the first stroke. I follow what the image tells me, the challenges it presents to me while I work on it, to how it motivates me, etc.” 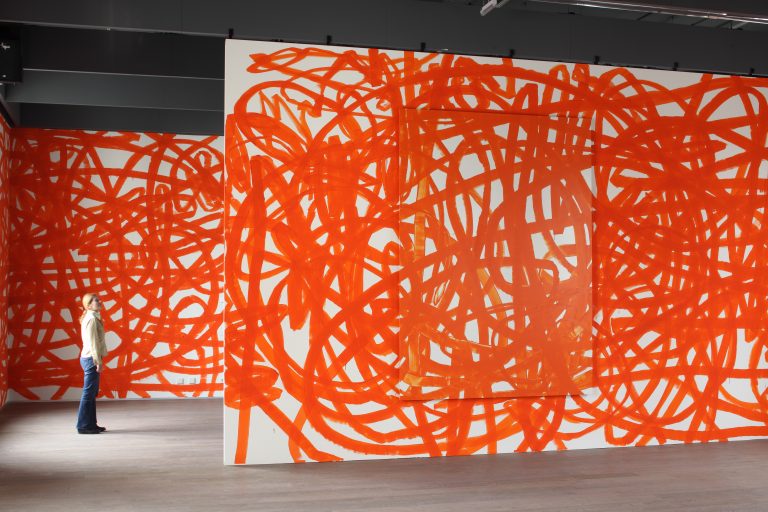 As part of this year’s Gallery Weekend, we are very pleased to present the first solo exhibition by the Austrian artist Otto Zitko in our Berlin gallery. Under the title In Times Like These, Zitko will present a series of new, not yet shown works on aluminum, which in their expressive gestures prove that an artist with impressive works is always present—even in times of travel and contact restrictions, of necessary retreat and structural abstinence.

Otto Zitko has achieved international renown primarily through his in situ, monumental room drawings. He put his brush aside as early as the 1980s and has since then developed his formal language using the line. With an oil crayon, charcoal, or painter’s roller, he applies it to aluminum panels, paper, and cardboard or continues them into a room. It twists in incessant arcs and spins a labyrinth that leads the viewer into diffuse depths. Now and again, faces and other motifs emerge from the meshwork, inspiring manifold associations, thus breaking with the pure abstraction. 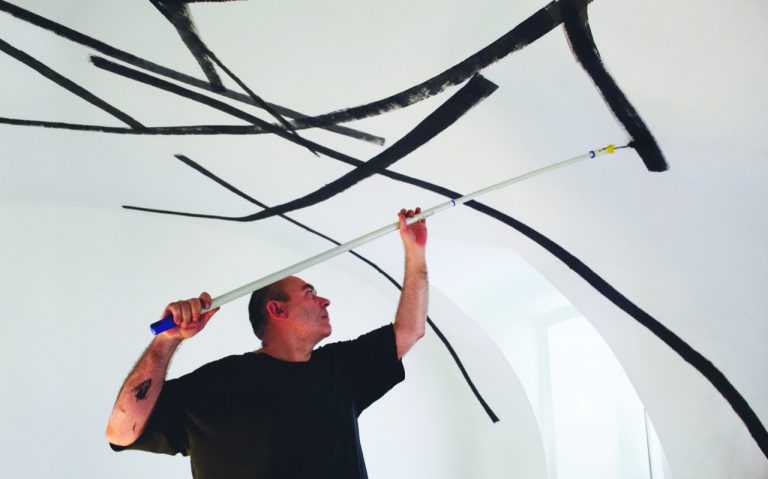 The lines, which were still filigree at the beginning, have in recent years developed into ever wider strips of color and impenetrable surfaces. The formal and symbolic qualities of the colors, their inherent radiance and light effects now move into the focus of the viewer. For the exhibition In Times Like These, Zitko creates an orchestrated color experience. Brilliant yellow, intense orange, and cool midnight blue cover the gleaming white aluminum boards. Silver markings also recur, reflecting not only the external light but also the colors surrounding them. The ground usually remains visible, itself becoming an element of design. For the first time, Zitko is working with white color markings, experimenting with the tensions in relation to the white background. 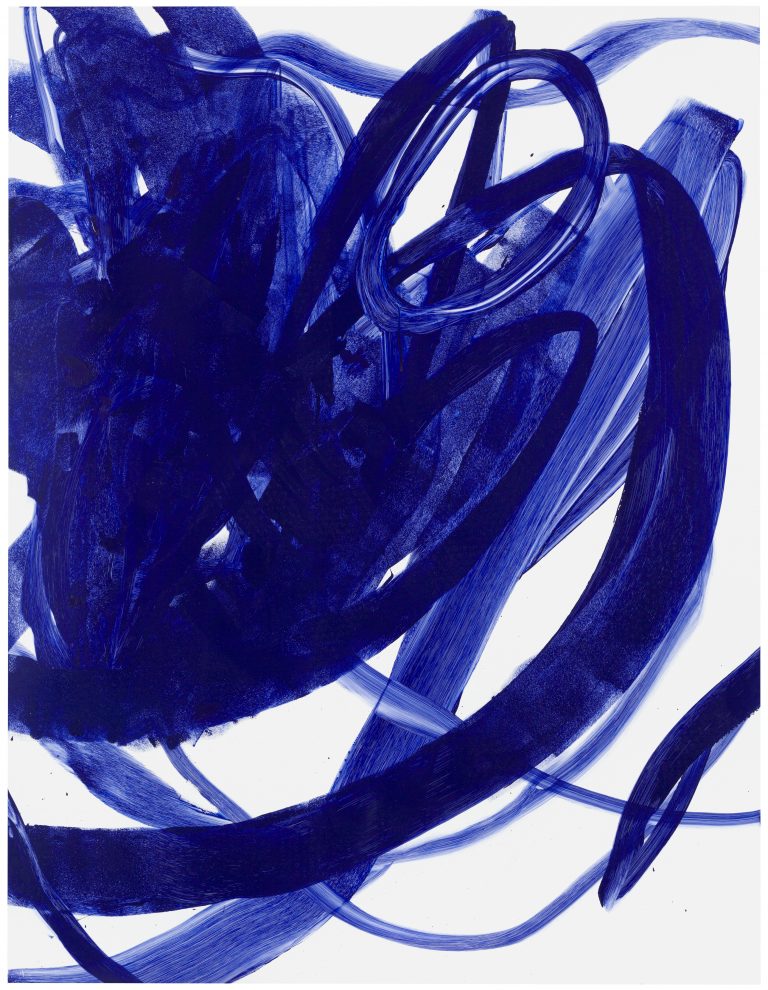 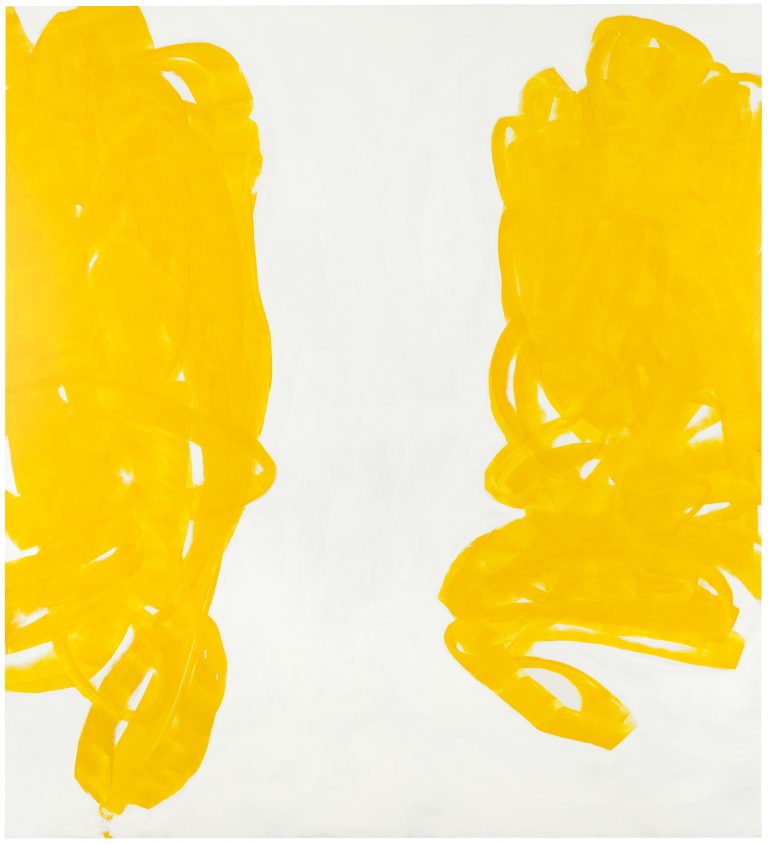 Although the lines are condensing, their gestural quality and the performative act of the creation process remain visible. The color bands inscribe themselves immediately onto the pictorial ground—spontaneous and without corrections. The physicality of the artist is recorded and made visible in the network of lines. Zitko’s works thus become a mirror of external and internal movements, a reflection of the artist’s personality as a sensing and perceiving individual. As metaphors of a reflected subject-world, they address existential as well as personal questions. Similar to a seismograph, they record the physical and mental condition of the artist and directly reflect his moods and observations. They become a memory of the past weeks, as Zitko experienced, felt, and perceived them.

This is also true for the self-portrait, which additionally lets the artist’s presence become visible – begging the question whether this is evoked more by the motif of the face or the gesture of the line. Having started it in 2000, Zitko returned to it now, twenty years later, and completed it. With its fine, black lines, the work refers back to the art production of the past decades, thus connecting different work periods in terms of content and style. Drawn with an oil crayon, the lines incessantly circle across the surface, in their center birthing a face with wide open eyes. The self-portrait shows the artist behind a sort of window that distances him from the viewer. It emblematically stands for the upheavals of the past weeks that were caused by retreat and isolation. At the same time, however, it also stands for the creative potential of this distance. It serves as a symbol of the working method of the artist, who perceives the happenings of the world as an external observer, translates them immediately into his graphic language, and thereby conserves them forever. 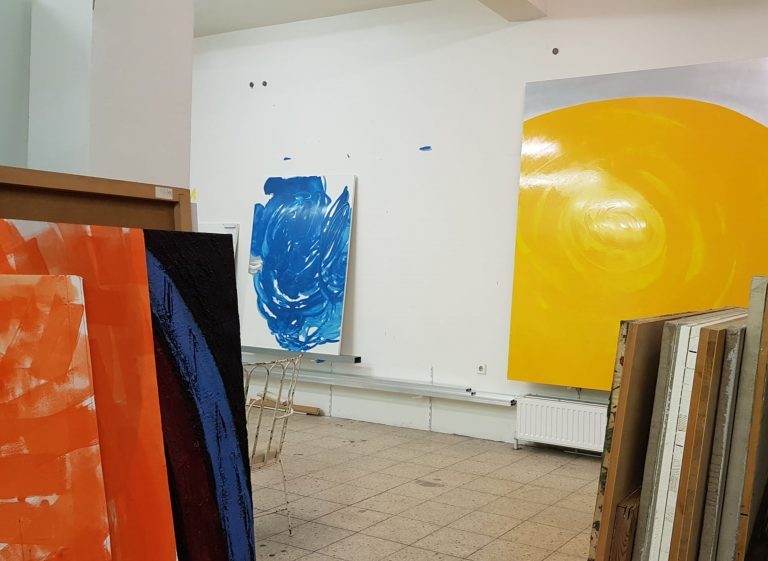 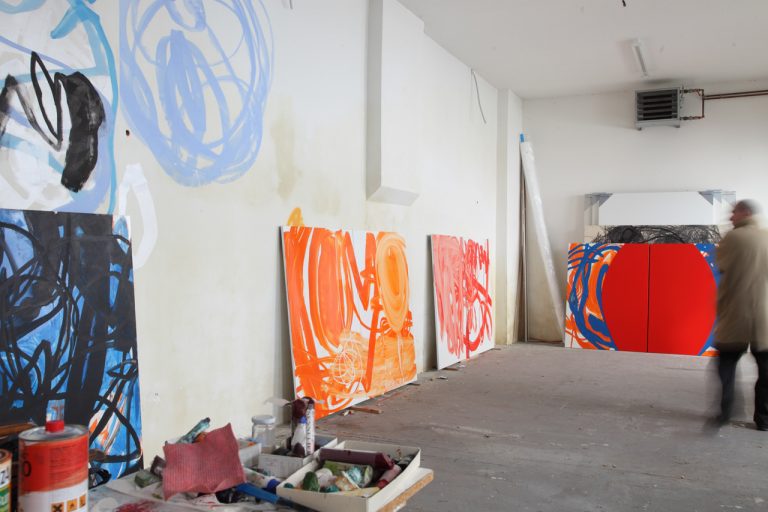 Otto Zitko was born in Linz in 1959 and studied at the University of Applied Arts in Vienna. His monumental room drawings can be found on the walls of museums, restaurants, churches, and other institutions around the world. In 2001, he created a wall piece in the Grand Hyatt Hotel in Berlin, and in 2009 he realized a temporary room drawing for the Hamburger Bahnhof / Neue Nationalgalerie. His works have been and can be seen in numerous international art institutions and biennials, including in the Art Museum of China, Beijing, the Museum of Modern Art, Mexico City, the SMAK, Gent, the Museum of Art, Tucson (Arizona), Kunsthalle, Bern, the Secession, Vienna, in Manifesta, St. Petersburg, at the Triennale India, New Delhi, the Albertina, Vienna, in the Deichtorhallen, Hamburg, and at the Museum of Contemporary Art Kiasma, Helsinki. 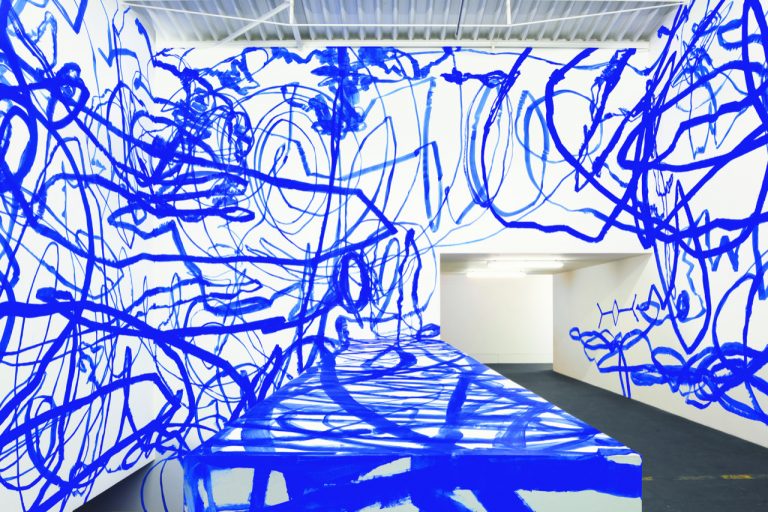