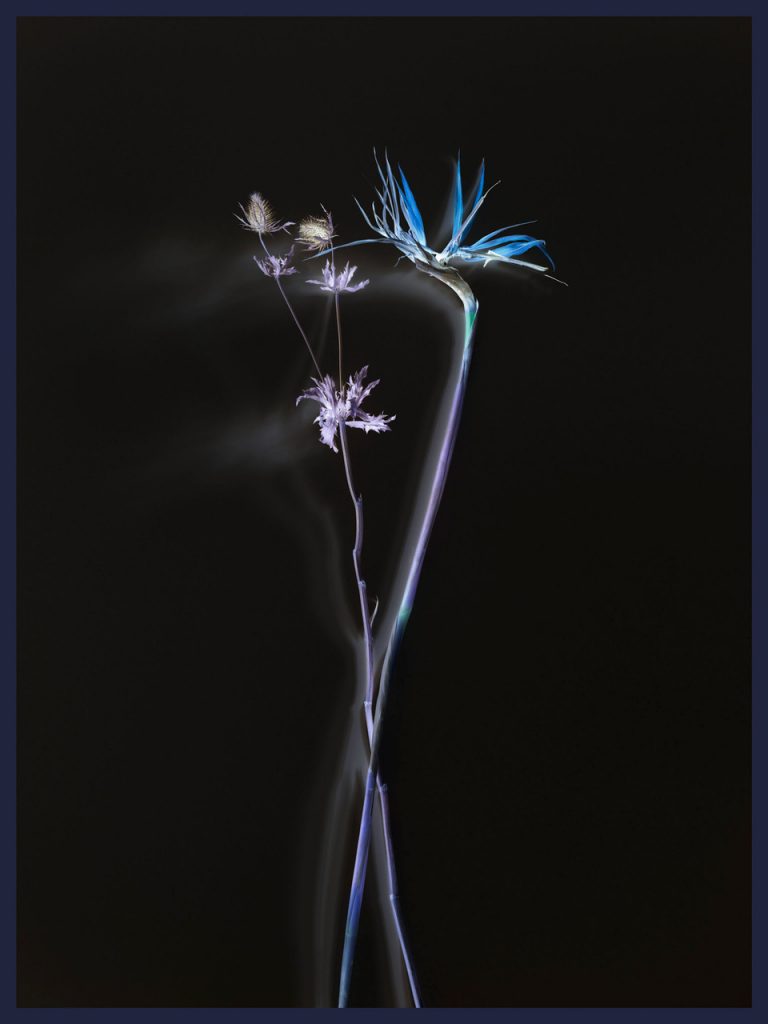 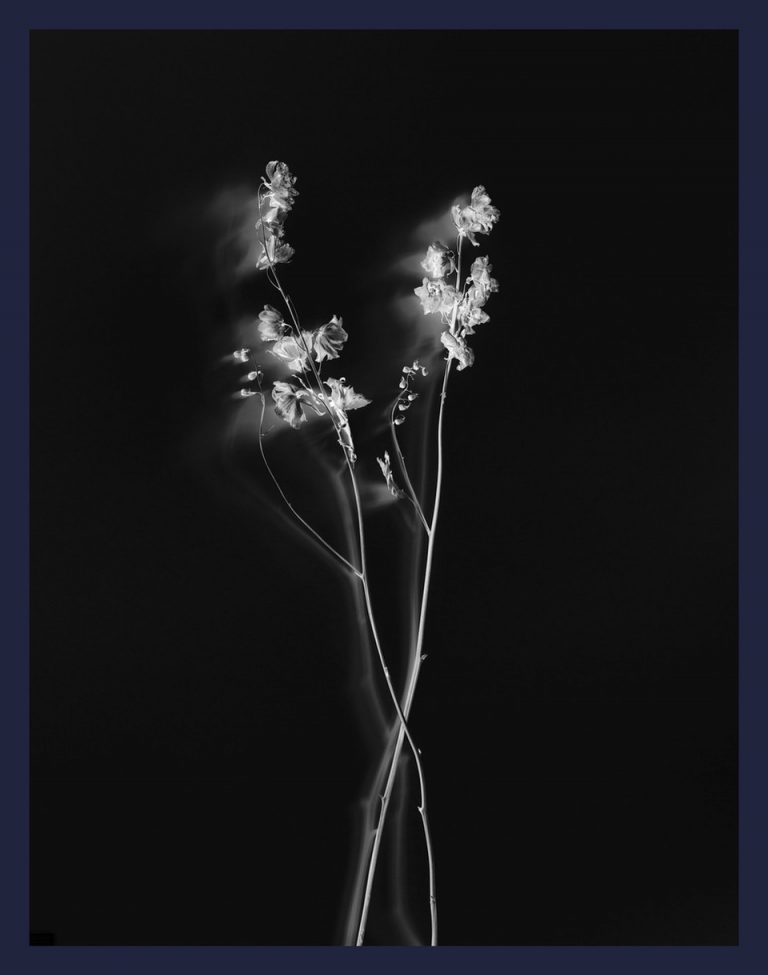 The third solo exhibition of works by Axel Hütte (born in 1951) juxtaposes two initially clearly distinct groups of works. In the gallery’s front room, we are showing a series of middle-format architectural photos taken between 1982 and 1984 in London that seemingly reveal a proximity to the work of Bernd and Hilla Becher, with whom Hütte had studied at the Düsseldorf Academy. All of them held in black- and-white and usually in a strict frontal view, the pictures target their motifs. On second glance, however, the seemingly sober/objective approach turns out to be deceptive. Thus, the gaze into the corridor of the street of the Peabody Estate leaves the façades to the right and left and the situation in the distance a bit unclear. The same goes for the view between two buildings onto a third one behind them: the eye jumps from the foreground to the background and then sideways to the corner of a building that barely protrudes into the picture. In Great Suffolk Road, the multitude of streets and entryways, underpasses, railway bridges, and parts of buildings make spatial orientation impossible, and in their entirety, the pictorial constructions of the early architectural photos lead the viewer’s gaze repeatedly in circles, offering no anchor, and setting perception reeling. 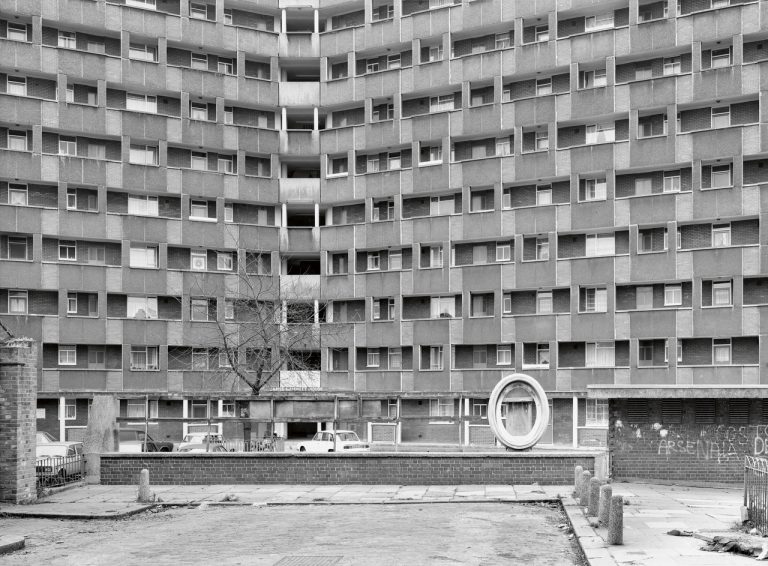 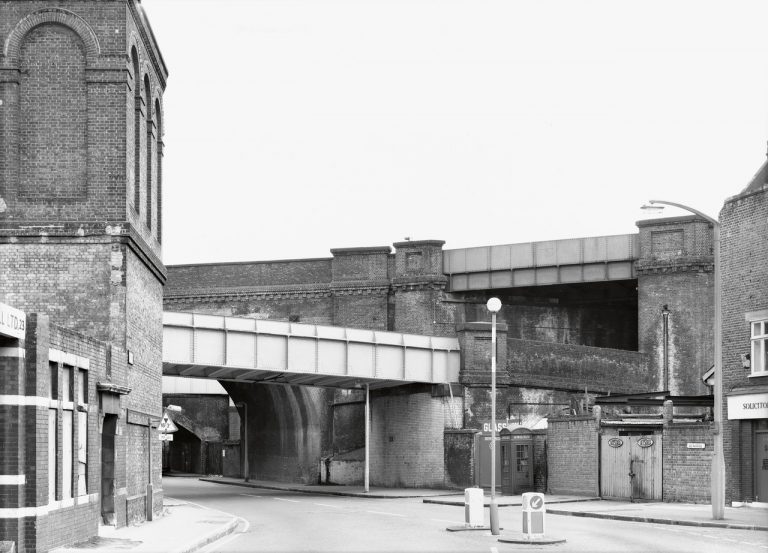 Perplexing in another way, Hütte’s newest pictures show flowers: wilted cut flowers that seem to willfully grow from the lower edge into the picture as a still life. All the photos of this series were taken in specific lighting conditions in Hütte’s studio and then brought into their finished form by means of a relatively simple pictorial manipulation, namely by reversing all the colors. Against a matte black background – printed either on aluminum or on large-format sheets of paper – the plants tower strangely into the viewer’s field of vision, glowing from within, while the original shadows seem to follow them like ghostly veils of light.

As surreal as the Flowers may appear and as much as the plants in these pictures seem to be ghosts of themselves, it is too simple to locate these series of photos solely in an alluring, dark- to metallic- sparkling counter-world. The production method of the color reversal is, first, a purely technical operation, a controlled experiment with habits of seeing. The technique, however, does not aim at a total illusion or at overwhelming the eyes with the fascination of a completely other world, but clearly recognizes the timeless, primal beauty of the motifs as an autonomous quality of the photos. The consciousness that each photograph can not only be changed, improved, or manipulated has become common knowledge. Where a suitable app on a mobile phone can optimize or distort one’s own selfies, artificiality is not a deviation, but another normal case. Against this background, a photo that understands itself as thoroughly contemporary art has increased occasion to reflect on artificiality in the picture. In their respective idiosyncratic ways, all of Axel Hütte’s pictures do justice to this circumstance. From out of the general flood of images, this oeuvre ultimately lifts a surrealism based in reality that substantially complicates our accustomed approach to the paradigm of photography and that at the same time leaves the viewer massive scope for the free-floating power of imagination. 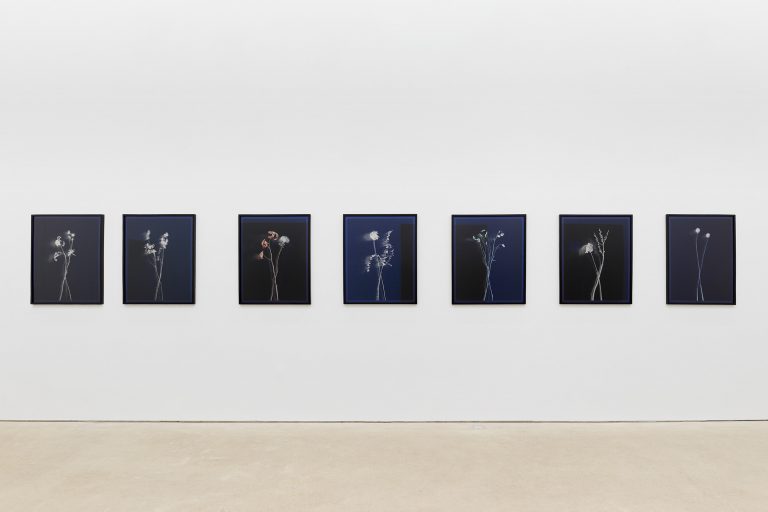 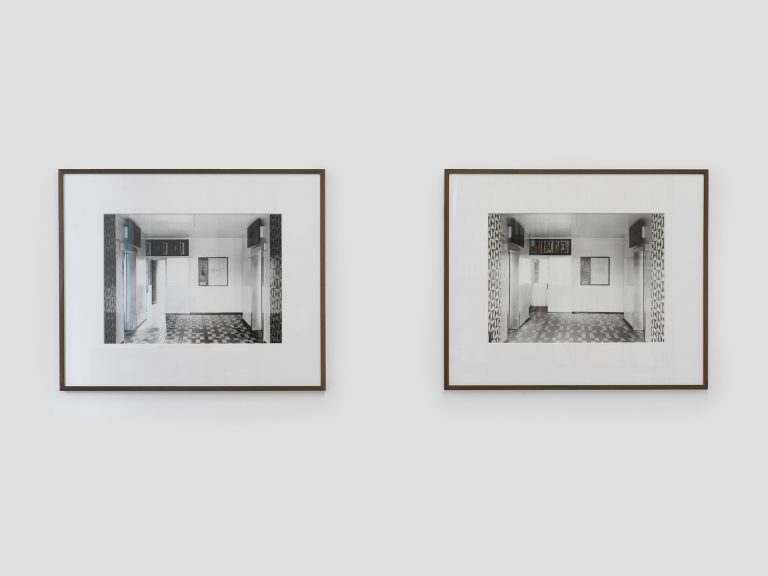 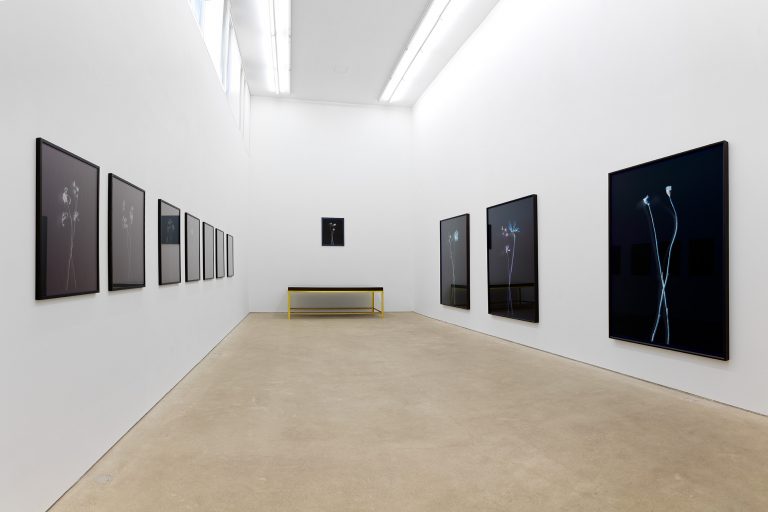