Marta Górnicka is a director, writer and singer. Her Gallery Weekend Berlin presentation at Ebensperger will be her very first exhibition ever and it will provide an introduction to her political and feminist approach by presenting various film installations. Coinciding with the exhibition, the Maxim Gorki Theatre opens the Gorki Kiosk, which will be a new space for art, performance, discourse, exchange and encounter, from a translocal and international perspective. 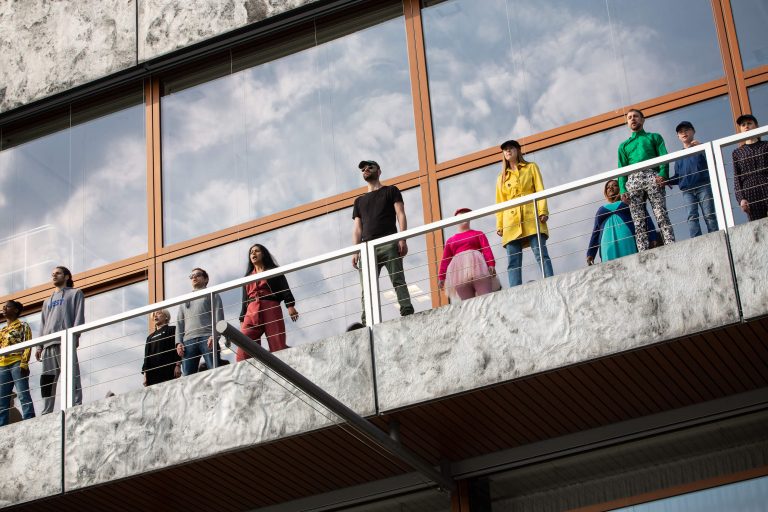 You founded the Political Voice Institute at Berlin’s Maxim Gorki Theatre. Could you explain the concept/your vision?

Marta Górnicka: Simply put, the Political Voice Institute is a political laboratory for working with choral theatre: the collective voice/body and language. PVI’s performing team consists of seventeen people, including performers from Israel, Germany, Poland, Lebanon, France, Brazil or South Korea, as well as actresses from the Maxim Gorki Theatre. It is a multi-lingual team of socially and politically engaged people, performers, dancers, singers, people with various experiences and political baggage. I am interested in the chorus as a living social body, a space of encounters and tensions where differences are articulated but a common voice must emerge. At our starting point, we refer to the Platonic idea of the choreia, with choral theatre defined as the body of the community, joined together by a force that flows from the ritual as well as a critical and self-aware work of discovering and revealing the constitutive principles of the community. The choral theatre as a performing body explores the form of the community’s political system. It raises questions about the construction of the political subject – about what Plato called politeia.

Could you please elaborate on the process?

The PVI chorus is a place for experiments, for searching for and developing of new choral tools in the sense of practical work with the voice/body. We are interested in how the Anatomy of the Community is inscribed in music and singing – from nursery rhymes to pop songs, heavy metal, Schubert, to the repertoire of the women’s orchestra at the Auschwitz camp.

The PVI chorus obviously also references to the origins of the chorus: the ritual and its medicinal aspect. We’re also looking for new forms of the modern chorus as a workshop for a new society. How can we use voice to introduce real political and social changes? How can we use the voice for freedom? How can we include the audience in the artistic process through the voice? We are interested in the voice as a vehicle of the political. A place of exchange.

We’re collaborating with composers, choreographers, DJs, activists, philosophers. Together, we’re looking for new theatrical forms for collective and social practices, the communitas, inclusive communities. We’re getting ready to go out into public space; to stage vocal and choreographic interventions. It is our goal to prepare a workshop of resistance, a workshop of a new society. 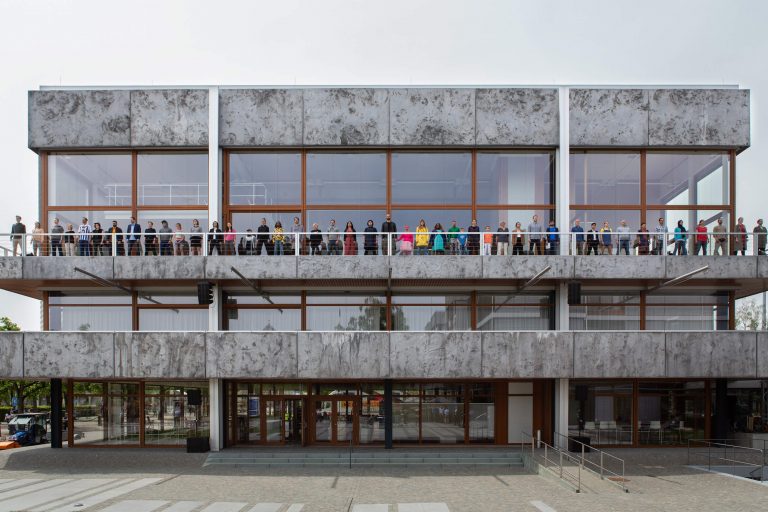 During the 4th Berliner Herbstsalon, Regina José Galindo presented a performance called We don’t accept your apologies: A group of women, armed with axes and steel tubes, destroyed a BMW, symbol of patriarchal power and capitalistic exploitation. Your works can also be read as a criticism of the patriarchal world order, creating a chorus as a social counter-model. Your choruses make very powerful statements. Are they accusations?

First and foremost, the chorus would like to force people to think. It wants to reveal the social pattern, the unconscious pattern according to which societies work. How we act, how we remain indifferent or deaf, how we gag mouths, how we protest. Finally, what does the choreographic pattern for democracy, or the death of democracy, populism, tyranny, look like? The PVI is a musical and choreographic laboratory, in the sense of a laboratory of social utopias and fantasies.

Do you accept apologies?

Personally? Usually yes. In the political dimension, these gestures are usually forced and delayed, rarely accompanied by real redress, for example of the financial kind.

Can a chorus apologize?

The chorus is a critical tool but also one that allows people to feel the power of the collective voice, giving them the strength to resist. It is like the Gorgon from Athena’s shield, shown to the audience right in the face, violently, piercingly. It is always the monstrous figure of the collective. I do not associate the chorus with the act of apologizing. Rather, with the act of rebellion.