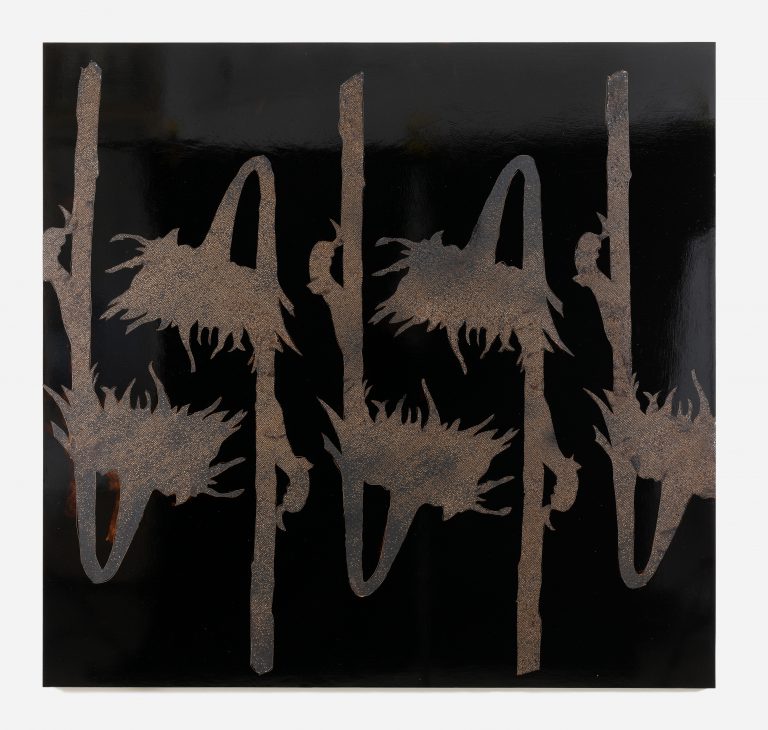 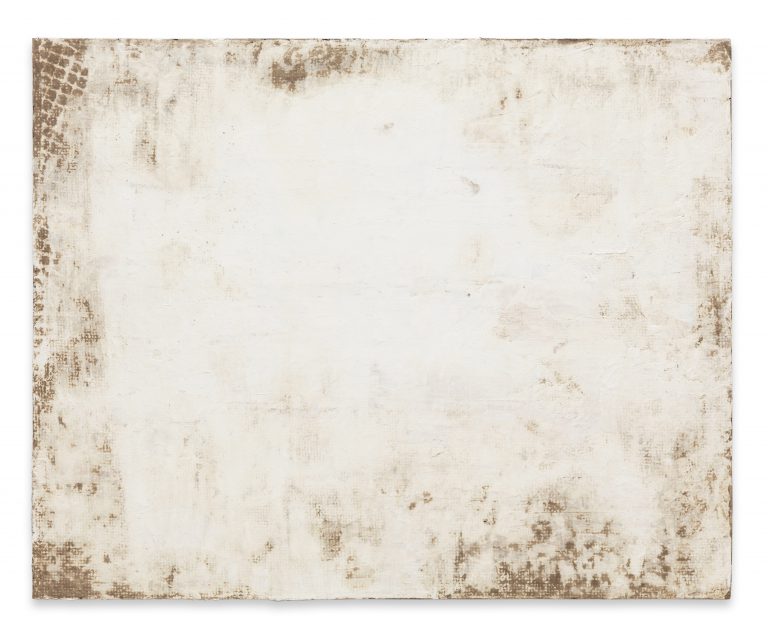 “From the works emerges the mysterious opacity of anthropological memory.” 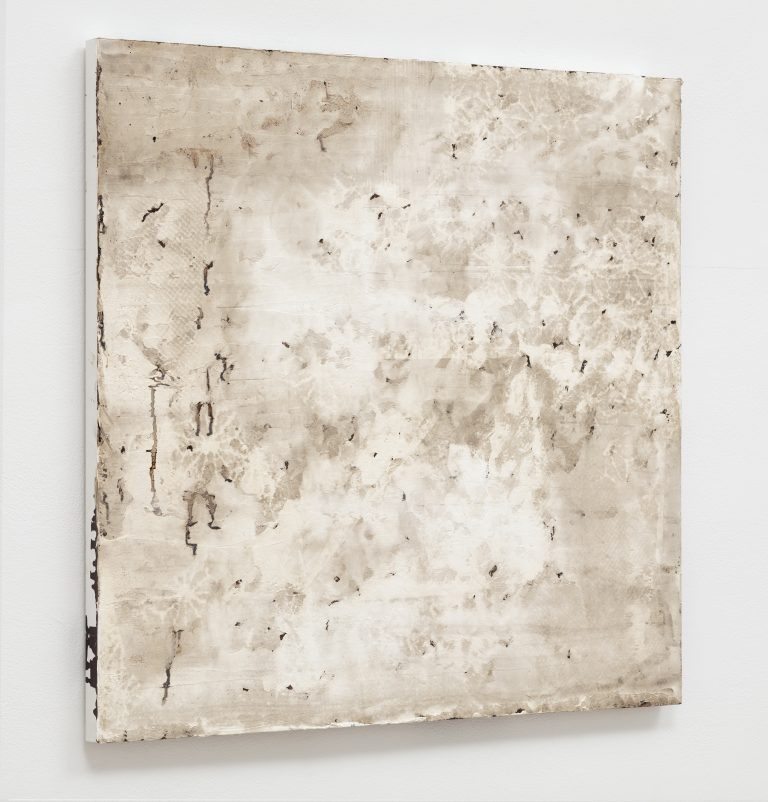 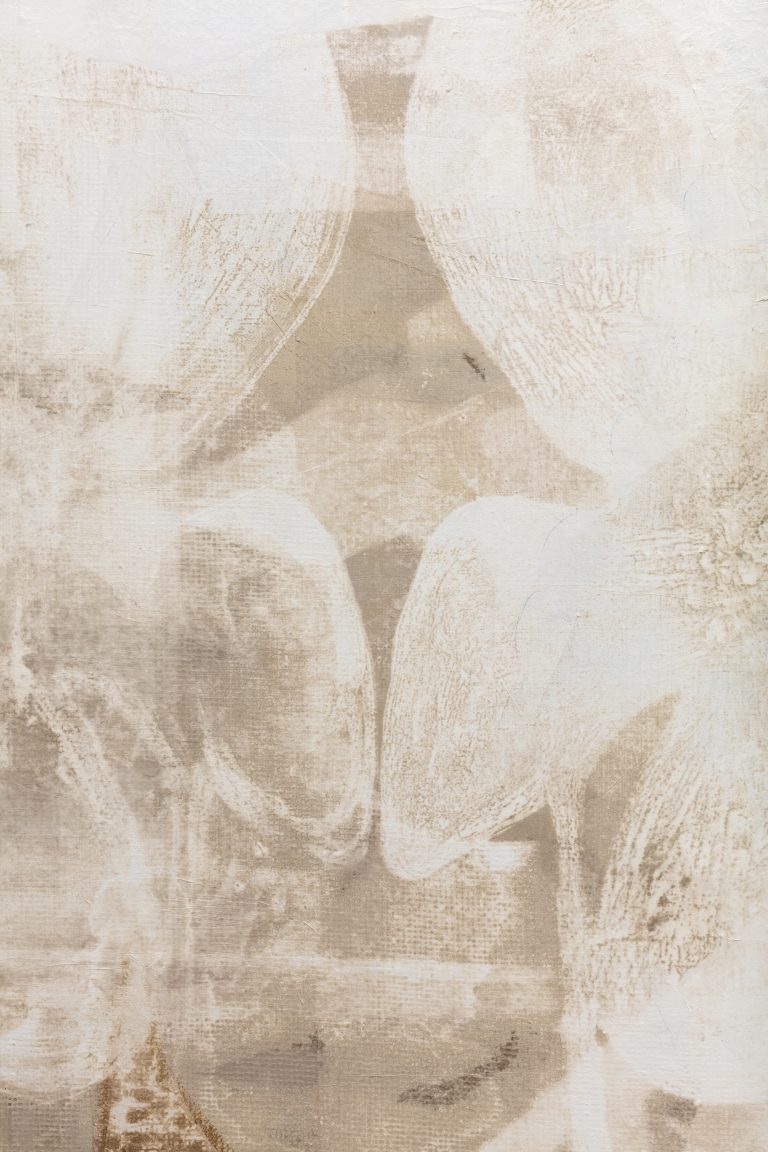 We are delighted to announce Nora Kapfer’s second solo presentation, titled Come a Time, at the Lars Friedrich Gallery. The group of works in the exhibition is determined by a preponderance of opaque, impure whites and sallow, flecked browns. It is both a reaction to and a reappraisal of Kapfer’s characteristic approach to the production of painted images.

The new, approximately square formats continue the dynamic compositional mode of her earlier work. Namely, the almost photographic visual formation of paper silhouettes pressed into a bitumen ground, which is governed by the interplay of a placed, manual touch and the interactions of materials. For this new group of works, white oil paint was applied to similarly-composed paintings comprising bitumen and paper shapes. The white oils disperse into the layers of the painting below. The solvent-rich, brown-hued bitumen forces its way to the surface of the painting, breaking through it and seeping forth. Under the weight of this commingling process, foreground and background coalesce and the paper in between emerges as a series of blurred outlines and patterns. 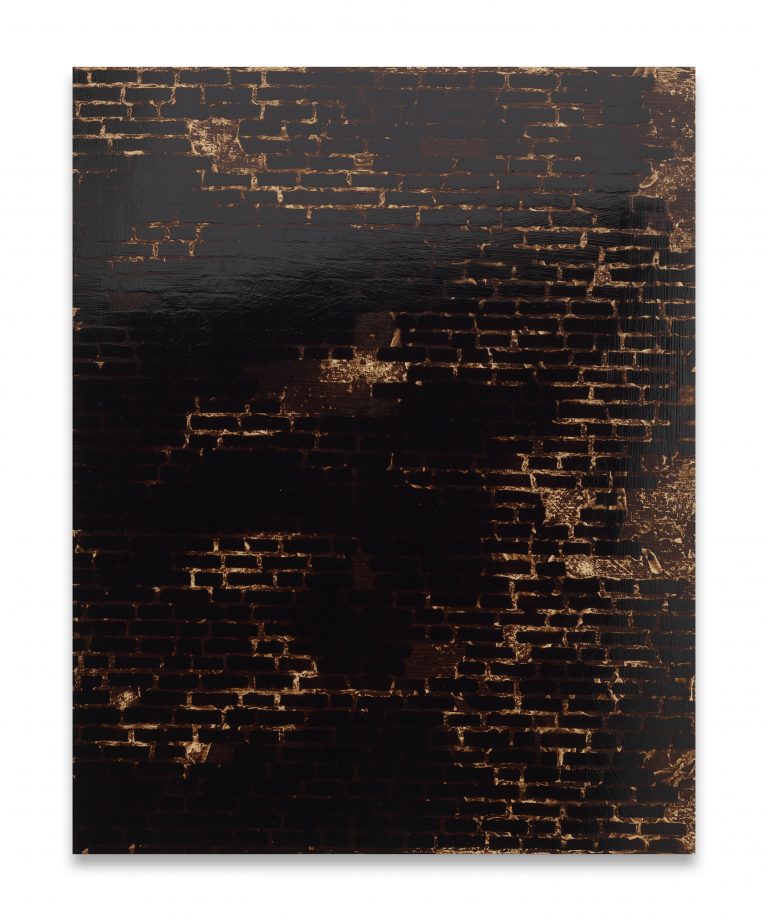 In contrast to the magically-reflective bitumen pictures, which arrest the viewer’s eye but are difficult to look at precisely because of their shiny surfaces, these paintings appear dull. However, our gaze is nonetheless sucked into the morass of their pictorial space to the same degree.

Magic and mud, physical form and painterly depth are expressions of the self-same thing: painting in the dynamic field of corporeality. Sharply-drawn lines, either as horizon or heart shapes scratched with a brush handle into the tonal murk, position our gaze. They underline the objecthood of the abstract paintings and stabilise their dynamic compositions. At the same time they create new dynamics: a split visual field and a trembling autonomy that open up to the beholder.

In these terms, opaque white and reflective bitumen – placed and self-generating forms – are by no means in opposition. Both play their role in the layering, coalescence and dissolution of a practice based on establishing relations. The motion remains the same. Only not to grasp it again. 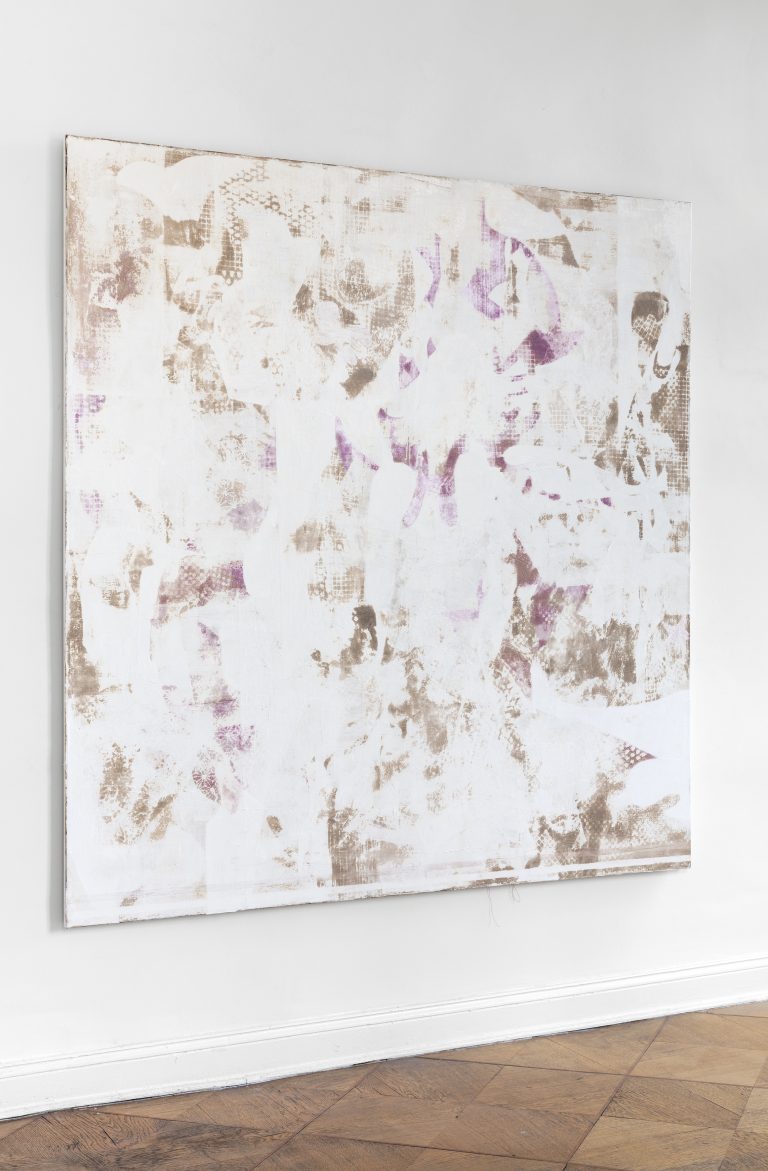