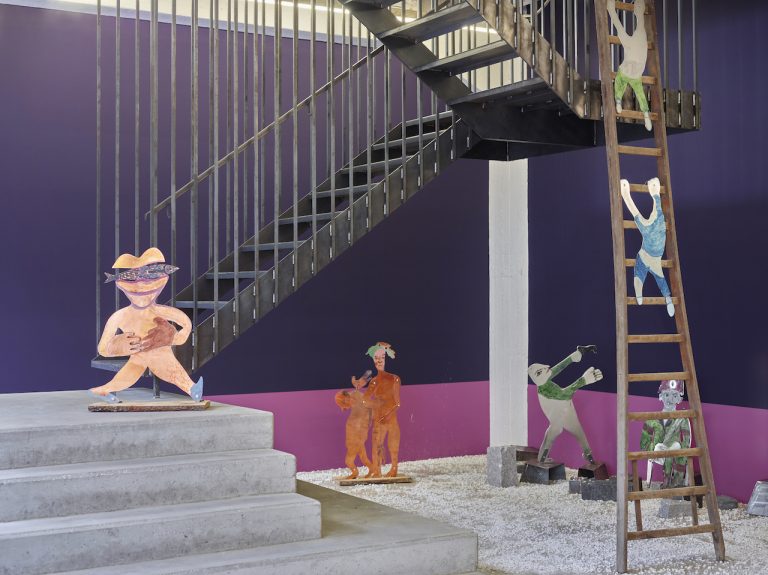 Anna Boghiguian, who was born to Armenian parents in Cairo in 1946, is an artist unlike any other. She studied political science and sociology in Cairo, then art and music in Montreal. For the longest time, the art she started making in the early 1970 was cherished mostly by art-world insiders—then, beginning in 2011, she participated in a growing number of biennials, presented her work at documenta 15, had shows at major museums.

On the thematic level, Anna Boghiguian’s work revolves around the worldwide wanderings that led her to her subjects; its formal mainstay are the artists’ books—she has now published over seventy of them—in which she records her peregrinations. Their spontaneous and widely associative idiom also informs work her in painting and installation art, as exemplified by the two sprawling installations on view at KOW. 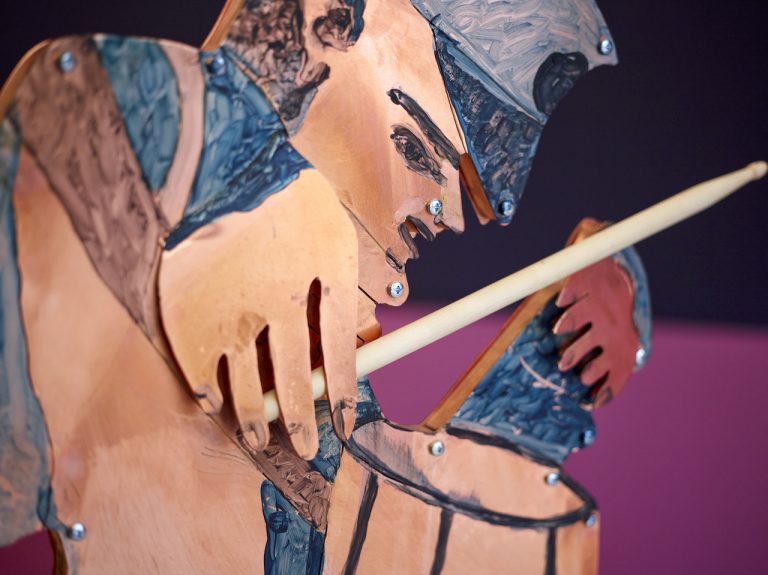 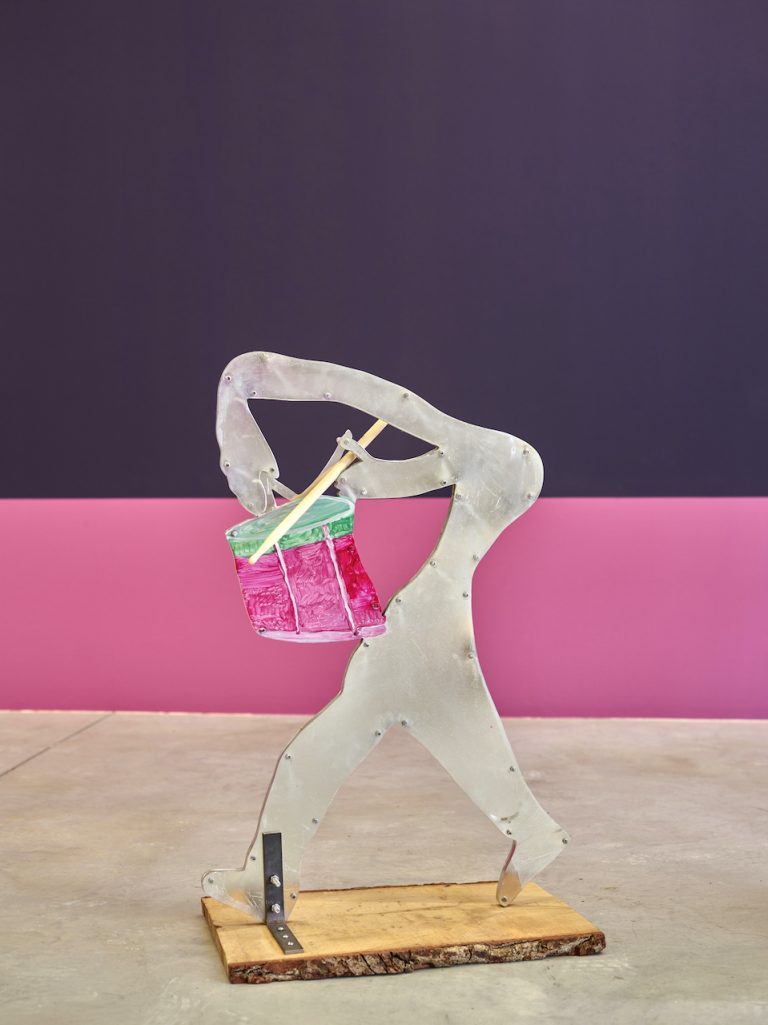 The artist interweaves local manifestations and global flows of commodities, market, and capital, of humans, ideas, and regimes, of powers and counterpowers, threading unsuspected narrative interconnections between moments in time, places, and actors—some central, others peripheral—that resonate with each other across history. In so doing, she reads world affairs against the grain. It is a subjective perspective that picks up on details, that gathers and networks, but also isolates. Here are bodies and fates cast aside by the grand wheel of events that caught her eyes. Here are writings, some private, some from literary sources, that point ways through time and to today’s concerns. Here are materials such as tin or silk that spark clashes over resources, whose production and trade structure the human globe. Here are instants—individual constellations of figures and themes—frozen in vividly expressive lines, colors, forms, and gestures.

Anna Boghiguian presents her first exhibition at KOW, scheduled to open for the 2022 Gallery Weekend Berlin.  On display on the ground floor is the installation A Tin Drum That Has Forgotten Its Own Rhythm (2019). Its point of departure is the industrial history and culture of Cornwall in England’s far southwest. It is a history of decline. The last tin mine in Cornwall—which at one point was one of the world’s leading mining districts—was shuttered in 1998. The installation, created for Tate St Ives, features an ensemble of figures cut from steel sheets and galvanized with tin, nickel, and copper, a process used to make the cans in which the sardines caught off Cornwall’s coasts were sold. Glimpses of local tradition, of the practices of daily life and labor, appear in the figures, complemented by drawings. A drums sit motionless, recalling the rhythm of a vanished era. 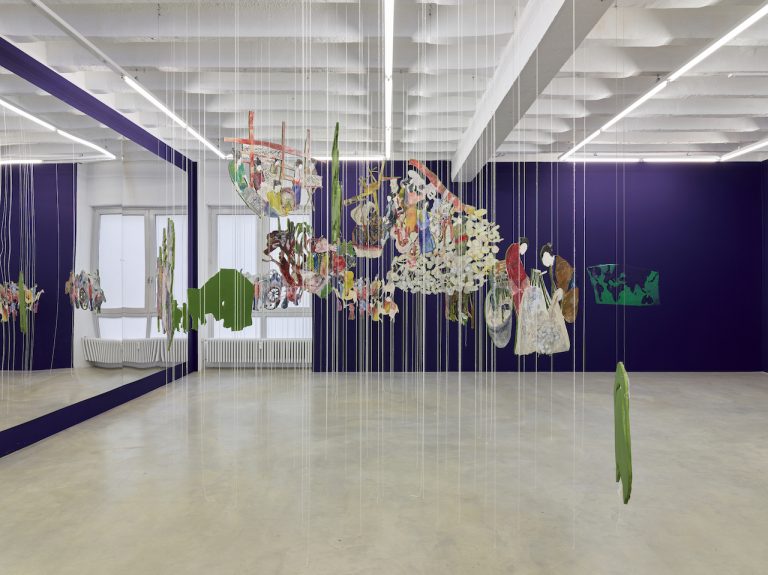 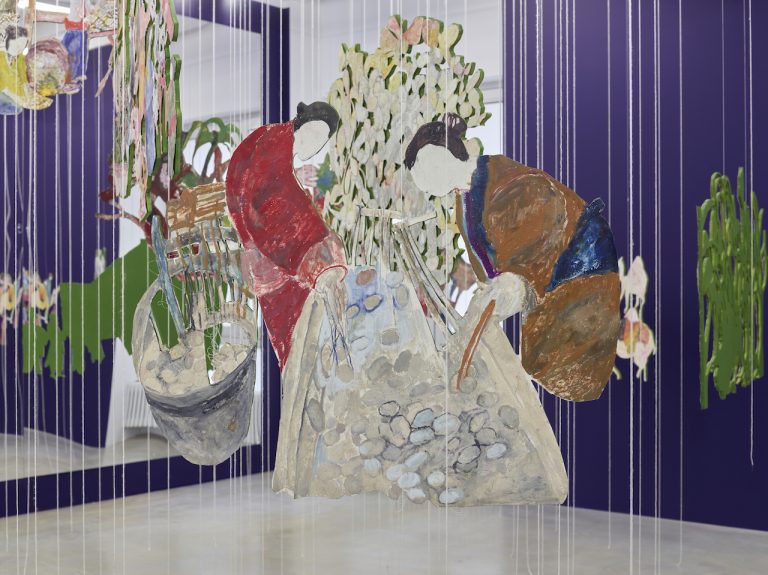 The installation The Silk Road in the upstairs gallery was created in Japan (2021). It looks back on the history of the Silk Road, which connected Japan and Egypt as well and served not only commerce, but also the transmigration of spiritual ideas and cultural influences. In paintings, drawings, and a map, Boghiguian visualizes the dark side of nineteenth- and twentieth-century Japan’s growing prosperity, which was made possible in no small part by the hard and often invisible labor of the girls and women who toiled in the garment factories. The inventor of their looms, Toyoda Sakichi, founded a dynasty that later built the carmaker Toyota, now a global brand. Boghiguian weaves together these stories in which the fates of the individuals who pass through history are inseparably bound, for better and for worse, to their nation’s. 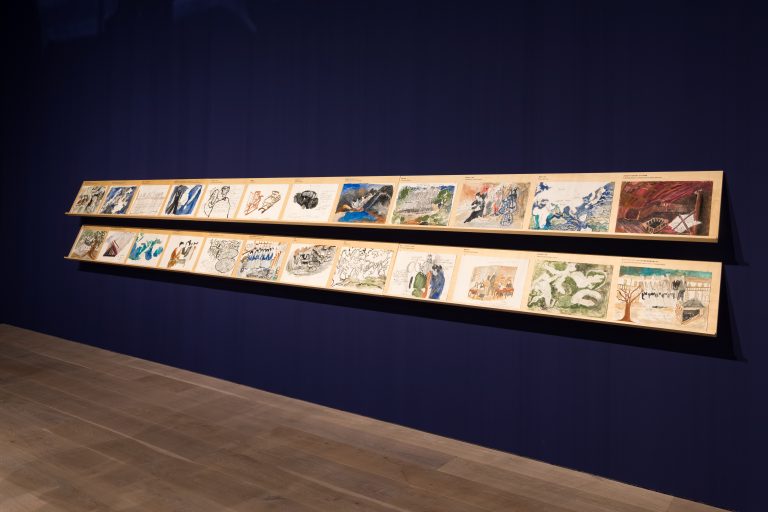 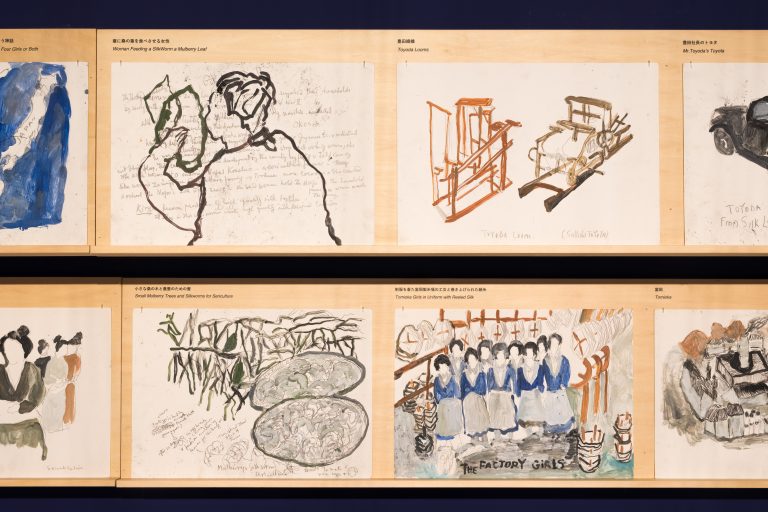 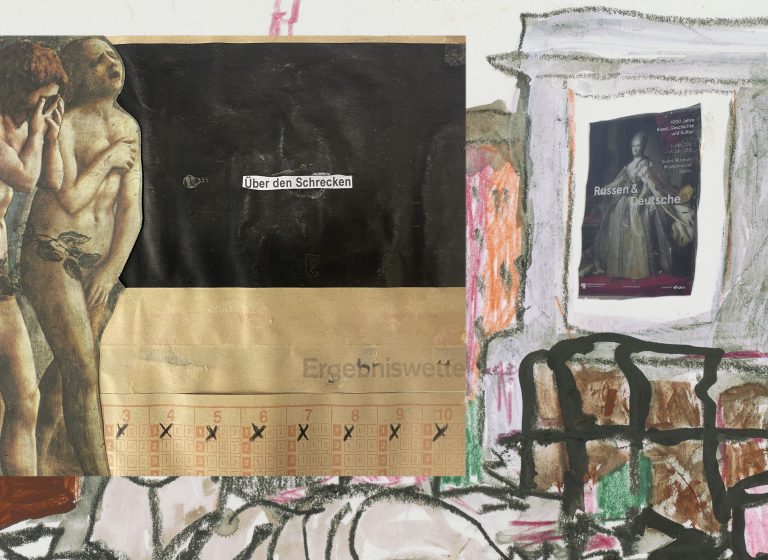 Courtesy the artists and KOW Berlin

In the KOW showroom, Alice Creischer has put together a space in which works by the artist meet works by Anna Boghiguian. Of particular note is Creischer’s poem His Masters Voice (2015), which responded to German President Joachim Gauck’s speech at the 2014 Munich Security Conference. Gauck had called for the expansion of Germany’s military actions abroad and justified this change in policy with a “value-based concept of security”. The topic is red hot. Alongside this Anna Boghiguian presents two groups of people on paper, under the watchful eye of the military, moving through the room, enslaved, subjugated, frightened (Men pulling Boat, 2016 / The Rational, 2016). 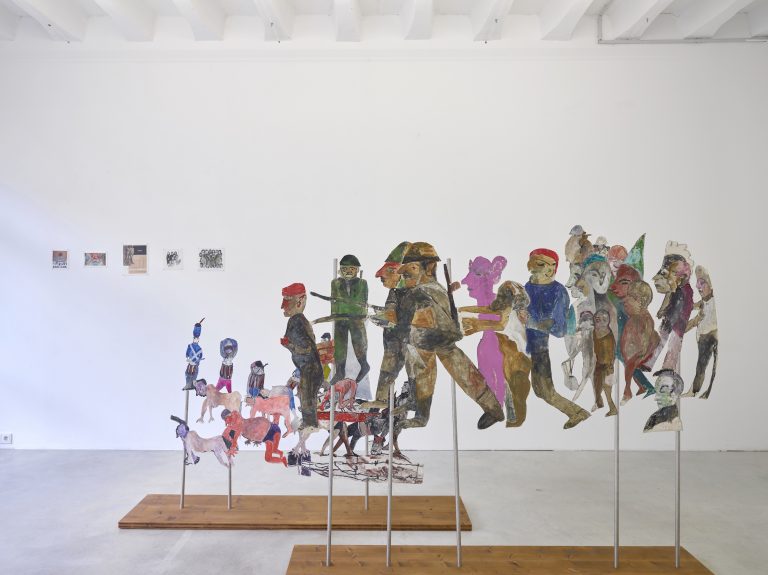 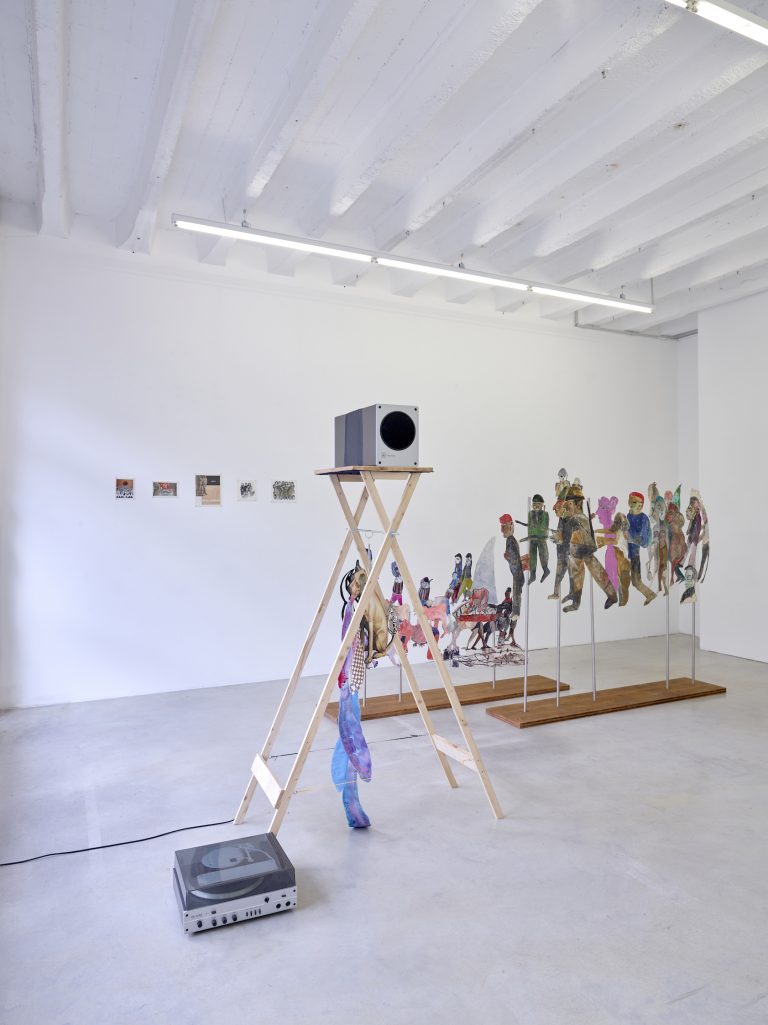