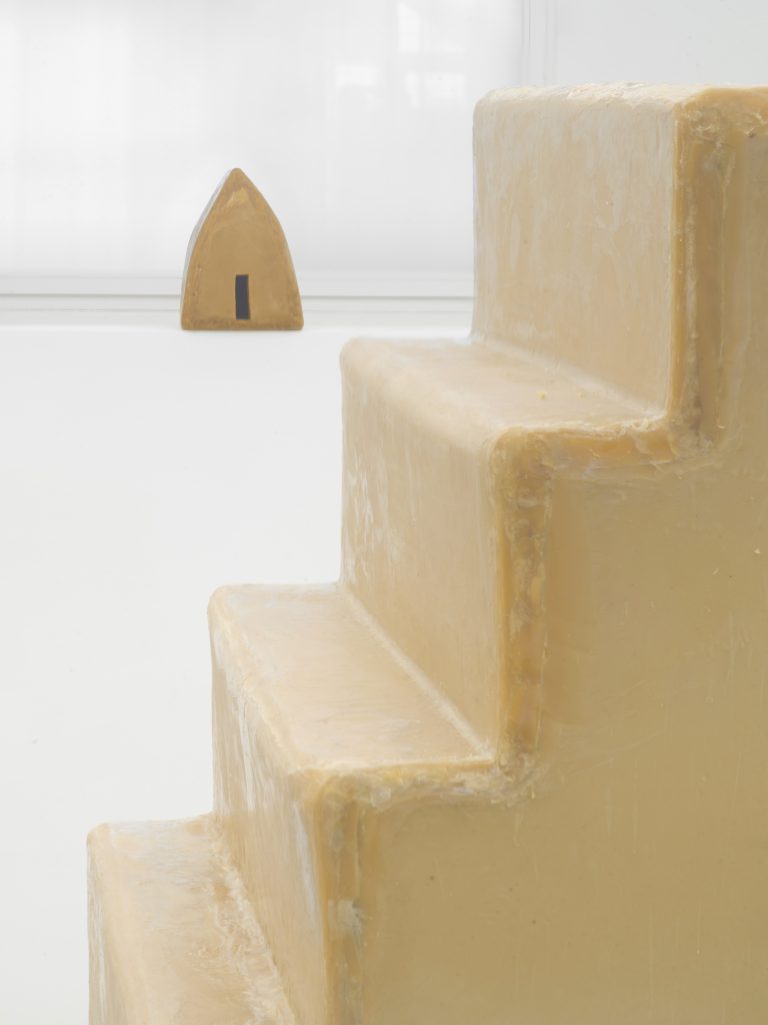 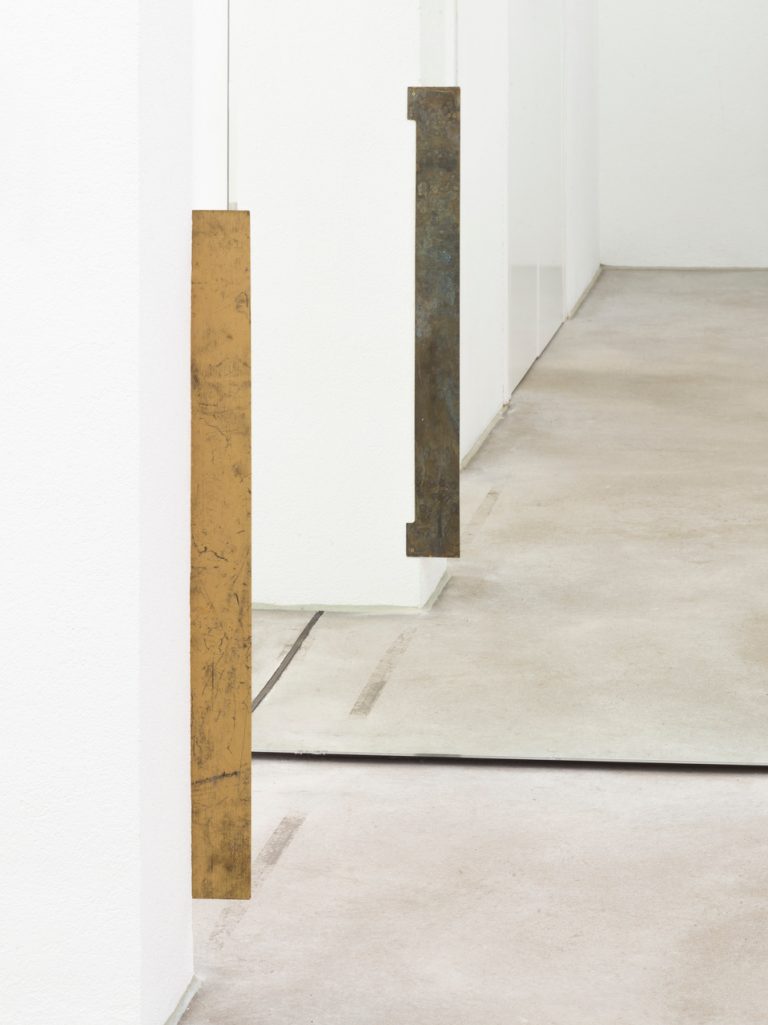 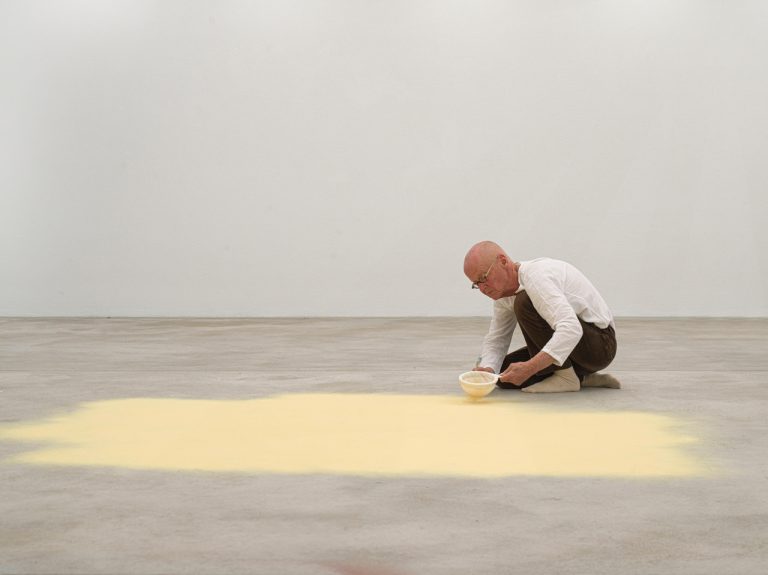 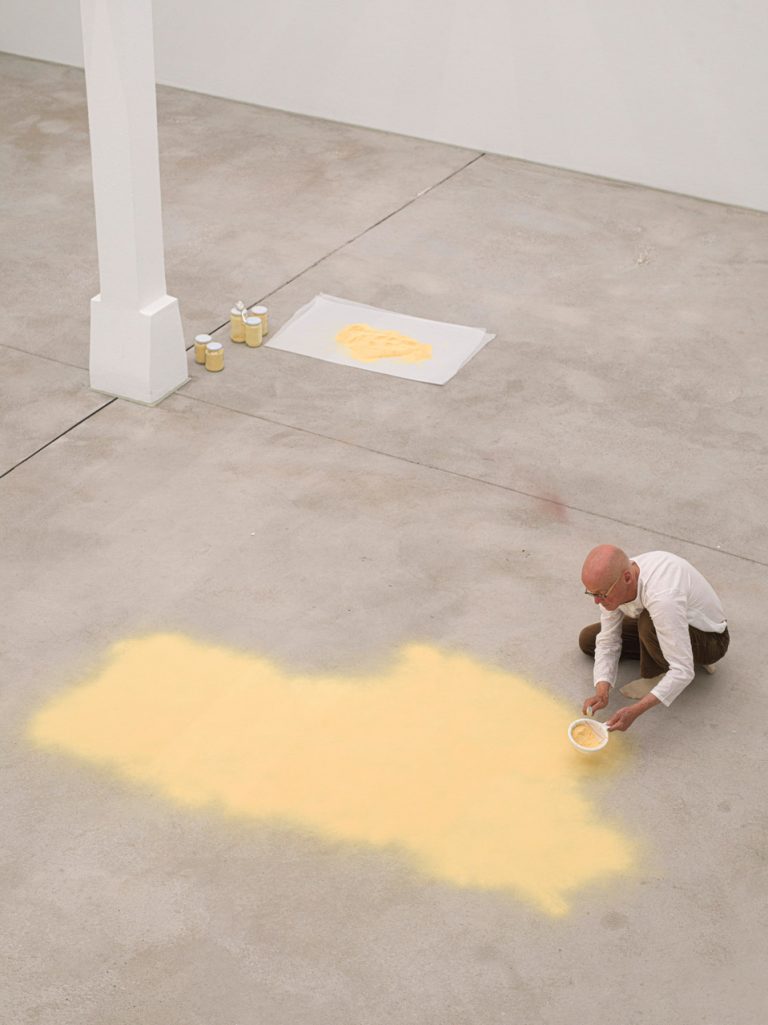 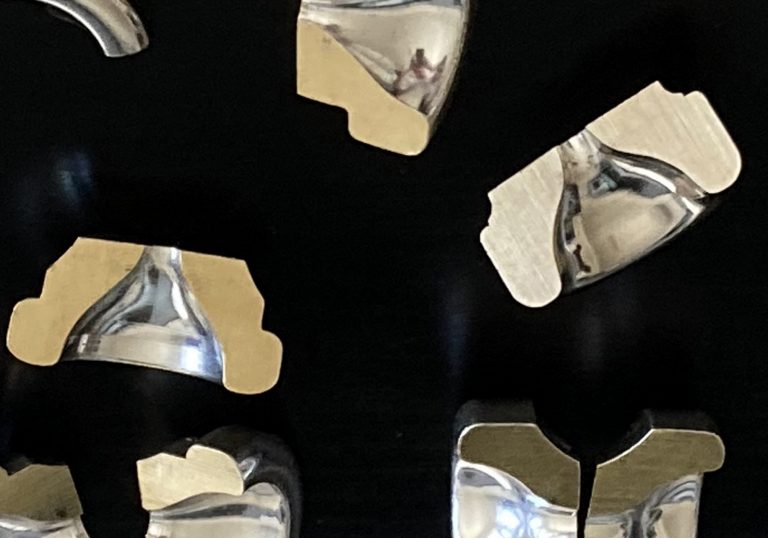 For Gallery Weekend Discoveries as part of Berlin Art Week, we are pleased to present K.R.M. Mooney’s exhibition “Partials”.

Searching for the most accurate translation of the English title “Partials”, we find in German “Teile”, but also “Teil- oder Obertöne”. The second definition very coherently describes the theme of Mooney’s exhibition.

One series of works consists of castings of mouthpieces which normally belong to brass woodwind instruments. Mooney’s interests are in minimal differences that non musicians would not perceive. The tiniest variation in curvature, dimension, and shaping changes the tone and creates a different musical character. Other variables are determined by the capability of the musician, but breathing and temperature also produce different “partials.”

K.R.M. Mooney’s objects mark invisible, uncertain zones of transition and address these in-between spaces. This moment, when the performer’s breath meets the mouthpiece in all its variability, creating an ephemeral relationship between material, body and space.

At the request of K.R.M. Mooney, a multi-part work by Hanne Darboven is installed parallel to the exhibition. Darboven, represented by Konrad Fischer Gallery since 1967, developed her own calendrical system of calculation, some of which the artist, who died in 2009, had transcribed into pieces of music. Mooney’s research on the mouthpieces of wind instruments found an equivalent in Darboven’s meticulously listed variables and calculations, tying one of the gallery’s earliest postings into her own Discoveries presentation.

„The exhibition partials at Konrad Fischer consists of five artworks, including a series of four small scale silver and gold-plated brass sculptures. Installed in a repetitive sequence on the wall, the sculptures integrate metal mouthpieces taken from various brass woodwind instruments. The title of the show partials, finds the term embouchure as it refers to the specific region of the lips, teeth and mouth. The exhibition as a whole takes an interest in the mouth as a physical threshold, one of heightened corporality, intimacy, nurturance and the site of signification and description. Designed with the position and bodily physiology in mind, each sculpture makes primary the constituent part or attachment of the instrument mouthpiece; these objects allow for the emittance of sound through the projection of turbulent, yet continuous airflow by way of the players’ mouth, referring to an airway and a direction of movement.

The forms act as citations of anatomy, evidenced by the information that is designated by their use, engraved on their surface and disclosed through their reconstruction and display. In reference to airflow, the interior channel revealed on each form suggests an emptying out, a site of access or evacuation, providing a pathway of movement be that gaseous and fluid substances or the perceptive and physical interfacing of viewership. Through a reconstituting and a cutting apart, the works titled chronologically are directed toward the orientation of the viewer, while necessitating an alloys ability to be conductive, fractured and rejoined. Inheriting both a lineage and a logic related to each initial form, measurement, contour, shape and surface, slight variables express a vast scale of immaterial and intonational effects.

The work titled Citation is an installation that uses a threshold or passageway, such as a doorway as an attachment site. The kickplate itself is a found object, a rectangular piece of brass that has patinated and oxidized naturally over time. I found it in a junkyard on Whidbey Island when I was visiting my family in Washington last summer and have kept it near since. I recently had it altered using a waterjet to cut it into two separate but identical / mirrored pieces. There is also a slight oblong shape cut out of the interior edge that creates a slight reveal of light when installed. I’ll likely place them in the doorway(s) that lead into the main gallery on the left. I like how the mirrored doors of the gallery may reflect them as they’re two sided-objects. I was thinking about the Michael E. Smith work where he installs a door in the center of the reception desk at Modern Art in his 2019 exhibition. In relation to a door, which brings up the movement of the viewer and access while moving through various spaces, the doorkick is an ornament or embellishment of that. The doorkick exists as a protective measure, it’s about surface and accumulating points of contact. The green surface on this particular one is a type of patina that occurs naturally on brass and copper based on moisture, salt and other accumulated atmospheric compounds. It doesn’t read quite as well in the images I’ve taken in my studio but it’s very painterly and beautiful. I like how there’s a material connection between all the work consisting of the alloy brass and each initial object’s history as facilitating movement whether that be air or breathe or passing through or between spaces.“ K.R.M Mooney 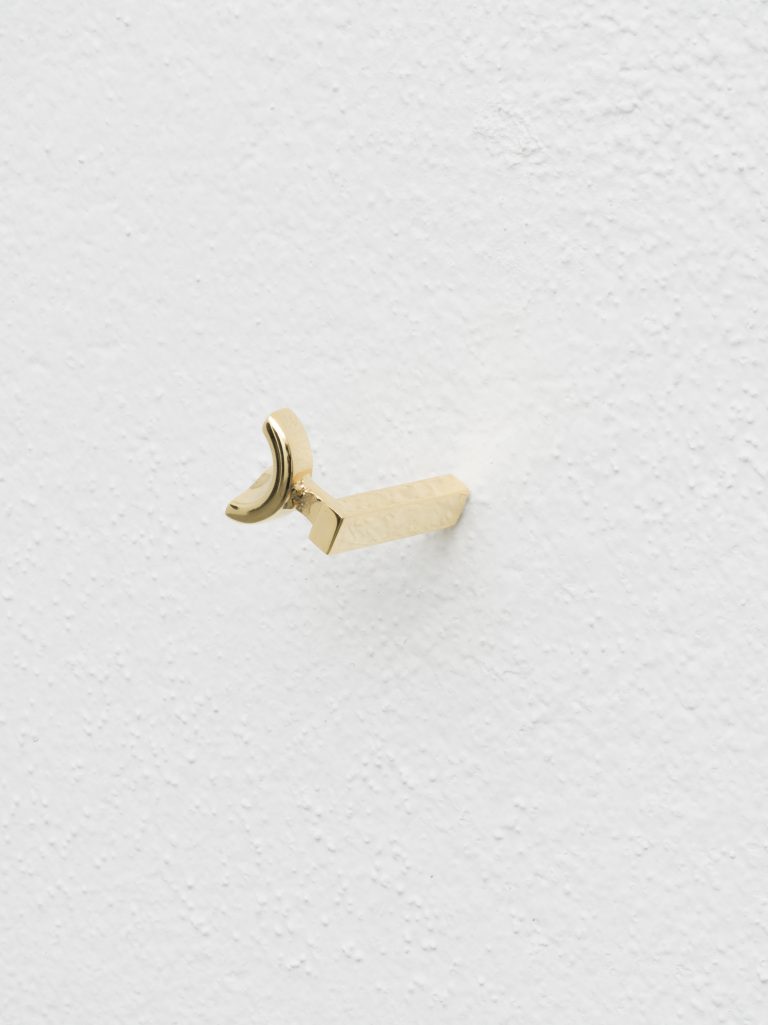 K.R.M. Mooney (b. 1990 in Seattle, USA) live and work in San Francisco and have already exhibited in Germany at Kunst-Werke, Berlin and in the first European institutional solo presentation at Kunstverein Braunschweig.

After studying at Central Saint Martins, London and California College of the Arts, San Francisco, Mooney’s work has been featured in solo exhibitions as part of the SECA Art Awards at the San Francisco Museum of Modern Art (2017), Pied-à-terre, Ottsville and also at the Wattis Institute for Contemporary Art, San Francisco (both 2015). Mooney’s work has been included in group exhibitions at Kunst-Werke Berlin (2017), White Flag Project Library, St. Louis, Futura Centre for Contemporary Art, Prague, and Altman Siegel Gallery (2016) and Hester, New York (2015).