Nauman has repeatedly made his body and his hands in particular the object of his work. Practice shows the artist’s hands slowly moving across an old wooden table.  In this process, the camera alternately shows the left and the right hand making the mark. Permutation and alteration vary the image, creating a complex visual structure. The apparently endlessly repeating gesture remains the same, forming an X. 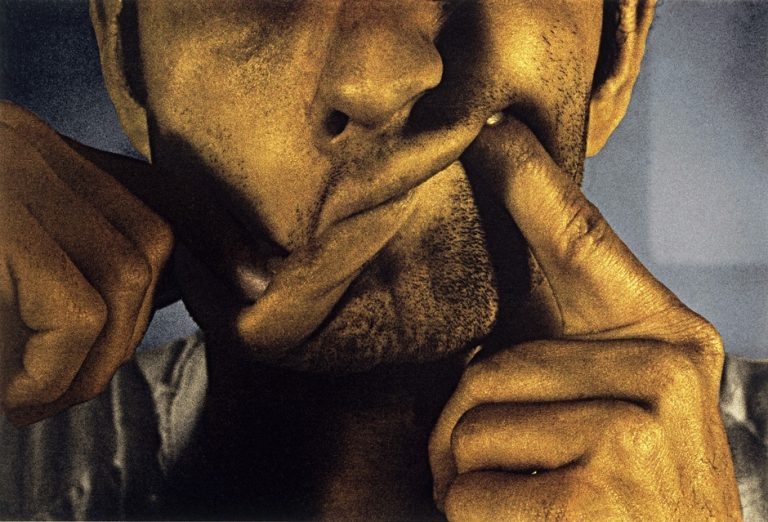 Nauman’s work was inspired by reading the catalogue The Reservation X: The Power of Place from the First People’s Hall at the Canadian Museum of Civilization, which his grandson gave him.  An illustration in the book showed a contract signed between the Canadian government and Isapo-Muxika, a chief of the Sisika, otherwise known as the Blackfoot. While the representative of the Canadian government signed with his name, the chief signed with an X. The Canadian authorities supplemented the X with the English name of the chief and the words “his mark.”

Practice, conceived as a 2D black-and-white video installation, represents the artist’s initial engagement with the issue.  Over and over, Nauman rehearsed the movements of his hands and fingers on the table top. This artistic process developed to become the work Practice. The layers of meaning in this work refer both to practice in the sense of carrying something out and in the sense of training to do something. 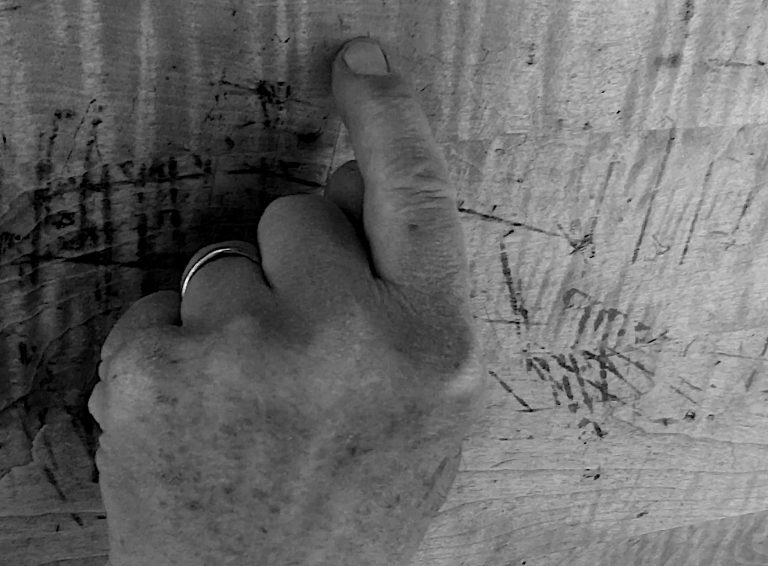 Beside the new video installation, Konrad Fischer Galerie presents a comprehensive overview of his printmaking. Nauman began training in printmaking in the early 1960s while a student at the University of Wisconsin. Since the 1970s, he has explored a variety of techniques and still today collaborates with workshops such as Gemini G.E.L. and Cirrus Editions. “In printmaking,” Nauman writes, “there is a sense of stepping back more. This is almost a contradiction because there is a directness in drawing, but in printmaking there is an added element of allowing the technique to be a buffer between me and the image. I like that, too, the mechanicalness of it.”