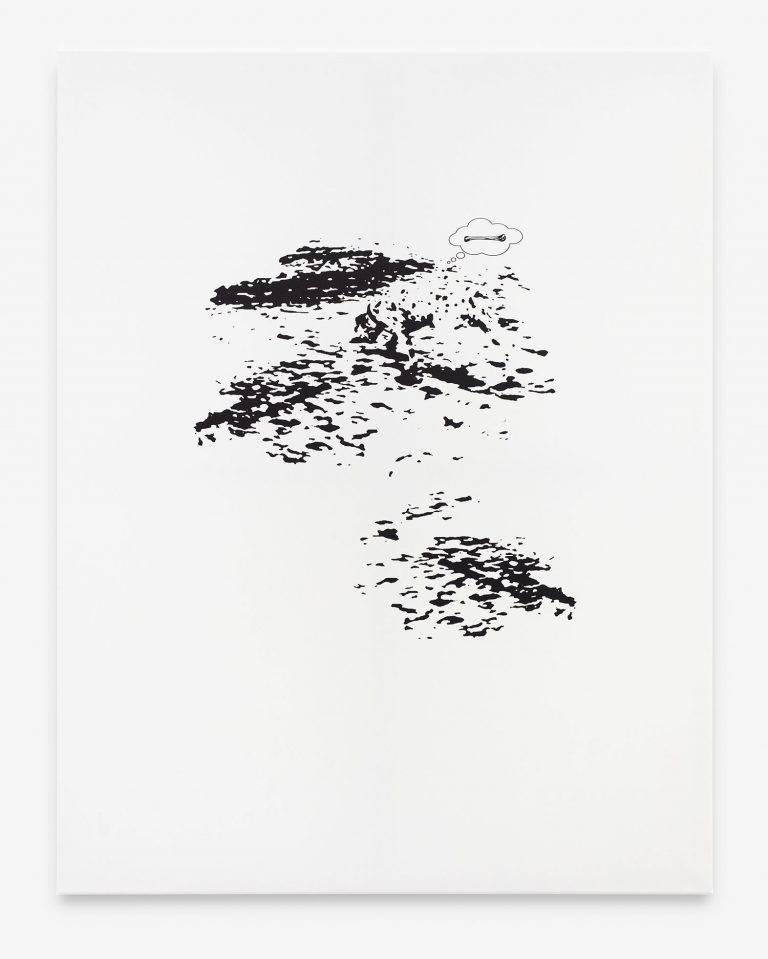 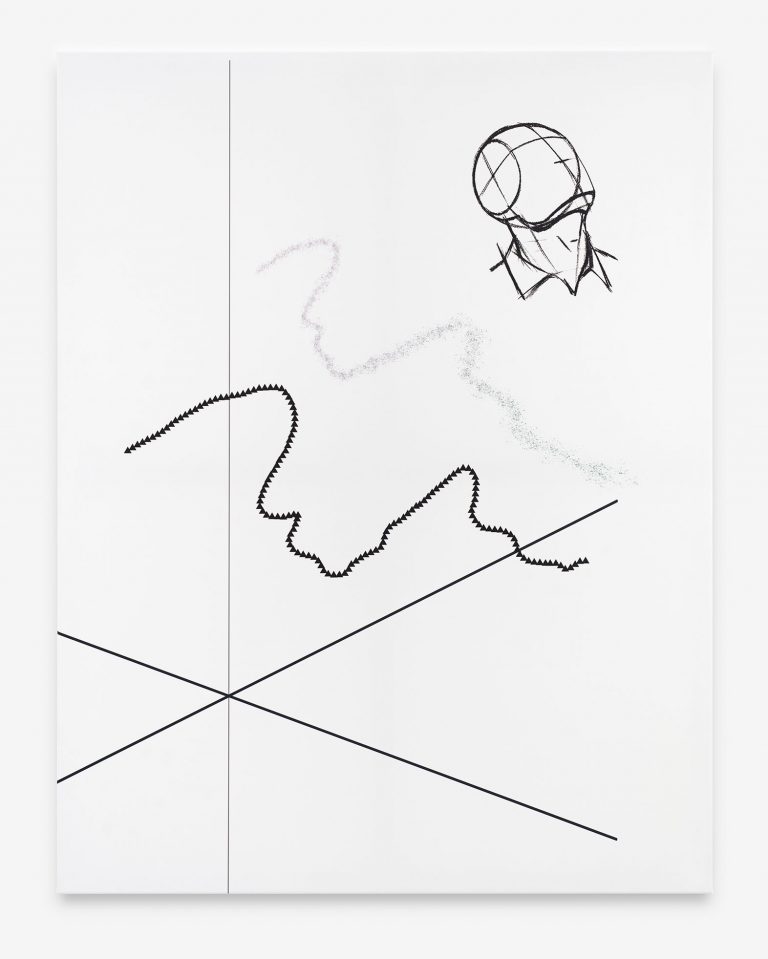 Over the past ten years it seems like the history of painting firmly got detached from its creators and therefore split into a history of artists on one side and a history of painting on the other. Whereas the former keeps following ideas of progress, the narrative of the latter came to a halt after Epson-printed canvases and post-painting gestures to otherwise regress into rehashes of figurative, symbol- and meaning-laden “Schinken” on the other. Meanwhile the hopes and desires for a renewal of painting were projected on the nascent medium of digital tokens aka NFTs. For a painter, this seems absurd. Why not use whatever affective ephemera coming out of the more and more organic relationship between humans and computers as material for painting? 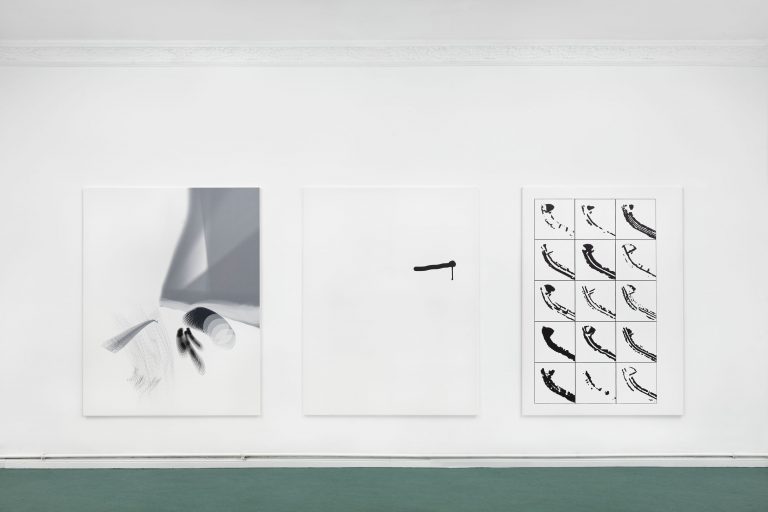 Taslima Ahmed, in her third solo show at Galerie Noah Klink, presents us with eight predominantly white canvases, each of which inserts itself like a double sided screen between the two worlds, the organic and the virtual. Each of her paintings is produced by printing layer upon layer of UV-pigments until the image is raised – a technique that is sometimes used to make Braille which is utilised here to imitate the strokes of paint of analog painting.

To put two things quite bluntly: computer intelligence is overrated and human vision is biased. And possibly vice versa. People usually scan a surface for information with their eyes following an F- or Z-pattern; they also organise what they see according to centre points; a computer can neither “understand” nor produce negative dialectics; and it can also not recognise a Dalmatian in a field of black dots. There is a painting based on each of these malfunctions in the show. 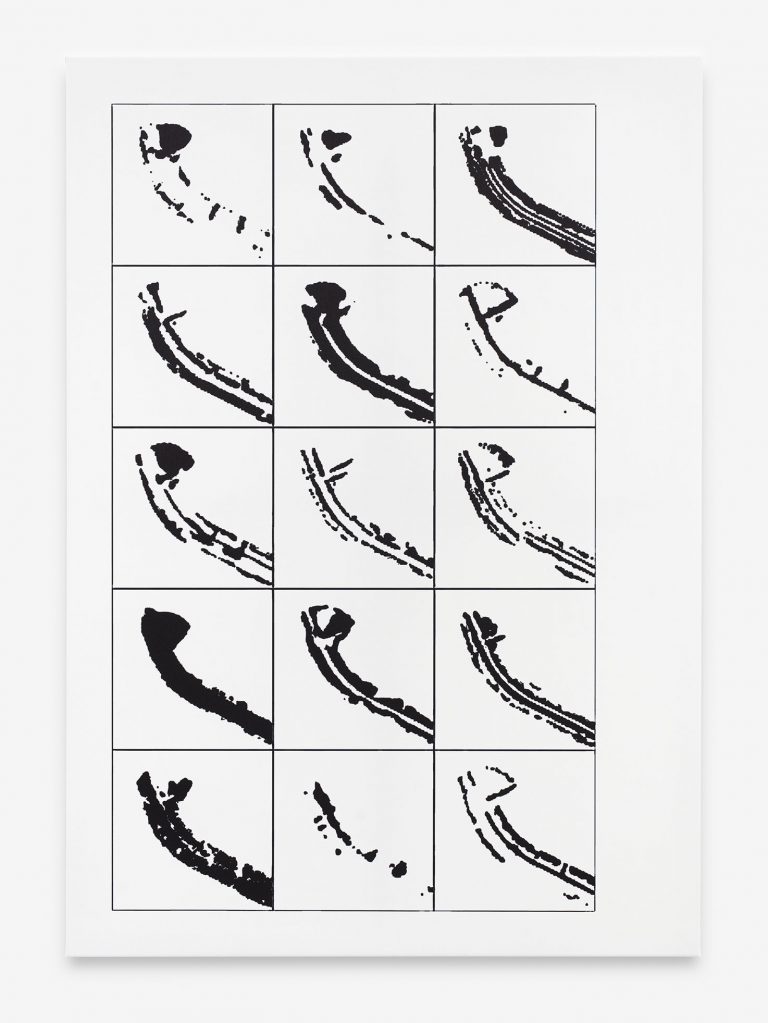 Another one appears as a set of brushstrokes in a grid, whilst actually reproducing data visualisations of GPS-signals from electric cars; in other words, data that produces content that appears human, as it is so often in our digitally permeated time. A painting titled Blackboxing (2022) places an imitation of a charcoal drawing of a human figure into a virtual space next to two gestures that seem to exist on two different axes or planes within that grid.

Works named Minimal Data and Artbreeder deploy AI – one of which using a GAN (Generative Adversarial Network), in which two algorithms goad each other until they themselves can’t discern their results from human output any longer, and the other feeding over 20 images that, according to tests, can not be identified by a computer into an AI that “crossbreeds” the “genetic patterns” of the images, merging them into what appears like a stack of unrecognisable forms. 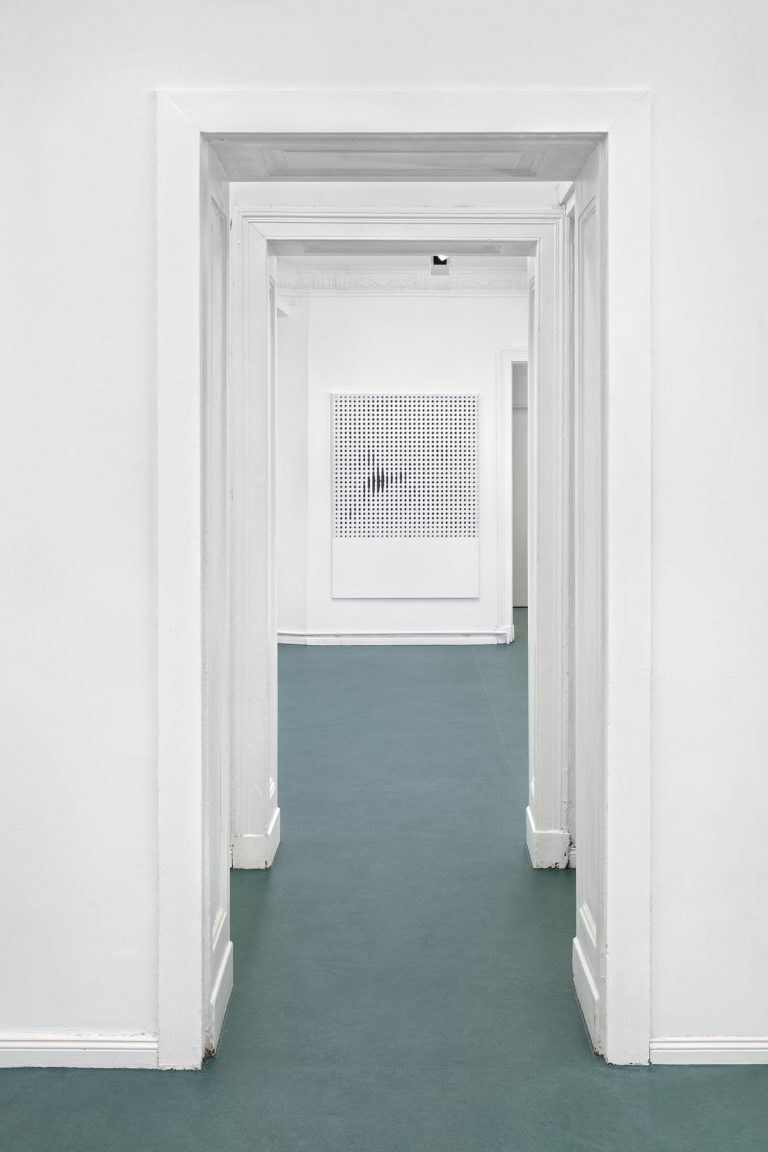 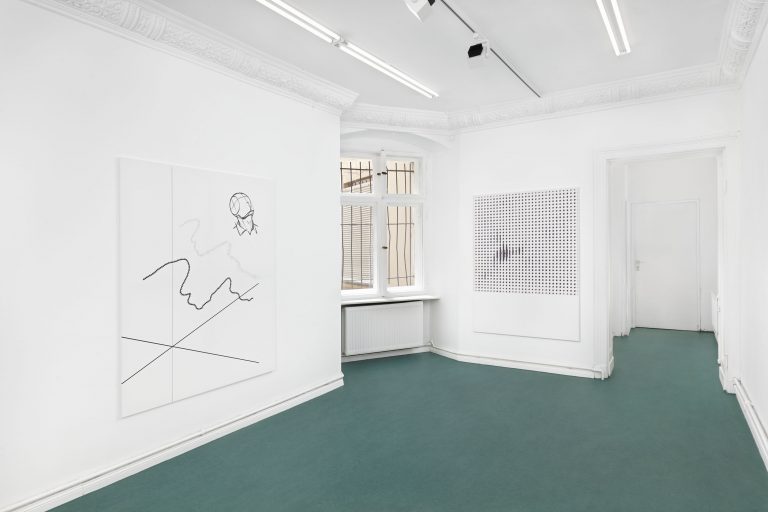