Jeong’s work criticizes a disappearing boundary between humans and machines, the advent of AI and cyborgs with human features. But it goes beyond this. When I watch the hands and feet of the human machines moving slowly on the floor, I end up confusing the extremities of the machine with the limbs of the artist. What makes the work so attractive and up-to-date is the intoxicating closeness between the two that Jeong creates. 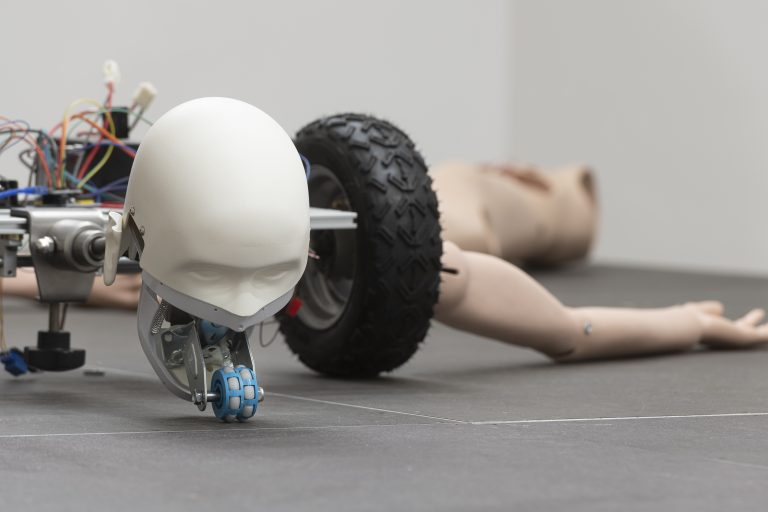 Galerie Klemm’s is pleased to present Under Maintenance, the second solo exhibition by Geumhyung Jeong in the gallery.

Born in 1980 in Seoul, Korea, where she lives and works, Jeong stands as a multifaceted figure in the scene of performative arts. Her work ranges from performance, dance, theatre, choreography and installations, resulting in a remarkably unique and intimate observation of the relationship between human body and technological devices.

The artist investigates the possibilities of animating inanimate being through the DIY construction of remote-controlled mechanical robots, made of spare parts of mannequins, medical dummies, as well as mechanical and tech hardware tools. Due to their imperfect nature, these homemade robots act in a clumsy, unreliable manner, though they seem to gain more from their creator than the pure ability of motion, embodying human-like feelings and characteristics that stimulate an ambiguous empathy towards them.

In her performances, Geumhyung Jeong communicates with her mechanical ‘toys’ through a timid yet intimate dialogue of gestures and delicate movements, exploring the boundaries between human flesh and mechanical desires, in search of reciprocate tenderness. 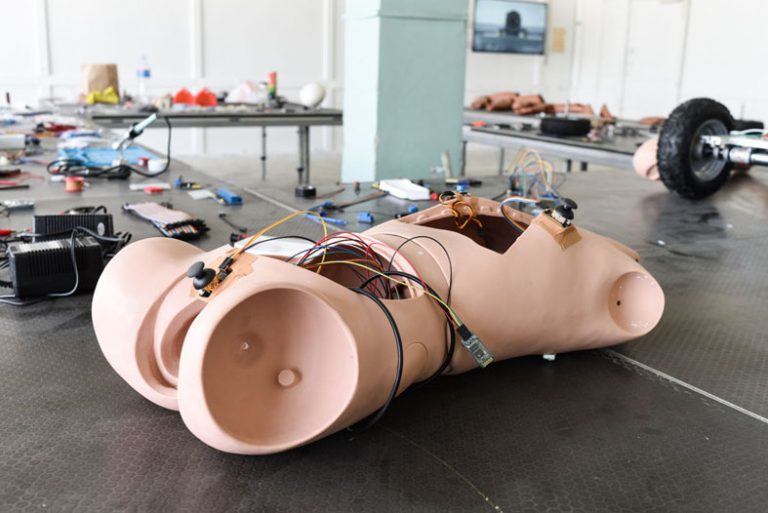 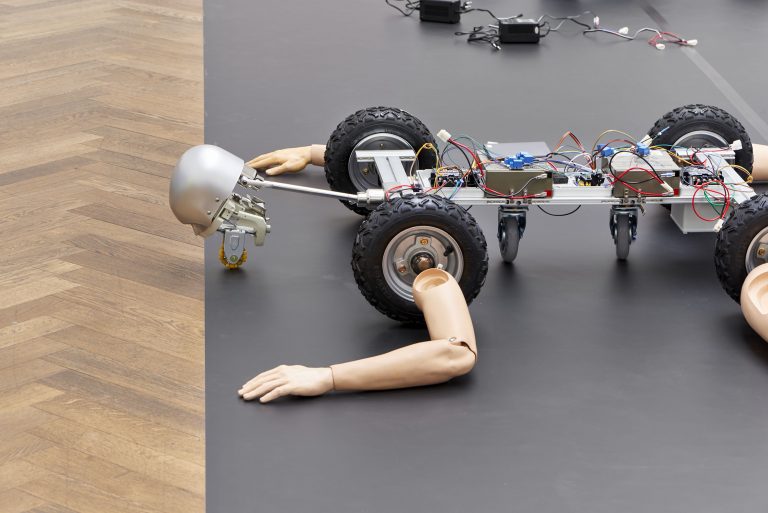 Absurdly simple, yet somehow spellbinding, the relationship revealed between Jeong and her robots—essentially her quest and inevitable failure to make (human) contact—drives the performance. It is a mechanical ballet both curious and unsettling, ominous and weirdly sensual. (…) The artist thus advances a vital comment on our technologized world: as humans are increasingly replaced by machines, as “dumb” things gain life force and agency, and as we humans become ever more inert, Jeong spectacularly stages the transformation of our relationships. 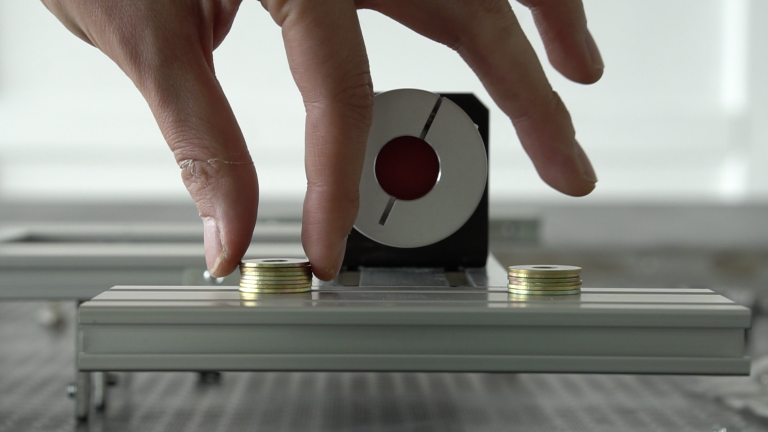 Geumhyung Jeong’s robots are the ultimate outcome of an existential investigation, yet appear to have a life of their own which continues after the artist’s act of creation.
Both subject and object, creator and submissive, Jeong depicts the complex interdependence of humans and machines in a society that is as sterile as imperfect.

Under Maintenance, presented in the framework of the Gallery Weekend 2021, is Geumhyung Jeong’s current take on her artistic rail, in which the artist’s exploration goes hand in hand with the emancipation of her mechanical creatures. In this new solo exhibition, the emphasis is placed right on the vitality of the robots, who have now reached that stage of their evolution where care and attention are needed in order to function.

The artist’s new work captures the maintenance process of her machines – assembling, repairing, connecting, charging batteries, testing the machine’s performance – the moments of taking care of her creatures to nurture their aliveness. Alongside the video screens, the remote controlled/controlling bodies are installed with other related elements.

Jeong’s solo exhibition transforms the gallery into a laboratory, where human-like mechanical creatures are fixed yet nurtured. Her laboratory set up is reminiscent of an operating theatre, leading to further questions about the inner “humanity” of these strange machines, which coexist with their surroundings in a placid harmony”.

Under Maintenance can be seen as a metaphorical extension of the creative process undertaken by the artist with her previous work Homemade RC Toy, created in 2019 for her solo exhibition at Kunsthalle Basel and furtherly developed through the more recent exhibitions and video performances in Fondazione Modena Arti Visive and Mousonturm/PACT Zollverein.
Jeong’s practice can be defined as the choreography of a working process, in which every new exhibition and performance coexist in an ideal continuity and allow a deeper understanding of the artist’s relationship with her robots, whose inner human characteristics seem to arise with progressive emphasis.

A tale of creation, of control, of affection. A game of power wherein boundaries remain blurred and open to surreal, yet plausible, scenarios.

Geumhyung Jeong’s work invites us to rethink the conventional distinctions between performance and object. Her performances explore the dynamic between the puppeteer, the passive object and the space of suspended disbelief the audience enters. 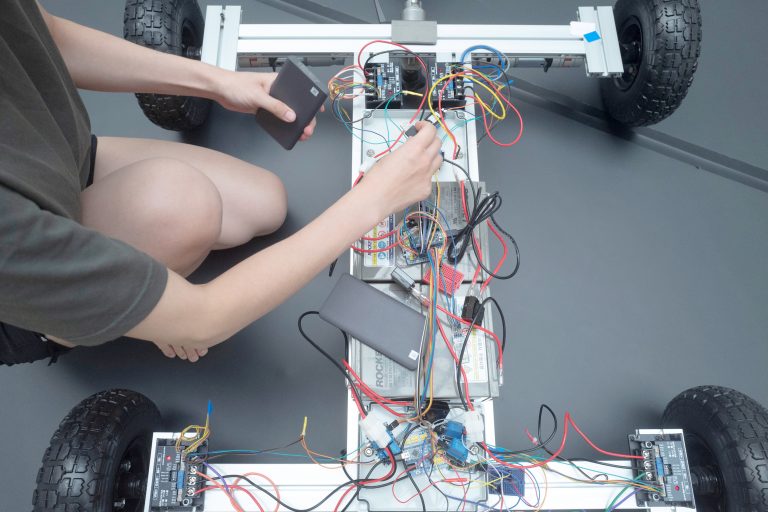 Geumhyung Jeong (1980 in Seoul) studied drama at Hoseo University as well as dance and performance at the Korean National University of Arts and the Korean Academy of Film Arts. Her performances and works have been displayed in Tate Modern, London; in the Atelier Hermès, Seoul; in the Delfina Foundation, London; at the New Museum Triennial, New York; at the Zürcher Theater Spektakel, Zurich; at the Malta Festival, Posnan; in the Württembergische Kunstverein, Stuttgart; in the PACT Zollverein, Essen; at the Nam June Paik Art Center, Yongin; at the SPIEL ART Festival, Munich; at the Asia Pacific-Triennial, Brisbane; in the Kunsthalle Basel, Basel; at the 5th Ural Industrial Biennial of Contemporary Art, Yekaterinburg; at the Taipei Arts Festival, Taipei; in the Museum für Gegenwartskunst Siegen, Siegen; in the Fondazione Modena Arti Visive, Modena, IT; in the Sifang Art Museum, Nanjing and at the Festival für neue Werke, Frankfurt. 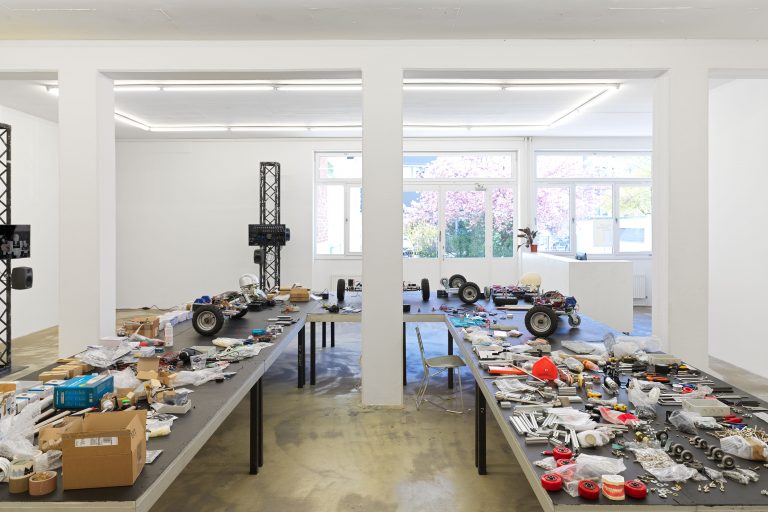 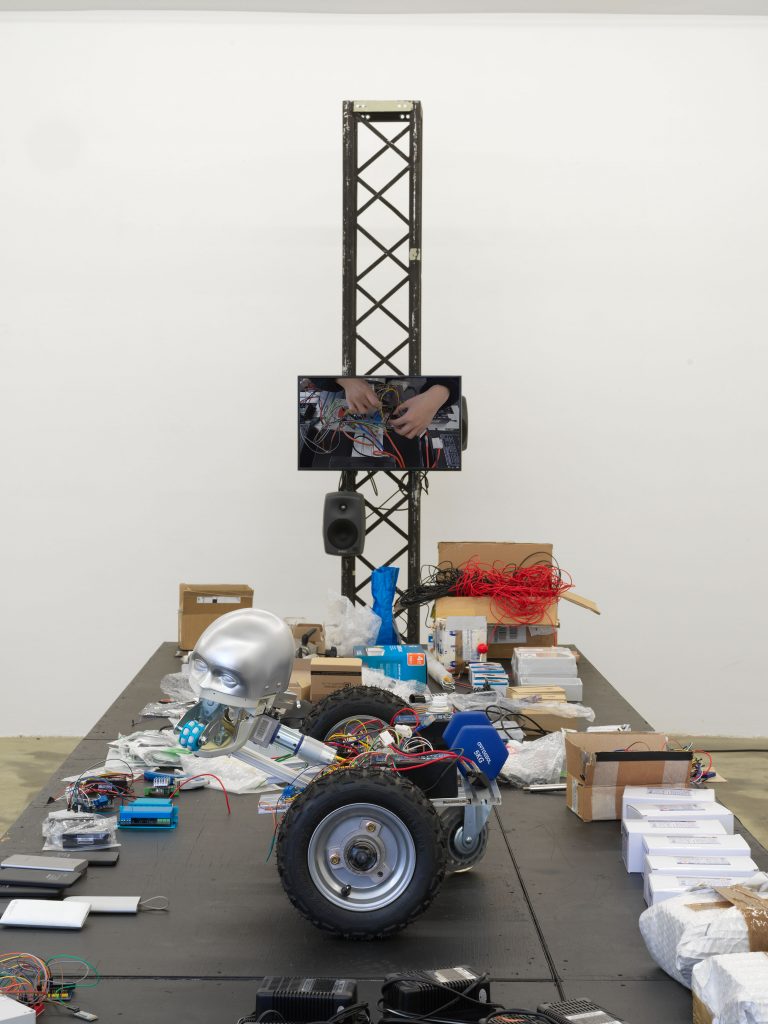 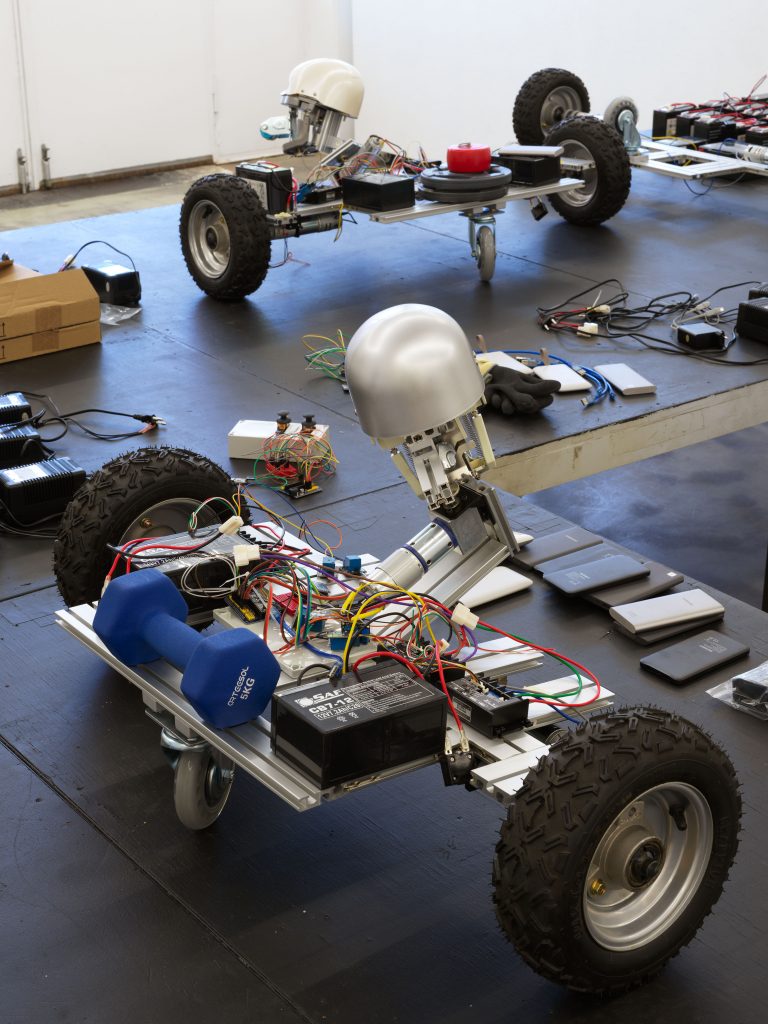