“Karin Kneffel’s paintings are terrific illusions. They are optical games gliding across things, the inanimate and the animate. She is an observer who watches for the pretense of beauty.” 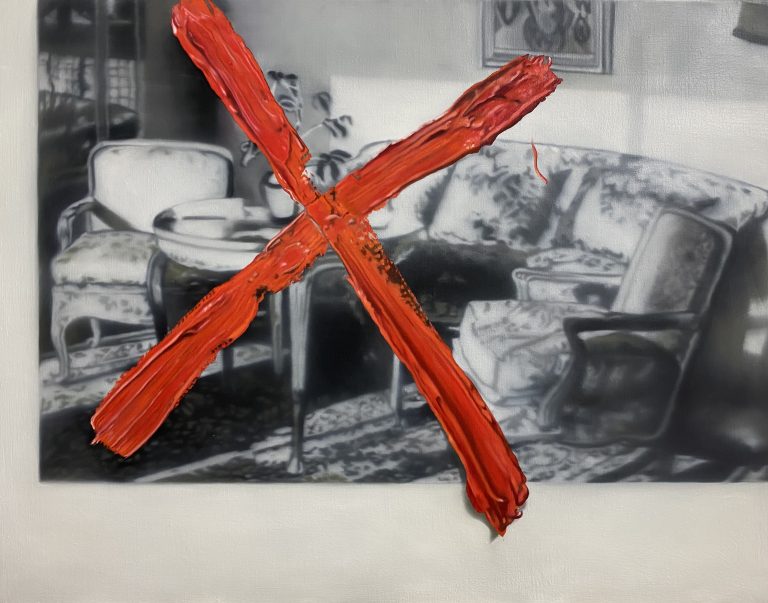 We are pleased to introduce the exhibitions Karin Kneffel. Re/Construction and Willi Baumeister. Form and Figure as part of Gallery Weekend 2020.

The common theme is their examination of icons from recent art and cultural history: the architecture of Mies van der Rohe, references to Lehmbruck’s sculptures, paintings by Schlemmer and Baumeister, the reworking of Gerhard Richter’s famous candle paintings. Kneffel’s image spaces function as sites for dealing with the question of the currency of the material negotiated in art: what significance do these pictures have then and now, how do contexts change their perception? 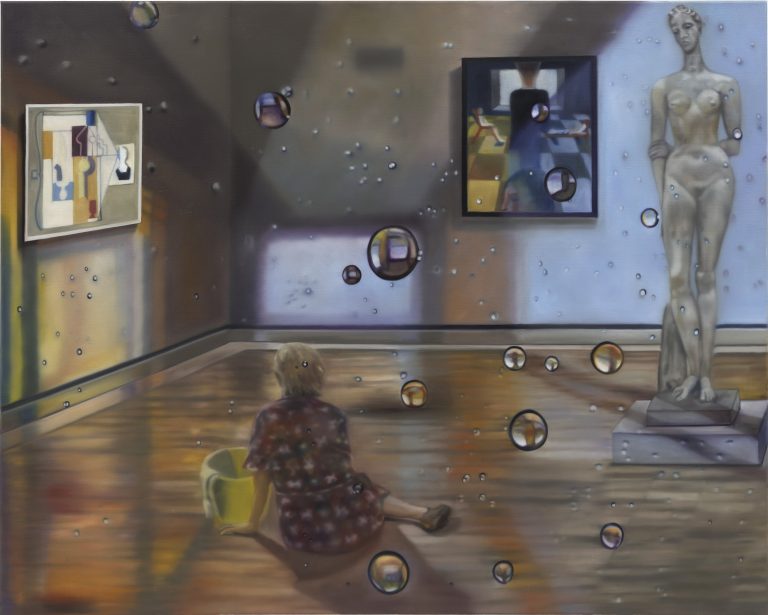 “But my paintings emerge to a large extent in the process of painting and also change within this process. Ideas are called into question, even rejected, because maybe they do not hold up or the implementation is beyond me. I try to think further about things and in doing so also put them into question again. No one can help me there, and without this work I would surely be missing something, and certainly my paintings as well.”

Simultaneously precise and effortless, Kneffel’s images explore the status of art, taking a poster design by Willi Baumeister with the title Wie wohnen? (How to live?) as a starting point. When Kneffel places Duane Hanson’s Window Washer sculpture in front of the glass cube of the Lehmbruck Museum in Duisburg as a resurrected memorial, the question is not only “How to paint?” but also, inevitably, “How to live?”.

As Willi Baumeister and Karin Kneffel demonstrate, in many instances art can signify everything to us; it can make everything sensorially present without the constraints of topicality. 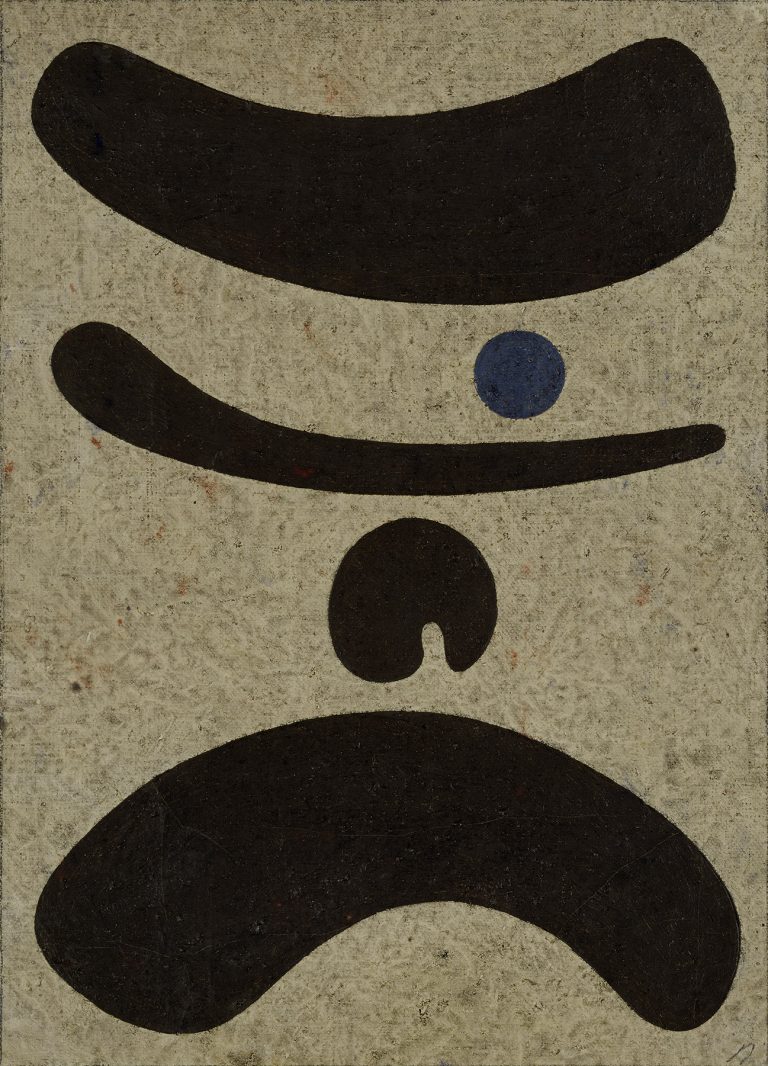 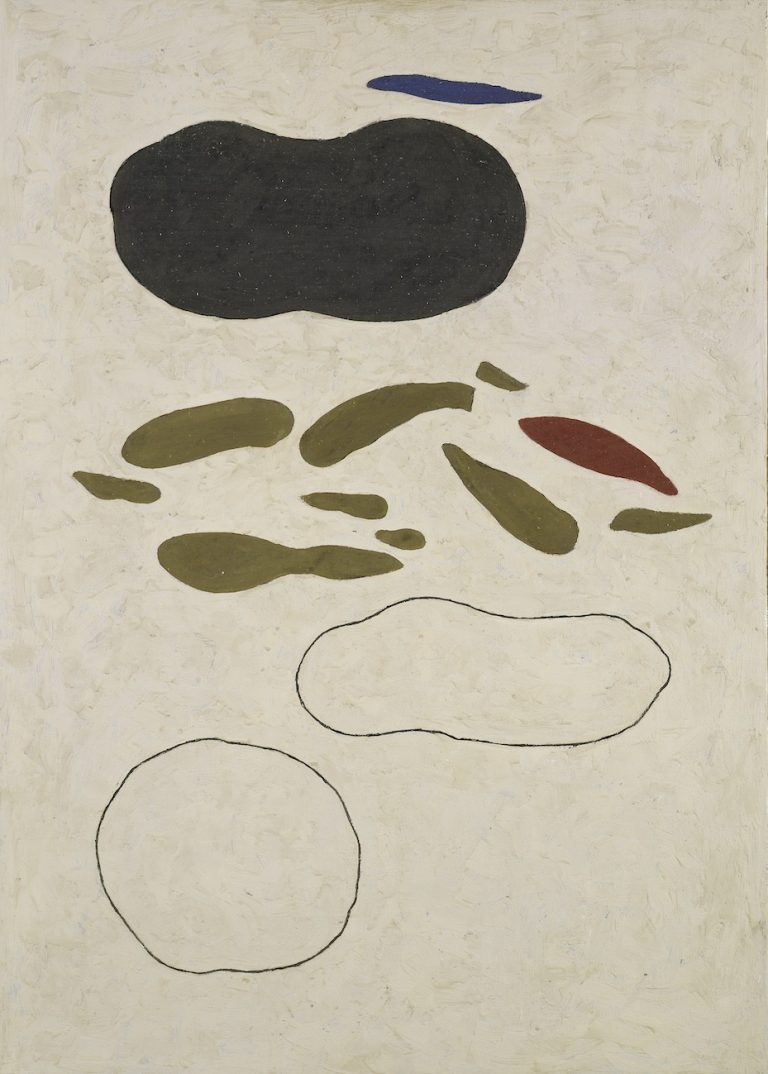 Willi Baumeister’s (1889–1955) enigmatically timeless compositions from the 1930s lie at the heart of the exhibition Willi Baumeister. Form und Figur, which is presented at Galerie Friese in cooperation with the Willi Baumeister Foundation.

Following on from his early work of the 1920s, which was inspired by Constructivism and always used the human form as the starting point for its geometric compositions, Baumeister devised a more organic formal language around 1930 that testifies to his intense preoccupation with prehistoric, non-European, and indigenous forms of expression. He continued to develop this in a variety of thematic work groups, each with its own stylistic form, until the 1940s. The types of forms and figures conceived in these works appear as the protagonists of his constantly innovative exploration of the tension between figuration and abstraction.

Baumeister’s iconic late work and his programmatic essay “The Unknown in Art” ensured that he went down in history as an advocate of abstraction and an inspiration for the Art Informel of the postwar period. These works reveal him to be a unique inventor of vivid visual worlds and a true pioneer of the avant-garde. 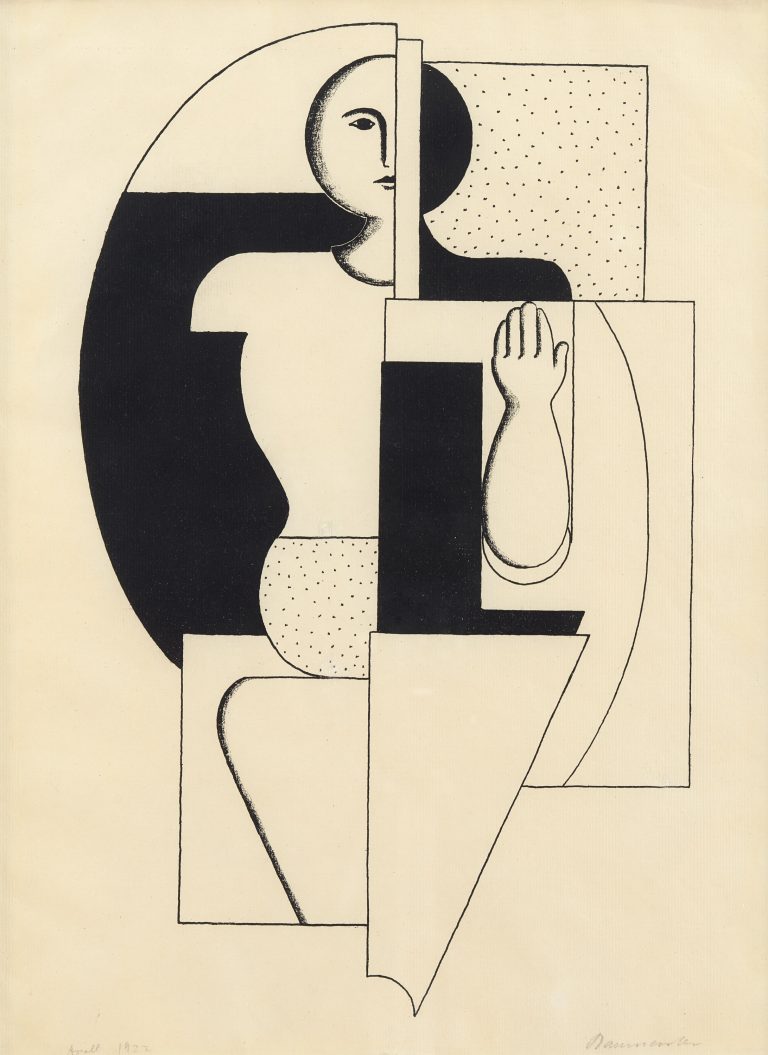