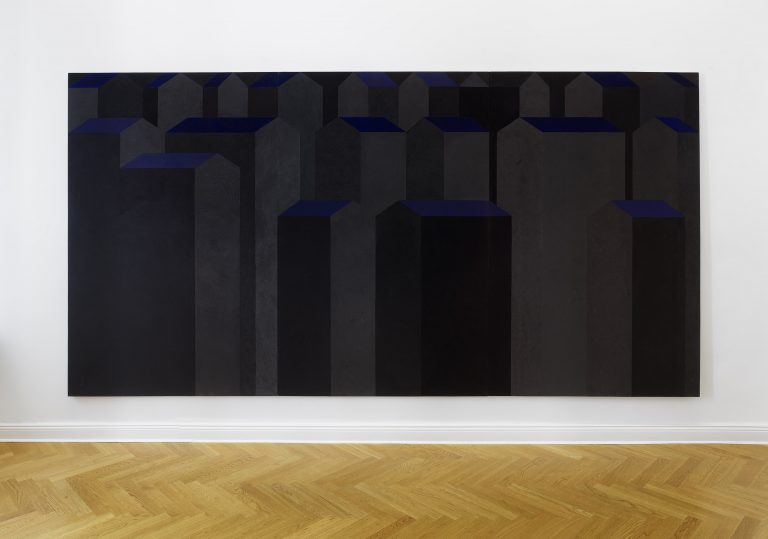 We are very pleased to present our first solo show of artist Horst Antes (b. 1936) on the occasion Gallery Weekend 2022. In his exhibition 7 Houses, Antes will display seven monumental paintings, some of them featuring multiple parts, depicting Antes’ signature dark, pared-down houses. The works, including recently executed pieces, can be seen for the first time in this comprehensive show curated by the artist himself.

The shock provoked by the Falklands War—in other words, by the fact the West was capable of waging a war after and despite the experience of World War II—caused Horst Antes to banish figures from his work. Since then, he has devoted his attention to images of numbers, images of houses. The houses are comprised of dense, enclosed, lively color surfaces that relate to one another. They refuse to be read hastily. They are monstrous symbols of life itself, which are transformed into paintings. 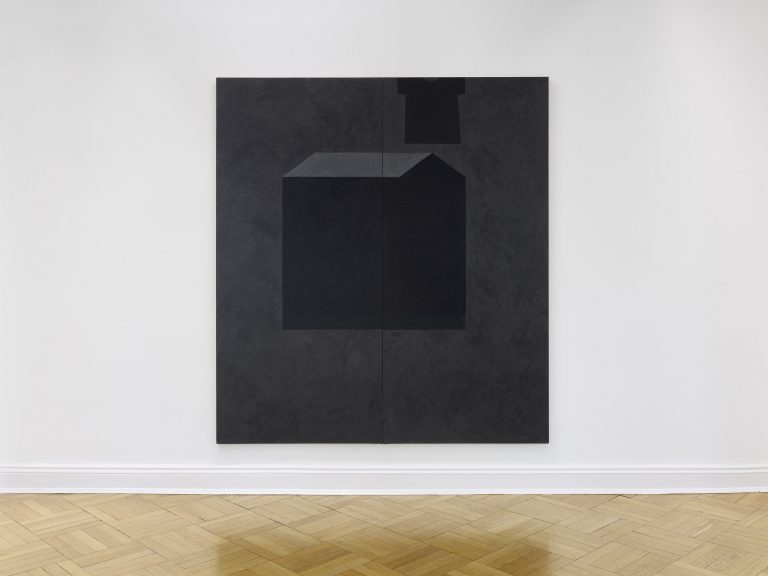 Horst Antes studied under HAP Grieshaber at the State Academy of Fine Arts Karlsruhe, where he also held a professorship from 1984 to 2000. Antes exhibited a large group of works at the 33rd Venice Biennale in 1966. He participated in documenta III (1964), documenta IV (1968), and documenta VI (1977). His solo exhibition Die Genese des Kopffüßlers is currently on view at the Franz Marc Museum. In 2013, the major retrospective Antes. Malerei 1958–2010 was shown at the Martin-Gropius-Bau in Berlin. Antes’s solo shows include exhibitions at Forum Würth Chur (2019), Museum Gunzenhauser in Chemnitz (2017), and Sprengel Museum in Hanover (2002). Horst Antes was awarded the Grand Prix of the São Paulo Biennial as well as the Villa Romana Florence and Villa Massimo Rome fellowships. 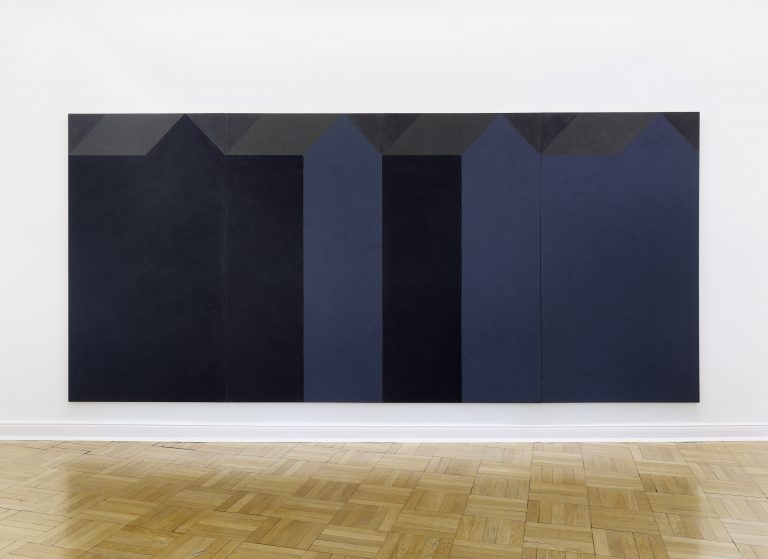