Absence is more than nothing. One knows what is missing.

Oktoberfest Phantom is a performative project statistical Virtual Reality/Artificial Intelligence/Performance project, depicting the memories of the absent Oktoberfest based upon images, sounds, clips found in social media by researchers all over the world.

In 2021 and only for the second time since World War II the Oktoberfest will not take place. For Oktoberfest Phantom researchers have collected tenthousands of images, clips and sounds of past Oktoberfest seasons on all kind of platforms: Images posted as personal statements.

An Artifical Intelligence has then been given the task of identifying points constant in space among the immense amount of data.

Surprisingly, the sheer mass of personal images results in an Oktoberfest devoid of any individual representation of humans. The AI knows no reality but statistics, resulting in different degrees of assumed reality. This density of reality corresponds to the amount of congruent information. The Oktoberfest tents we experience here literally are representing collective (world wide web) memories.

I had begun working with what I like to call statistical photography during my stay at VILLA MASSIMO, Rome, in 2016. A reaction to the self-replicating movement of tourists, constantly seeking out the location to take the same pic friends had sent.

Resulting in crowds of people moving through Rome, as though the city was just an obstacle to reaching prefabricated views. I was curious to know what image of the city would thus result, taking images on social media as the only source of information. What does Rome look like on this base? Putting the viewer into the perspective of Instagram’s central server.

2018, in collaboration with Rolf Mu tze, I went on to create images of Saint Peter’s Basilica iin Rome using the same approach. The results were stunning, strange, surprising.

Thus, when in May 2020 the Oktoberfest was cancelled due to COVID, I knew immediately that I would want to create an installation based on this. Reconstructing the absent Oktoberfest by means of mass memory. Out of the sheer joy of watching an idea turn into images.

Mass memory is the most powerful element in culture. We can directly tap into it on social media. I wanted to see how one of the most photographed events in the world would look like when reconstructed through an Artificial Intelligence during its absence.

Images are reality today. Whatever is not visible does not exist. I wanted to be able to move through the mass memory that had become reality, a Virtual Reality reality. 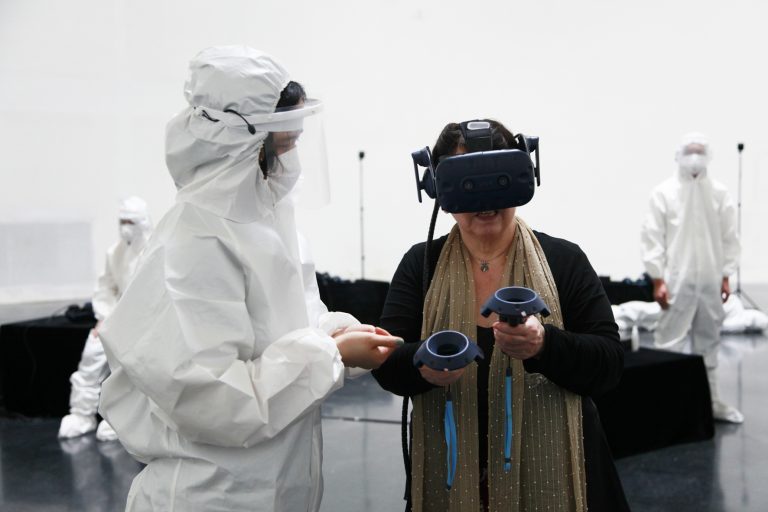 Oktoberfest Phantom does not only consist of a VR/AI experience. COVID creates the necessity of disinfecting the VR sets with each change of user.

On a performative level this is transformed into the presence of “guardians”, one of which is associated with each VR set. Covered in protective clothing and headgear, following a simple set of interactions, these “guardians” evoke the association of ICU units just as well as that of future space travellers and tourists: Guardians against the COVID virus, serving as guides into the VR experience at the same time.

Three sculptures further complete the installation. The objects appearing rather abstract at first sight are “retranslations” of isolated areas within the point clouds, the AI used to reconstruct the premises of the Oktoberfest.

Culture largely advances by means of appropriation, transposition, cultural exchange. One of the most productive accelerators of cultural progress have always been misinterpretations, misunderstandings of kinds. Retranslating the point-cloud objects AI had derived from masses of human memories found online into physical reality resulted in the thee objects forming part of the installation.

The red-faced, round-faced angel Aloisius of the Hofbra uhaus tent. A garland made of hop hanging from the ceiling of a tent. An unidentified human element from the Lo wenbra u tent: Examples of transfers from our physical reality into the reality of AI and back again, massively changed by the process. 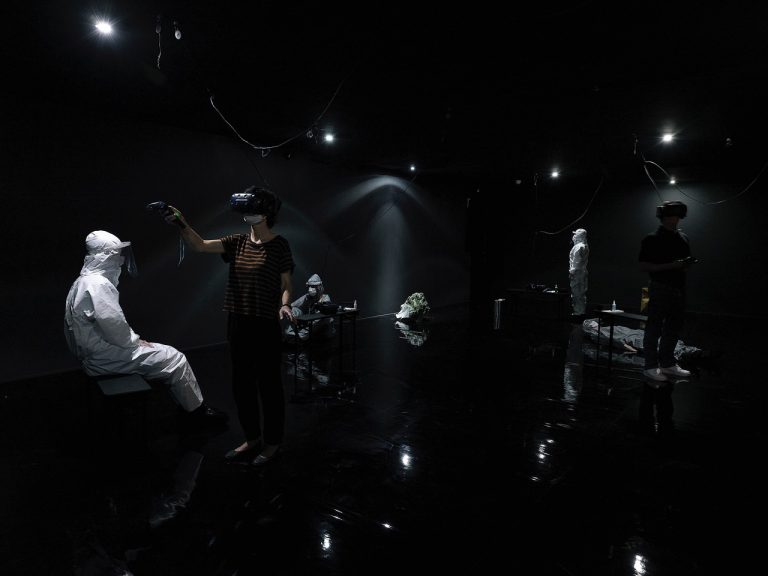 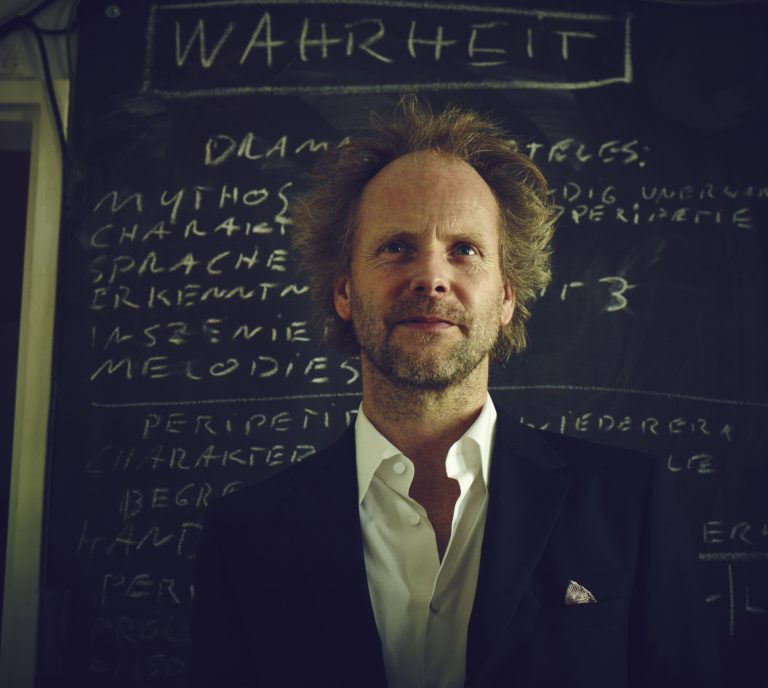