On the occasion of Gallery Weekend *Discoveries, Galerie Tanja Wagner presents the her first solo exhibition by Rachel Garrard in Germany. Her multi-layered practice encompassing painting, sculpture, sound, video and holographic projection, focuses on the subtle realms of the human experience where deeper layers of energy and consciousness inform matter. For her exhibition A Continuous Song for Several Voices Garrard includes larger and more complex paintings alongside sculptures and an ephemeral installation. 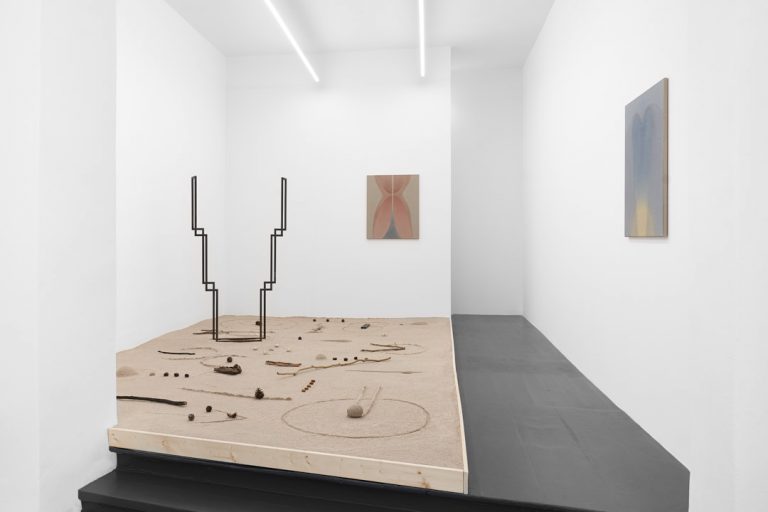 Rachel Garrard  I was born in Devon, England. I grew up in a small town in the woods by the ocean, then moved to London to study art Central Saint Martin’s. Although most of my family are scientists, I have always felt the need to make art. I started meditating automatically as a child, and developed my own practice of automatic writing and painting from the visions I saw in these states. That process has continued to be a large part of my practice while exploring a variety of mediums; painting, sculpture, sound, video, holographic projection and performance. I moved to New York after graduating from my MFA, and still have my base there. I have also spent a lot of time in the last years Mexico and South America, spending time in remote areas in nature, with indigenous communities and at ancient
sacred sites. Exploring the world through travel, my own inner exploration and scientific research and study all feeds into and informs my practice. 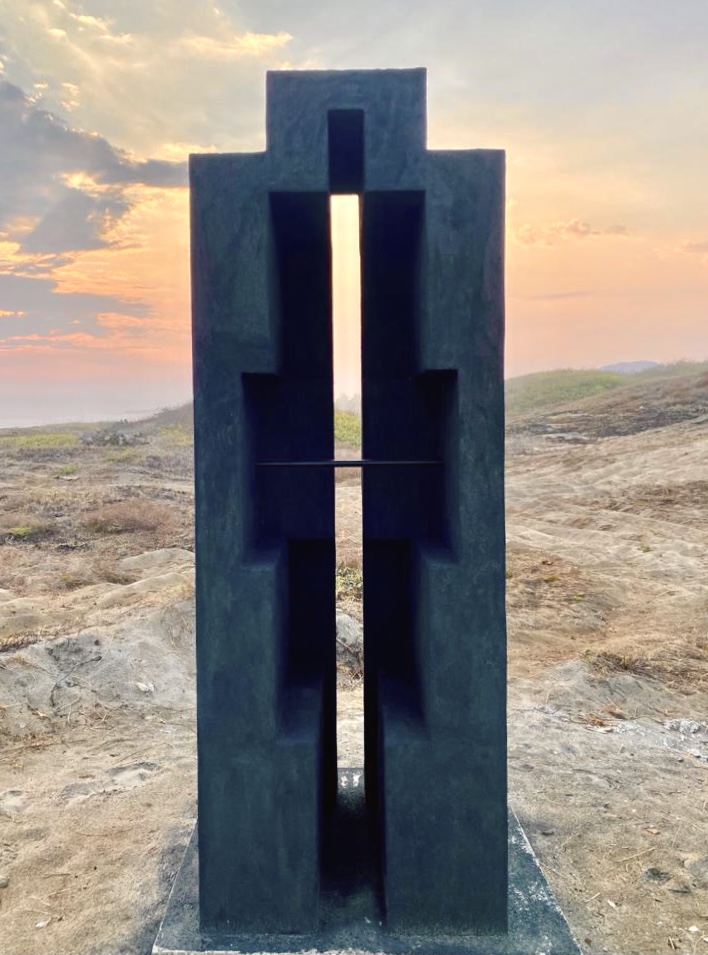 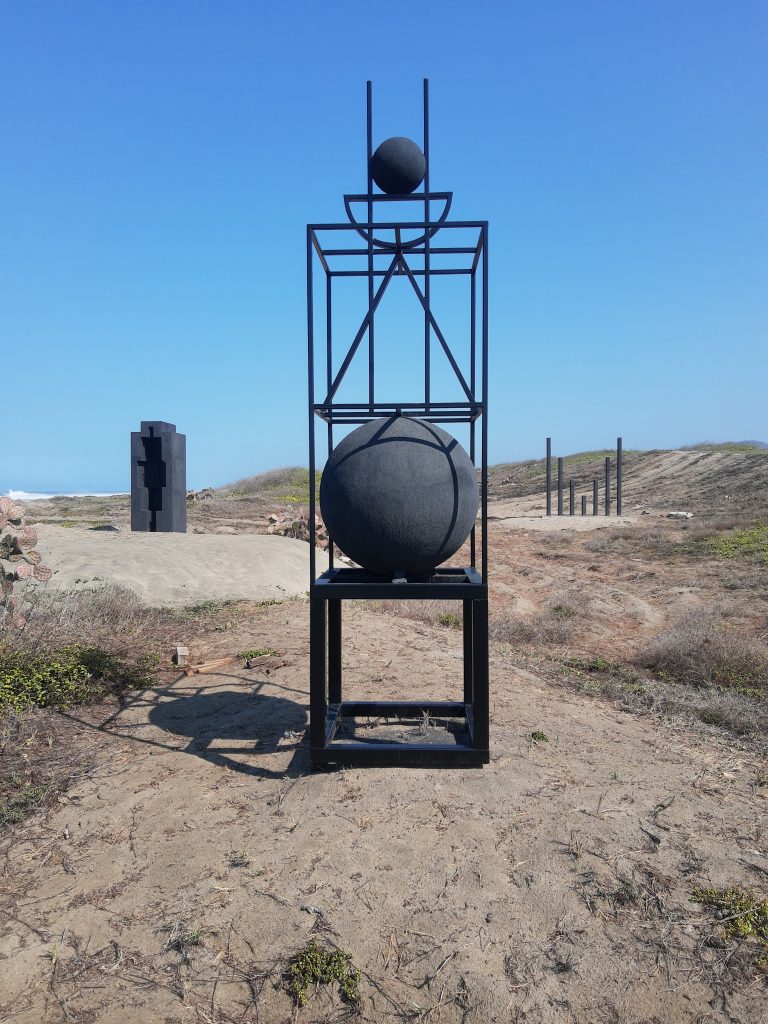 The complexity of being a human has always fascinated me. The thousands of organisms, systems, atoms, nerve impulses, organs, conscious and subconscious mind working together in a harmonious balance just to create a normal waking state. What is the consciousness and formulas behind this magical and mysterious system? I’m not sure I will ever have tangible answers for my questions but contemplating these questions gives me endless inspiration. The work for this exhibition is a continuation of this long-term inquiry into the nature of manifest reality, using natural elements to expose the slipperiness between the unseen, immaterial world and the sensorially witnessed, material world. Over the years I have
developed a language of geometric and symbolic forms that are both personal imaginaries as well as loose interpretations of propositions in quantum physics, such as M-theory and supersymmetry. Everything that is material breaks down at the quantum level into particles, atoms, quarks, strings and vibrations; what we consider to be solid and fixed is intangible. Assimilating these theories with my own experiences of non-physical space, accessed through meditation informs the painting’s compositions. The paintings are composed from natural substances such as quartz and rock powder pigment that I have collected through field research, hand ground and applied to raw linen through a labor-intensive process of fine layering to create the appearance of depth and
shadow within precisely delineated geometrical forms. The exhibition acts as a visual and sonic exploration of vibration and consciousness through matter, combining genres and mediums in an exploratory practice that fore fronts nature as a power source for further inquiry.

GWB  Could you describe your upcoming exhibition in a few words/images? What can we expect to see?

RG  The exhibition works as a dialogue between forms, interweaving a narrative through largescale paintings, sculptures a site-specific installation and sound. Using natural elements to visualize the vast spiritual archetypal energetic field that is manifest through out material phenomena, my vision of hyperspace is grounded within the natural world. 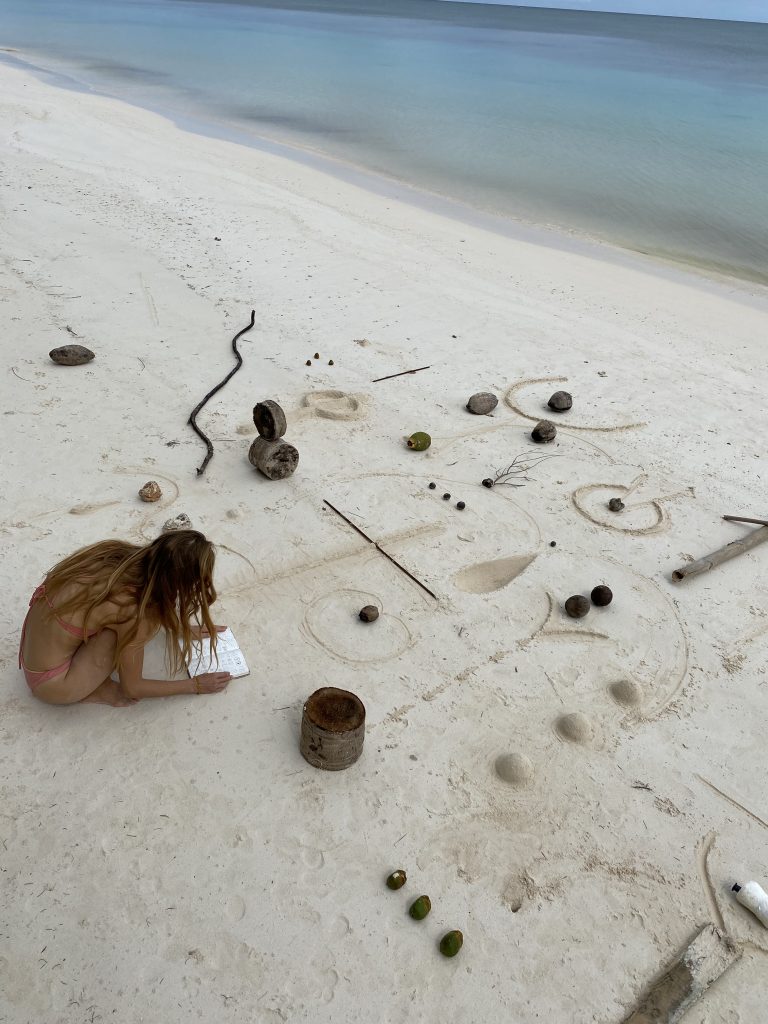 RG  The show is called ‘a continuous song for several voices’ this is actually taken from Johannes Kepler, the German mathematician, astronomer and philosopher’s book Harmonice Mundi, as it describes the movements of the planets and geometry of our solar system.

“The heavenly motions are nothing but a continuous song for several voices, to be perceived by the intellect, not by the ear’ – Johannes Kepler

This quote has stayed with me for a long time, it calls forth this search for the hidden and invisible structures that inform the workings of the cosmos. For me it evokes a vision of the cosmos as a grand celestial dance, a rhythm that not only pervades the planets and star systems, but also our own organs, cells and atoms. At a time when we are facing so much division and suffering through culture and environmental crisis, I believe it is very important to be reminded of the
interconnectedness of all life. Since separatism is at the root of disharmony with nature and violence against nature and people, we need in our culture to overcome the individualism and materialism that separates us from both each other and from the natural world. It is my belief that the external state of the world is a reflection of our internal state. Awakening the mind to a vaster perspective, one in which all life viewed as sacred and intimately connected, can change our orientation and actions in the external world.

“A human being is part of a whole, called by us the Universe, a part limited in time and space. He experiences himself, his thoughts and feelings, as something separated from the rest a kind of optical delusion of his consciousness. This delusion is a kind of prison for us, restricting us to our personal desires and to affection for a few persons nearest us. Our task must be to free ourselves from this prison by widening our circles of compassion to embrace all living creatures and the whole of nature in its beauty.” – Albert Einstein 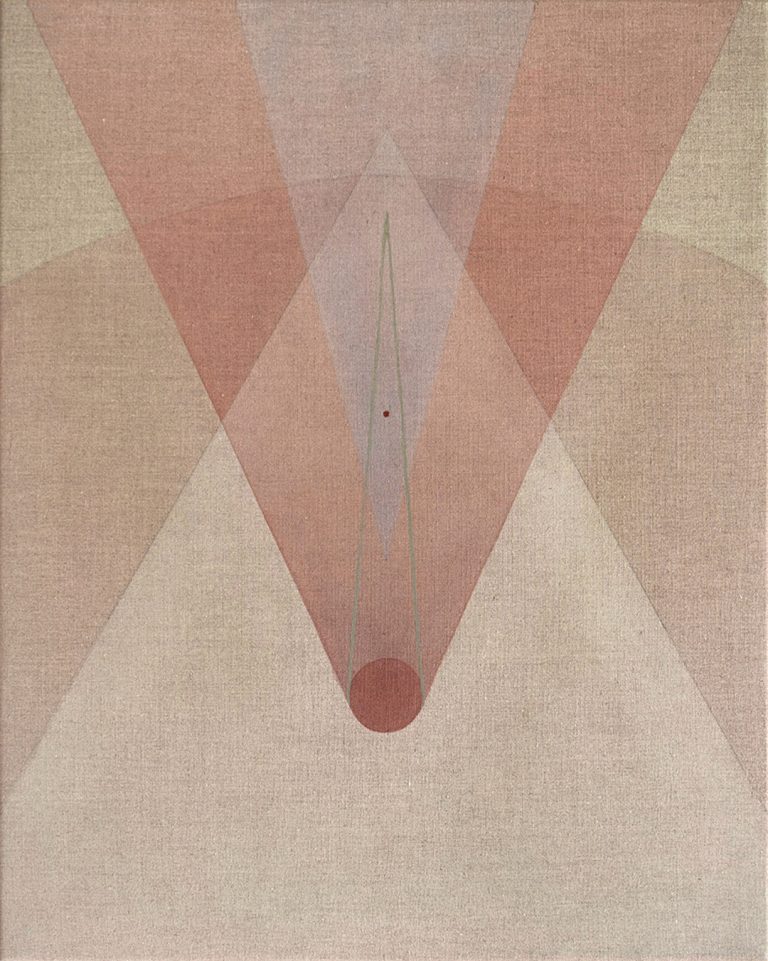 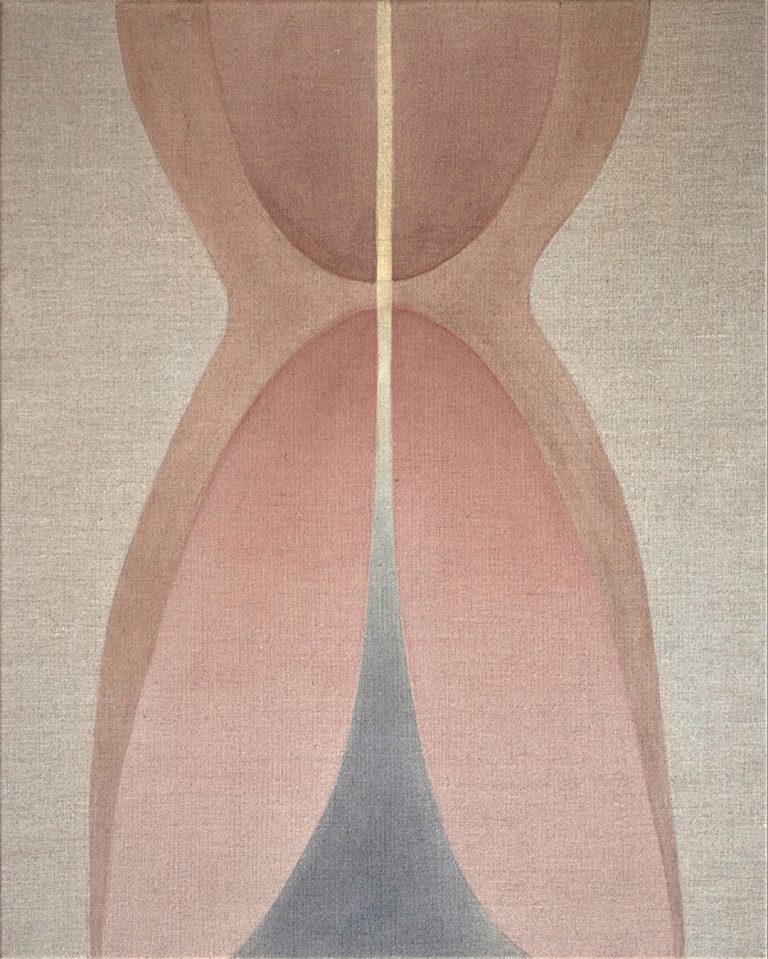 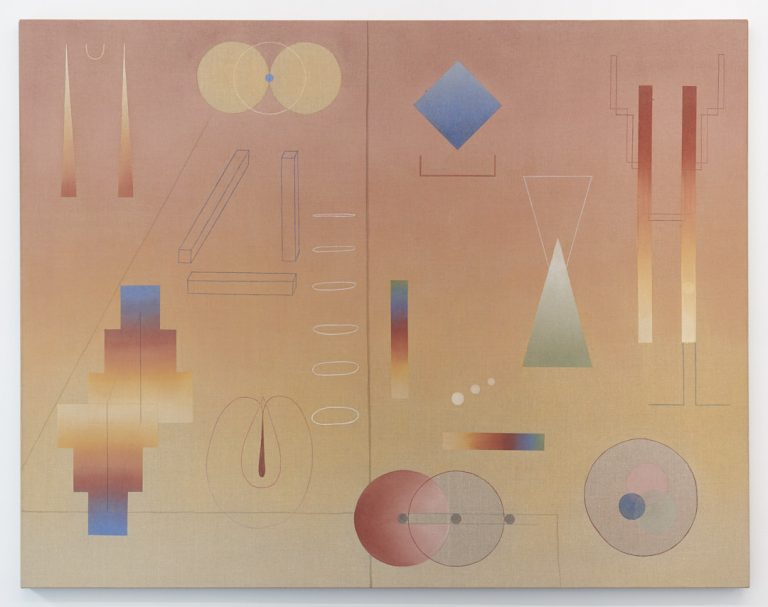 GWB  What is the right soundtrack for your exhibition?

RG  We are actually including sound as part of the exhibition. I have taken a section of the NASA electromagnetic recordings of the atmosphere on the planet Venus, and turned into sound frequencies. It has an otherworldly drone-like sound, which reminds me of low voiced Tibetan monks chanting. I like the idea that sound has an impact on our psyche, and can actually change the state of consciousness. I feel like this sound has a specific frequency that feels like it is taking you to a slightly different dimension of space.

GWB  How does it feel to exhibit in Berlin? Is there anything in particular what you are looking forward to?

RG  I am very excited to exhibit in Berlin since this is my first solo exhibition in Germany. I find
the Berlin art scene very expansive, there seems to be more openness and space for
experimentation and conceptual projects. I’m also excited to see the other exhibitions
during Berlin art week, and get to know the interesting artists and thinkers that are based
here. 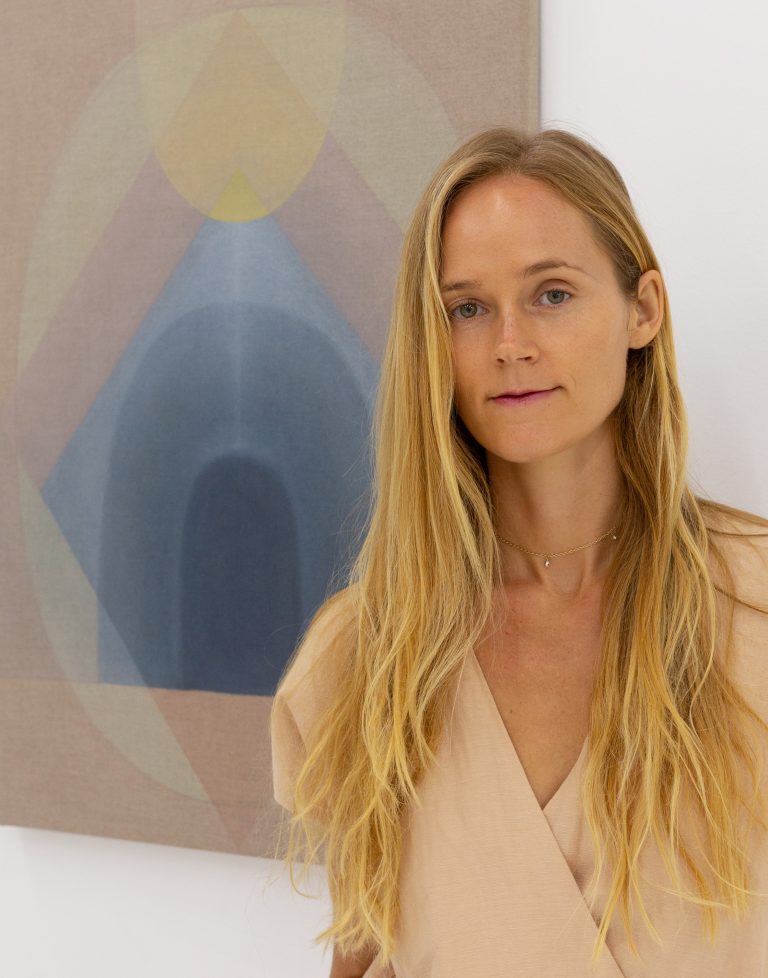