Ruscha Voormann*
Swipe Up
Crone Side 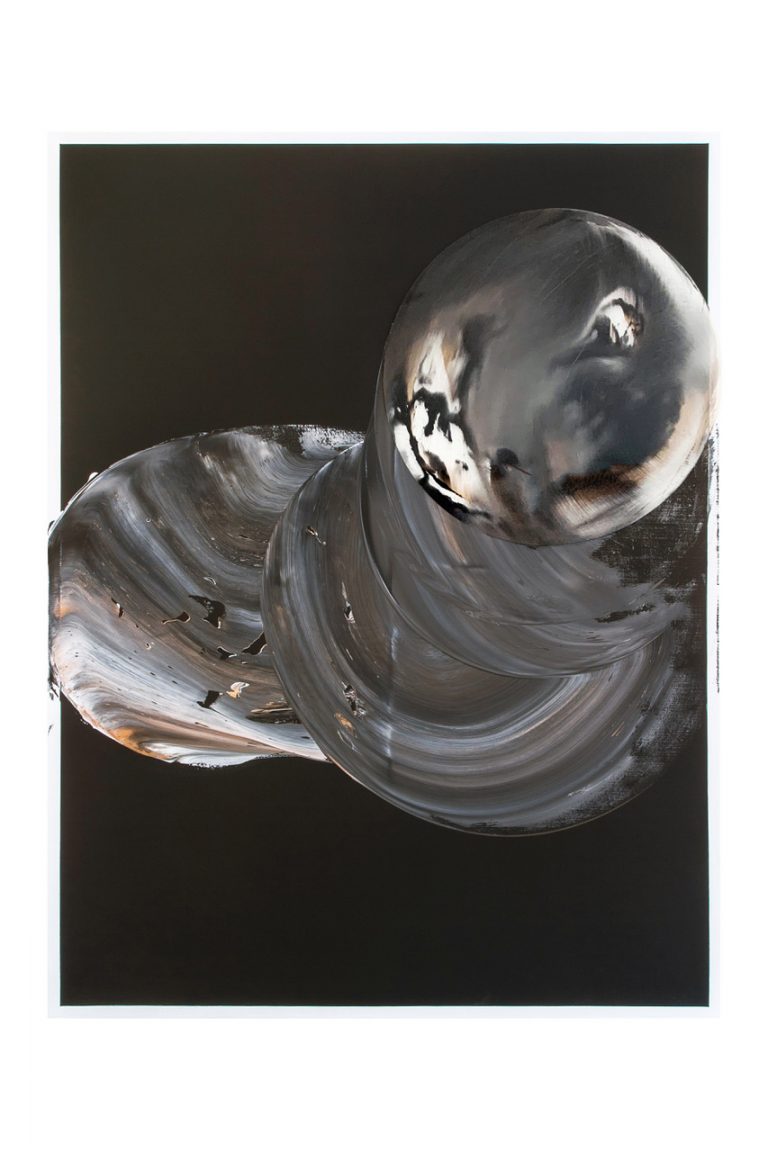 When I sing, I go into a tunnel – and I wish that you follow me into the tunnel. 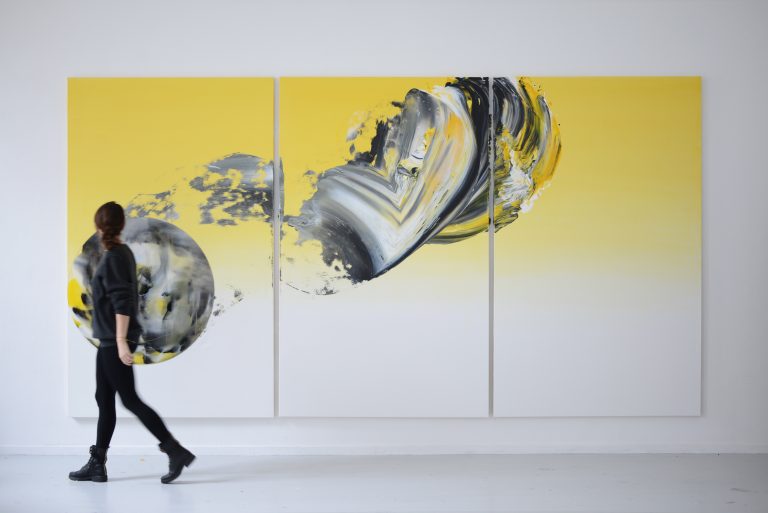 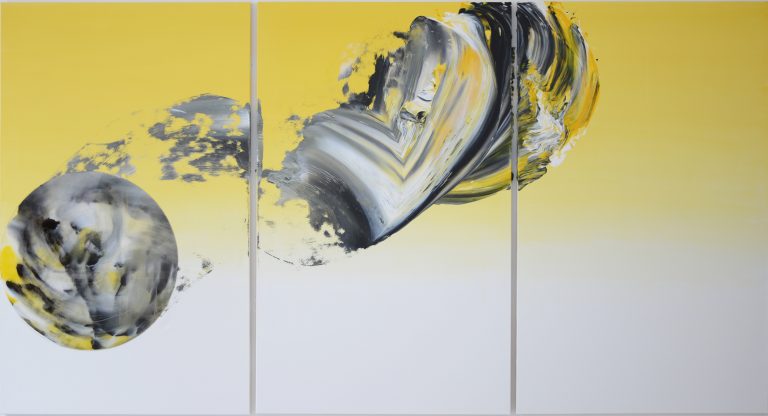 We are pleased to announce the first solo exhibition of the artist Ruscha Voormann in our Berlin project space Crone Side. Under the title “Swipe Up”, she is showing large-scale, abstract picture compositions made of acrylic, acrylic glass and plexiglas.

The title “Swipe Up” is derived from the gesture of applying paint, in which the artist deals with the reactive behaviour of acrylic paint between a plexiglas plate and the actual painting surface, the canvas. The plexiglas plate is usually used in the form of a round disc. Through targeted, rotating movements, it leaves traces of paint between itself and the canvas. This creates an interaction between control and loss of control. The plexiglass and acrylic glass plates give the paintings their original 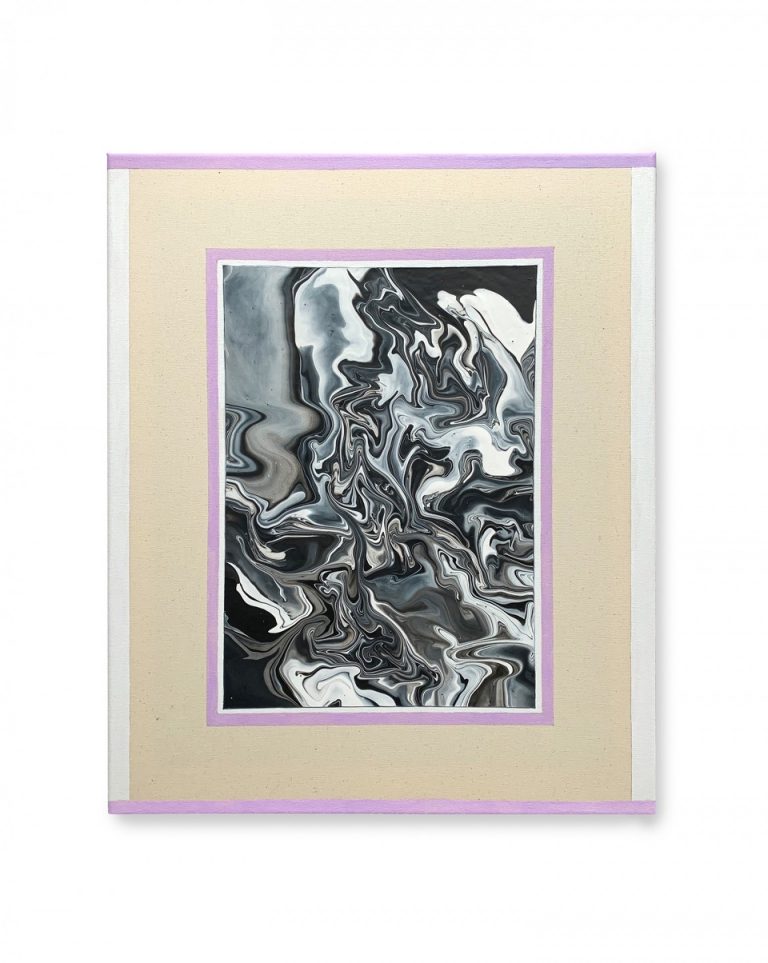 Ruscha Voormann, Window to see through I. 2021. 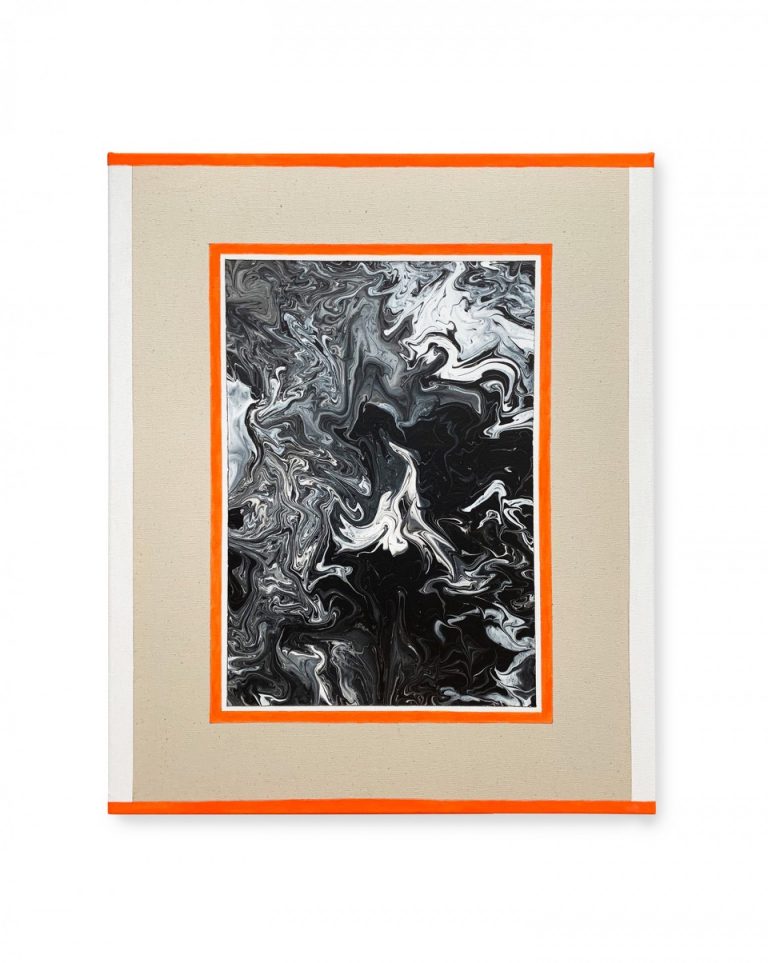 A similar theme is taken up in the series “Ousia Facing Reality,” in which the artist plays with pre-composed, geometric surfaces and paint, which is subsequently poured onto the canvas. For Ruscha Voormann, this is a visual metaphor for coping with life: managing the balancing act between pursuing the controllable and surrendering and trusting the unconscious. 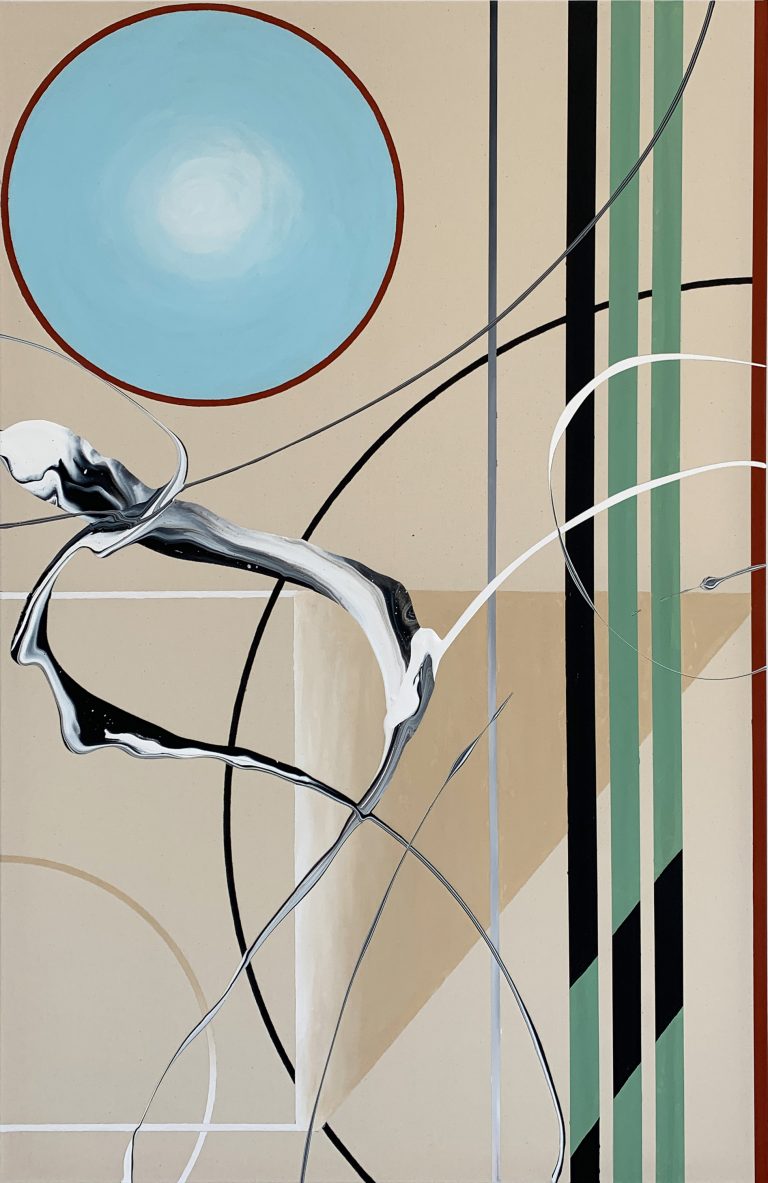 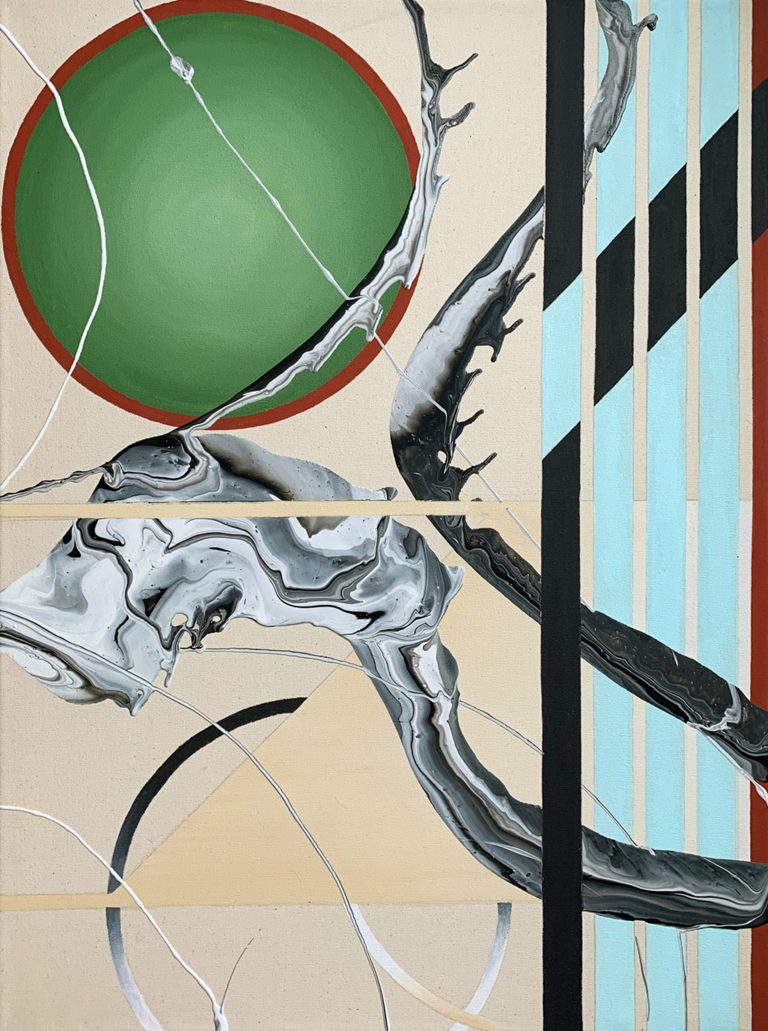 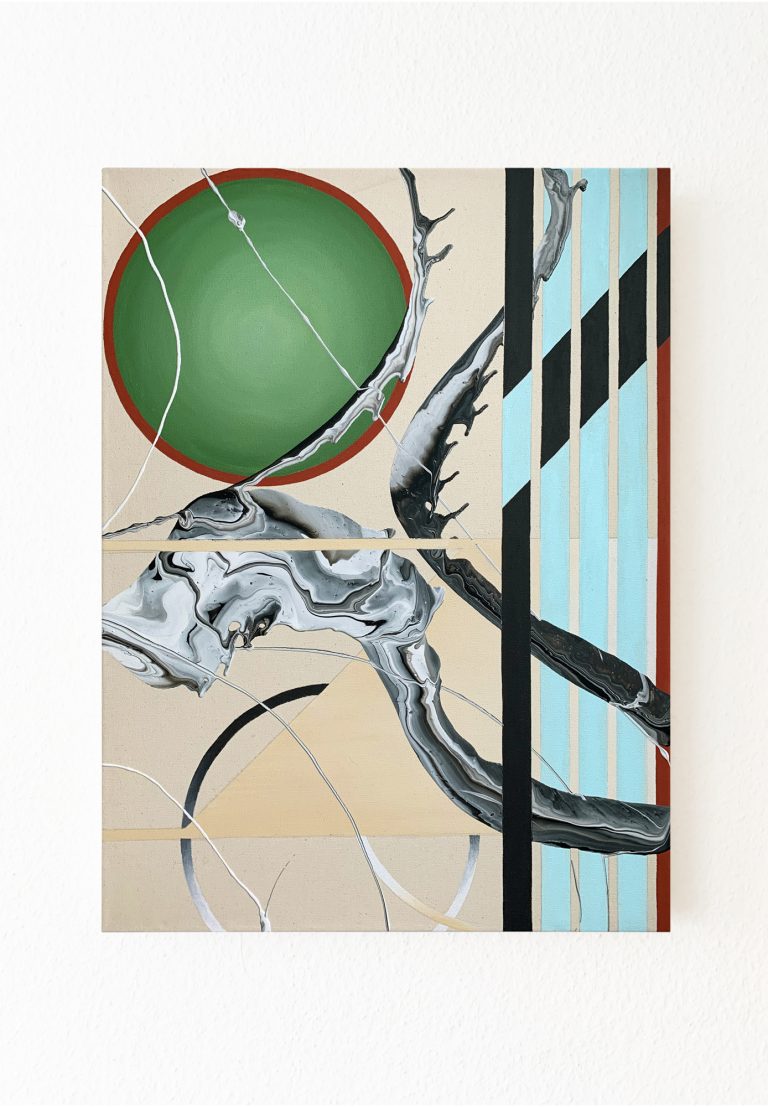 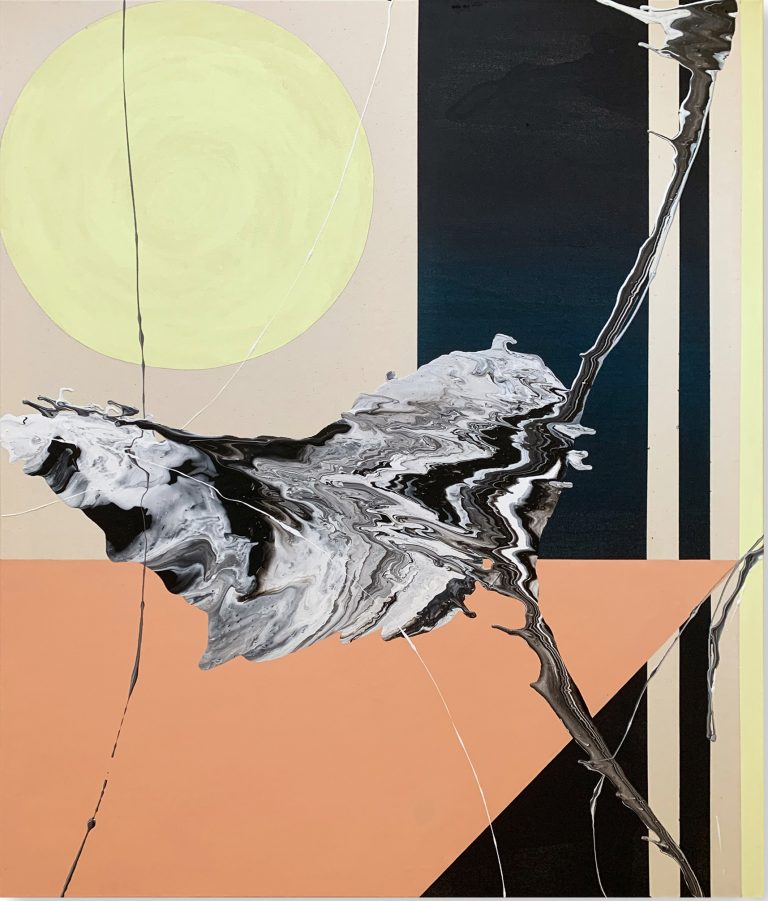 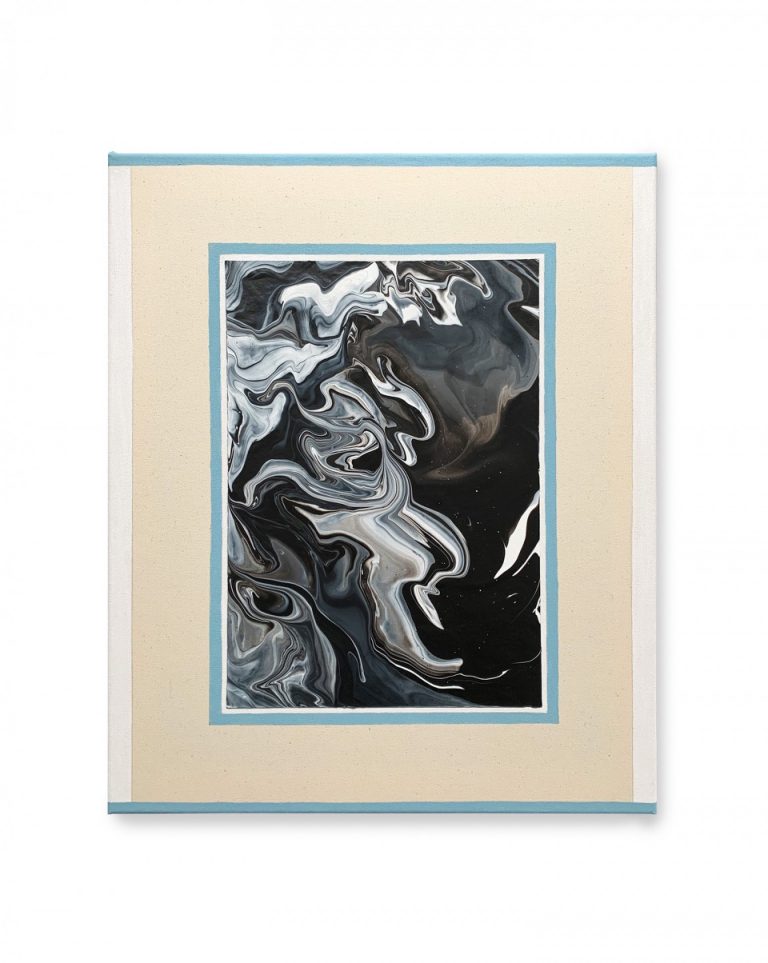 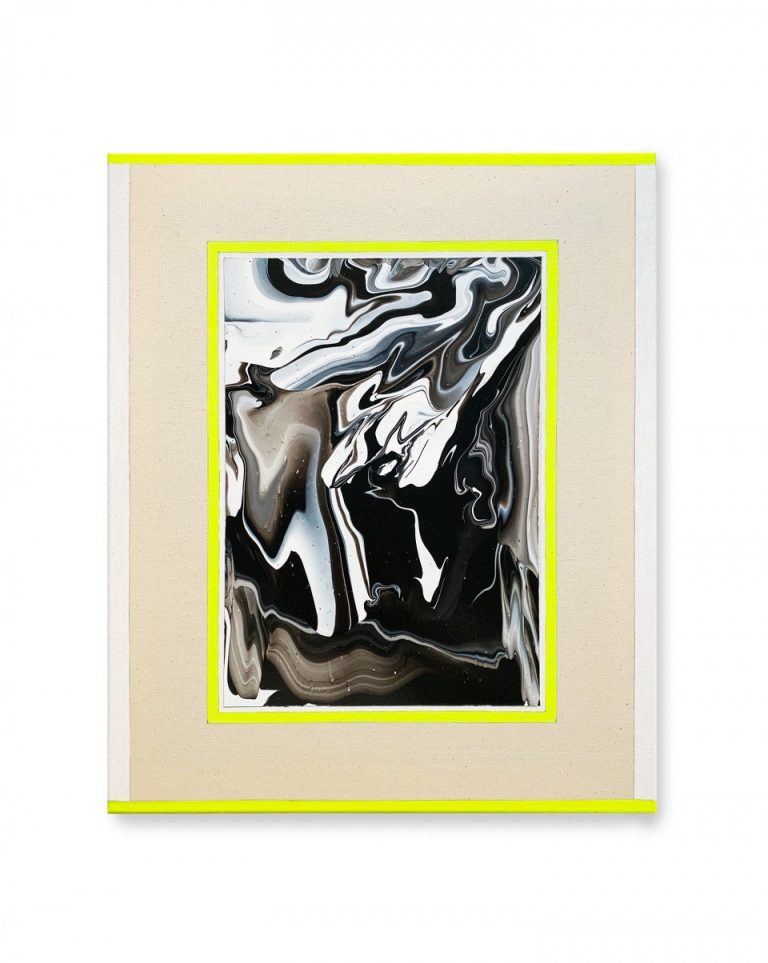 Ruscha Voormann was born in Flensburg in 1992 as the daughter of the graphic artist and musician Klaus Voormann. She grew up in Bernried at Lake Starnberg and has lived in Munich since 2010, where she is now studying with Gregor Hildebrandt at the Academy of Fine Arts. After initially working exclusively with figurative works and studying communication design, she developed a strong affinity for abstract painting in 2014, which has increasingly intensified and solidified. For Ruscha Voormann, abstraction means searching for a place of residence or refuge that every human being carries within him or herself and can access through certain sensory perceptions. 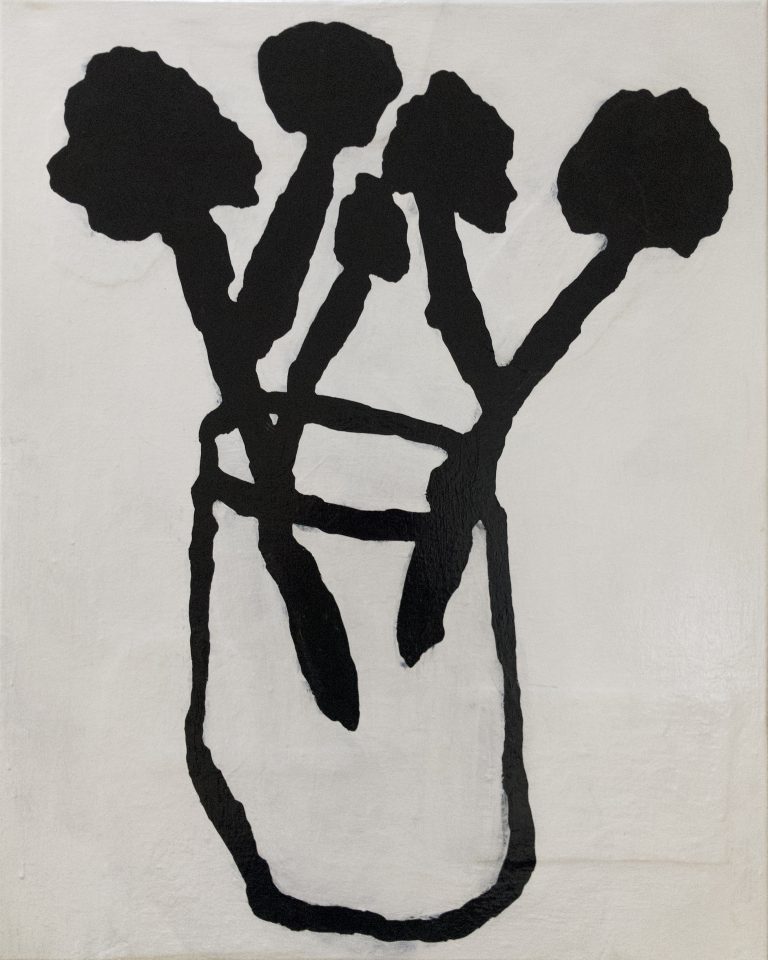 We are very pleased to invite you to the opening of the solo exhibition “Flowers” by US-American artist Donald Baechler in our Berlin gallery. There will be 35 paintings on display that bridge the gap from Baechler’s early works from the 1980s to his most recent artistic productions.

Donald Baechler was born in 1956 in Hartford, Connecticut and has – for almost four decades – been one of the most significant representatives of American Neo-Expressionism and Post-Pop Art. With clear, powerful lines and a focused and persevering formal language, he has developed an unmistakable independent painterly signature. 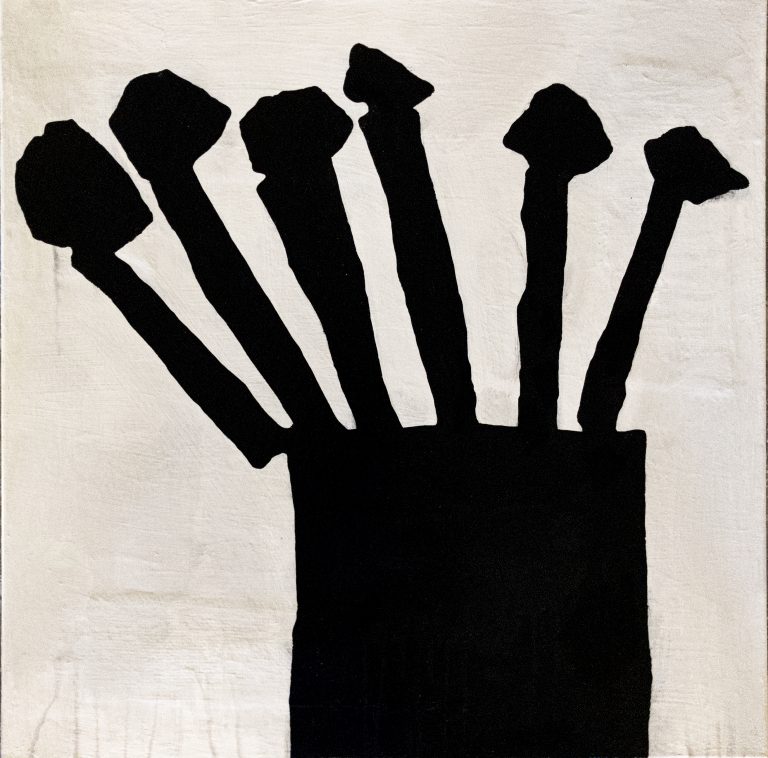 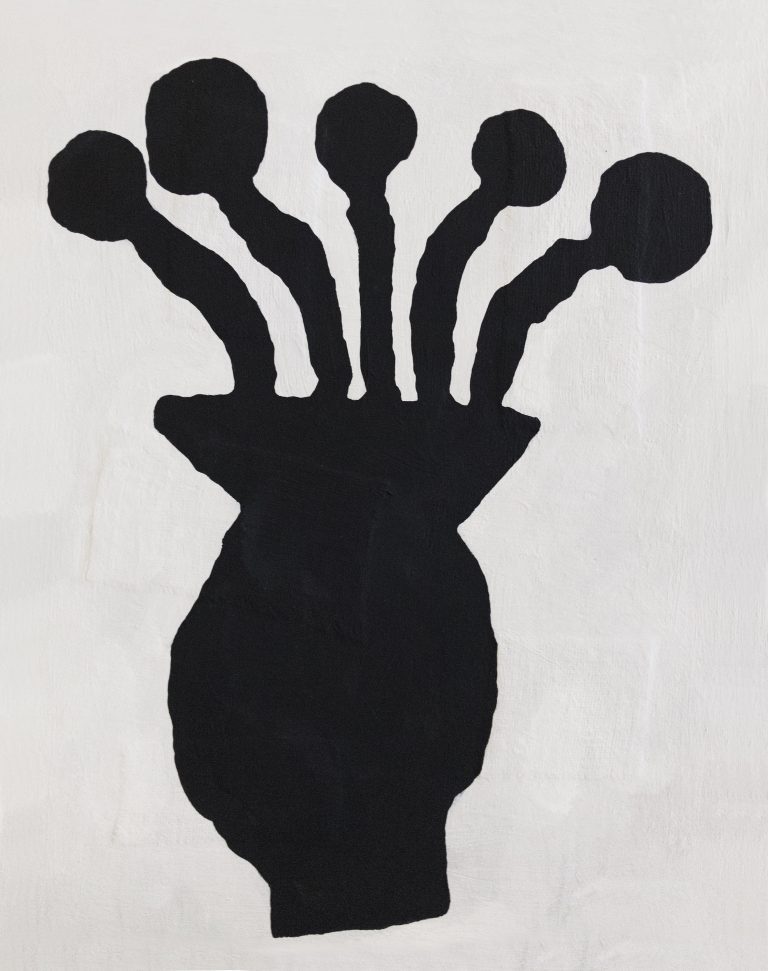 In his choice of motifs, he focuses on two subjects: Faces and heads on the one hand, and simple, everyday objects such as flowers, trees, vases, ice cream cones, balls or pots on the other. He reduces the images to their pure form and fixes these onto the canvas, thereby endowing them with iconographic character. While he simultaneously exaggerates and trivializes them, he also balances the ugly and the beautiful to produce an expression that lends the motifs a very special power of effect.

Galerie Crone first showed a solo exhibition by Donald Baechler in 1985. “Flowers” is a continuation of this exhibition: five works that were on view then are juxtaposed to his latest series of works. Illustrating the ways in which Baechler has remained true to his artistic intention and stylistics, the show also reflects the influences and changes he has impressively managed to take up and reflect over time 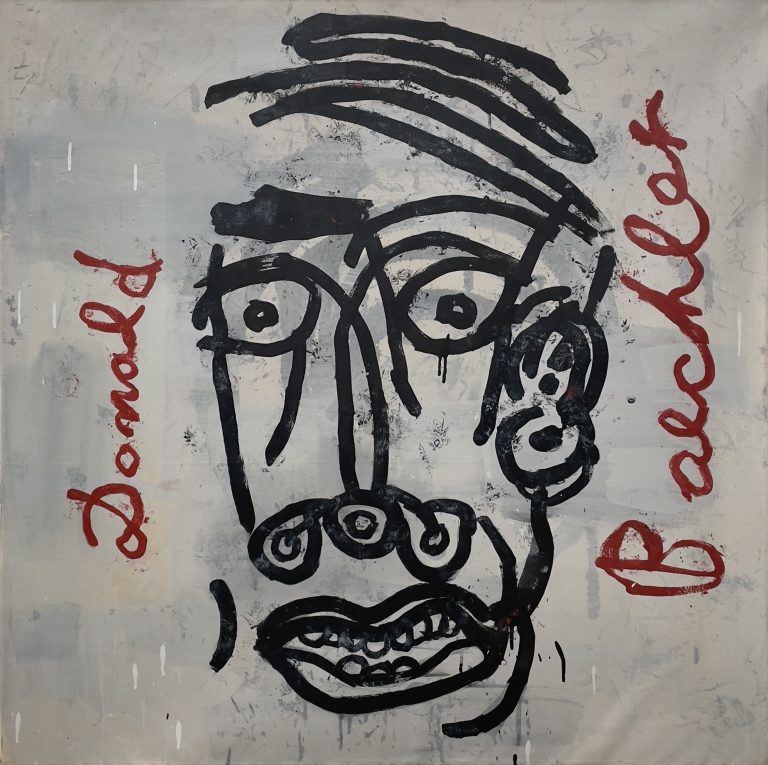 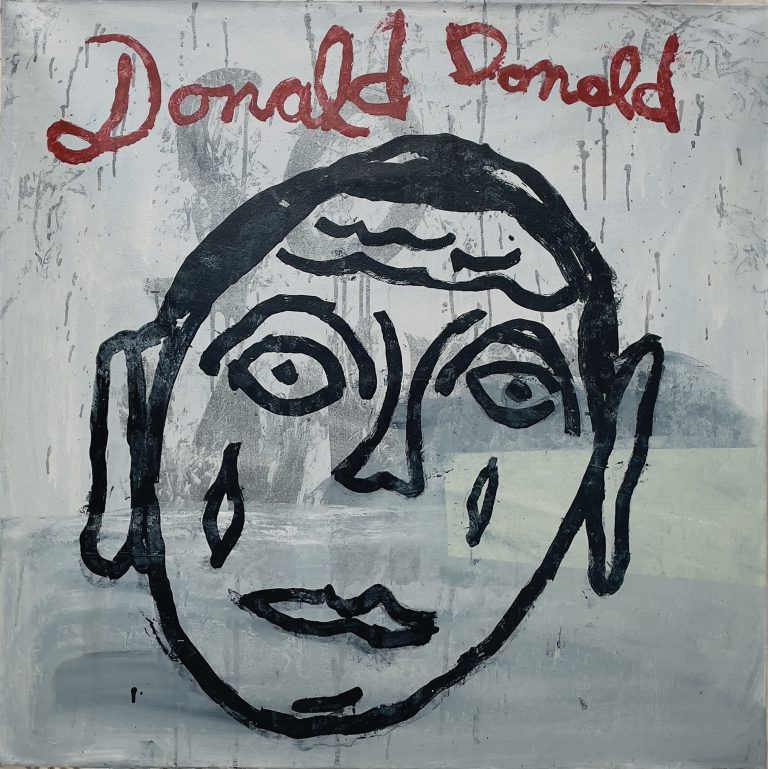 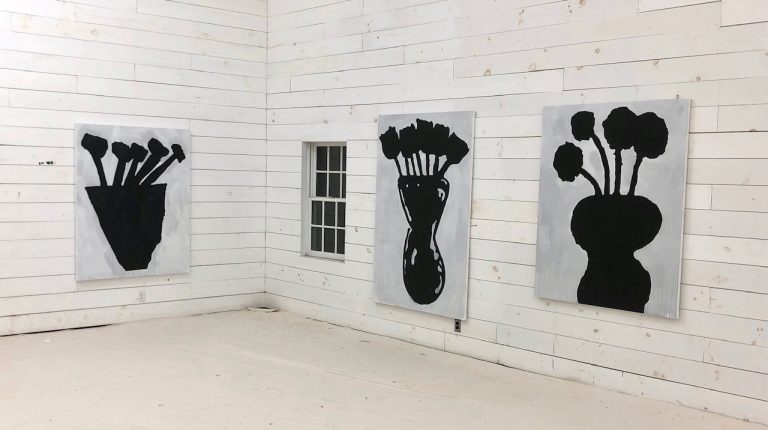