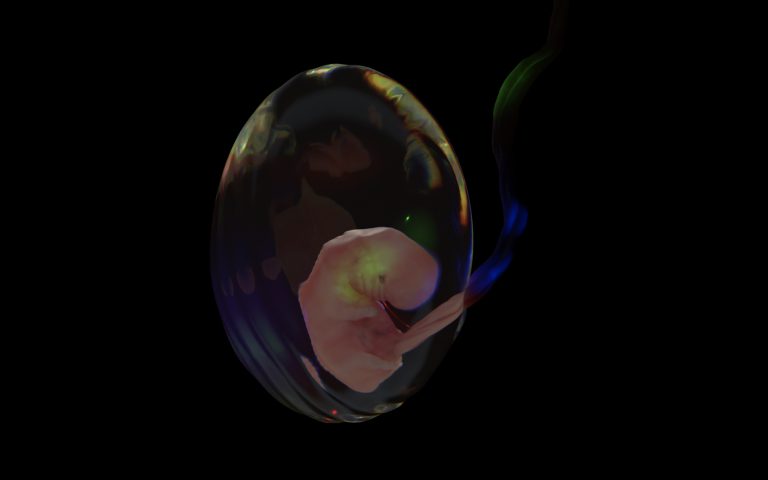 ChertLüdde is honored to present the first exhibition in the gallery context of Juan Antonio Olivares, born in 1988 in Puerto Rico to Colombian/Chilean parents, and currently based in New York.

The artist’s first solo exhibition in the gallery space after an initial presentation at Bungalow, Transference revolves around moments of joy, exhilaration, meditation, visions, or hallucination– probing the nature of social connection and intimate exchange, and, as the title suggests, projections of private ideas unto others. An ode to neurologist Oliver Sacks’ 1968 study of institutionalized patients in catatonic states, who were miraculously revived by the administration of L-dopa, the audio-visual installation links out of body experiences such as partying with acts of physical awakening.

The new videos will be presented through special holograms, a technology that embodies the holistic nature of storytelling.

They exist as mandalas, created in order to be destroyed, active only in the process through which they were made. Alive in distant,lost memories, they come to us as heaps of different, inseparable powders, eternally joined, simultaneously exhausted and accomplished. 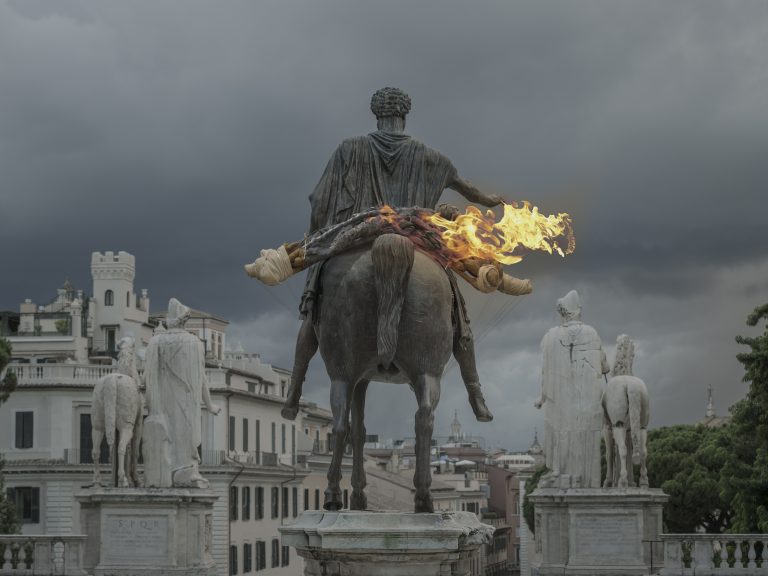 Following the belief that each individual is connected to their family tree and the psycho-mental universe of one’s ancestors, Ben Hamouda reflects upon her own roots, navigating her ancestral heritage through what she calls a shamanic process – creating works that become gestural exorcisms containing the urgency of expression.

​​“In Tunisia, the henna night is the night before a ceremony. For me as a child, it was a time of immersion in my family’s culture. Sadia, my father’s sister, would prepare the henna in a yellow plastic bowl, stained with the dark color of an orange pigment, which she had seen so many Henna Nights. When the mixture dried, she would take small portions and hold it in his mouth for a while, to rehydrate it with saliva, before pressing it into my palms. A hypnotic gesture that lasted for hours. During the night of henna, the tattooed limbs are wrapped in cotton bands or silk scarves to protect the contours of the design and the success of the color. Hands and feet, thus wrapped, must remain motionless without touching the ground throughout the night, after which the bands are removed from the feet and hands and the dried henna is rinsed off. What remains is the imprint of that initial dark, full-bodied paste, which will last for many weeks. The sculptures on display crystallize this moment, one night only, not touching the ground, wrapped in a mellow color, and a spicy smell.” 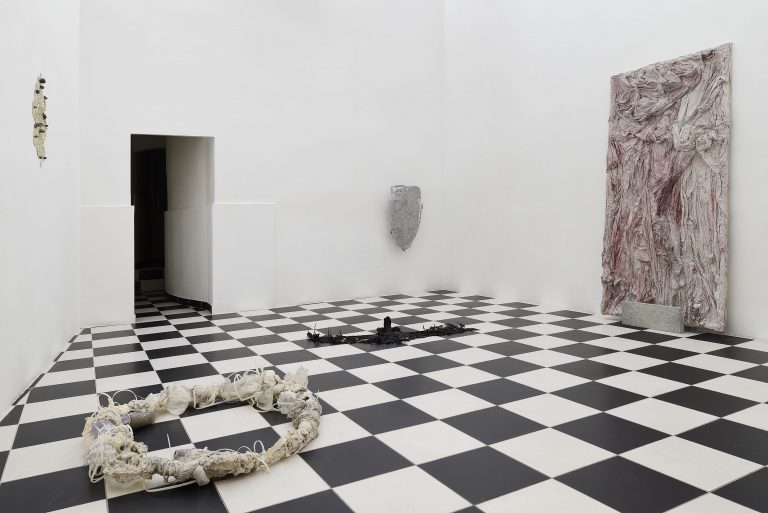 The works of Monia Ben Hamouda often appear in transition between one state and the other. Suspended by the use of materials that make its placement difficult, the works are combined in ambiguously organic assemblies. Her sculptural practice is characterized by a liquid and changeable approach, which sometimes guides the subject to the limit of autogenesis. The artist evokes symbols and icons thus accelerated or contaminated by the involvement of external forces to the erosion of their identity, now tumultuous and crystallized in apparent immobility. 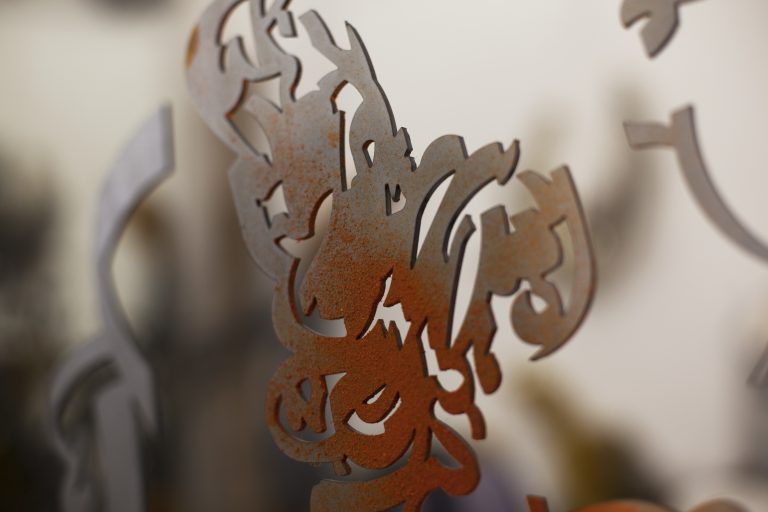 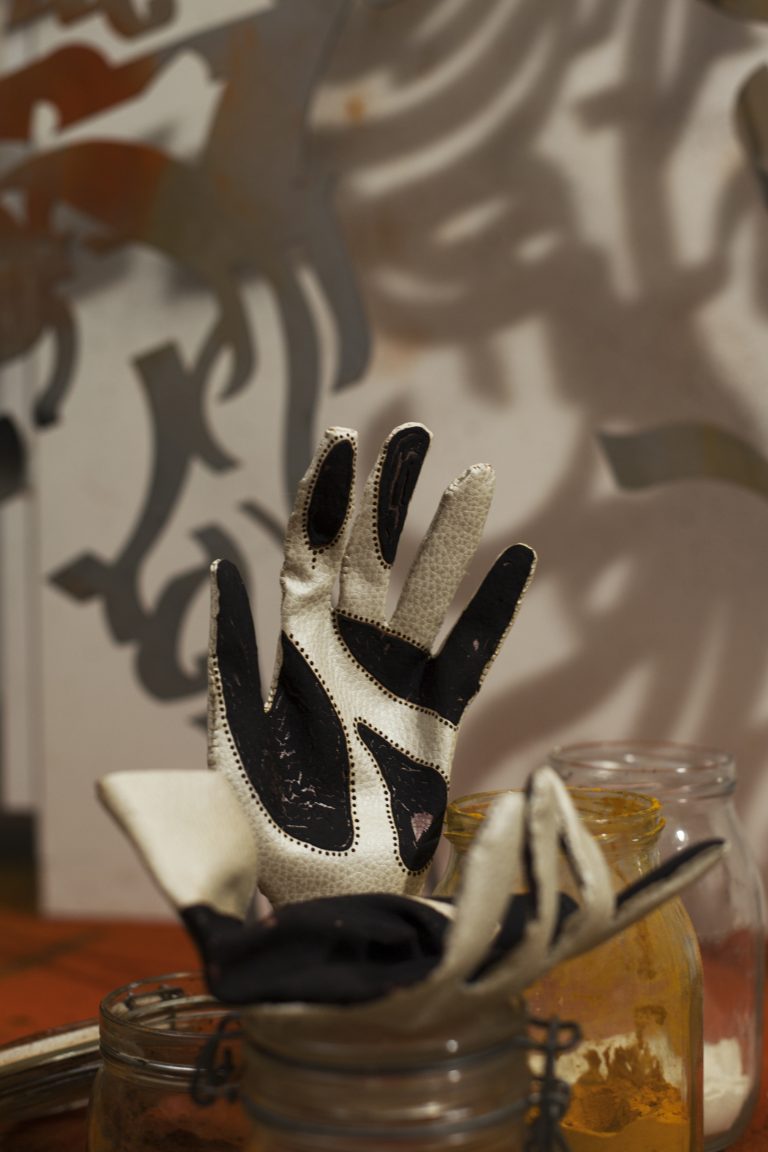 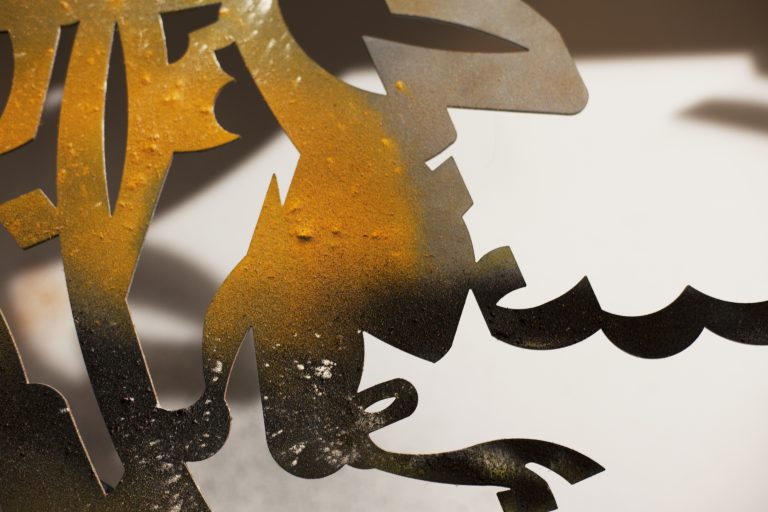 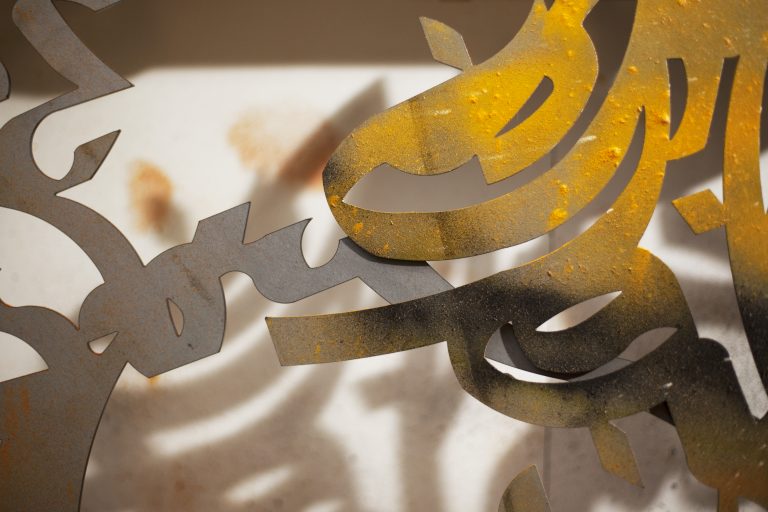 My artistic practice is mostly based on exploring the human condition, especially its oppressing and traumatic characters.Significantly inspired by calligraphy, which stands as an extended part of Arabic culture,
as well as on my own personal history, my works explore topics such  as socio-cultural identity, fatigue, anger, and politics.

The gallery is honored to present an exhibition dedicated to the remarkable works of Robert Rehfeldt, titled Denken sie jetzt bitte nicht an mich (Please do not think of me now).

The exhibition brings to the public an overview of paintings from the last years of the German artist, whose premature death in 1993 culminated his artistic venture as a prolific painter and engaged pioneer of the Mail Art movement.

Realized in collaboration with his family (artists Ruth Wolf-Rehfeldt and René Rehfeldt), the exhibition displays a series of paintings dating from the late eighties and early nineties, together with a selection of original etchings and materials related to his Mail Art activities. A critical text written by Constanze Fritzsch gives a historic introduction to this important and mainly overlooked artist from former East Germany.

Robert Rehfeldt was born January 5, 1931 in Stargard (Pomerania). After moving to Berlin in 1946 he worked as a designer and illustrator for the press media. At the beginning of the 1970s, he came into contact with the international Mail Art scene and soon succeeded in building an extensive network of contacts worldwide. Despite being widely known for his Mail Art activities, Rehfeldt was an incredibly eclectic and active painter, exemplified by the varied and singular work that remains today. 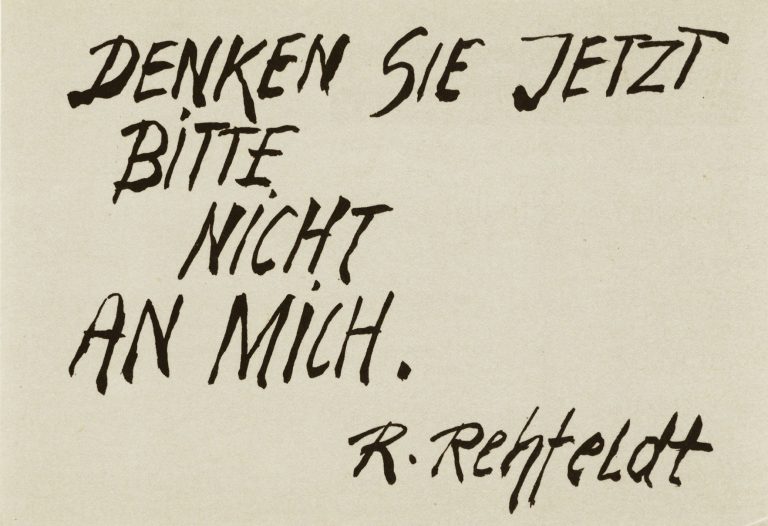