Hanwen Zhang on House of Nations by He Xiangyu 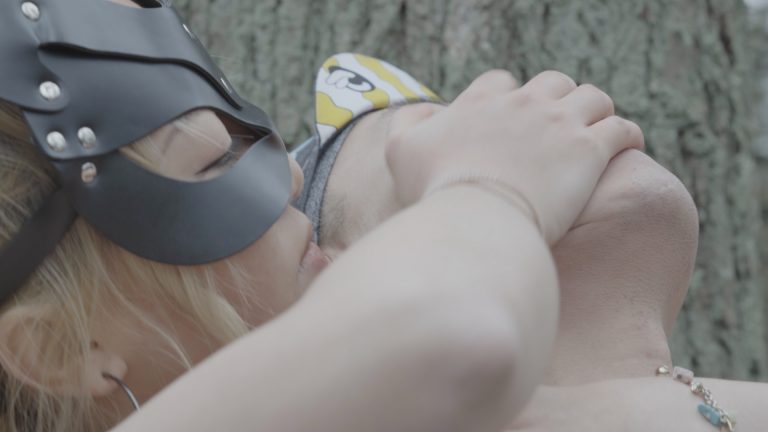 CCA Berlin is pleased to announce the opening of the exhibition House of Nations by He Xiangyu. House of Nations was commissioned by Fondazione In Between Art Film and premiered last week as part of their group exhibition Penumbra at the Venice Biennale 2022. This text by Hanwen Zhang introduces a conversation between the author and He Xiangyu that CCA Berlin will publish at the end of May.

House of Nations is a short film by artist He Xiangyu, shot in Berlin in the past couple of years. The film’s protagonist, a Chinese exchange student, is seen biking through the city, gathering with fellow students, and bathing in lakes alone amid the first pandemic-related global lockdown. His seemingly trivial and uneventful daily life is intermittently disrupted by close-ups of a heavy carpet, a flickering bonfire, hands rubbing together, and ambiguous interaction in the snow. At once intimate and voyeuristic, these scenes are carefully woven into a cinematic whole from which a narrative of alienation becomes more and more palpable.

House of Nations expands Xiangyu’s exploration into, and visual translation of, non-verbal forms of corporeal expression. Here, the artist is both a documentarian and a companion, as he captures and intervenes in the daily life of his protagonist; the handheld camera shots produce a sensuous tangibility to otherwise invisible affects traversing him. Throughout the film, one encounters many spatial settings: obscure urban spaces; living spaces divided by corridors, incandescent lights, and doors that need to be pushed open one after another; and natural spaces toned down by overexposure, though permeated with a sense of lightness, seemingly limitless and relaxing. Such spaces, and the varying illumination conditions they are subjected to, construct a metaphor for an environment that the individual is seemingly unable to either navigate or resist. 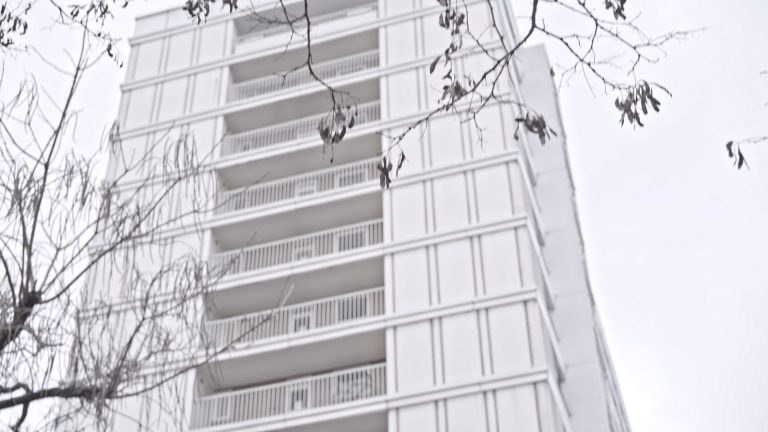 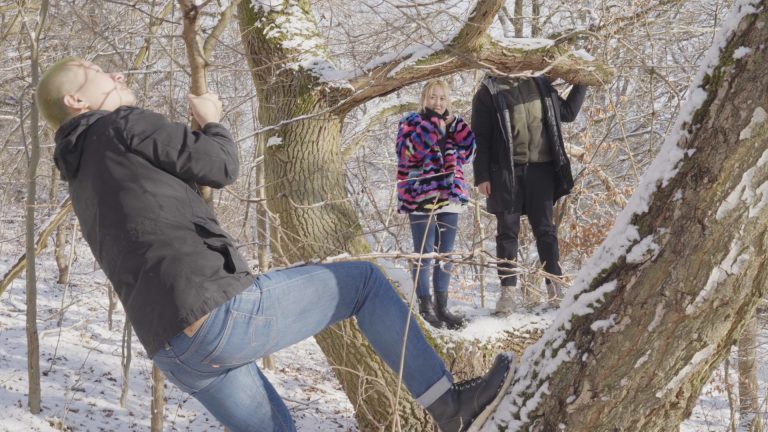 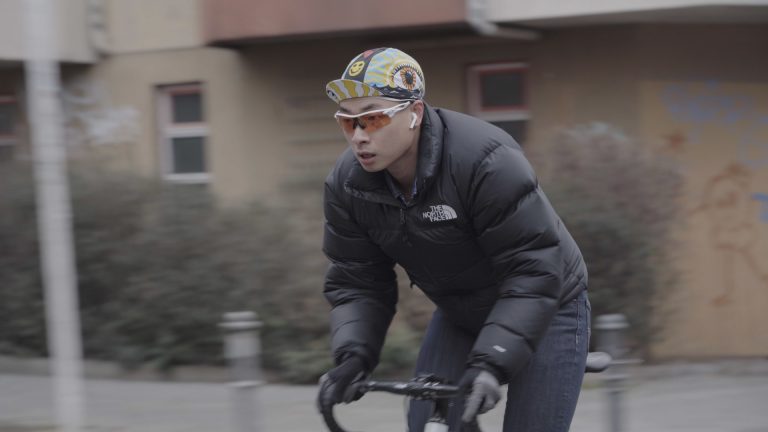 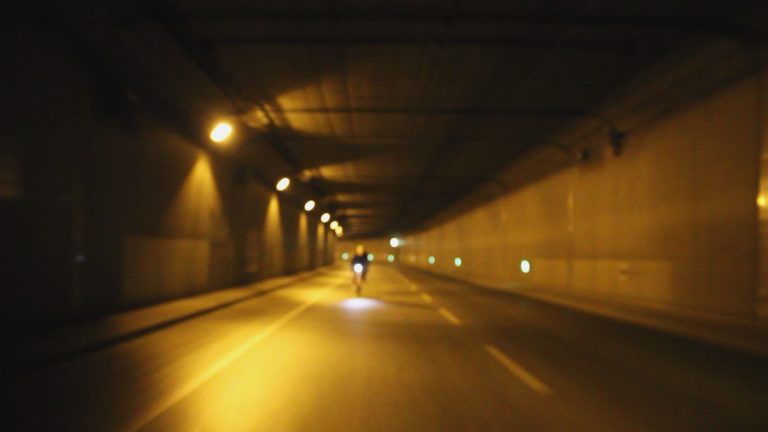 The film’s title is named after the student dormitory in Berlin-Wedding where the protagonist resides. The Chinese translation of “House of Nations” sounds rather rusty, and the plural form of nation does not even exist in the Chinese language. Therefore, those who read the language will encounter a translation of the title on screen that reads “the nation’s house” which, in actuality, adds an oddity to the term itself and blurs the mention of this temporary community of Asian students inhabiting the dormitory.

The film was shot in Europe during the Covid-19 pandemic, a period when the exclusion and racial targeting of Asian communities unfolded in their extreme form. The protagonist’s experience in Berlin, marked by his anxiety over an uncertain future, and his powerlessness to resist isolation and segregation, mirrors that of various migrant communities.

Compared to Xiangyu’s other film and video works, House of Nations is distinctly raw, analog, and spontaneous. But numerous parallels can be made, and particularly the exploration of rhythm also observed in his earlier work Terminal 3 (2016–19). The filmmaker and theorist Trinh T. Minh-ha wrote: “Rhythm marks one’s experience of film, (…) one is above all working with rhythm.[1] According to Trinh, the relationship between each component of the sound and image is determined non-verbally by rhythm. Rhythm conveys an experience of multiplicity between hearing and seeing, whereby the text is neither ruled by the image, nor is the image mediated by the text. Therefore, such experience can shift the otherwise static nature of one’s perception of people and events.

This film can also be seen as a cinematic portrait. The almost speechless performance of the protagonist echoes a series of recent sculptures by the artist that resemble private monuments and depict one-to-one representations of his closest friends. The artist’s pursuit of materials in making these sculptures reveals an obsession with interiority and invisibility. For example, in his material experiments for Asian Boy (2019-20), a sculpture of a preadolescent boy opening a can of soda, the artist does not foreground his process with a visual referent, but rather through quietness, which relates to sound and hearing. The seemingly misplaced perception of “seeing sounds, hearing images” in fact breaks down the dichotomy between seeing and hearing, creating the possibility for renewed modes of communication.