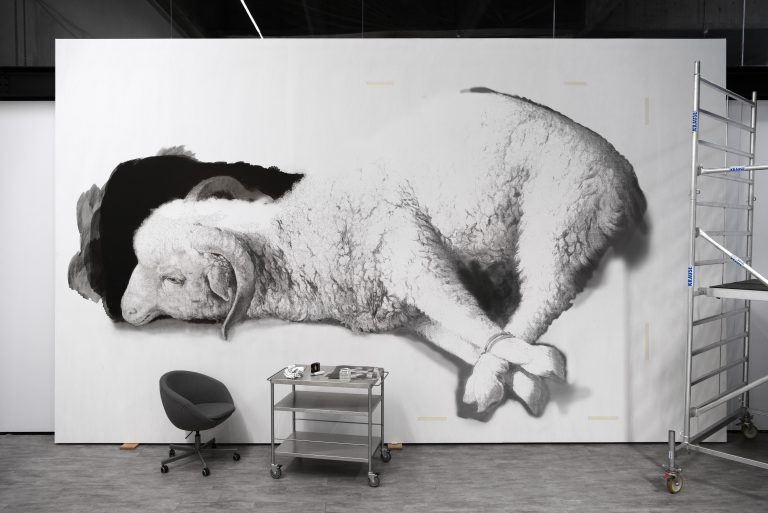 carlier | gebauer is pleased to announce the second solo exhibition of Serbian artist Jelena Bulajic with the gallery.

Jelena Bulajic’s multi-media paintings both emerge from and induce states of immersion. Her approach mirrors Antoni Tapies’ claim that “to achieve contact with reality is not to transport oneself elsewhere, it is not transcendence but thorough immersion in one’s surroundings.” The reality that Tapies describes is neither purely physical nor metaphysical, but both at once. The subjects of Bulajic’s paintings emerge from people, scenes, or objects viewed in her day-to-day life. When the artist began making the meticulously detailed large-scale portraiture that she is best known for, she found her subjects almost as if through a magnetic pull. A facial feature or expression compelled her to come closer, to linger on their face—an intuitive and affective operation reflected in the outsize proportions of many of her works and the emphasis that she places on surface.

An immersive experience takes you over—you do not sense it, but through it. The state of immersion connotes a certain tactility, perhaps a tingling in the skin or hairs raising on the back of the neck. Spanning up to 3,5 meters in height, Bulajic’s paintings enfold the viewer within a rich interplay of surfaces and textures. To create the skin-like surfaces of her paintings, she uses a distinct combination of materials, which she often collects and produces herself such as mixtures of marble dust, ground granite, limestone, kaoline, shells, and lava. In her most recent paintings, Bulajic moves beyond the human visage to home in on other works of art. Yet despite this shift in subject matter, a similar impulse propels the new works: a state of absorption in or enchantment with what she has just seen. The central work in the exhibition is a massive homage to 17th century Spanish painter Francisco de Zurbarán’s painting Agnus Dei, which Bulajic saw on a recent visit to the Museo Del Prado. Depicting a live lamb with bound feet, the work blurs the boundary between still life and religious iconographic painting. Yet for Bulajic, the material is much more important than the actual subject matter. In the works assembled in her current exhibition, which reference existing works by de Zurbarán, Bernini, and Wolfgang Tillmans the true subject are the surfaces of the works—their cracks, lines, and marks of age. 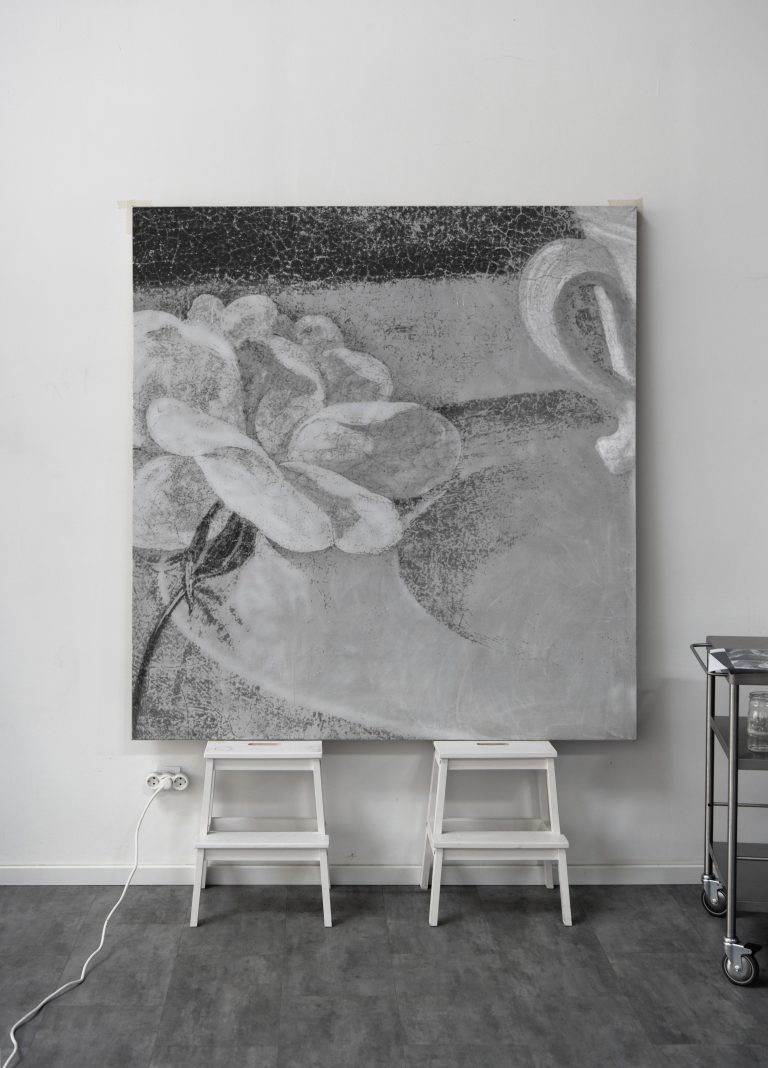 Jelena Bulajic (b. 1990 Vrbas, Serbia) received her BA in Visual Art from the Academy of Arts at the University of Novi Sad, Serbia. She went on the complete an MA at the City & Guilds of the London Art School and has exhibited internationally in London, Serbia, Germany, the U.S. and Scotland. Accolades include the GAM MA Fine Art Prize, City & Guilds of London Art School (2013), the Niš Art Foundation Award (2013), the Elizabeth Greenshields Foundation Grant (2012), and the Grand Diploma for Drawing, XIV INTERBIFEP (2011), among others. Her works can be found in the collections of The Saatchi Gallery and the Serbian Academy of Sciences and Arts. Bulajic lives and works in Belgrade, Serbia. 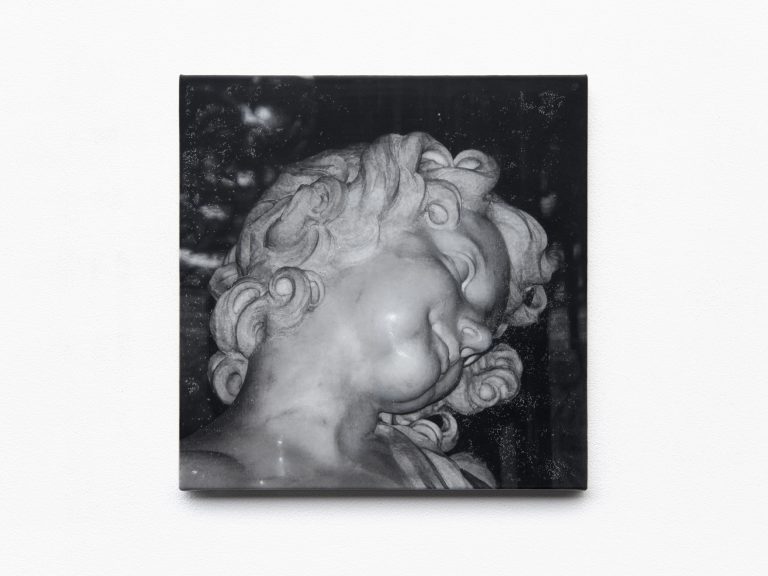