Zero
We begin as idiots. Barely part of it, we take nothing in this brand-new world for granted. We receive everything as a question—a curiosity of sound, touch and taste. The world hums and vibrates, sings, talks in languages not yet our own. It is big and it is unknown. And here we are, entering into this humming from zero degrees of power, arriving from a point of pure equality before morality, before accumulation, before the degradation of our simplicity. 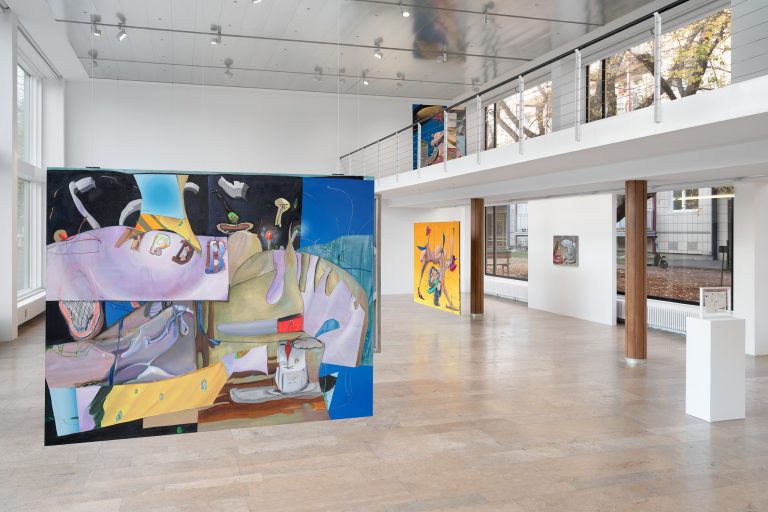 Power
How to survive this degradation, and what about foolish power? Not knowing is risky; it goes against knowledge. But a King’s Fool must be anything but foolish while impeccably performing foolishness. Whether a wit, a jester, and/or a natural fool (which is to say: a person of divergent abilities or appearance, who has excelled at turning their endurance of others’ chosen narrowness into an art), these creatives dismantle knowledge and transform it without fully denaturing our delicate logic. The royal fools give orders to emperors by trading in laughing truths that lean heavily on inference and context, where the implicit obliqueness of meaning protects the fool from explicit material repercussions. And so we are soothed: as we laugh or cry from such foolishness, our vibrating bodies jiggles our vagus nerve, and our nervous system calms itself. Mirthfully, these fools ensure their own survival: well fed, well clothed, well kept at court. (Jane the Fool thrived upon such employment, serving Anne Boleyn, Henry VIII’s second queen; Princess Mary, his daughter; and Katherine Parr, his sixth and last queen. Court records show that Jane was richly clothed at the court’s expense, with eight payments of four pence a time for the “shaving of Jane fool’s head”.) 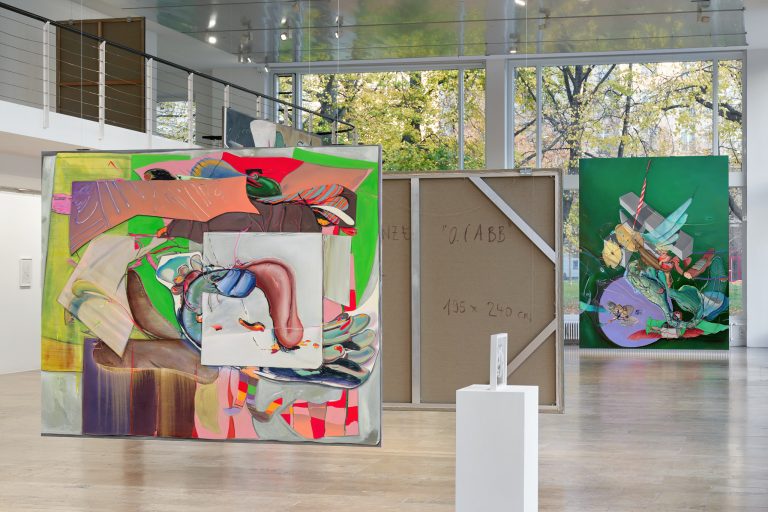 Aleph
Not-knowing is crucial to art. It allows art to unfold. All directions, all colours, all movements and meditations of the mind provide the basis for fabulous invention. A writer writes: “Let us suppose that someone is writing a story. From the world of conventional signs he takes an azalea bush, plants it in a pleasant park. He takes a gold pocket watch from the world of conventional signs and places it under the azalea bush. He takes from the same rich source a handsome thief and a chastity belt, places the thief in the chastity belt and lays him tenderly under the azalea, not neglecting to wind the gold pocket watch so that its ticking will, at length, awaken the now-sleeping thief. From the Sarah Lawrence campus he borrows a pair of seniors, Jacqueline and Jemima, and sets them to walking in the vicinity of the azalea bush and the handsome, chaste thief. Jacqueline and Jemima have just failed the Graduate Record Examination and are cursing God in colorful Sarah Lawrence language. What happens next? Of course, I don’t know.” 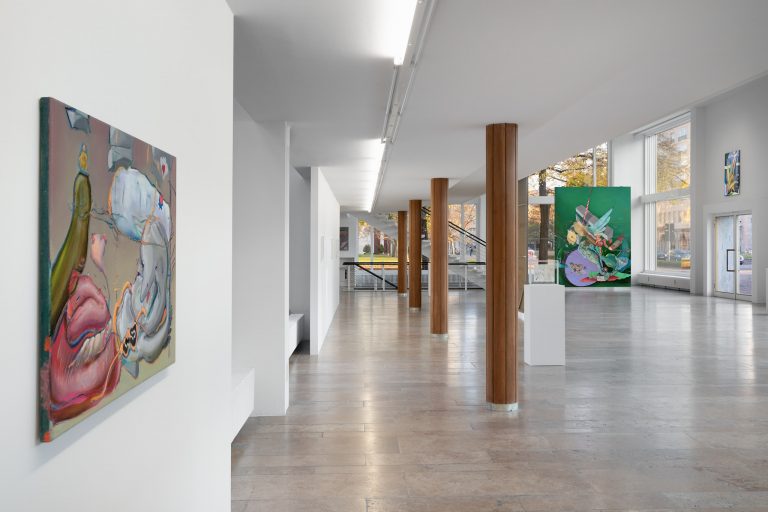 See
The art of foolishness requires an audience. It cannot happen in secret; it needs to be seen and heard. And yet the very quality of foolishness (as ignorance, as innocence) cannot be perceived in the immediate moment of lived experience; it must be witnessed from a distance—either from a higher vantage point (status, intellect) or a temporal one (hindsight). Tellingly, then, perception of innocence is confession of experience. Seeing the fool is to, at the very least, admit to having been one and assert the belief that you have escaped the condition, put distance between yourself and your own historic foolishness. Escaped, perhaps. But for how long? 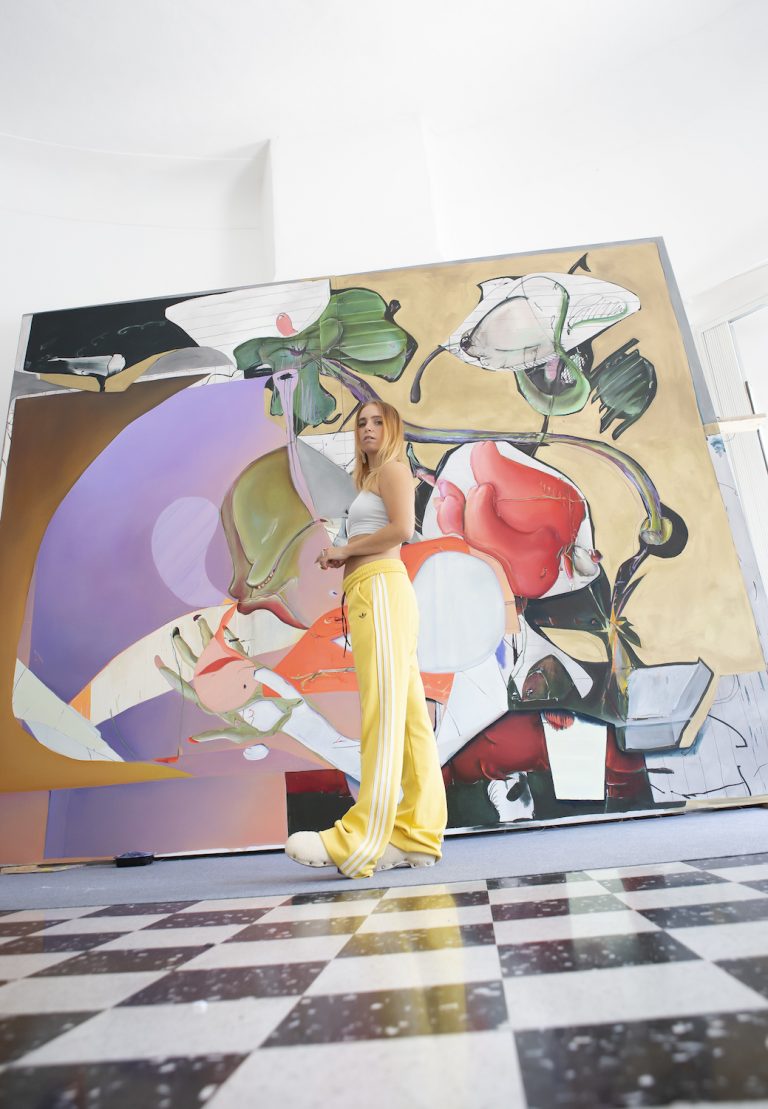 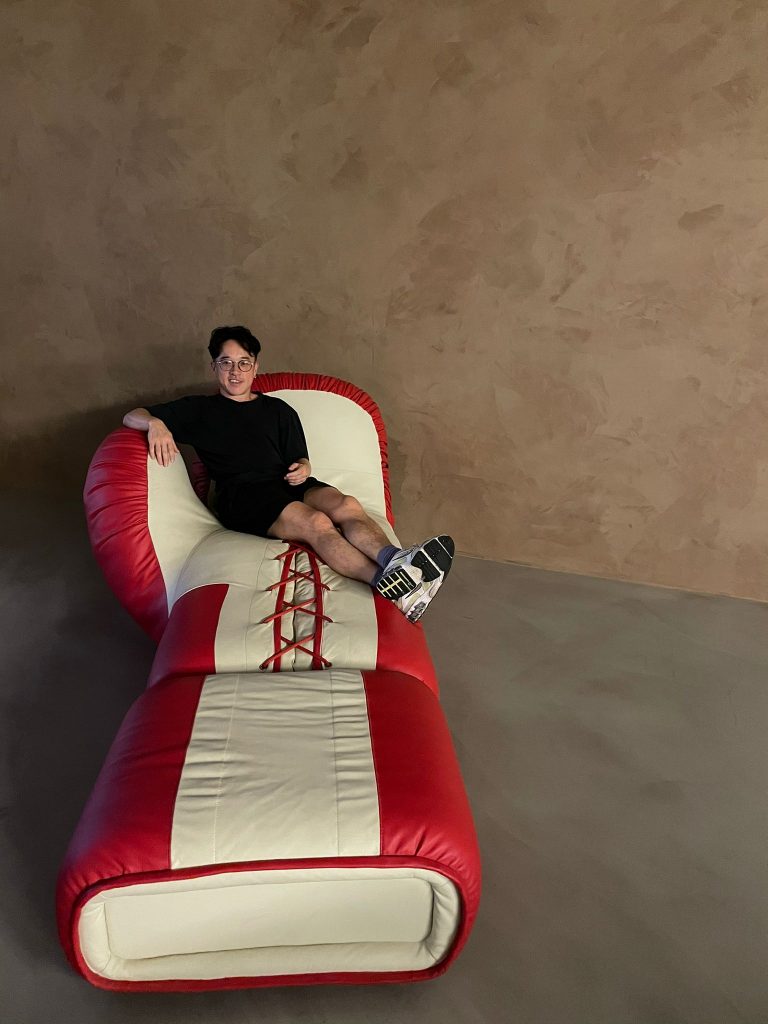 Stefanie Heinze (b. 1987 in Berlin) combines surreal figurations and obscure forms to create intimate visual worlds in which the viewer is immersed. Everyday objects and animal-like figures merge into fantastical, colorful forms that give her paintings their characteristic transformative energy. She lives and works in Berlin.