Galerie Buchholz is pleased to announce a new solo exhibition on the work of Martin Wong (1946-1999). While our first exhibition in 2010 focused on Martin Wong’s years in New York, this new exhibition presents early work that the artist produced in the Bay Area between 1967 and 1978, including his seminal ceramic sculptures.

Martin Wong was born in Portland, Oregon and grew up in San Francisco’s Chinatown. After graduating high school in San Francisco, he first studied architecture at the University of California at Berkeley for a year, and then moved on to live in Eureka and study ceramics at Humboldt State University in Arcata. His study of ceramics would exert an immense influence on his practice as a painter, particularly on his palette (with its earth reds, burnt siennas, ochers, and umbers) and his deep feeling for materials. In 1968 Wong graduated from Humboldt State University and supported himself financially as the “Human Instamatic”, selling sketches and portraits in the streets of Eureka. After traveling to the Middle East and Asia to work with local ceramicists in 1970, Wong completed a year of graduate studies in ceramics at Mills College in Oakland, California in 1971. 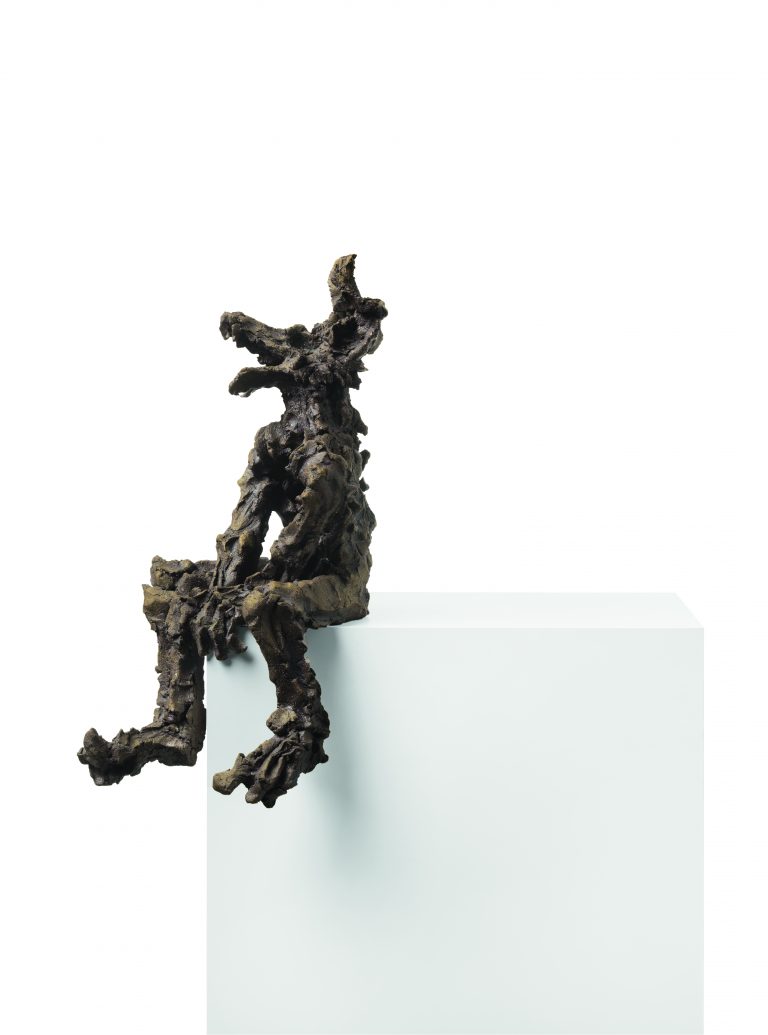 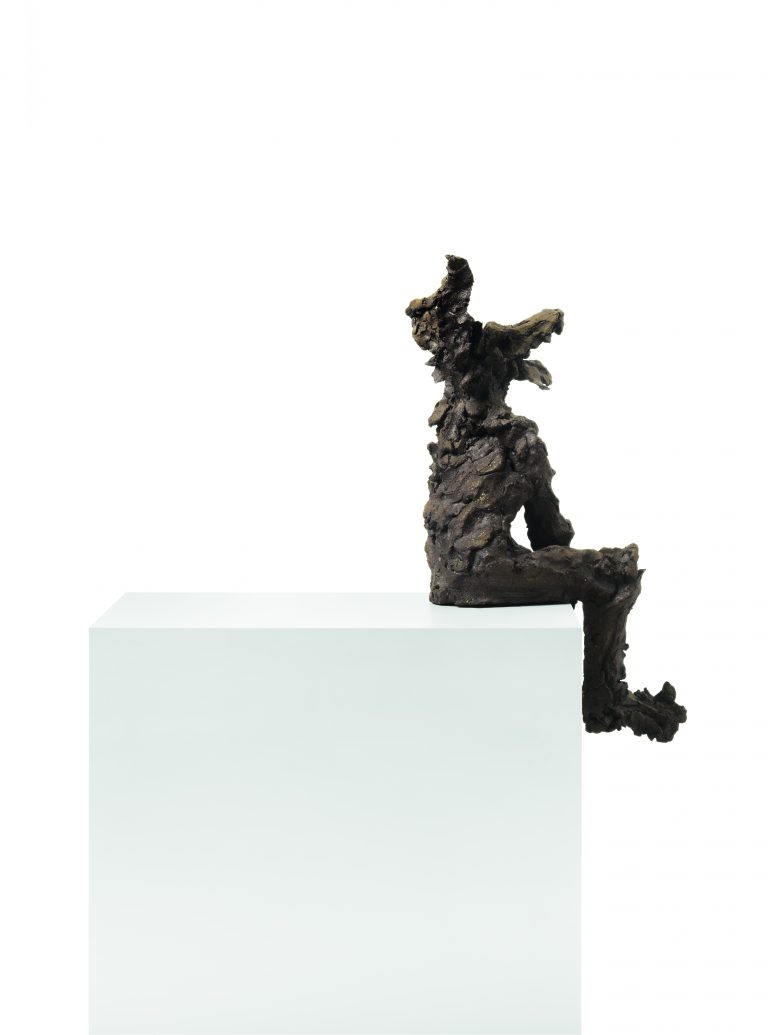 Concurrent with his ceramics, Martin Wong developed a practice around calligraphy starting in the late 1960s, foreshadowing his lifelong interest in poetry, graffiti, and sign-language. At this time, Wong made a personalized Chinese seal for stamping his works on paper that translates as “Dream Fungus”.

As Sergio Bessa wrote in the catalogue for his survey exhibition on Martin Wong “Human Instamatic”, 2015 at the Bronx Museum, New York:

“How Wong was able to participate in that pivotal moment in American culture can better be described as an act of translation through which he seamlessly merged his Asian heritage with the language of the American ’white middle-class’. One can first witness Wong’s impetus toward this merging in the copious writings that he produced around the time, rendered in sleek calligraphic style, and often drafted on long rice paper scrolls. For Wong’s poems from this period are his closest attempts to an art hybrid that conveys both his Asian roots and an unmistakable American swagger. Wong’s scrolls seduce with their dazzling visual abstraction that resemble a foreboding and mysterious script. At close inspection, however, we discover that the script is stream of consciousness writings registering his experience of what was going on around him. The text inflection is decidedly beat, freewheeling, and possibly influenced by the Bay Area poetry scene surrounding Lawrence Ferlinghetti and his City Lights bookstore. But ultimately, Wong’s writing ought to be considered on its own terms, and as a product of his own generation; one that couldn’t have been possible a decade earlier.” 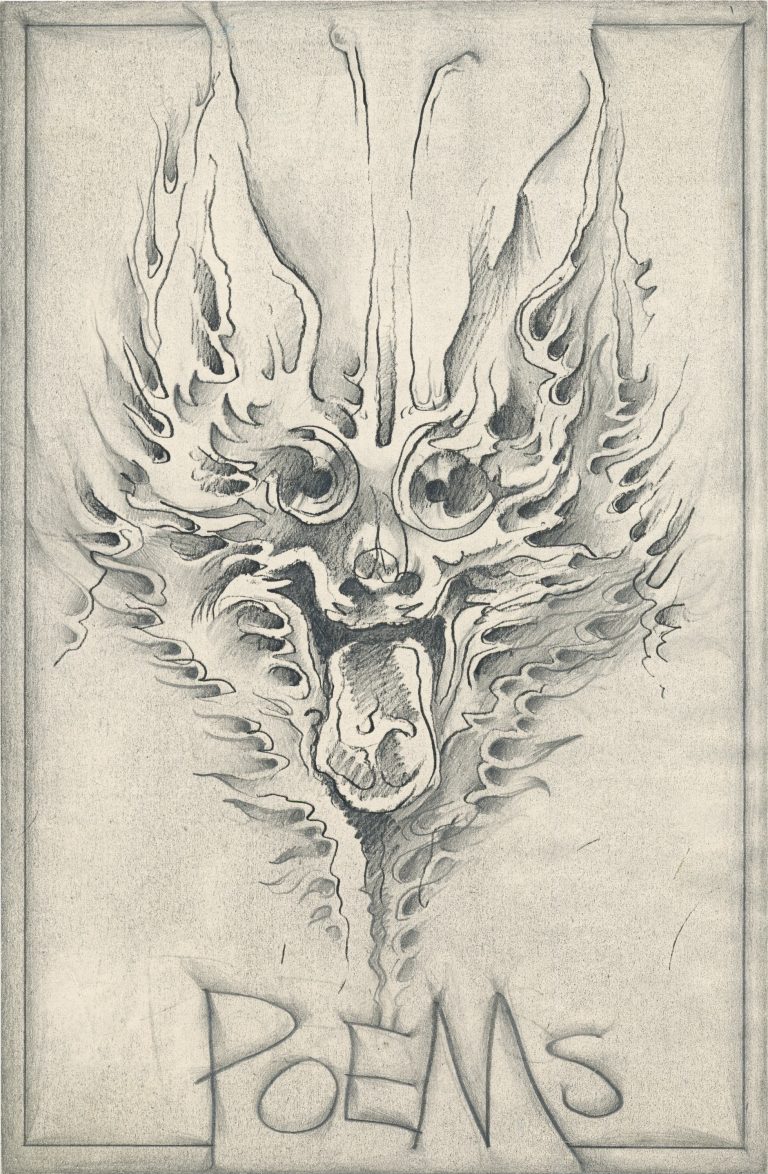 In 1969 the Cockettes theater troupe was founded in San Francisco by performer Hibiscus (George Harris), for whom Martin Wong designed announcements and posters. When Hibiscus left the Cockettes in 1971 and

formed the Angels of Light, Wong became an active member of this group while splitting his time between Eureka and San Francisco, before leaving the Bay Area for New York in 1978.

“Martin Victor Wong. ’Human Instamatic, IMUUR2’. Self-dubbed Martin ’Genghis’ Wong. Self-styled vamping cowboy dandy. Wong had taken all the art courses available at Humboldt State University in Eureka, California, in order to gain insight into every medium, but he settled on ceramics as his principle means. After college, he got involved in San Francisco’s performance art groups, creating backdrops and props for the Angels of Light and graphics for the Cockettes. Wong moved to New York in 1978 to make his fortune as an artist. There, his performative inclination relocated to personal style. Self-assured, casual, and eye-catching, he typically dressed in cowboy garb – jeans and a cowboy shirt on top of a second shirt and a tie, a vest, western boots, and a leather jacket. Wong gave up ceramics and devoted himself to inventing painting techniques that would allow him to authentically evoke his surroundings.”