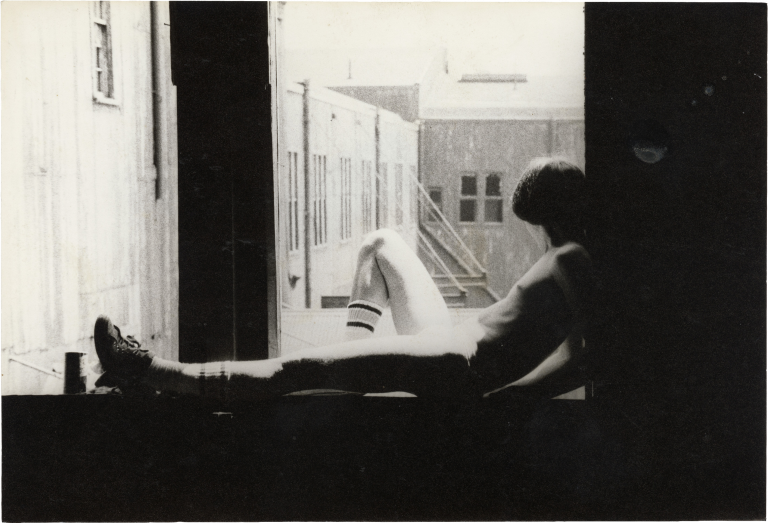 The photographs of Alvin Baltrop (1948-2004) were virtually unknown during the artist’s lifetime. A working-class African American, many of whose photographs are sexually explicit, Baltrop encountered only rejection. In the past decade his work has belatedly begun to be exhibited, including the Bronx Museum of the Arts, MoMA/PS1 in New York City, and Third Streaming in New York, the Reina Sofia in Madrid, and the Contemporary Art Museum, Houston. By far the largest cache of Baltrop’s extant photographs depicts the scene at the dilapidated Hudson River piers adjacent to Greenwich Village and the Meat Packing District. During the 1970s and into the 1980s, when Baltrop photographed there, the piers were a site of pleasure and danger for men seeking sex, sunbathing, making a provisional home, or just hanging out and taking in the splendor of the industrial ruins. More nefarious deeds also took place: theft, gay-bashing, even murder. 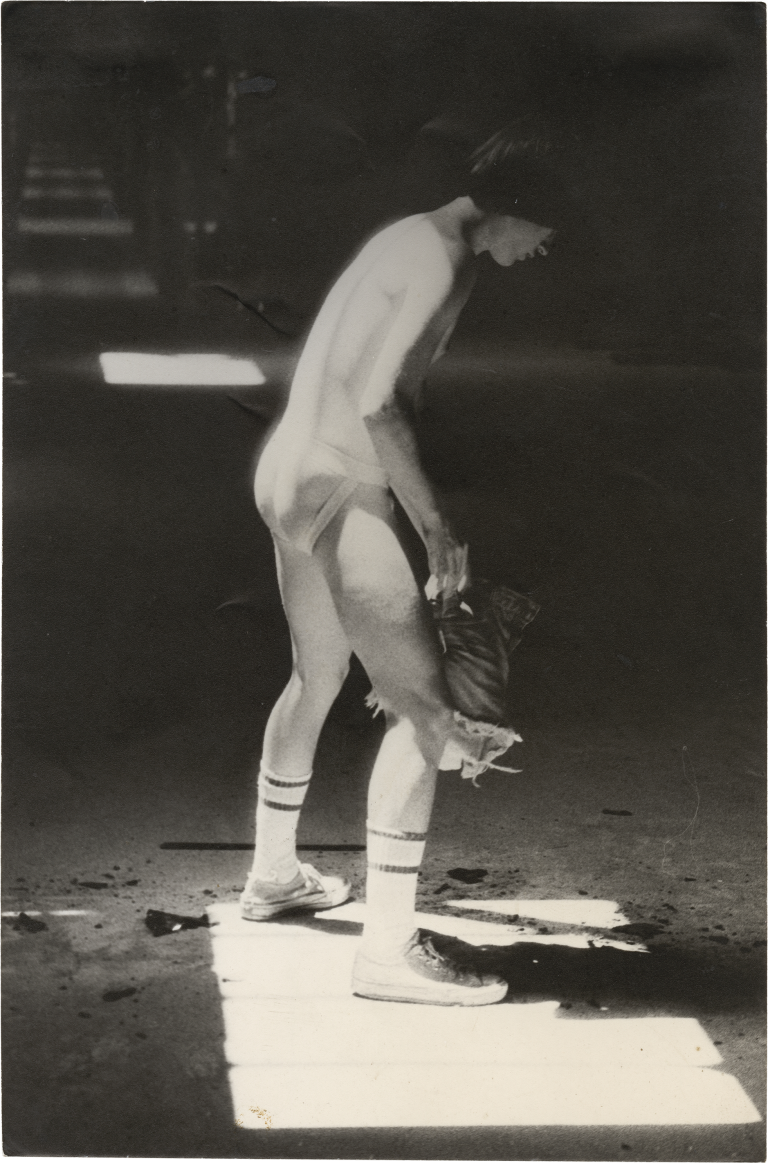 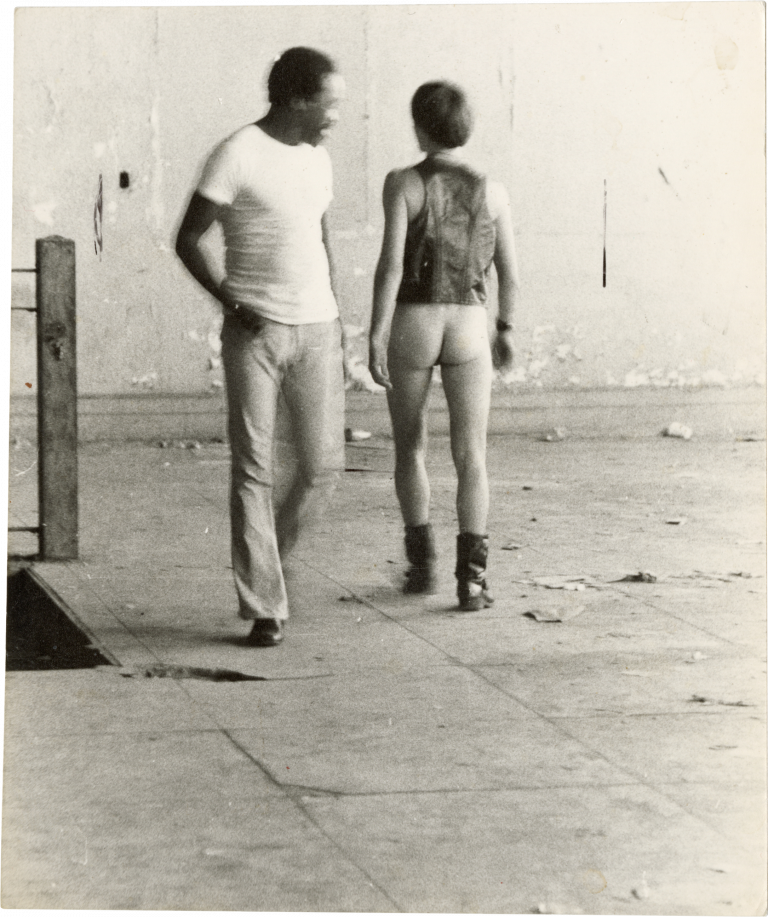 Baltrop claimed to be terrified of the place initially, but also intrigued; he began taking photographs, he said, as a voyeur. Eventually he became a denizen of the piers, at times living nearby in his moving van, which also provided his source of income. His rapport with certain of the pier’s users is clear enough in the straightforward portraits he made there, and is even clearer in photographs of men removing their clothes to pose for Baltrop. Some photographs are so intimate as to suggest that the sex they depict is staged for his camera – or, indeed, that photographing was part of the action.

Baltrop seems to have wanted above all to portray the environment in which these activities took place, the piers themselves. Sometimes you have to look closely even to locate people within the disintegrating remains of the pier sheds, much less see what they’re up to; and in any case they might simply be sitting on a window ledge or standing on a mooring. Or, more disquieting, they might be prone bodies covered with blankets, presumably sleeping. In many cases, there are no figures at all; Baltrop’s subject is simply the architecture in its vastness and melancholy. 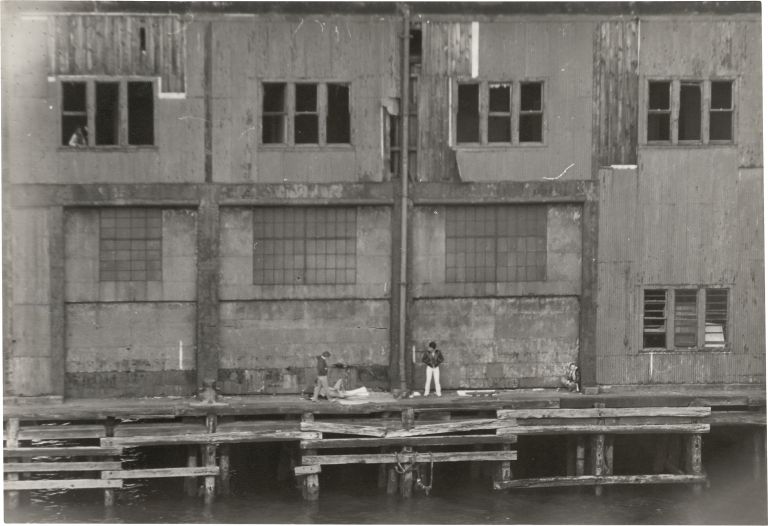 Baltrop printed the majority of his photographs small, no more than 5 x 7 inches (approx. 13 x 18 cm), although he printed a few images considerably larger. There are variant sizes and crops of a few pictures. Because of the small size and density of information in many of the photographs, especially those of one pier taken from the distance of another, adjacent pier, you have to get very close to the picture to really see it. It has been noted that Baltrop’s pier photographs constitute a significant record of a lost era of New York industrial landscape and gay culture’s pre-AIDS history. There is truth in that view, but it suggests that Baltrop’s project was essentially documentary in nature, whereas the intimacy of the pictures, their studied compositions, their attention to the play of light and shadow testify to a wider ambition. 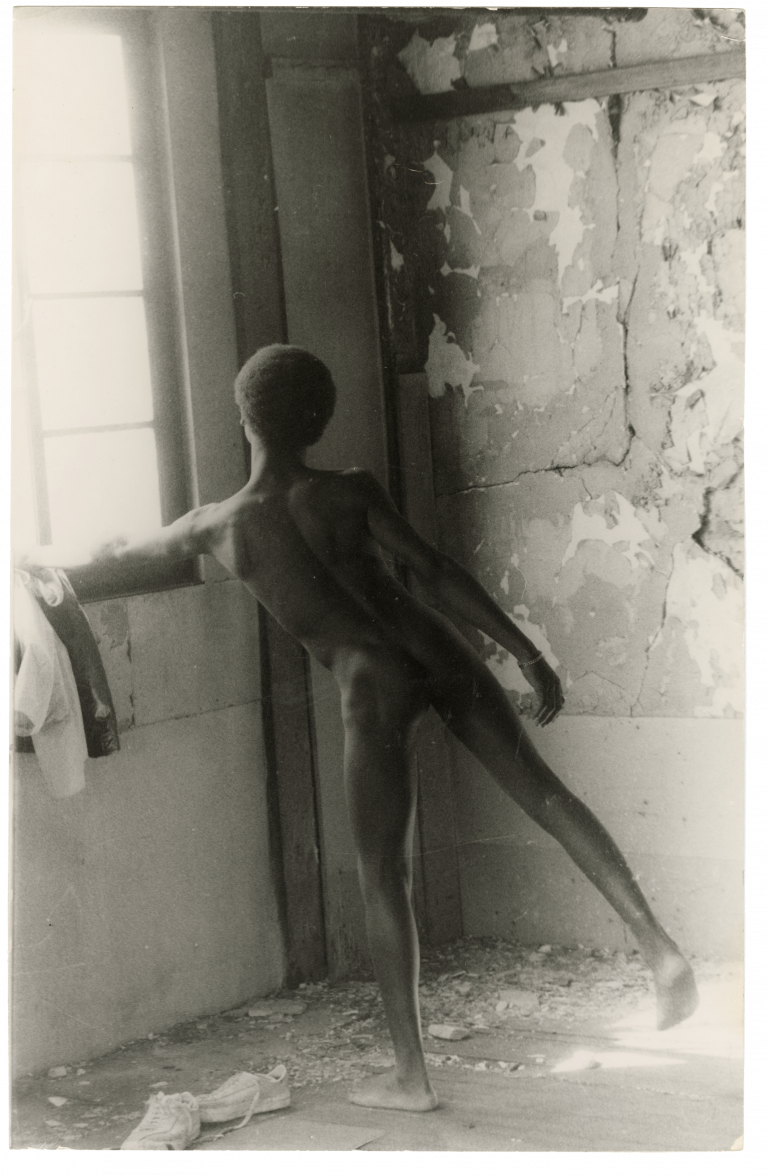