Giuseppe Desiato
Like the quietness of flowers…
(rituals, ephemeral monuments and brides)

Giuseppe Desiato
Like the quietness of flowers…
(rituals, ephemeral monuments and brides)

curated by Elena Re 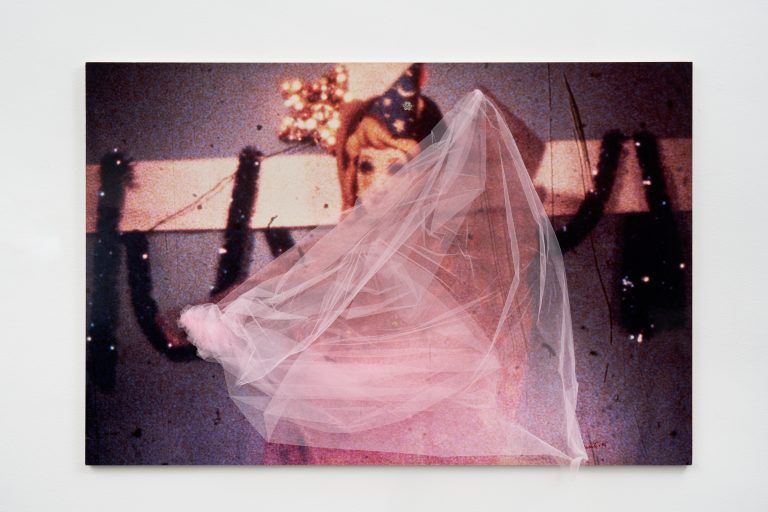 “Like the quietness of flowers…” This fragment from a poem by Giuseppe Desiato sounds like a mystery, tender and enigmatic at the same time. To discover the meaning of these words, one has to im- merse oneself into Desiato’s work as well as into his personal life. Naples, his city, lives in this poem as well as in his work. Yet the artist is also part of an international discourse to which he contributes vividly with his clear vision. His artistic practice cannot be defined as part of any movement as it is rather a kaleidoscopic experience that explores the singular and complex universe of an individual. Desiato could be described as a “tableau vivant”, moving in between art and life as he conceives his personal narrative which he then projects onto a collective dimension.

Born in 1935 to a single mother, the illegitimate daughter of a Catholic priest, the artist does not hide his personal history. With his background in mind, he experiences a fascination with Neapolitan popular culture, whilst at the same time, having regular exchanges with the artists of the Viennese Actionism, especially Hermann Nitsch. Religion, sex, transgression, poverty, rebellion and dream are just some of the elements of a tale that seems to draw inspiration from the intimate experience of the individual, within the broader context of his ethical and political commitment. 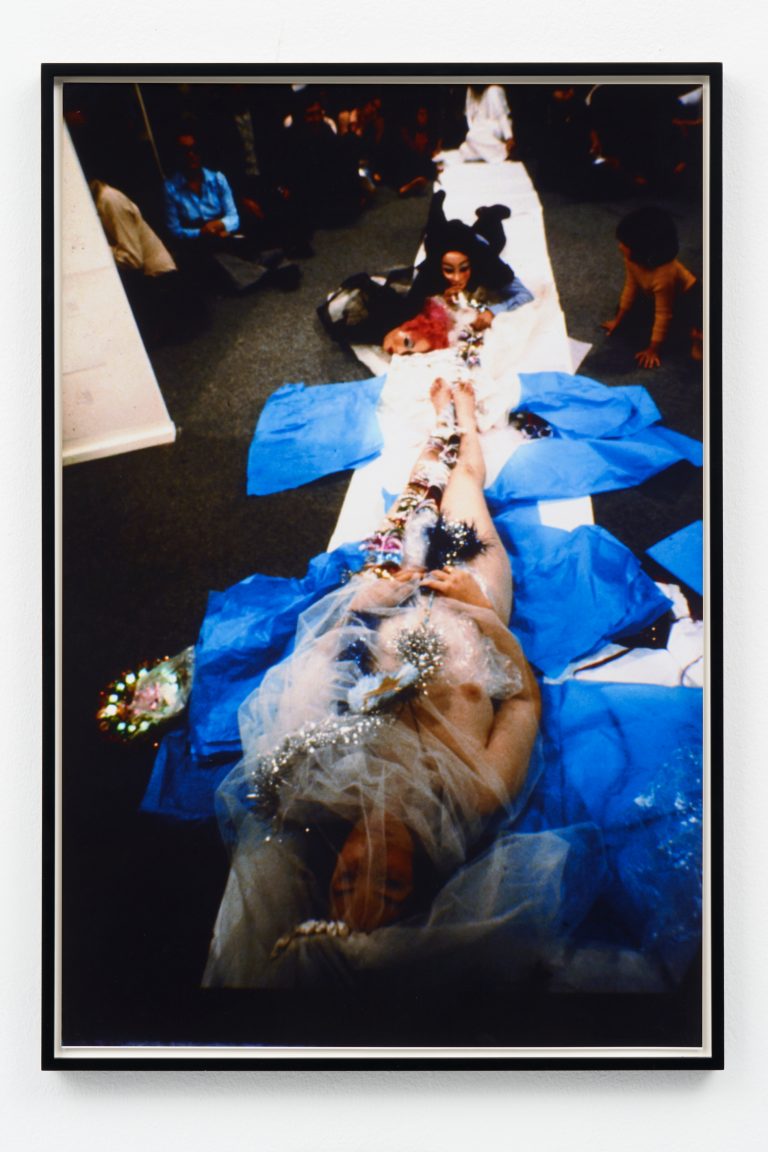 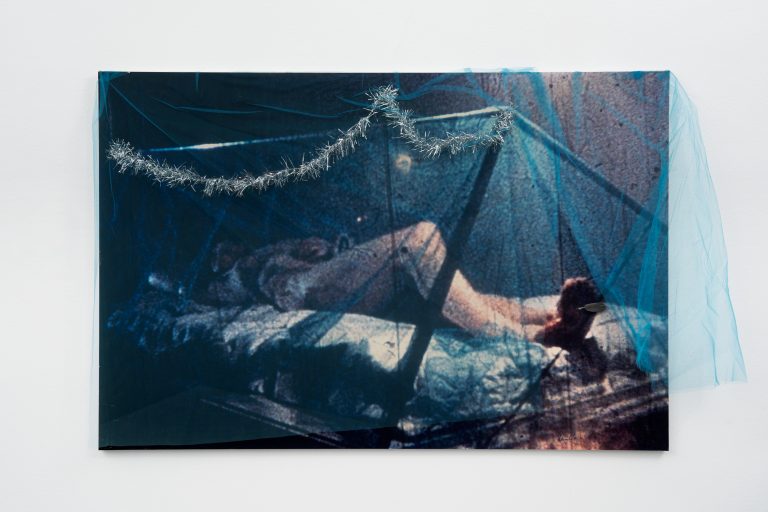 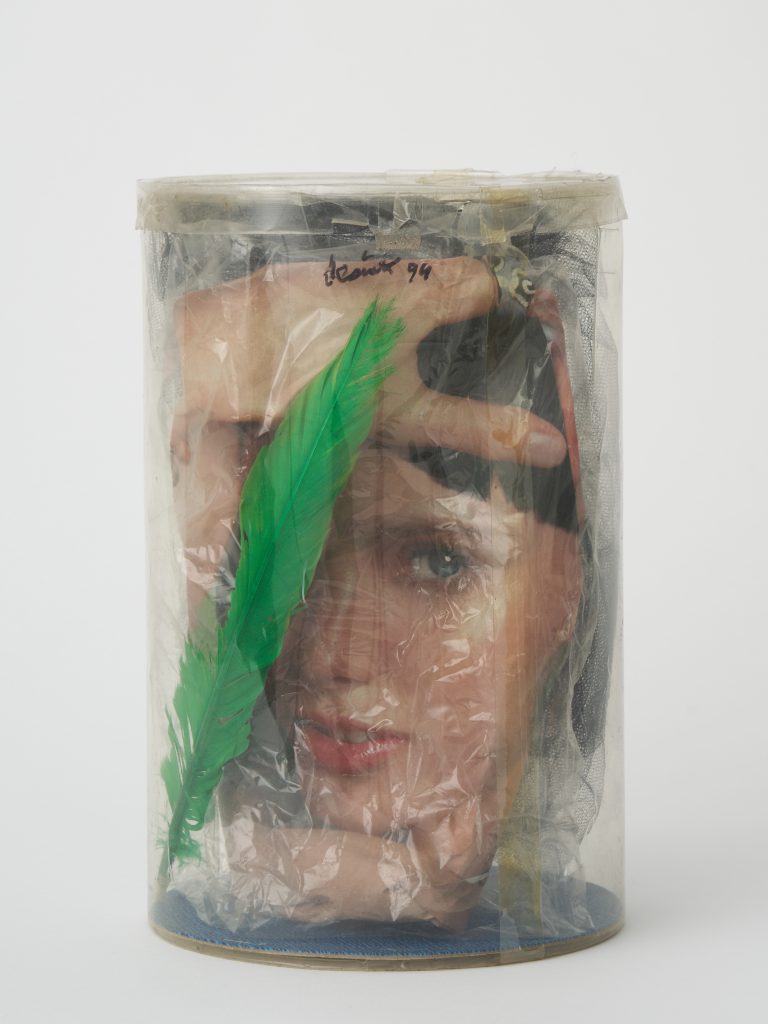 From 1955 onwards, the artist focuses on the physical, the spiritual and the sensorial, interacting with people and objects through “allencompassing actions’’. In 1975, at Art Basel, he stages a performance with the cellist and Fluxus artist, Charlotte Moorman. He undresses her, covers her with veils and flowers and, under the gaze of Hermann Nitsch, transforms her into a Madonna figure. In 1983, in Naples he realises Dalla sposa alla pittura, dalla pittura alla sposa (From bride to painting, from painting to bride) a performance in which everything emerges from the interaction between bodies (the body of the artist and the body of the bride), from the embrace with the bride. These actions were almost always unscripted, yet overflowing with interactions involving sound, colour, eroticism, magic and rituality. The same applies to the so-called “crucifixion actions”, which Desiato stages, photographs and subsequently destroys, celebrating and immolating an image of a woman he names: Samantha. With an almost shamanic ability to touch the soul of things, Desiato creates paintings, assemblages, films and photographs, the very expressions which speak of life.

The artist creates his own poetics: something different from Body Art, even if similar to it, something outside of Fluxus even if close to it, something distinct from Viennese Actionism even if relating to it. Desiato is operating along the periphery of accepted Behaviour with extreme individualism, which some would say is a typically Italian trait. To the extent that the body becomes a medium, a territory of possibilities, a perceptive openness to the world. By operating in a context that is recreated and shared each time, he can finally overcome the centrality of the work as “object” and emphasise it as “pure experience”.

From 1963 onwards, Desiato produces the body of work entitled Monumento effimero (Ephemeral Monument) or Monumento inutile (Useless Monument). Here, many themes come into question: the monument as a structure immutable in time, the concept of sculpture itself as well as the meaning of the altar. On this basis, the artist creates totemic structures made out of white, painted, cardboard boxes stacked one on top of each other, found objects, artificial flowers, fabrics, dolls, onto which he attaches pages from weekly illustrated magazines with women’s faces, that the artist places in transparent boxes as if to preserve an identity erased by fast-paced consumption. In the vortex of these actions he and other people sometimes enter the scene, and the camera begins to register everything. The work is thus translated into a photograph of something that would soon after disappear. 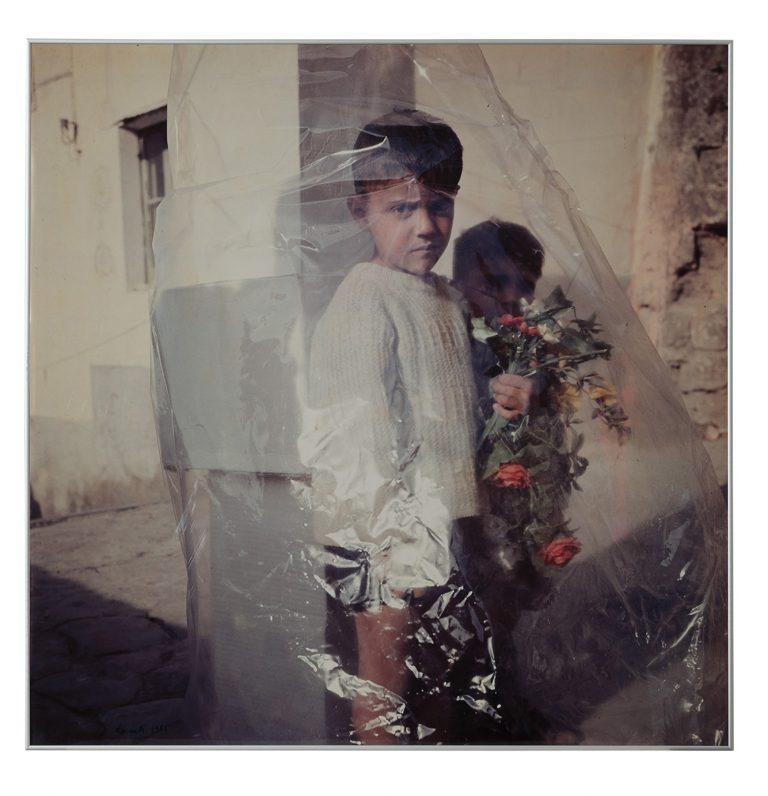 The same process also occurs when Desiato paints; the memory of the performance is kept alive by the canvases on which he has made live and spontaneous colour interventions. These are women’s bodies and faces, handprints, beating hearts, traces of writing. Details of a scene capable of preserving its emotional impact. Disassembly and assembly are essential qualities in the artist’s expressive pursuit, as they imply an idea of transcendence. The works entitled Scatola (Box) are small votive objects dedicated to the female figure. They are autonomous, minimal entities yet at the same time, core elements of a much broader discourse. Based on this sentiment and on various stills from his films, Desiato produced Senza titolo (Untitled), 1994, a body of large photographic works onto which he added elements such a stocking, a feather, a ring… objects that embody a totality that wants to be infinitely reformulated.

“I want to be always independent, like the quietness of flowers…” By adding a fragment of poetry, Desiato’s work gradually reveals its alchemical mystery. And so for the artist, peace is restored, chaos is transformed into cosmos. Everything comes into view because Desiato’s work is essentially a constant search for a possible balance between culture and nature, between the individual and the world. His work destroys in order to reconstruct, unmasks in order to reveal and searches in the obscure folds of life for its fullest and most luminous meaning.

The exhibition is realised with the support of the Stiftung Kunstfonds and the special programme Neustart Kultur.