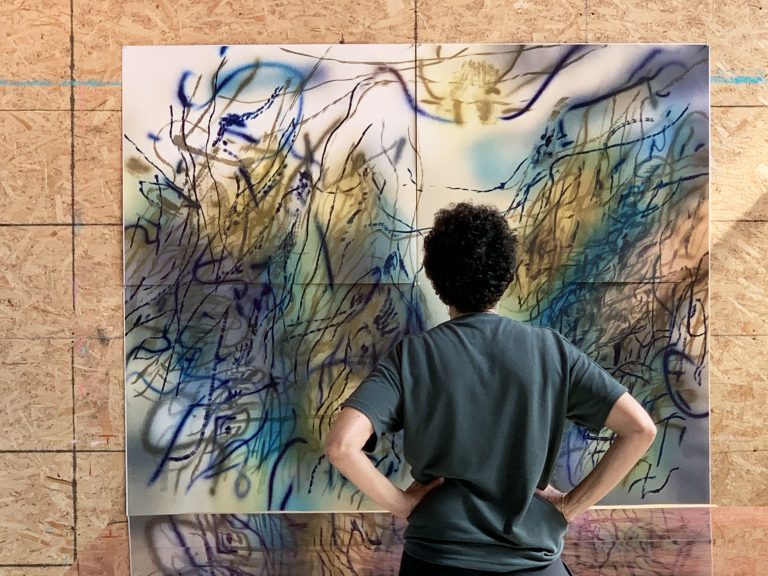 In the chromatic large-scale prints of Julie Mehretu’s Slouching Towards Bethlehem at BORCH Gallery, the artist combines photogravure with classic intaglio printing techniques. The base layers are distorted news images from anti-immigration protests, blurred extensively to allow the subliminal forms, color, and light from the photos to merge with the complex compositions of agitated gestures and erasures which Mehretu executed in a variety of printing techniques. 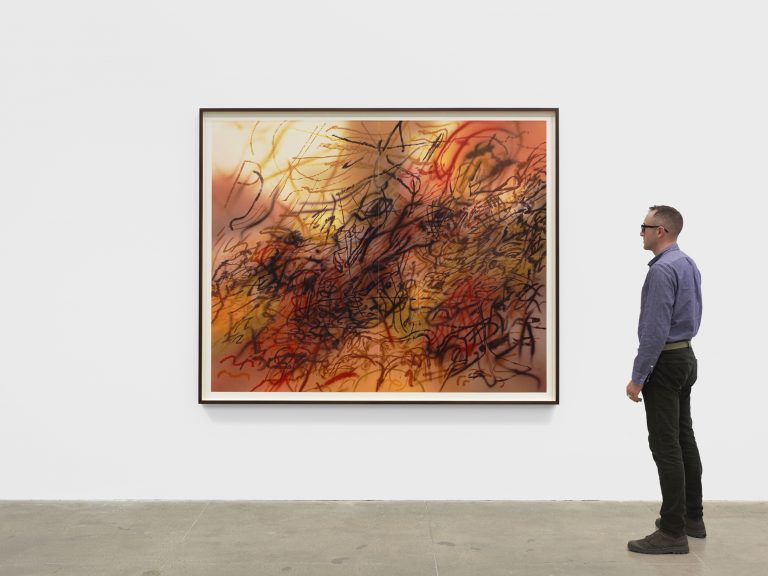 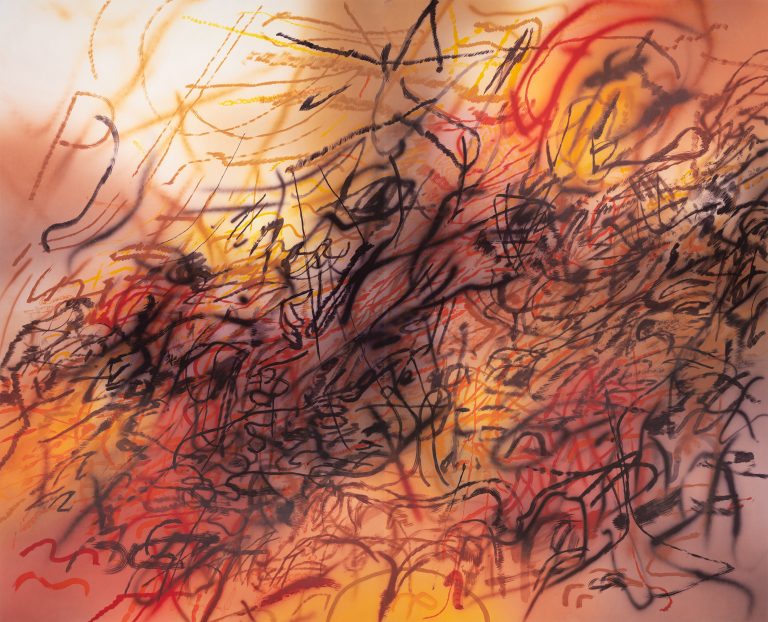 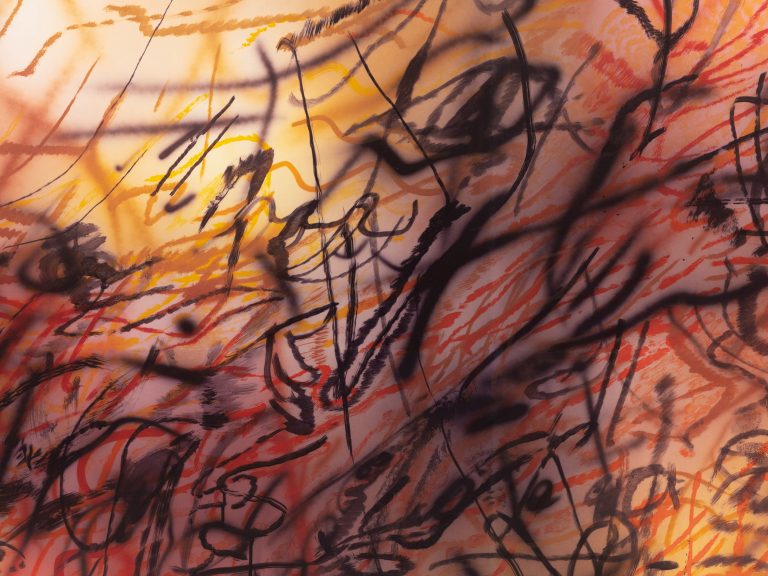 At the moment of trauma there was also this moment of complete suspense.

The title of the series stems from Joan Didion’s 1967 essay Slouching Towards Bethlehem, which in turn references William B. Yeats’ poem The Second Coming (1919). Both authors describe a moment of reigning chaos when everything seems to culminate and fall apart; right before everything is halted, awaiting what’s to come. For Mehretu, this reflects the time while she was working on the prints (2019/2020): A moment of severe uncertainty scarred by the rise of fascist authoritarianism, civil unrest, an upcoming US election with an uncertain result, and a global pandemic. Mehretu understands the prints as four states of the same event similar to the opening of the first four seals in The Book of Revelations and the moments of the arrival of the four horsemen.

Mehretu’s painting and drawing practice has long been complemented by printmaking projects. Her first collaboration with BORCH Editions, Epigraph, Damascus (2016), marked a point of departure both in terms of scale and technical complexity of her print projects. Slouching Towards Bethlehem testifies to the recent shift in Mehretu’s practice reflecting her preoccupation with modified digital imagery as well as her evolved mark-making. 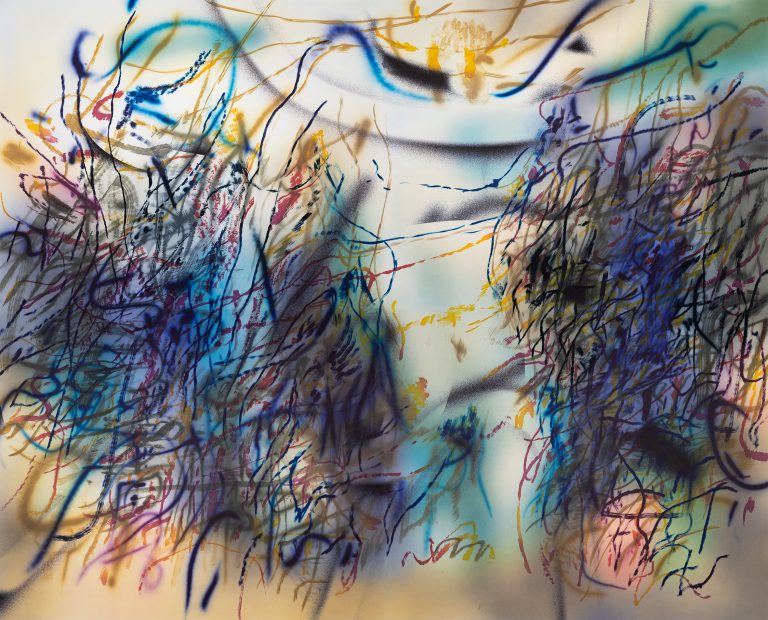 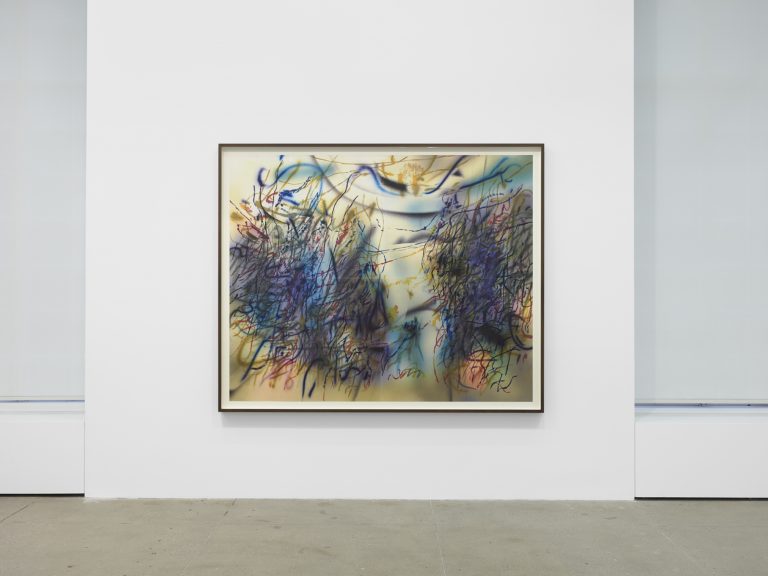 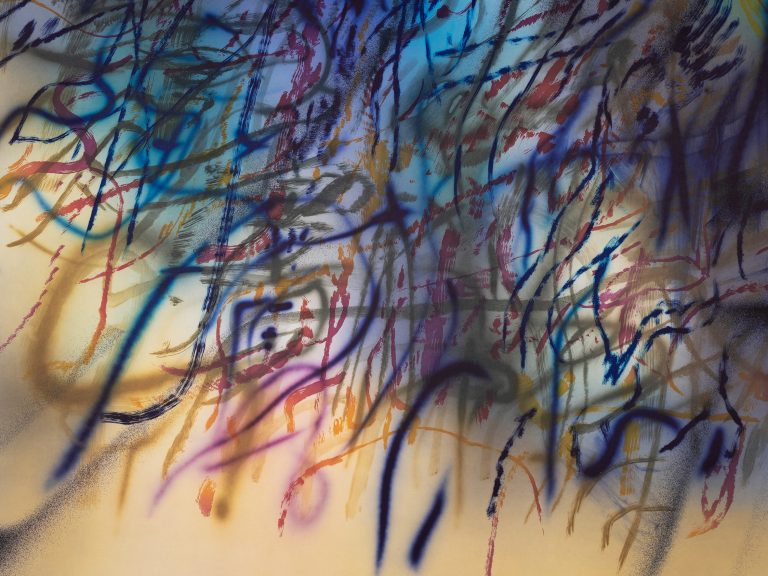 I was interested in how they were these four states of an event, how their colors were so specific, each one having its own palette, existing also separate from the others. 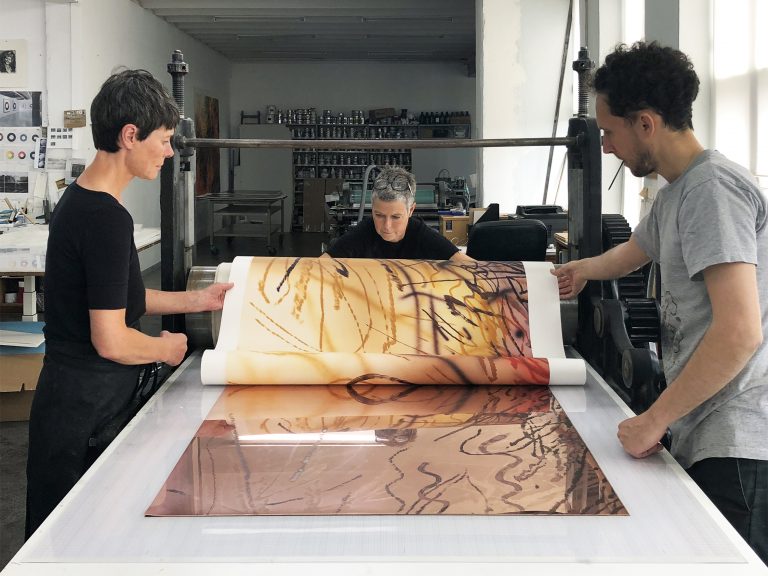