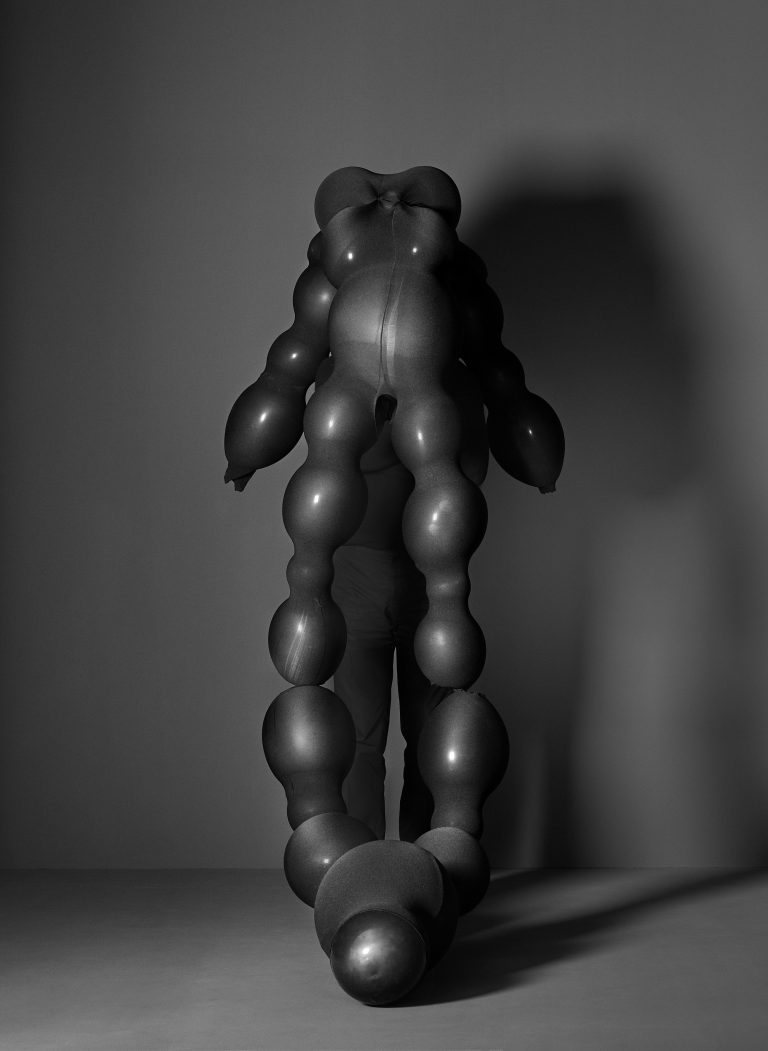 Jürgen Klauke is one of most renowned artists in Germany. In the early 1970s, coming from body-related, slightly surrealistic drawings with a quirky pop appeal, he co-introduced the concept of photographic Self-Performance into the arts and thus co-founded Body Art. Since then, he has played a decisive role in shaping its development over five decades as an important driving force.

In his practice, Klauke deals with questions in the field of tension between sexual identity and self-determined existence; questions that, when he took them up at the beginning of his career, were still a marginal and minority topic, even in the arts, and which today, at least in many Western countries, have arrived at the centre of the overall societal discourse.

In Kreuz&Queer, the basic mood drives the sound of my work to new shores. It is an interplay of negative and positive, of inside and outside, of surfaces and lines, emptiness and fullness, of swelling and subsiding. Geometric forms seemingly provide support and heighten the bursting out and in of the organic. (…) The formal aesthetic of schematised bodies, torsos, fragments, prostheses and signs of dissolution reveals itself to be erotically or sexually charged and at times existentially endangered.

The exhibition at Gallery Weekend Berlin 2022, Klauke’s fourth solo show with the gallery, is also committed to this context. Under the title Bodysounds / Kreuz&Queer, it features recent photographic works and drawings by the Cologne-based artist. In the large-format C-prints from the Bodysounds cycle, Klauke, in close association with a doll-like creature consisting of nylon tights filled with balloons and sewn together, stages himself as a polymorphous being in transformation, while the finely chiselled ink drawings from the Kreuz&Queer series present further, fascinatingly multifaceted and virtuosically interlaced metamorphoses of the genders. Everything here appears boundlessly diverse and constantly in flux. 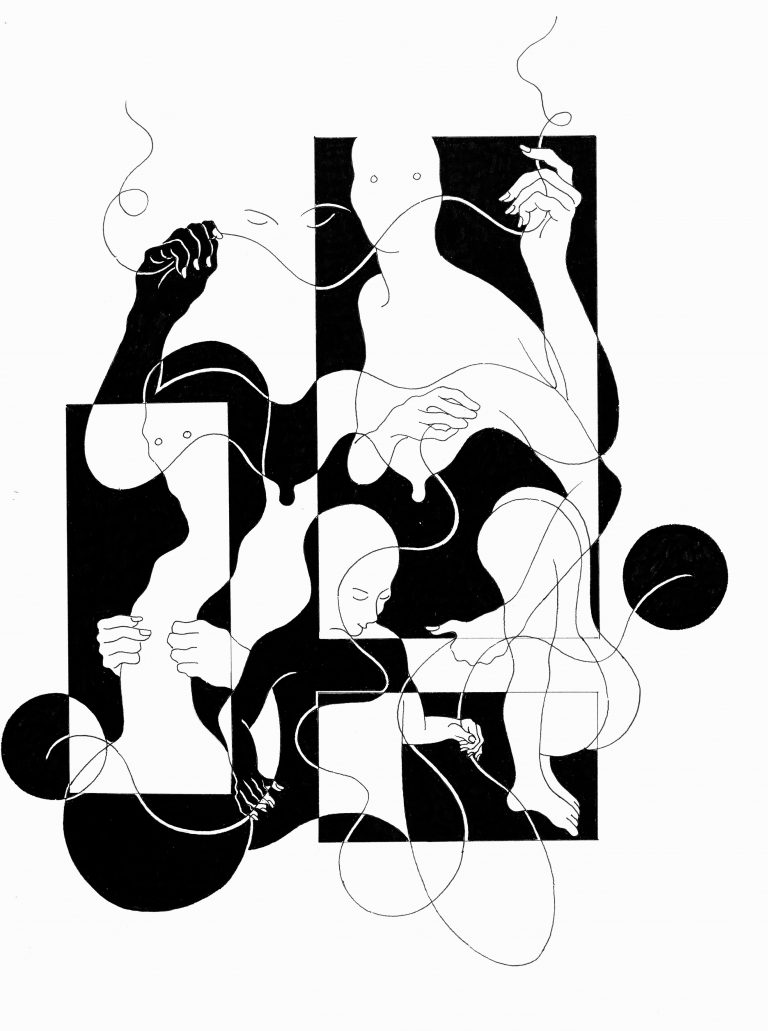